Play-Doh, a children’s modeling compound popular since the 1950s, is a reincarnation of a compound with a completely different purpose first introduced in 1933. The Kroger grocery store asked soap manufacturers Cleo and Noah McVicker of the Kutol company for a wallpaper cleaning compound. Noah mixed flour, water and salt to make this effective cleaner for the removal of the soot coal burning stoves produced. 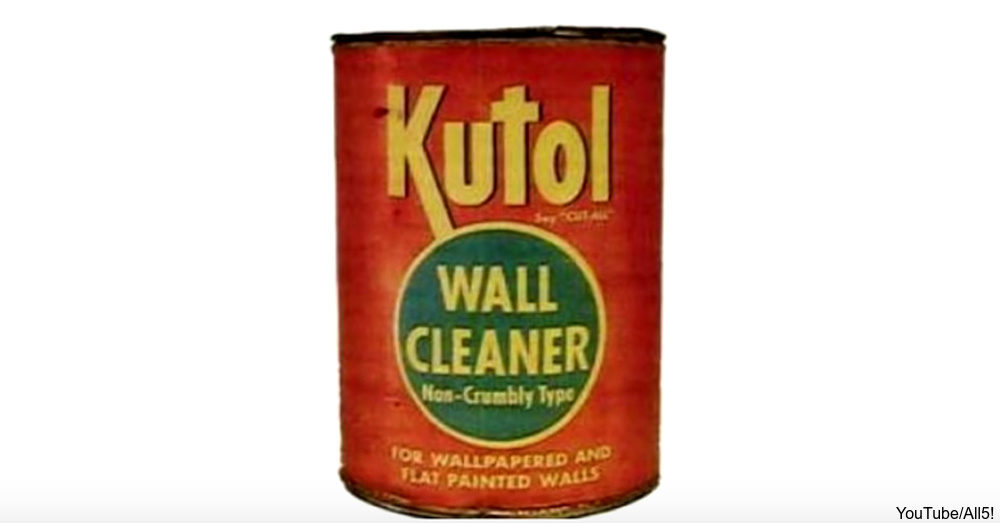 Within the next decade the nation was involved in World War II, and after the war, coal gave way to other fuels for heating, reducing the soot problem. Manufacturers began developing vinyl wallpapers to replace those made from paper, and by the 1950s, Kutol’s future seemed doomed.

By this time, Joe McVicker was the leader of Kutol and his sister-in-law was a preschool teacher. While looking for crafts for her class, the sister-in-law discovered the cleaner worked as a modeling compound. Joe seized the opportunity and began manufacturing the product in three primary colors instead of gray. The product, which McVicker originally called “Kutol’s Rainbow Modeling Compound,” eventually became known as Play-Doh. McVickers began the Rainbow Crafts company in 1956 and advertised the new product on children’s shows, including Captain Kangaroo. It was available in Macy’s and Marshall Fields. Within a year, Rainbow Crafts sold over $3 million worth of the former wallpaper cleaner.

As of 2016, Hasbro manufactures Play-Doh through its Playskool division. The company has introduced accessories for the product and it is available in many different colors. The formula has changed with time and is a proprietary secret. However, since the modeling compound’s invention consumers have purchased more than 700 million pounds.Like Play-Doh, many of the products we take for granted in our homes have interesting histories. Some, such as ice cream, were once reserved for royalty. Learn about this frozen delicacy that only became available outside the king’s palace once Grace Countess Granville wrote down the recipe.