A History of Ice Cream, and The First Flavor Ever Made!

We know that ice cream is tasty (is there anyone who actually dislikes ice cream), but did you know there’s actually quite the interesting history behind it? Dating back to as far as the time of Alexander the Great —who would eat snow or ice flavored with honey and nectar —frozen treats have been around seemingly forever. And while historians debate the exact origins of ice cream as we know it today, the first known mention of the words “ice” and “cream” came from a feast for King Charles II of England (it’s thought that Catherine de’ Medici, Italian duchess and wife of Henry II of France, brought flavored sorbet recipes to France from Italy in 1533). 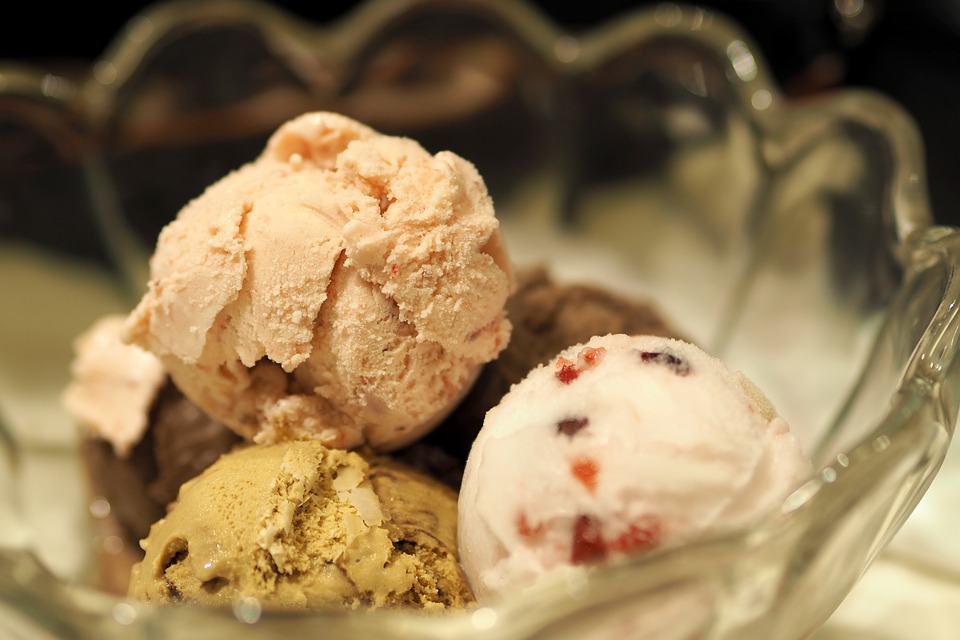 According to Gizmodo, King Charles would often feature a sweet dish known as “Cream Ice,” at his feasts that was similar to the recipe we know and love today. Charles wanted to keep the recipe a royal secret, but it became public when Grace Countess Granville wrote down the recipe, with directions to add “orange flower water” to the cream. That means the very first flavor was orange blossom!

Ice cream eventually made its way to the New World in the 18th century. The first advertisement for ice cream appeared in the New York Gazette on May 12, 1777. Allegedly, President George Washington spent $200 on ice cream in the summer of 1790! 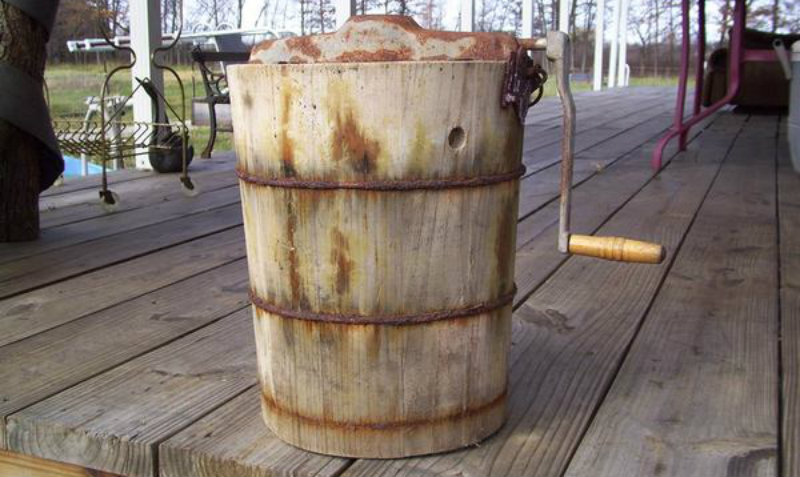 The art of making ice cream using an old-fashioned, hand-cranked ice cream maker dates back to 1843, when Nancy Johnson received the first U.S. patent for these machines. While many of us learned how to make ice cream in science class, it’s actually a pretty cool process! The small, inner bowl is filled with the delicious ingredients, and then surrounded by ice and a mixture of rock salt. The rock salt allows the ice to absorb the heat from the ingredients (which freezes the cream), while the user churns the cream to achieve a delicious consistency.

In 1874, ice cream soda was all the rage. Soda fountain shops and soda jerks would dole out treats as fast as people could eat them! Eventually, ice cream was everywhere! Soda shoppes, ice cream parlors and soda fountains were popular hangouts in the 20th century, with a wide variety of flavors and styles. 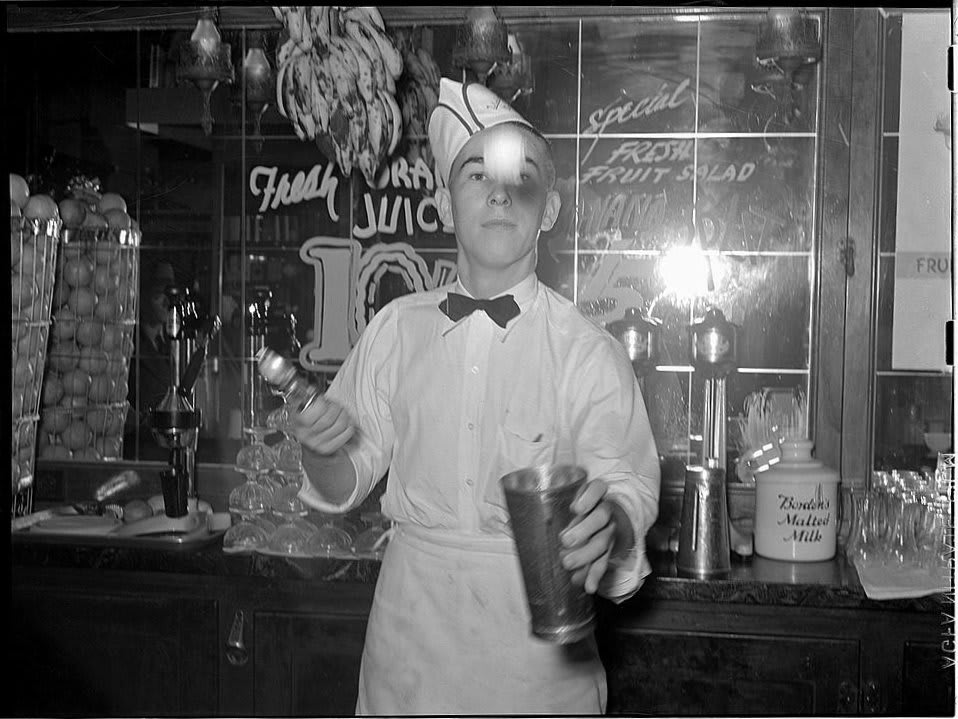 From: The Library of Congress