Beautiful Photos Show 75 Years of Weddings, And How Much Things Have Changed!

From corseted dresses to shifts, there is such a huge difference in a wedding dress from 1920 and a dress worn in 1970. And, it’s not just the clothing that changes. Wedding backgrounds, party size, location, flowers, and formality have changed so much since our grandparents were married. Have a look at 75 years of gorgeous weddings. 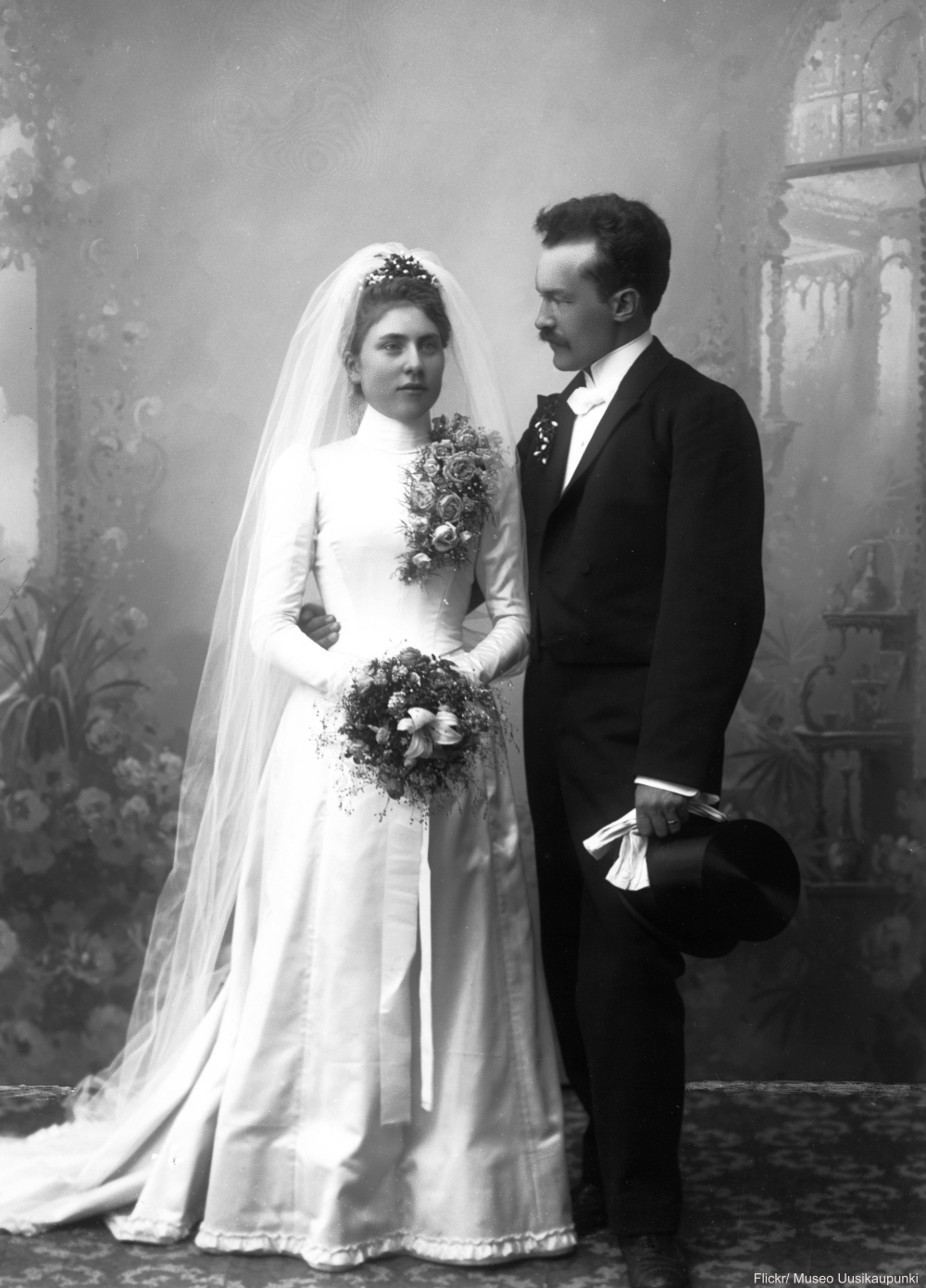 That dress has nary a wrinkle in sight and the bride looks stunning. The groom’s top hat and gloves give us a clue as to how formal their ceremony might have been. 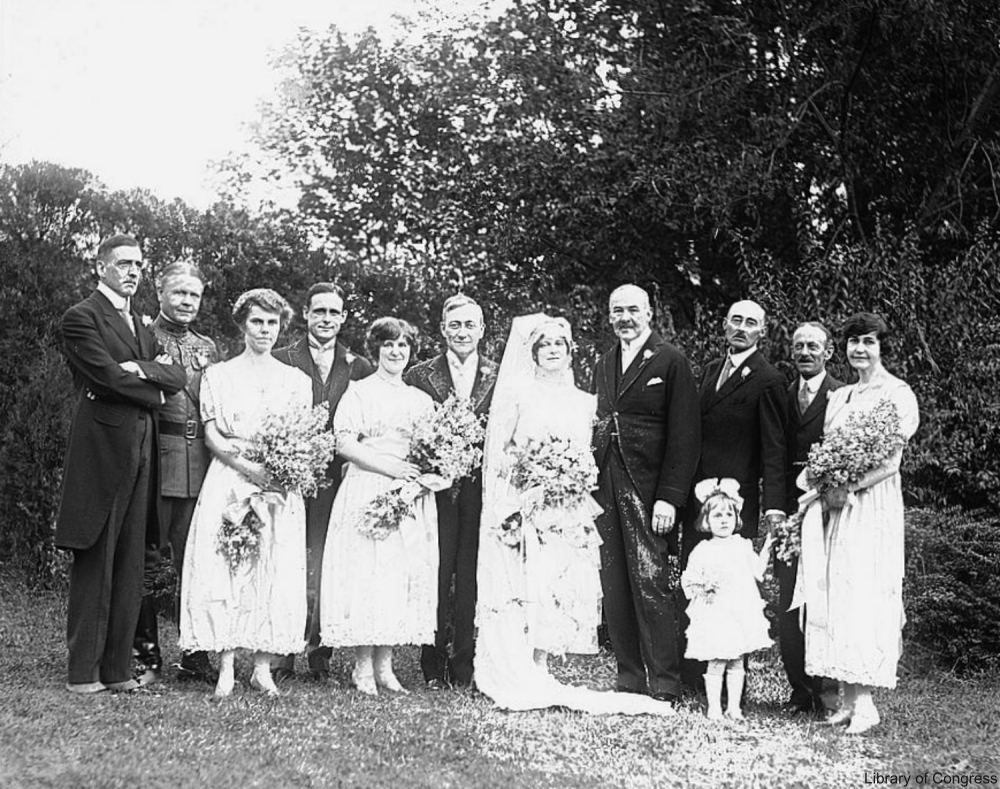 Shorter hair and shorter hemlines make the women in this wedding party seem much more modern. There’s still a ton of lace, though, and the men have tails on their tuxes. 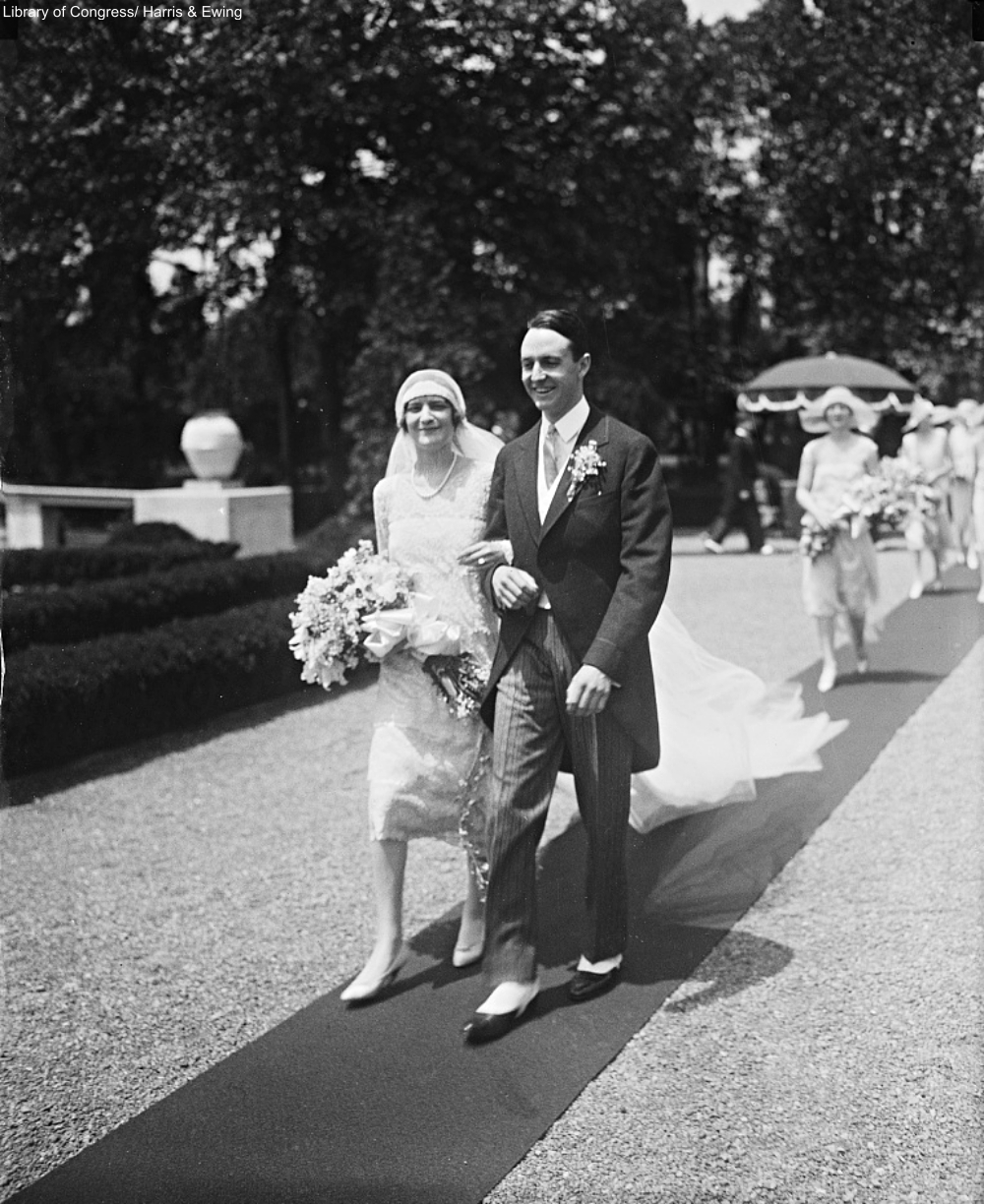 Spats and pinstripes on this luxe groom are so very 1920s upper crust! The bride has bobbed hair, but quite a lot of traditional lace. This garden wedding looks like a very swanky party! 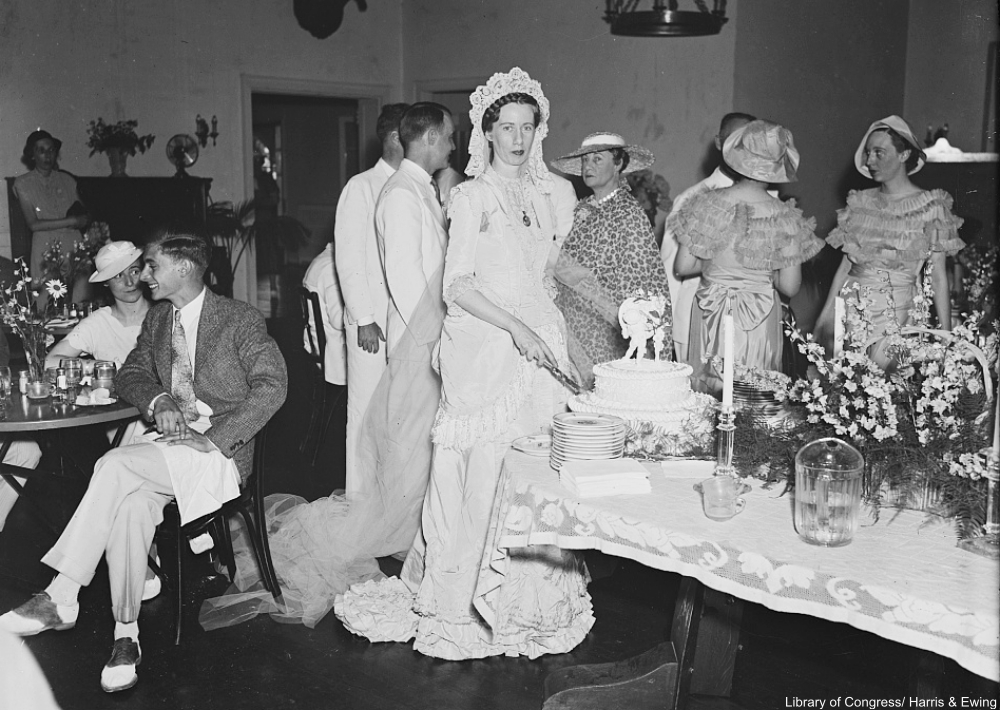 Here we see an early example of the ugly bridesmaid dress! With that many ruffles it’s amazing they could move their arms at all. The bride, though, has opted for a very traditional dress. Can’t help but wonder if it was an heirloom piece handed down from her mother or grandmother. 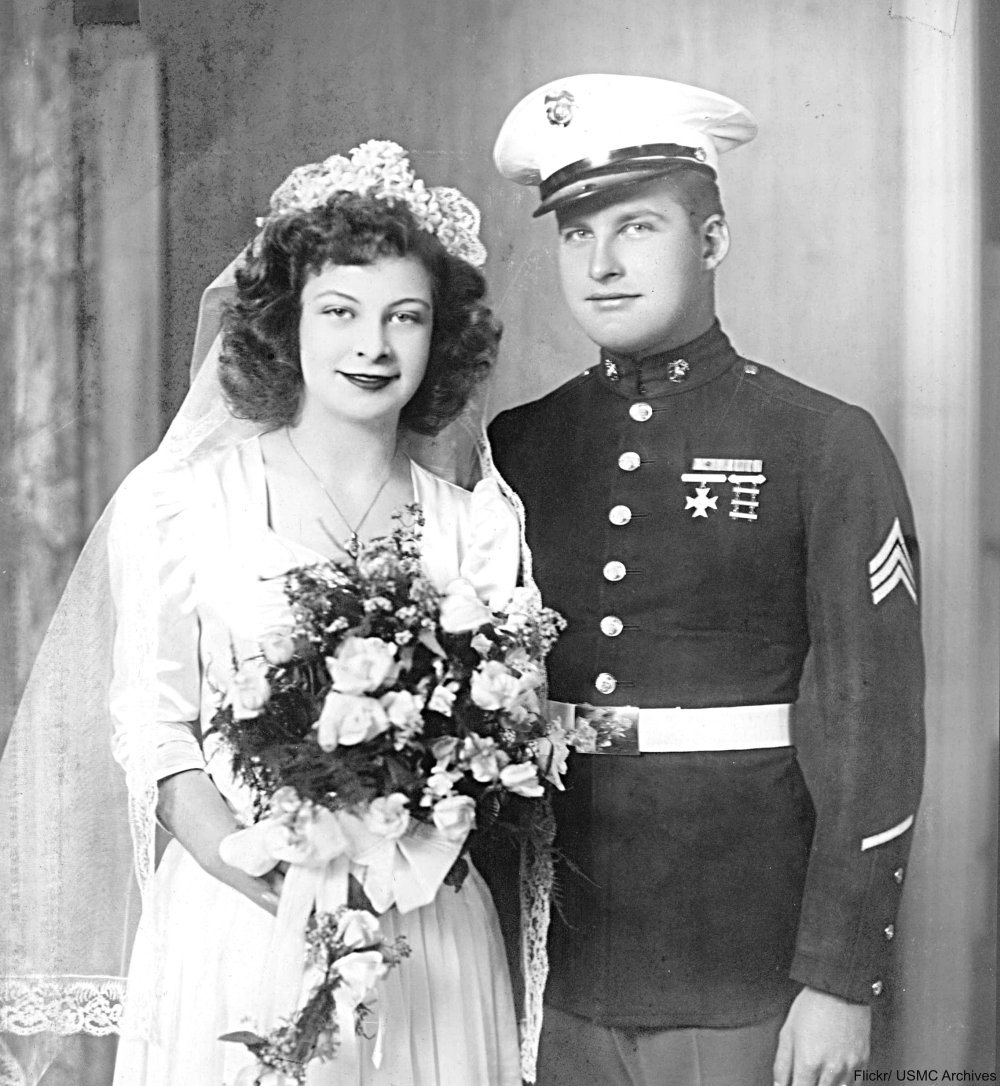 That modern sweetheart neckline and perfectly curled hair are period-perfect. This Marine wedding photo captures so much about the WWII era. What a lovely glimpse back into history! 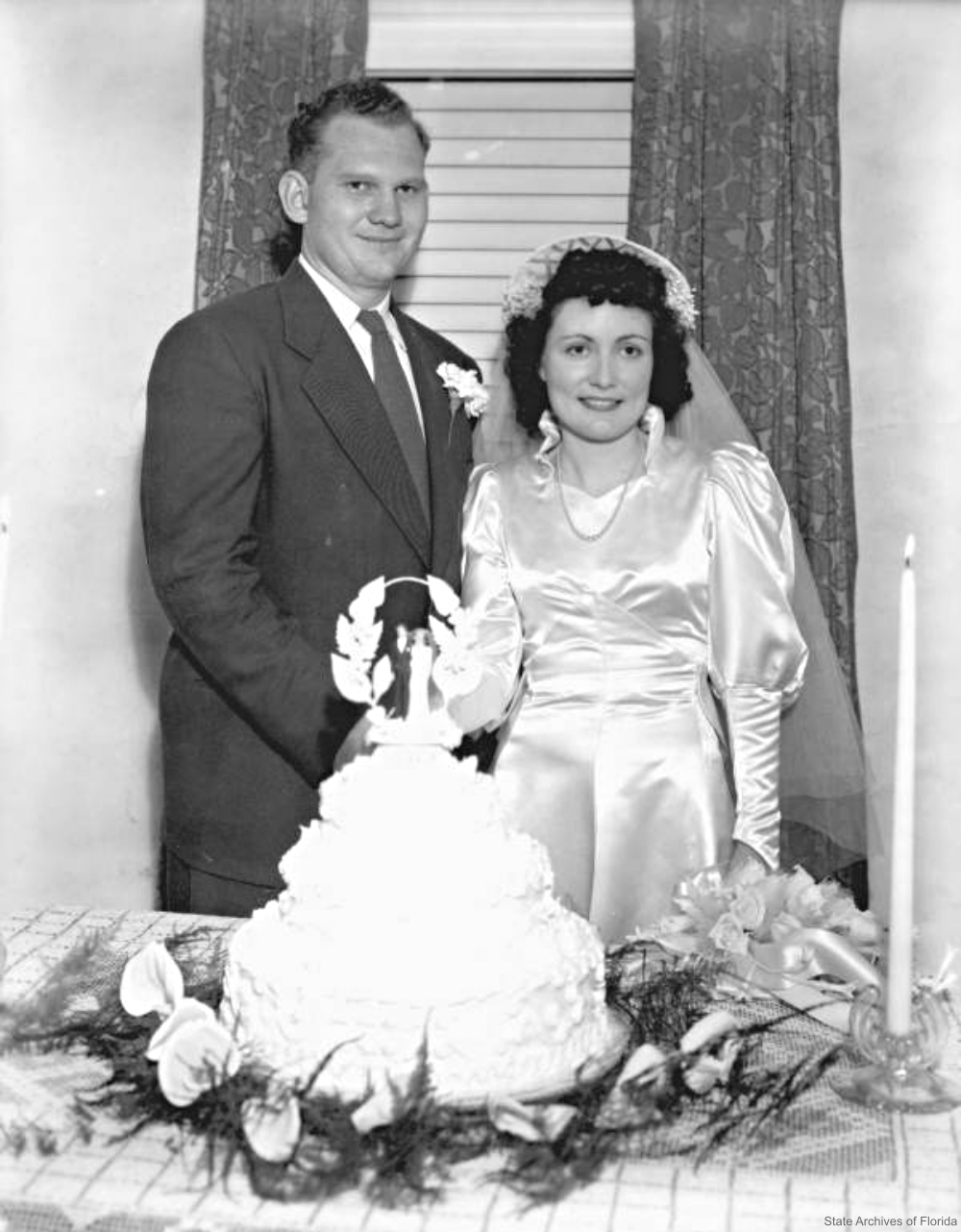 Another sweetheart neckline, this dress is a much more demure, though. The groom wears a suit instead of a tux in this modest wedding photograph.

Click the “Next Page” button to see the rest of these fun weddings!