8 Facts You May Not Have Known About JFK And Jackie

They have been called American royalty and have been the subject of many a discussion since becoming part of the public gaze. John F. Kennedy and Jackie had the style, grace, and character to be Hollywood stars. Instead they were cast as President and First Lady. Despite the media circus that surrounded them in life and in death, there are a few facts here and there about the power couple which may surprise you still. Read on to find out some little-known facts about this glamorous duo. 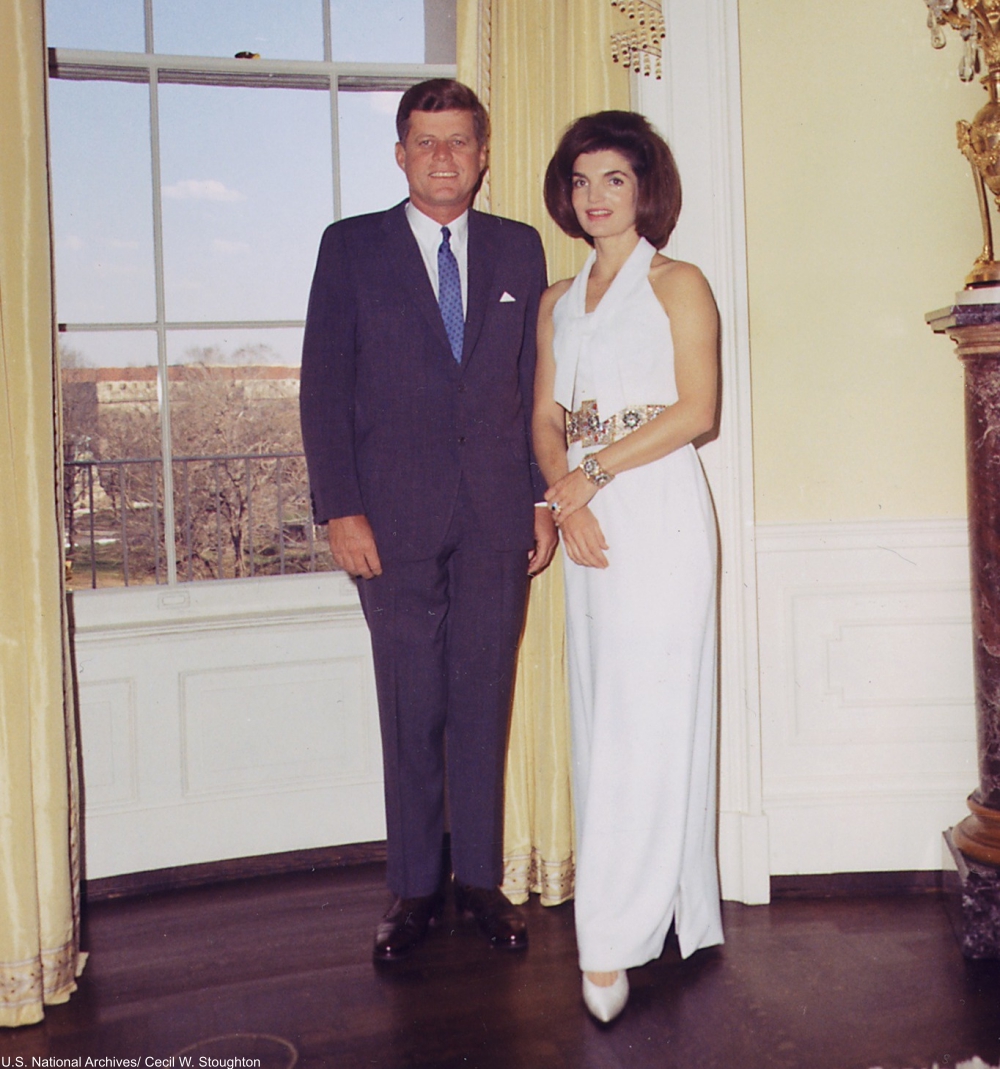 8) They Were Both Writers

Writing was important to both John and Jackie. He won a Pulitzer Prize for his book, Profiles in Courage in 1957, though later admissions revealed that he had hired two writers to help him with the book, and that he had only written drafts for the first and last chapters of the book. Rumors are that he also had worked on a spy novel, in which Johnson played a character.

Refusing to marry the first man she was engaged to for fear that she might be pressured to become a housewife, Jackie’s attitude towards work was a very serious one. She felt that working was extremely important for her. Before her marriage to JFK, she worked as a reporter and photographer for the Washington Times, even interviewing Nixon years before he would run against her future husband in the presidential election. She authored one book and even turned down a Vogue magazine editor position she had won. And, she maintained her job as an editor from 1975 until she died in 1994. 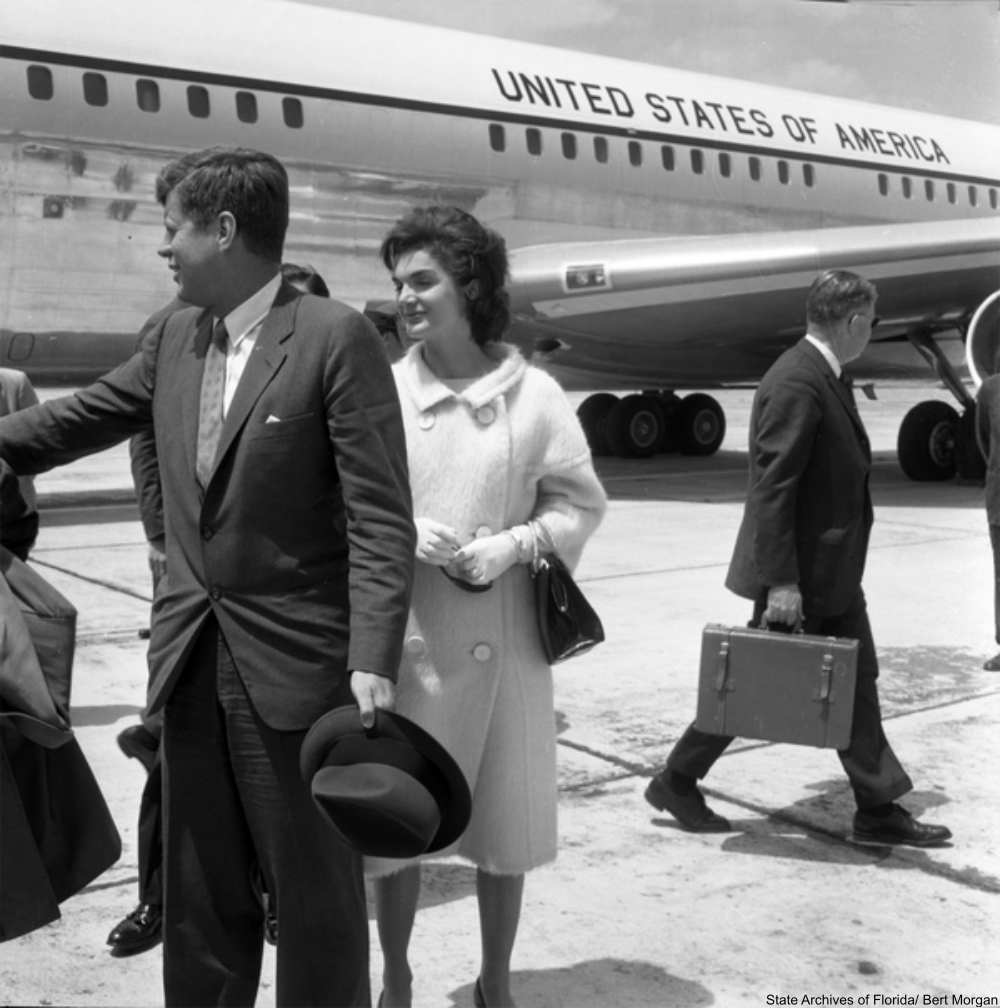 Jackie spoke several languages, including Spanish, French, Italian, and Polish. She used her skill with languages to deliver speeches in France and to film campaign ads in Spanish for her husband. Her knowledge of languages was a great asset to him before and after the election, though JFK never learned any other languages besides English. 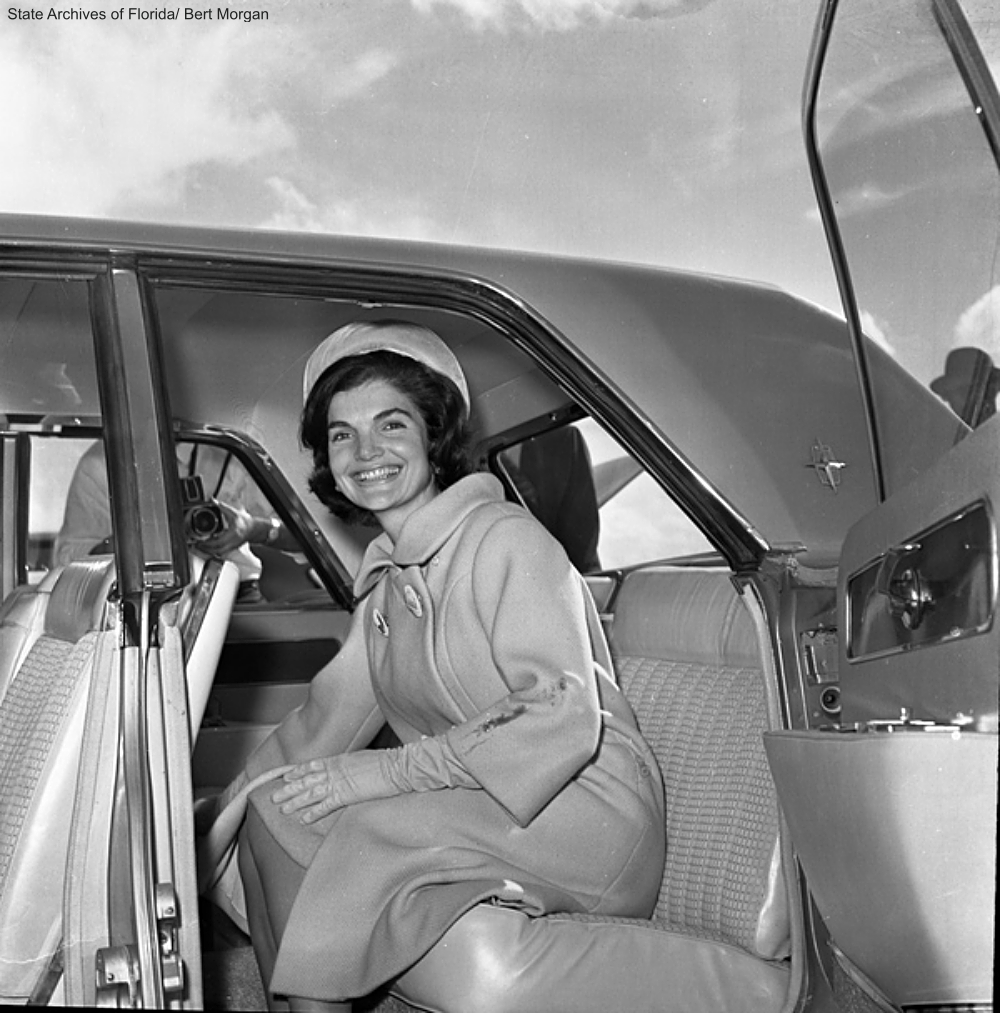 6) JFK and His Cigars

Petit Upmann was his brand and he was going to smoke those cigars: embargo or none! Just hours before signing the Proclamation 3447, which would ban all Cuban products from the United States, President Kennedy asked his head of press, Pierre Salinger, to acquire for him 1,000 Cuban cigars of the aforementioned brand. Salinger delivered 200 more cigars than the president had asked him to and JFK signed the agreement shortly after being notified that the cigars had been acquired. 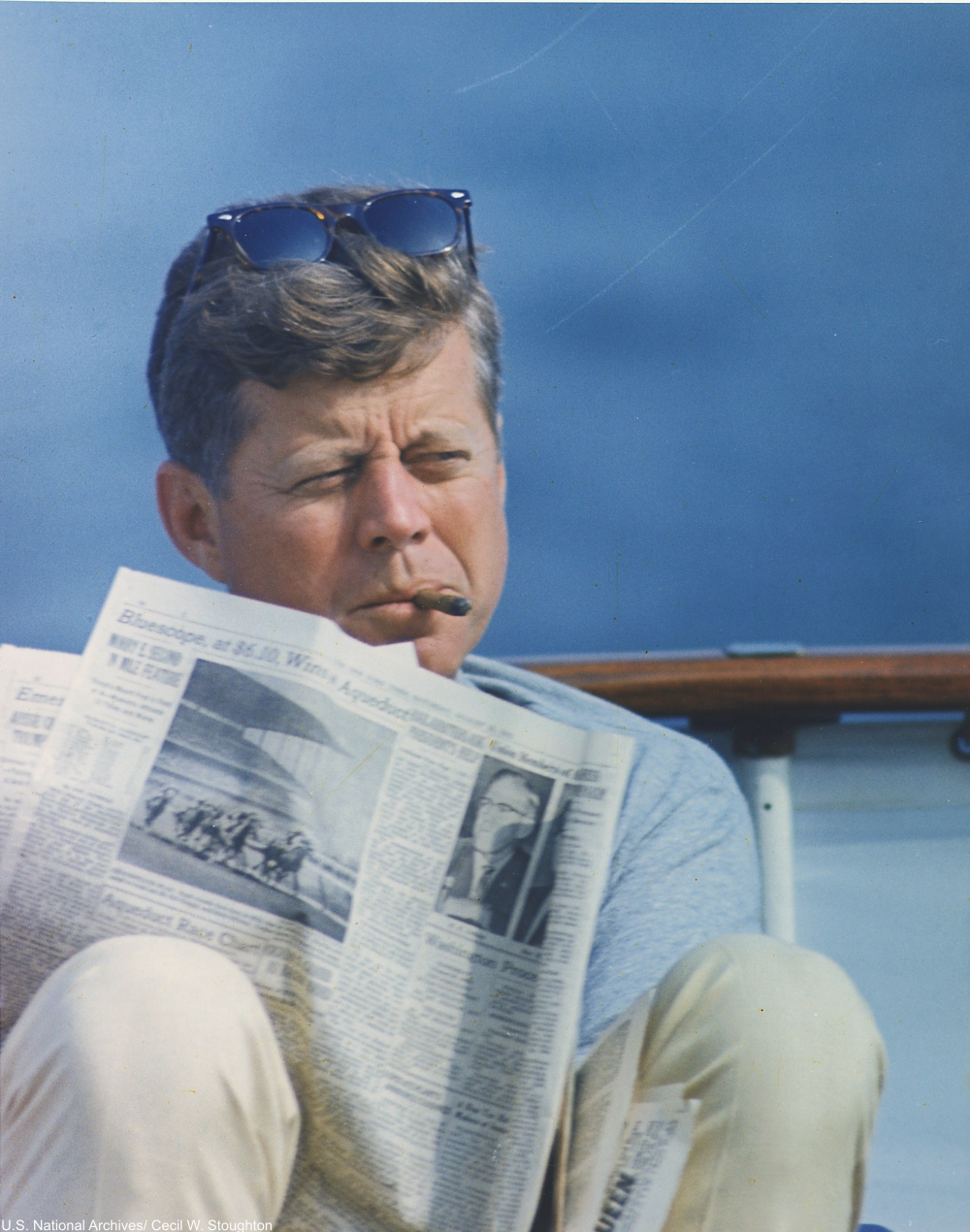 President Kennedy in August of 1963. Via/ U.S. National Archives

Jackie, significantly less-than-thrilled with the media attention her daughter attracted on her way to school each morning, created a school within the White House so that Caroline could learn in peace. This unique school was host to many high-profile guests and boasted a small group of integrated students. White House staffers also sent their children to the school. 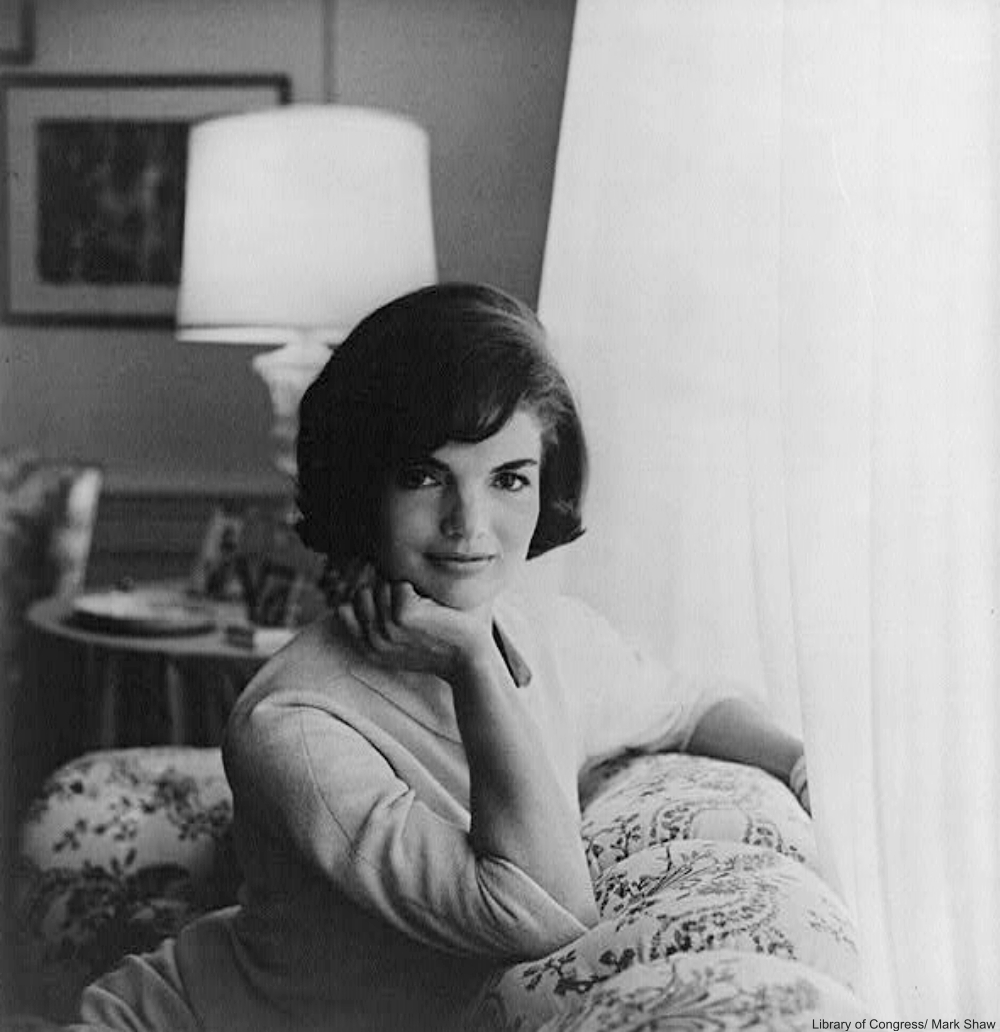 4) She Was an Emmy Winner

Jackie won an honorary Emmy for her acclaimed 1962 tour of the newly renovated White House, for which Lady Bird Johnson accepted in her place. This historic piece of television history placed her right in the public eye and we were enchanted. Take a look at this clip of the White House TV special. 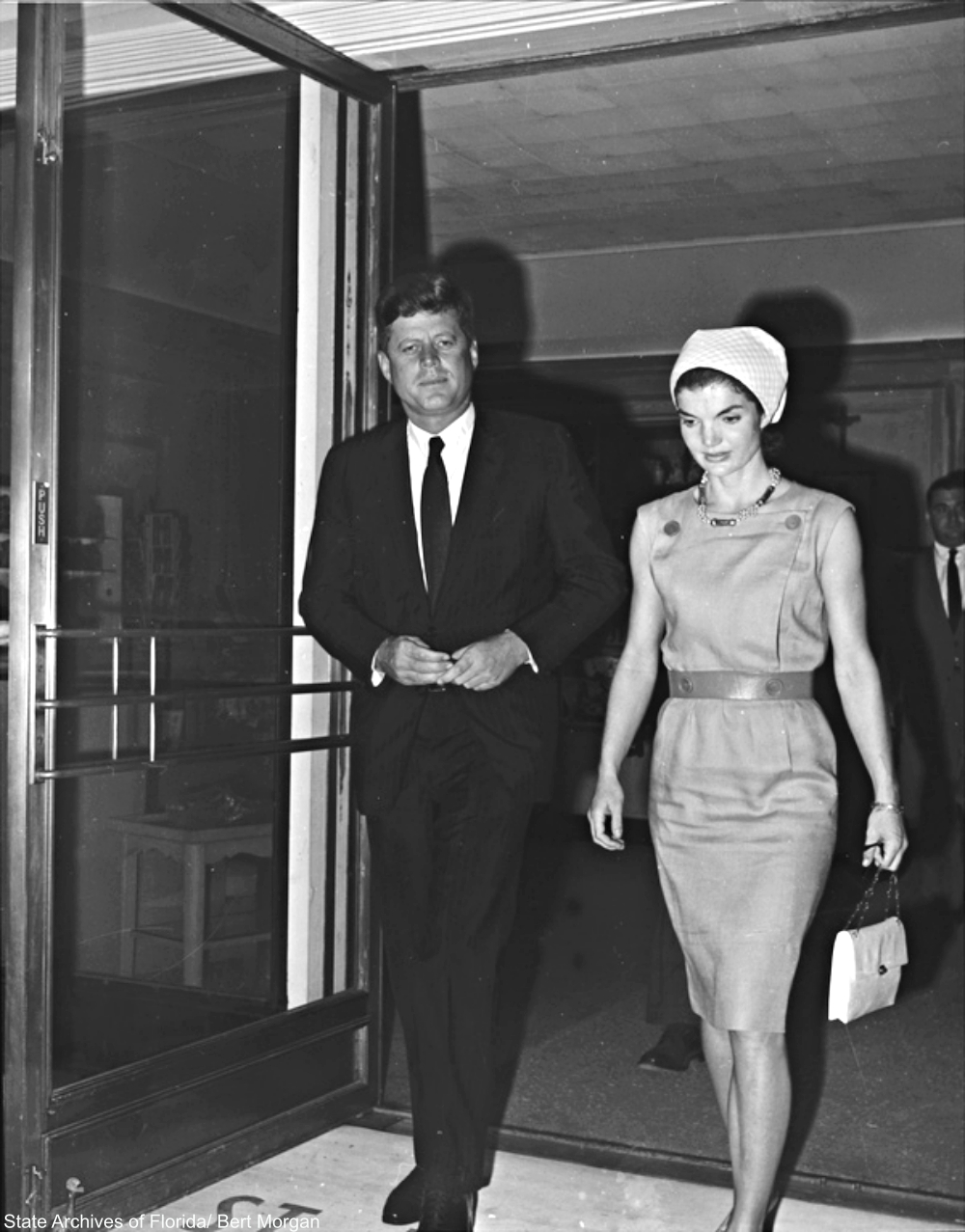 Before the shots that rocked the world, JFK was the target of at least four other assassination plots. A plan to park and detonate a car filled with dynamite near the president was partially carried out by Richard Pavlick. The bomber supposedly changed his mind when he saw JFK’s young family with him, and headed home. But, the plot was uncovered after the fact. Two other plots were uncovered later as well, another in Florida and one in Illinois. 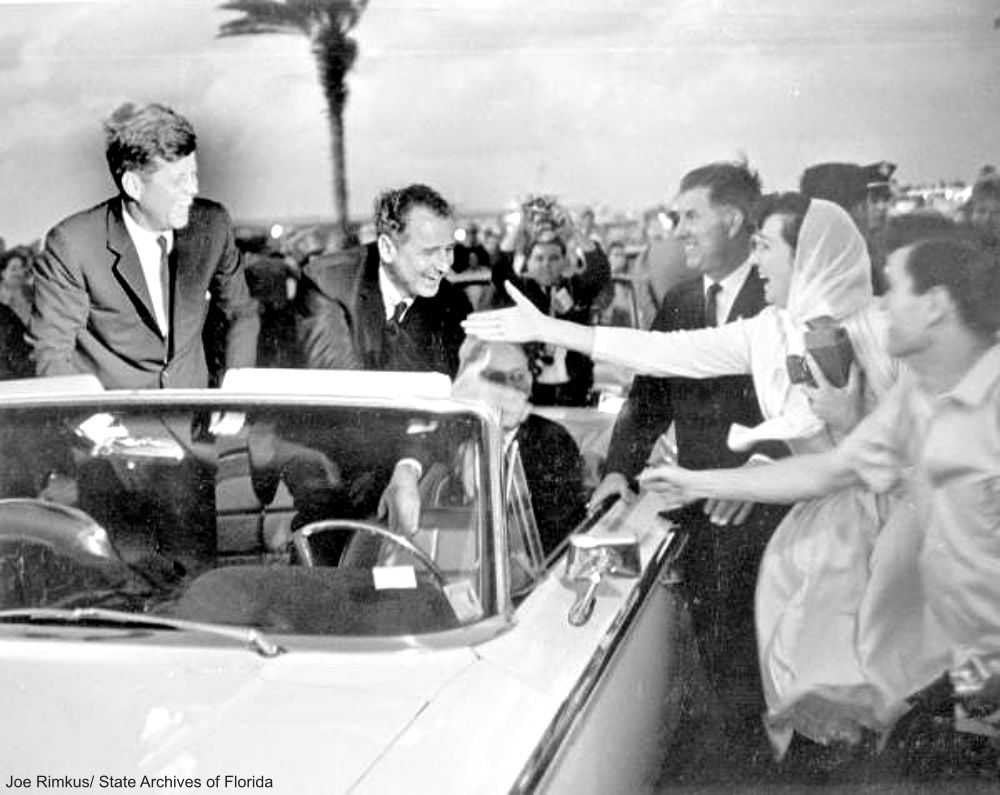 2) The Many Last Rites

JFK had been administered last rites 5 times before that fateful day in Dallas when he was issued them for the last time. Owing to the diagnosis of Addison’s disease and back problems (including surgery), Mr. President came close to death on more than one occasion. Last rites were issued in Massachusetts, in England, in Japan, in New York, and finally in Dallas after being shot in Dealey Plaza. 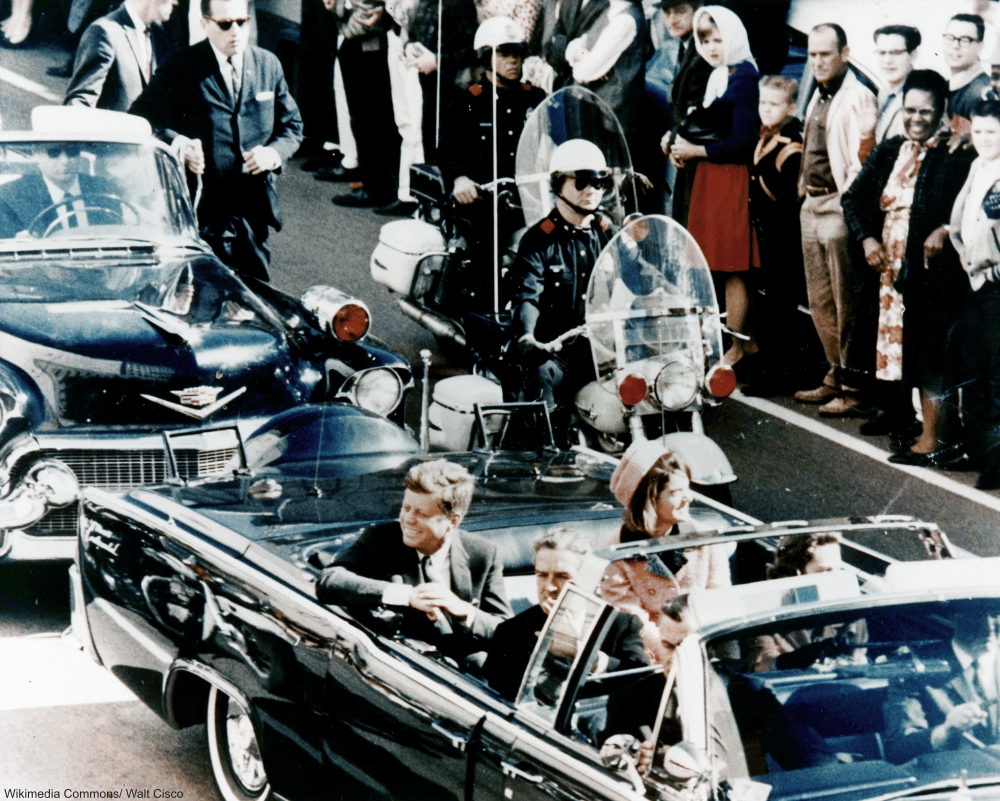 Apparently on her wedding day, Jackie had envisioned a sleek, modern number. Instead, she was persuaded by her family to wear a traditional flouncy white dress with an exceptionally long veil and train, simply covered in lace, which she despised. We have to wonder if she would have preferred something more like the ensemble below from 1961. 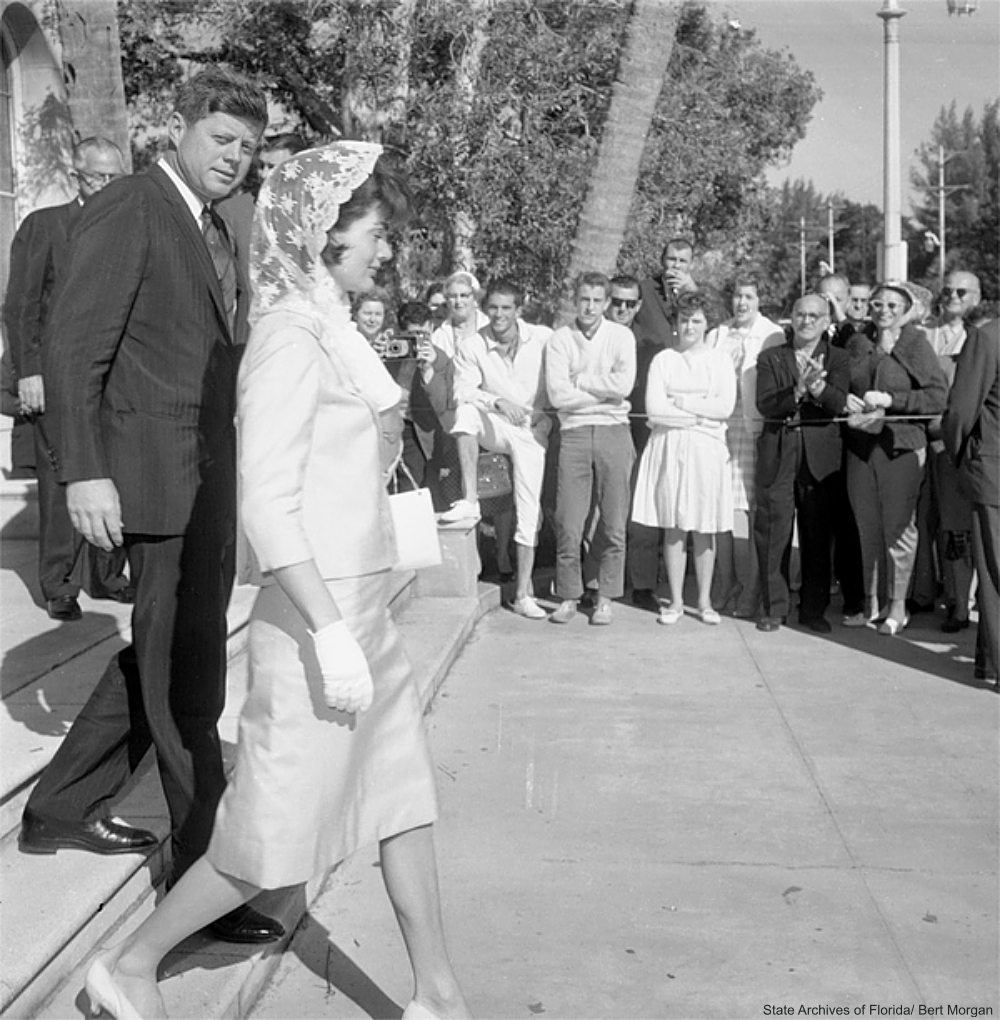 Because of the Kennedys we changed as a nation in so many ways. JFK’s policies and positive image around the world gave us new standing in a global economy. Jackie’s fashion sense and diplomacy set her apart as a lady of style and substance. The times were turbulent to say the least and his assassination was one we still have not entirely recovered from. But, it’s amazing how we are constantly learning new things about the people who have made headlines our whole lives.