Today online shopping has changed the world forever. From small stores to even large retailers have felt the crunch of lots of online competition. There was a time when a city’s “main drag” would have been the hottest spot to shop. Later shopping malls centralized much of the commerce in any given area. But, even malls are having a hard time keeping their doors open these days. Flash back to the 1950s and shopping in person was a big deal- a family event if you will. Newly-opened malls offered exciting deals, but mainstays like 5 and dimes, department stores, and mom and pop shops kept the shopping experience enjoyable for generations of shoppers. 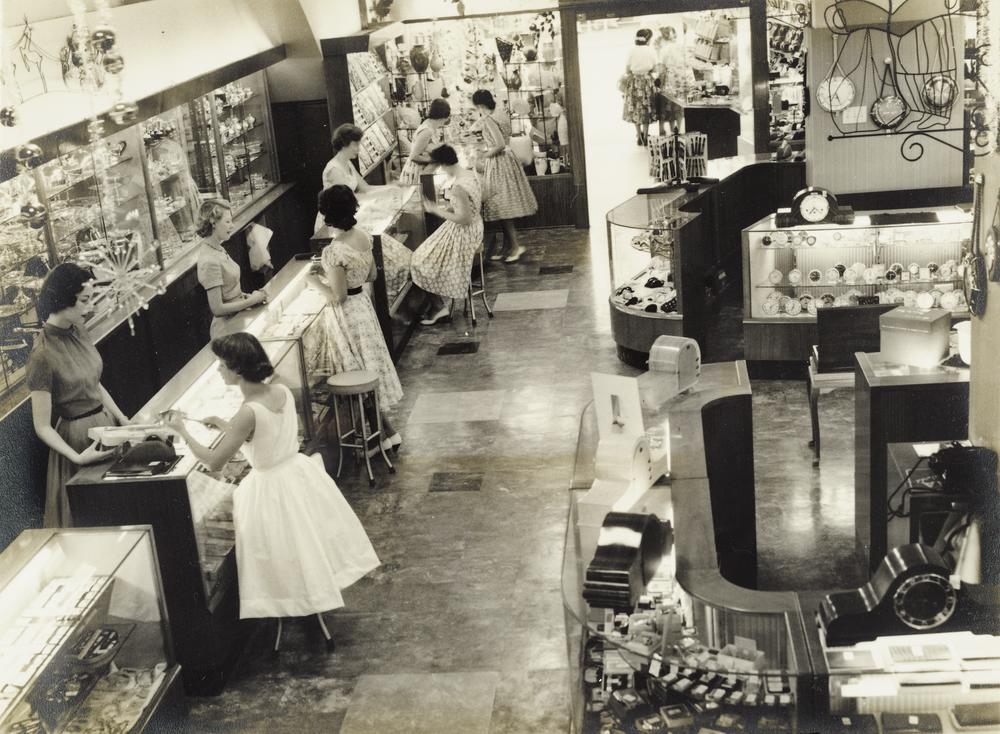 Look at this: one salesperson per customer. You’d never see that today. 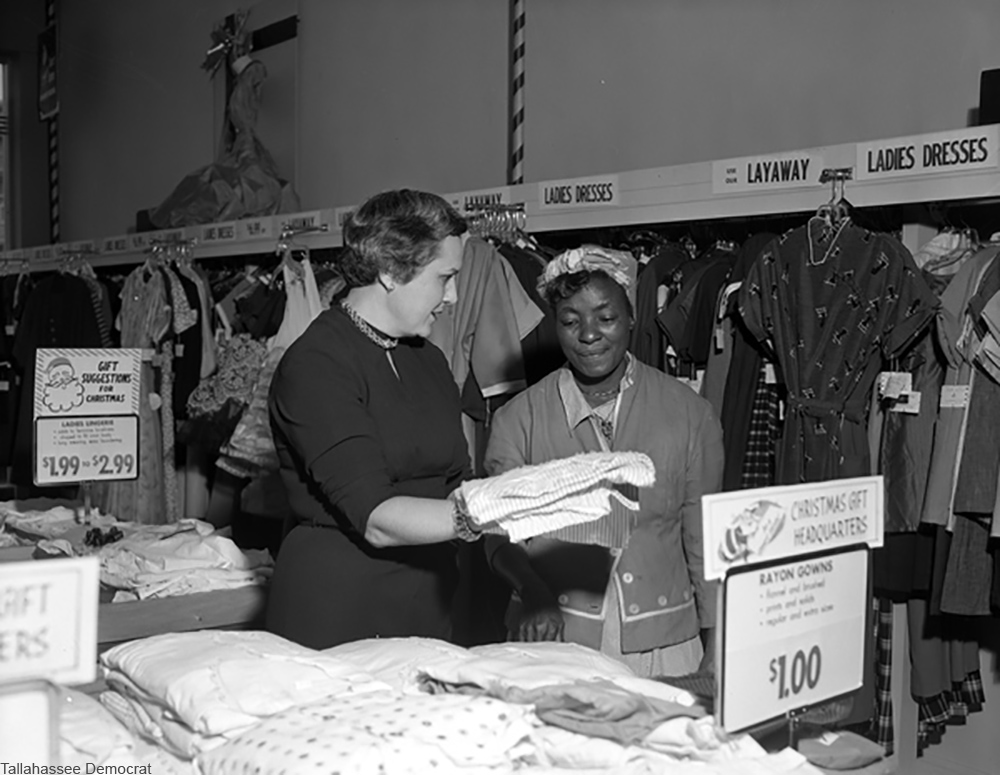 Customer service was considered an essential part of the shopping experience for most people. Many shoppers would have expected to be helped in pretty much every store they went into- not including the cashiers. 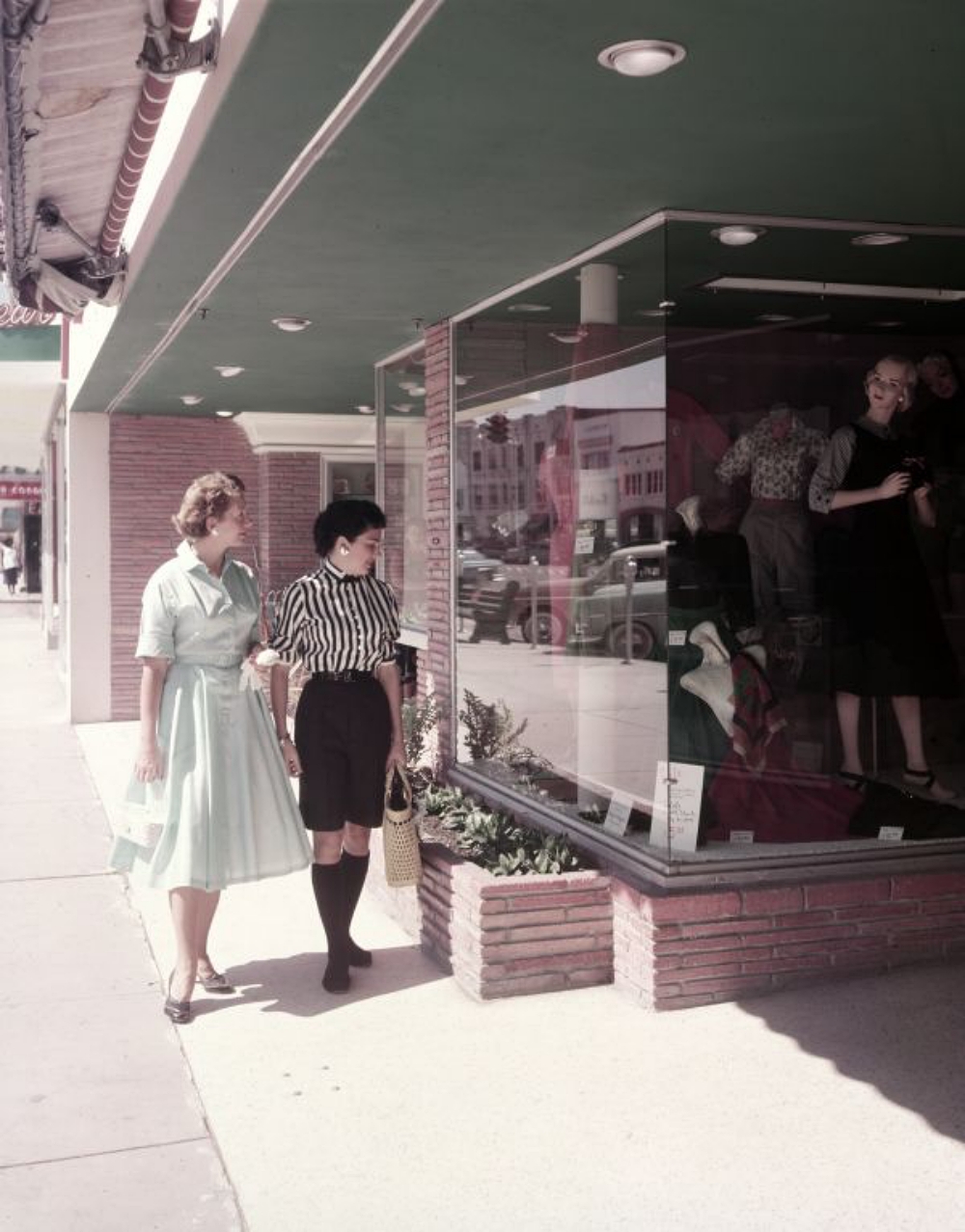 Window shopping was rather an event back in the old days. People really did stand and marvel at the window displays. This was especially true around Christmas time. 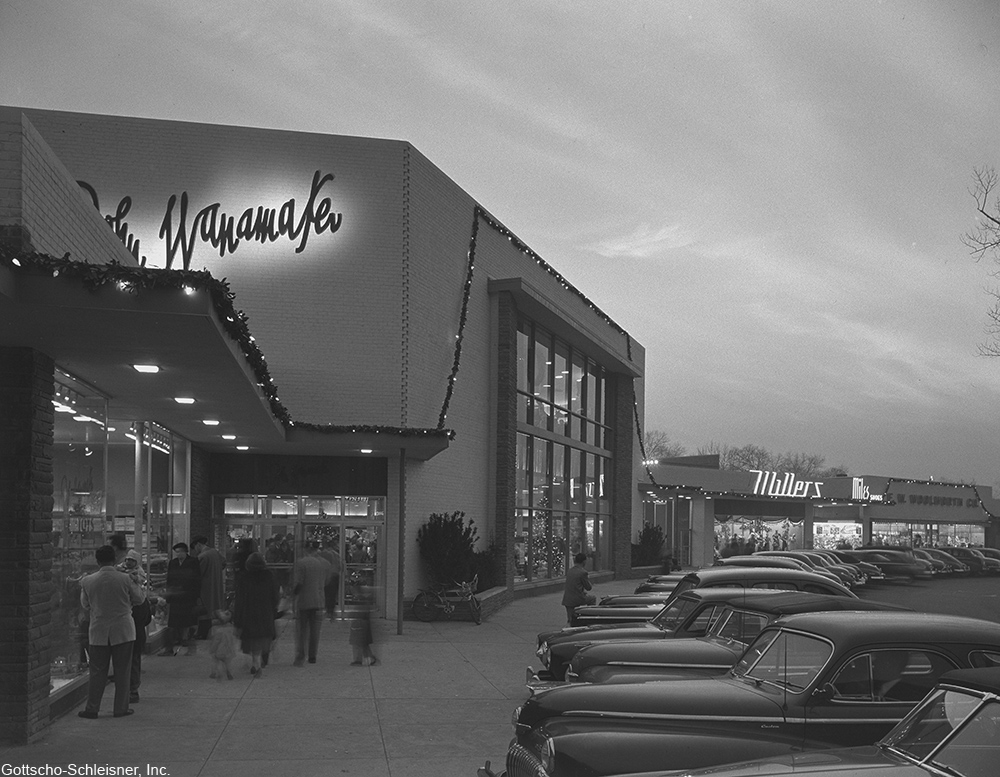 Christmas was a big deal, but of course stores didn’t start shilling in September for Christmas deals. Instead, stores went all out during the month of December, with Christmas decorations and displays being half the fun. 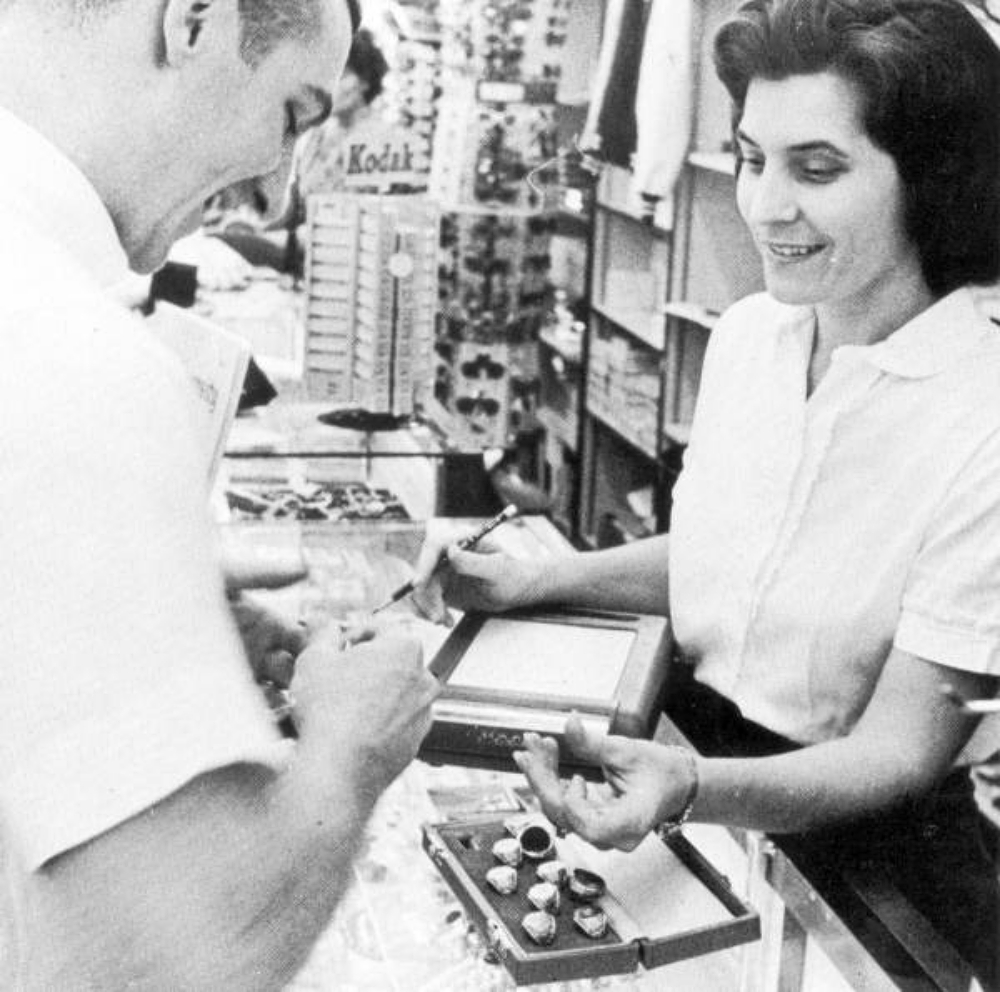 Going to select one’s class ring was a big deal back then- unlike in later years when this was often done by catalog. 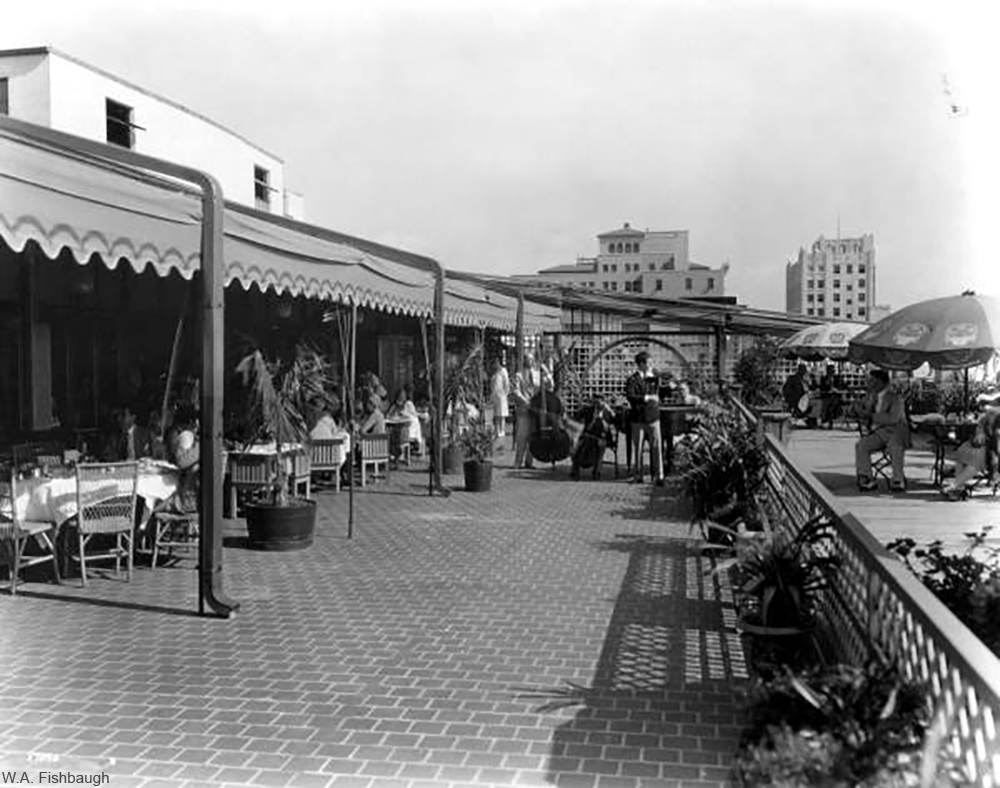 Before mall foodcourts, some department stores offered rooftop dining as a service for their customers. Later, the Woolworth’s lunch counter brought the concept to a much broader audience with their affordable diner food.

Salespeople would show customer any number of models based on what they might be looking for. It wasn’t an inconvenience or an afterthought – it was their sole job to do so. 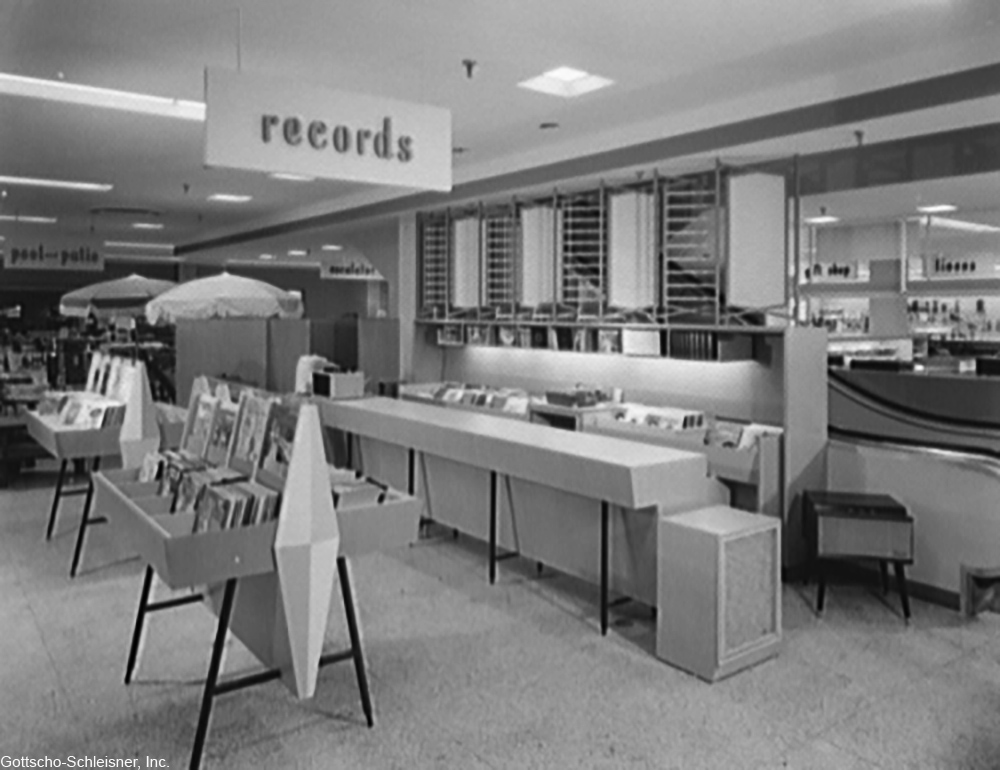 Many department stores had record sections. These stores really did have it all. 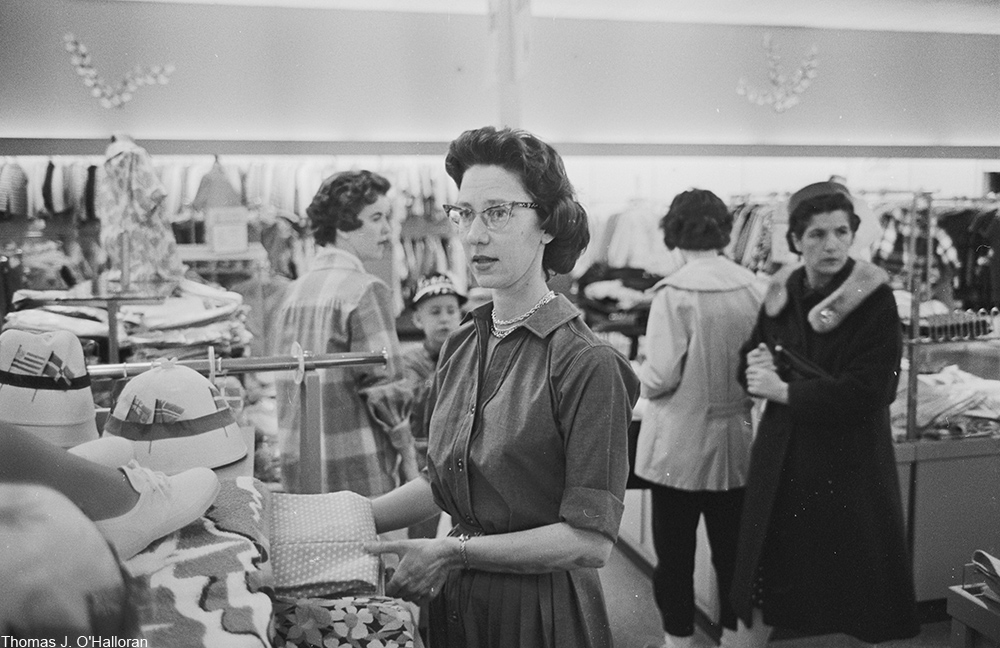 People often wore their best (or second best) to go out shopping. It would never have occurred to most people to wear the equivalent of sweats. 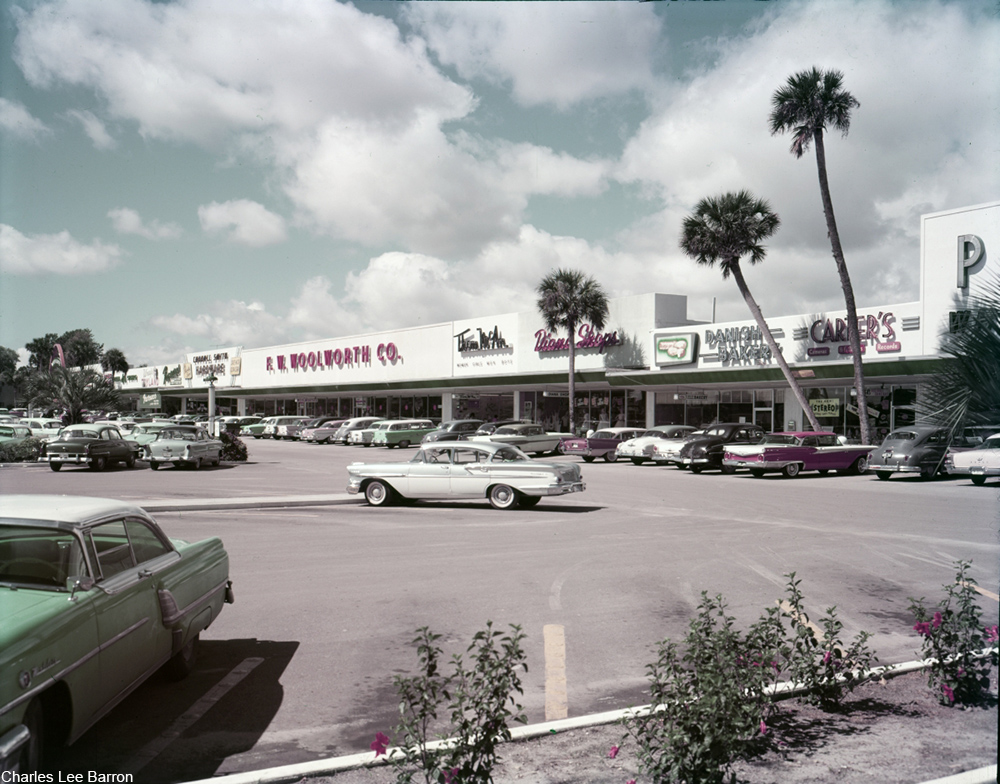 How different those times were!