Here at Dusty Old Thing, we’re big fans of the 26th President of the United States, Theodore Roosevelt. His life is like something out of a movie; he was a tough-as-nails lawman who also won the Nobel Peace Prize, and once scaled the Matterhorn (you can read more about him here). Yet perhaps the most impressive, unbelievable thing about Roosevelt involves a speech he gave on October 14, 1912, while campaigning for the Progressive Party (better known as the Bull Moose Party).

Outside of the Hotel Gilpatrick in Milwaukee, John Schrank, an unemployed saloonkeeper, shot Roosevelt in the chest with a Colt .38 revolver. Schrank was apprehended instantly, and when Roosevelt’s aides began to take him to the hospital, he refused. Roosevelt was intent on delivering his speech. 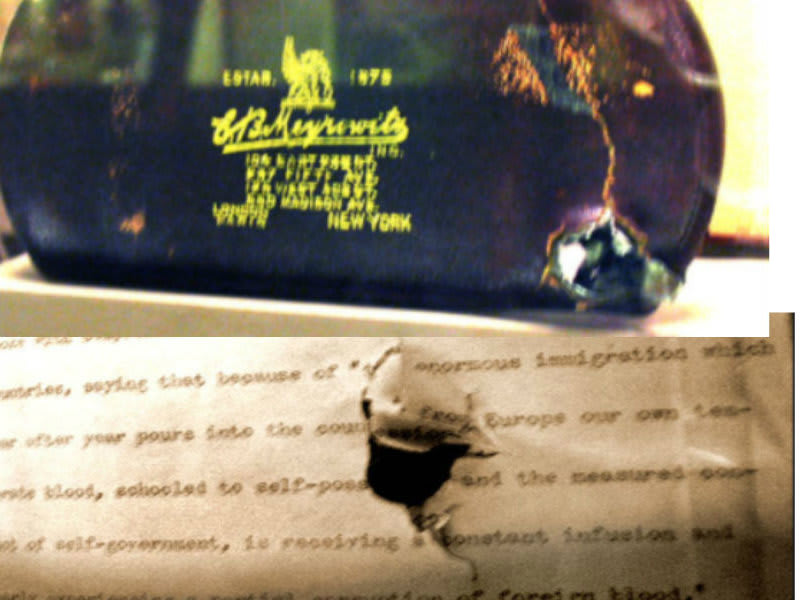 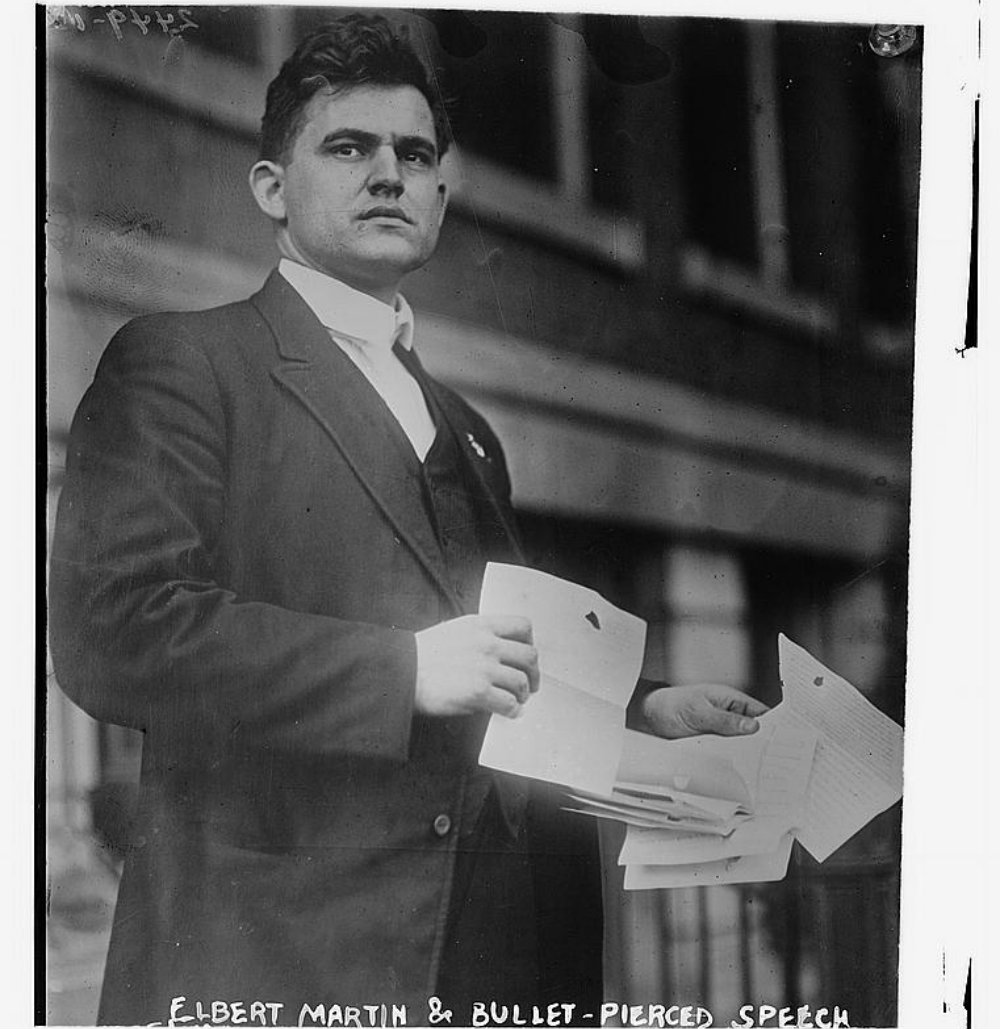 A photo of Roosevelt’s secretary Elbert Martin holding the speech pierced by Schrank’s bullet, via Flickr/ The Library of Congress