“You’ll shoot your eye out” could become a cautionary statement for this man’s neighbors, with another seasonal front yard display of his towering homage to the 1983 film on the cards. 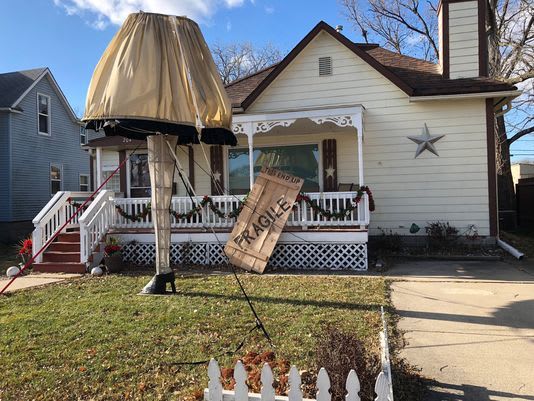 An Iowa man’s front yard features a 14-foot-tall recreation of the iconic “A Christmas Story” lamp. | Photo from Youtube.

For the second year in a row, one West Des Moines, Iowa man is getting into the holiday spirit by building a 14-foot-tall recreation of the iconic “Major Award” lamp featured in the film “A Christmas Story”.

Tom Gross said he constructed the towering lamp with a few things laying around his house, including some old curtains, a volleyball net and some duct tape.

To the delight of his neighbors, one assumes, Gross deploys his front yard as the setting for displaying his towering homage to the 1983 film.

“People either realize what it is and freak out, or don’t know why I have a leg in my yard,” Gross told ABC News.

“If they get it, they throw the flashers on and get out of the car and have a picture taken with it.” 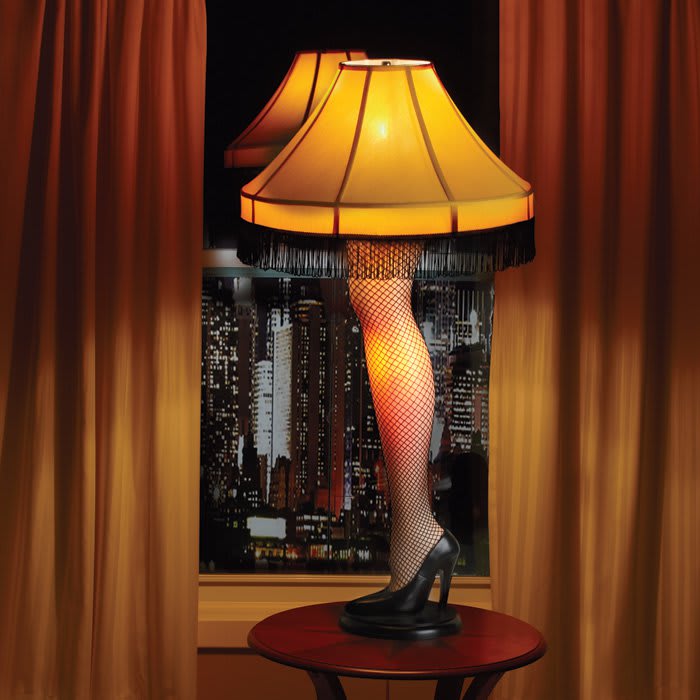 The “Major Award” from the 1983 film “A Christmas Story” is actually a distasteful lamp/slash/bowling trophy prized by the main character Ralphie’s boorish father.

“A Christmas Story” is a 1983 American film directed by Bob Clark. The film grew in notoriety as the Turner Broadcasting Company began to air the movie multiple times each holiday season, culminating with an annual “24 Hours of A Christmas Story” marathon that began in 1997.

The film includes several iconic moments and features, including the classic quote “You’ll Shoot Your Eye Out” (a constant refrain heard by the main character, Ralphie, in response to his repeated requests for a Red Rider BB-gun for Christmas), a skin-crawling scene involving a tongue and a frozen metal telephone pole, and — of course — a certain “major award” won by Ralphie’s father. The award is, in actuality, a gaudy bowling trophy in the form of a distasteful lamp shaped like a woman’s leg topped by a shade made out as a mini-skirt.

“It is really awesome to see people enjoy it that much.” Gross said.