Places Where the Enslaved Lived Are Finally Being Documented

Time and tide waits for no man as the saying goes and this fact is all too apparent in the decay of our historic buildings. It’s up to us to keep them from being ravaged by the wind and weather. In the case of the great plantations of the South, many are preserved today thanks to the efforts of fundraisers, reports by the Historic American Buildings Survey, and/or dedicated family and community members who didn’t want to see these places of physical beauty fall into decay. But, what about the buildings where the enslaved lived? 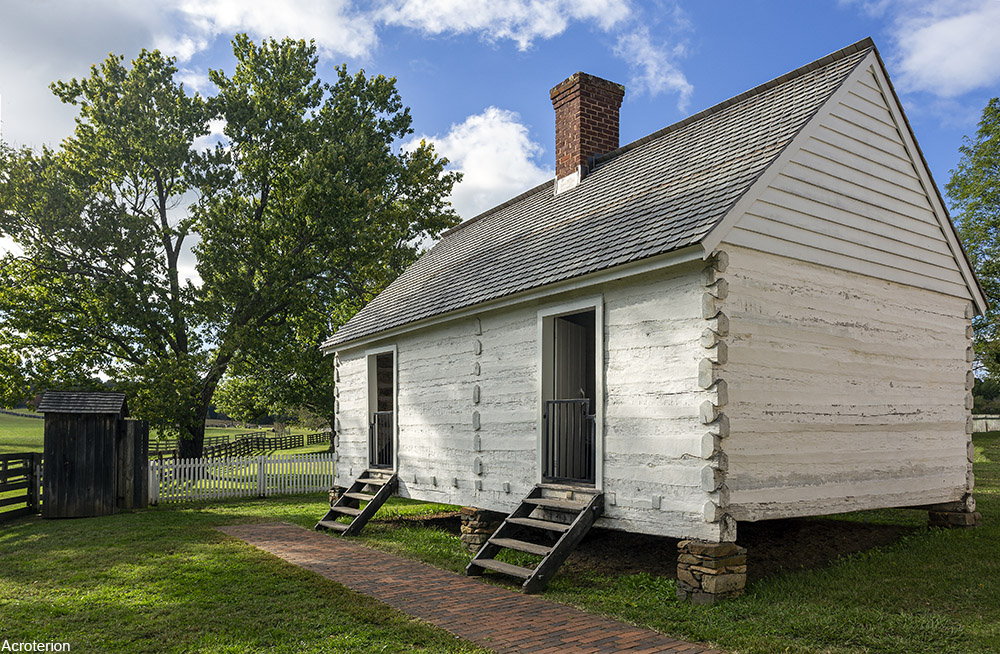 As it turns out many have not survived and those that have are often not known for what they are. Some of the slave quarters that are still standing today have been converted into garages, offices, or even bed and breakfast locations. Some of the property owners aren’t even aware of the history behind these buildings. But, there is one woman who is leading the charge to document these dark parts of American history. And, believe it or not, there had never before been a full inventory of the remaining former slave quarters in the U.S.

Beginning in 2012 preservation architect, Jobie Hill, has been documenting the buildings were the enslaved lived. She created the organization, Saving Slave Houses, which aims to preserve the history and the original uses of these buildings. 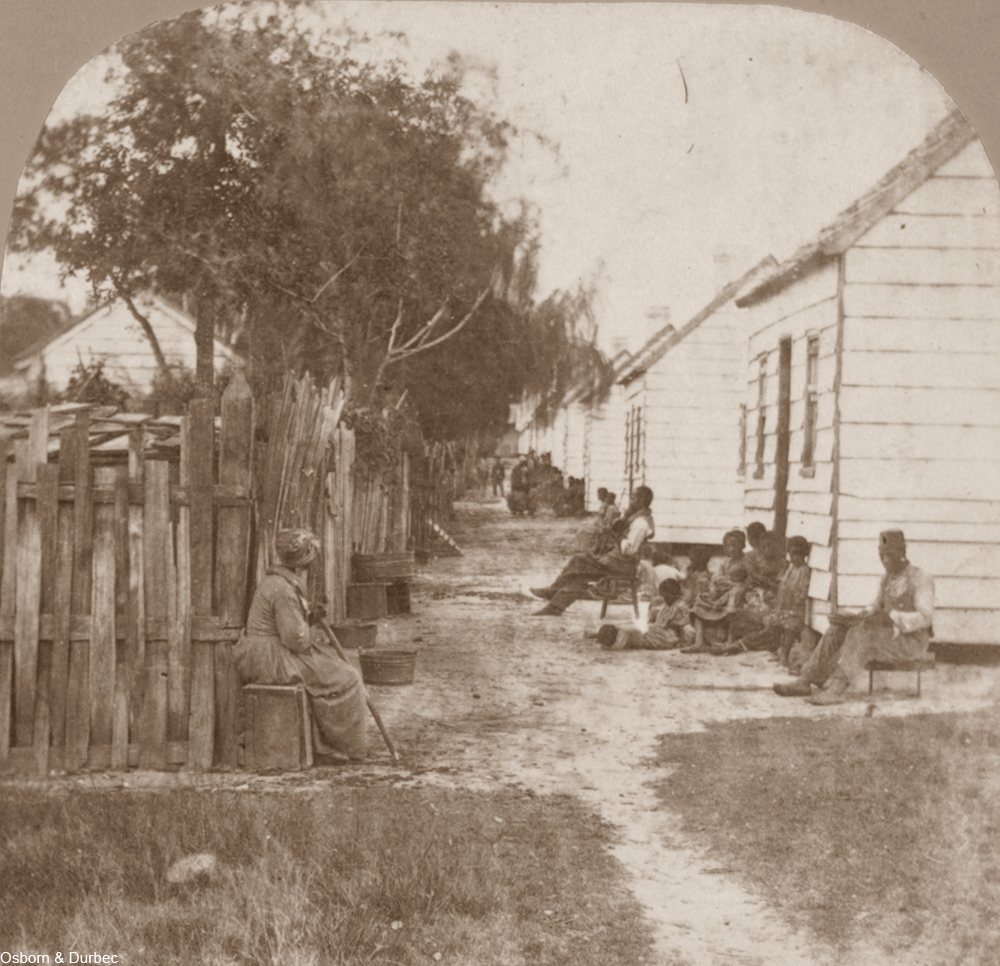 Enslaved people outside their houses somewhere in South Carolina, 1860. Via/ Library of Congress

The plantations that were built across the South are more often than not still standing thanks to the monetary and artistic value these house possess. The interiors of most plantation mansions were created with an eye towards beauty, with decoration throughout. Places like Mount Vernon today attempt to maintain the history of both the mansion where George Washington lived, as well as the cabins where the enslaved lived, but in many cases the more humble buildings of the plantations are no longer standing.

While there has never been a formal list of buildings associated with slavery, in the process of documenting other historic sites the Historic American Buildings Survey did record 485 enslaved quarters during the 1930s and 1940s. Hill has used these photographs in her research, some of which only incidentally captured the enslaved houses while the larger plantation mansions were being photographed. She also has used descriptions from the WPA Slave Narrative Collection to help locate the houses where the enslaved lived. 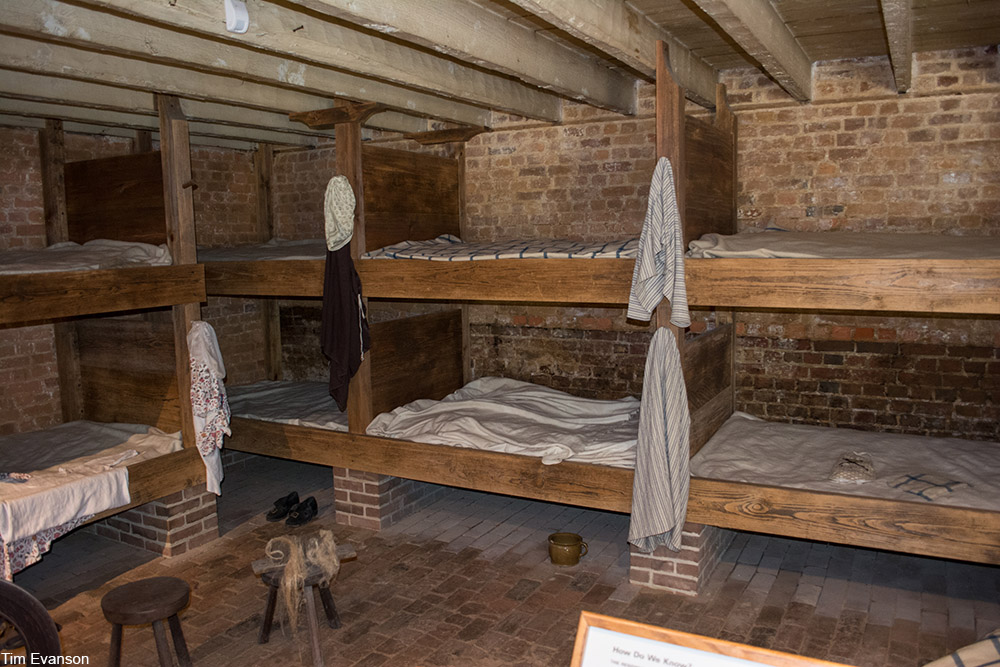 Female bunks for enslaved women at Mount Vernon. Via/ Flickr

For the ones that are standing, the conversion into buildings of the another purpose often obscure the true history of the structure. Looking through photos from the 1800s to now of enslaved quarters the only thing you notice that they all have in common is a dearth of windows. In most cases the enslaved people’s houses were built with a minimum of windows because glass was very expensive. They were sometimes two stories tall, but often these structures were so simple in their construction as to warrant only a single floor. Unlike the homes of their masters, enslaved people would have had fewer rooms and little privacy.

But, despite the cruder designs, many of these buildings were never the less made to last and are still usable today, provided they weren’t left abandoned. Many of the former-buildings are today are identifiable by only their footprints in the ground where the foundations were dug. 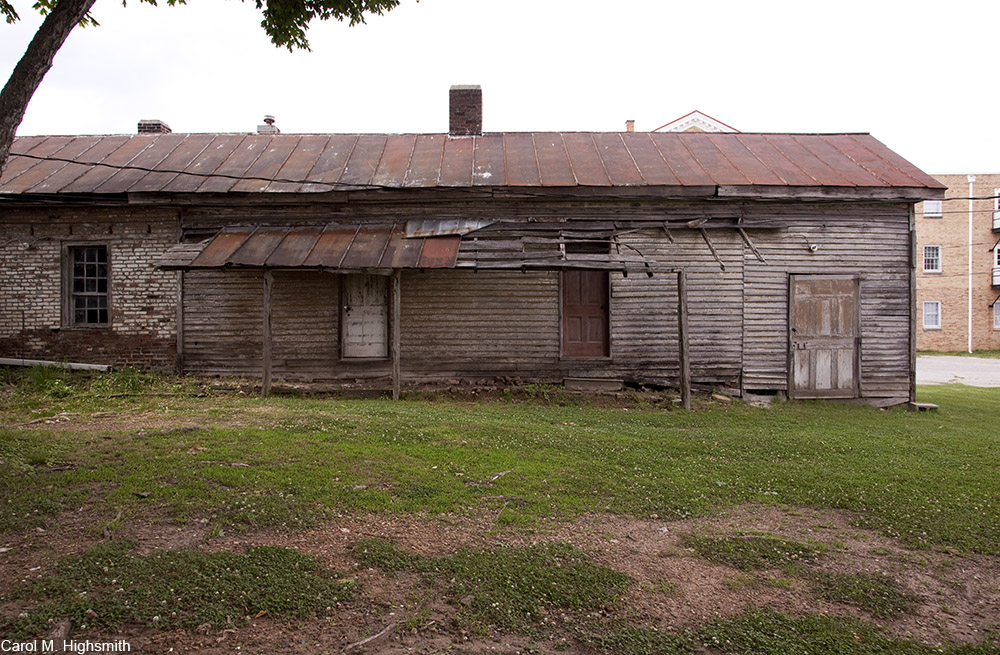 Enslaved quarters at Abernathy House built around 1824, Tuscumbia, Alabama (photographed in 2010). Via/ Library of Congress

To date 900 buildings related to slavery have been researched, with dendrochronology research having been carried out on 8 of the sites so far.

The goal of the project is not only to document these infamous buildings and the people who lived there, but to keep the structures from being demolished or falling into ruin without at least a fighting chance of being preserved. You can suggest a historic site where the enslaved lived to be studied through a form on the Saving Slave Houses website.