From outlandish and crude to surprisingly cute, Toby jugs have expressions and details in excess with their arched eyebrows, smiles, frowns, and sometimes scowls. They have a long history with many makers to credit with varying degrees of collectibility. Some call them ugly, but many collectors love these unique vessels. 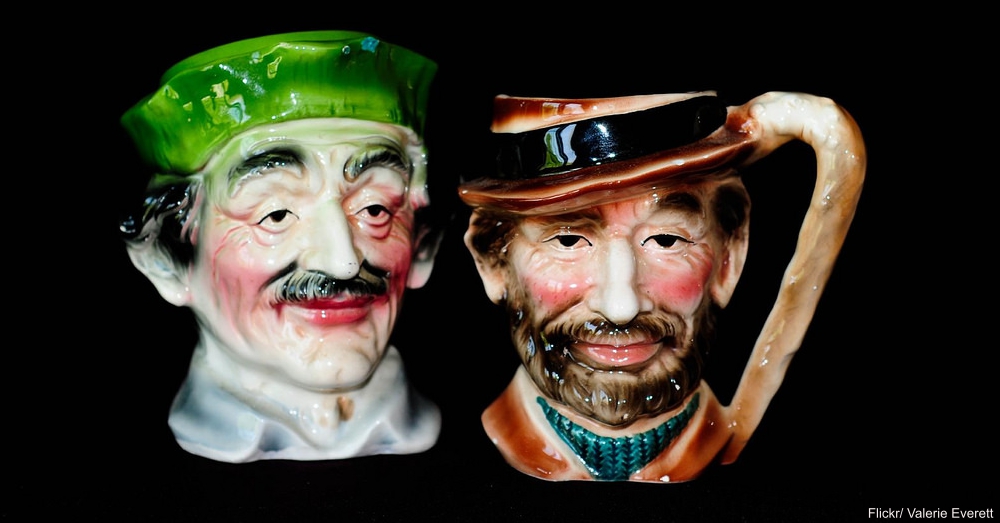 Rosy-cheeked from a spell of drinking, the figures of Toby jugs will often be holding a cup of foamy brew or a pipe. They’re often dressed in 18th-century-style clothing with a tricorn hat and long jacket. The subjects of Toby mugs are often a bit rough and tumble.

What makes these jugs so special are their details, which sometimes border on the grotesque. Pox, blemishes, sunken eyes, missing teeth, wrinkles, and pallor are some of the features depicted on the faces of the jug characters. Even the rare female characters are seen taking snuff or drinking. And their faces show it, too! 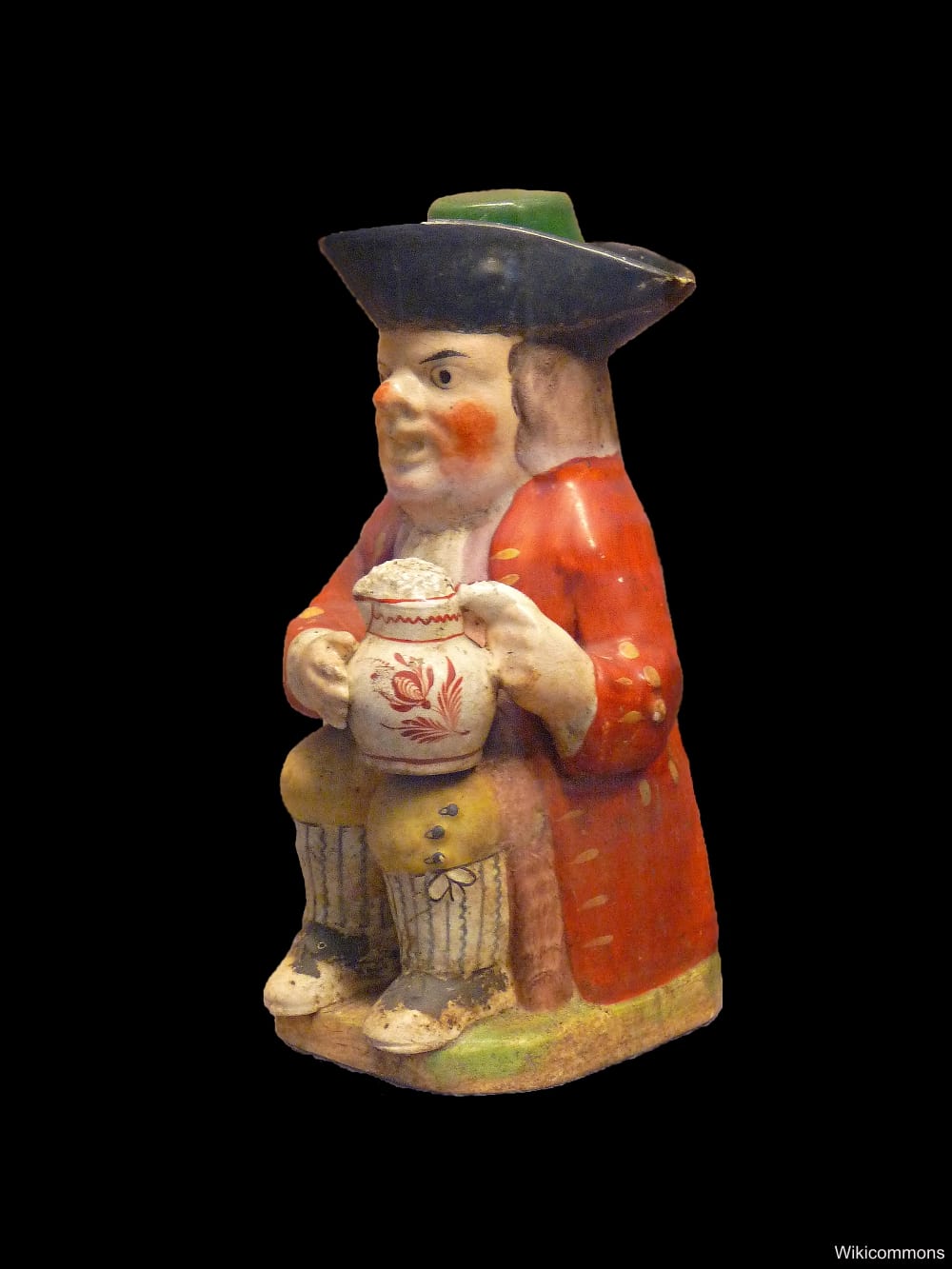 The tradition of these Toby jugs got started in the 1700s in Staffordshire, England. There are at least half a dozen theories as to where the name and the character came from. Toby Fillpot, Sir Toby Belch, My Uncle Toby, and The Hearty Goodfellow are all characters that have been said to influence the creation of the jugs. Regardless of which theory might be true, these jugs portrayed the rough life and appealed mainly to men. Their numbers grew in the 19th century when Royal Doulton began to produce versions of this now-classic form. 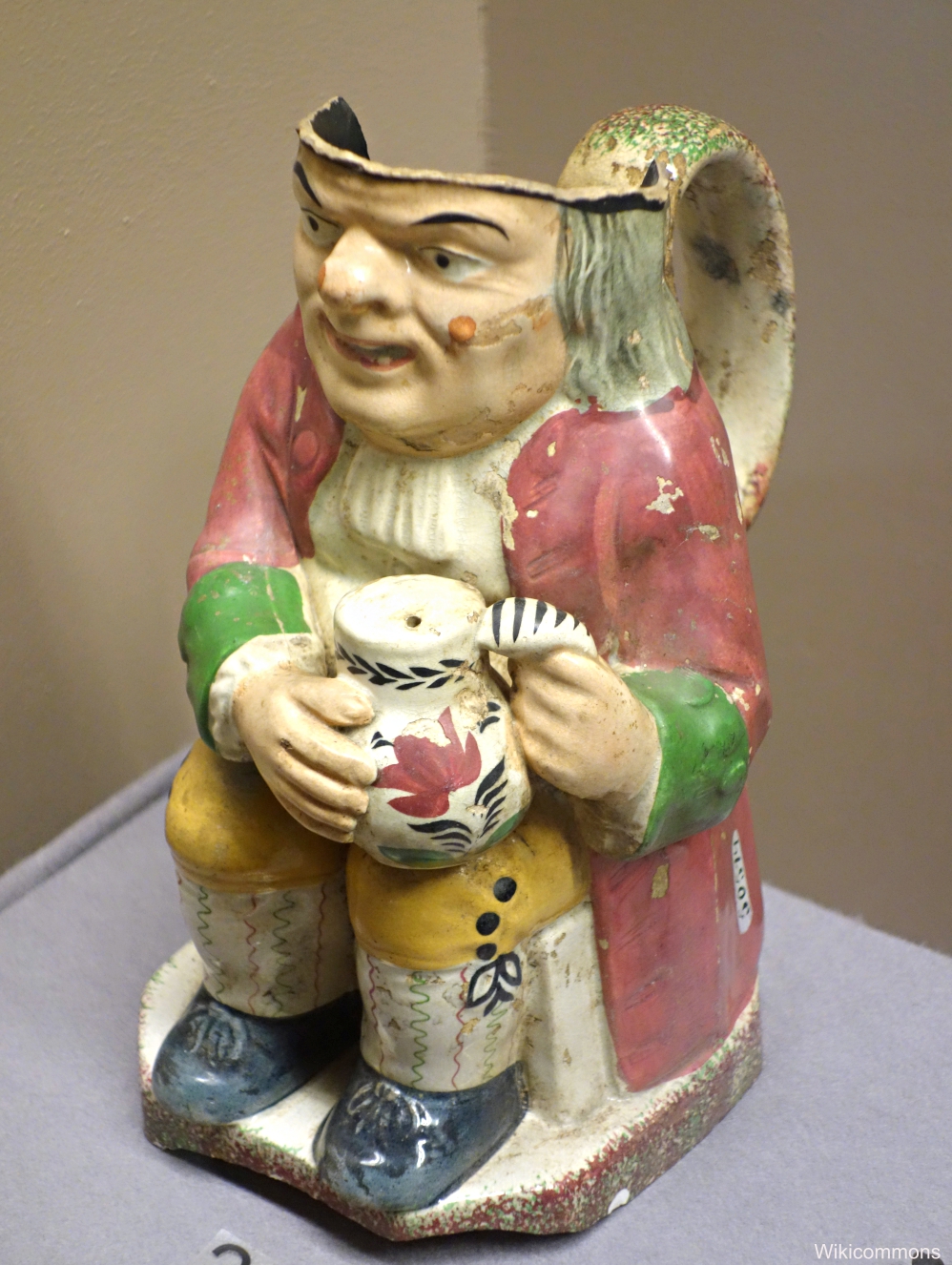 It was in the 20th century that the character mugs started being produced in nearly any shape or character by many different pottery companies. A common transformation was that many were now proper mugs instead of jugs, with no spout to pour from.

From medieval maidens and dogs to Winston Churchill and sailors with parrots, the range of faces available now were very broad. The more modern examples tend to feature just the head of the character instead the whole body. The early jugs show seated and standing figures, but show the entire body of the figure. Many character mugs retain some of the detail and crude features of the jugs, but they are not the same. 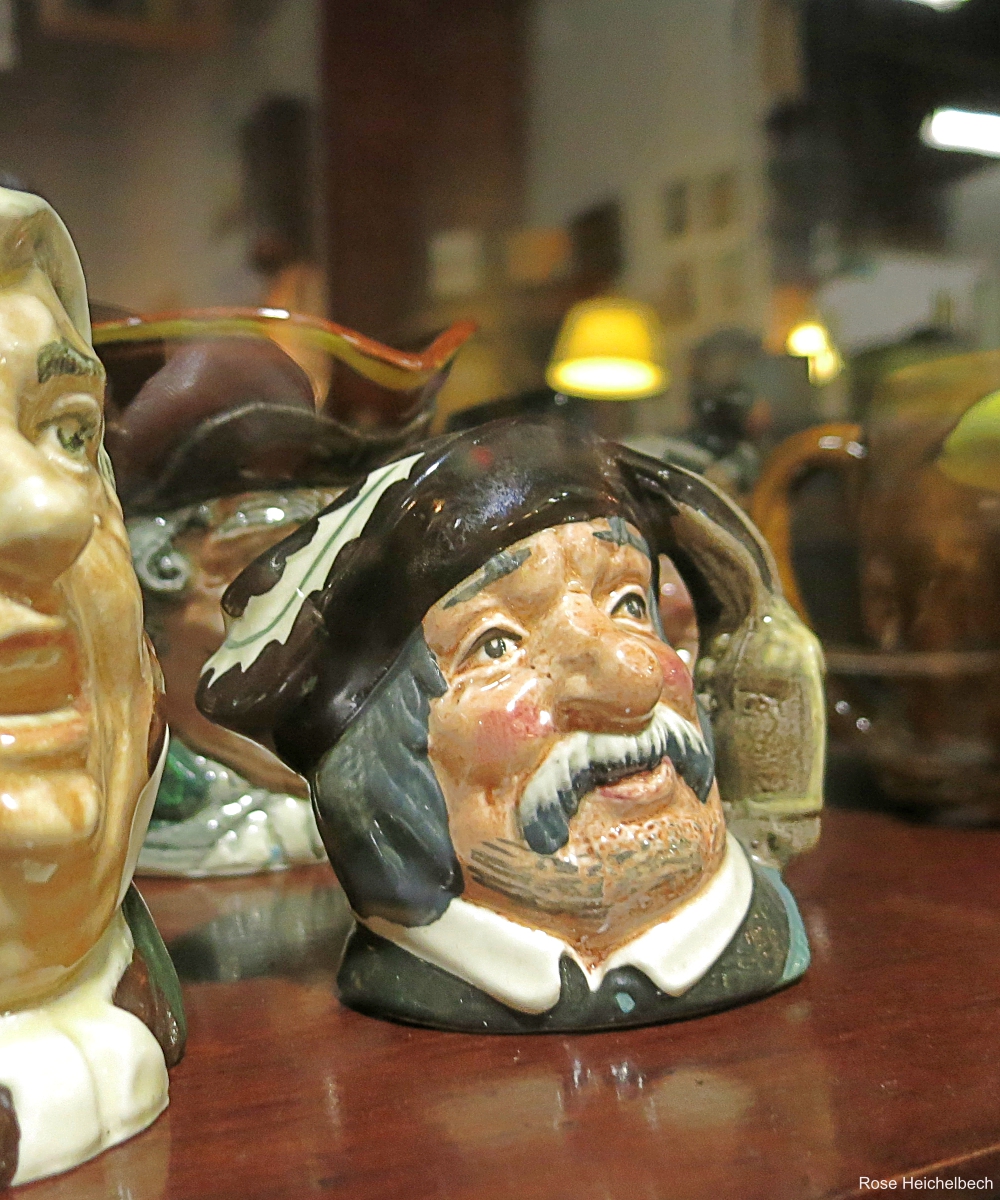 The prices of antique and vintage Toby jugs and character mugs can fluctuate highly with many of the mugs being sold as much older than they really are or being sold as Toby jugs. Many early examples are not marked which only adds to confusion among collectors. Whatever the value, you either love or hate these often-macho and mostly graphic characters. My favorites are the jolly drinkers rather than the sunken-eyed ne’er-do-wells.

»Take a look at another classic collectible, Fire King!»