We love the look and sound of these old machines!

We are so accustomed today to tapping away on our computers—visiting foreign places with the click of the mouse—that we forget what an amazing thing it is to be able to quickly and uniformly type something up, and to be able to present a physical copy of our thoughts and sentiments to people, almost as quickly as we think of them. Before the typewriter, people were dependent on handwriting all of their correspondences, the correct interpretation of such, left up to the quality of the handwriting. Writing each and every transaction by hand was incredibly tedious, so the invention of the typewriter revolutionized the way people communicated with each other and, once it was made portable, provided a myriad opportunities regarding where one could write. Keep reading to learn all about typewriters and all of our tips and tricks for collecting them! 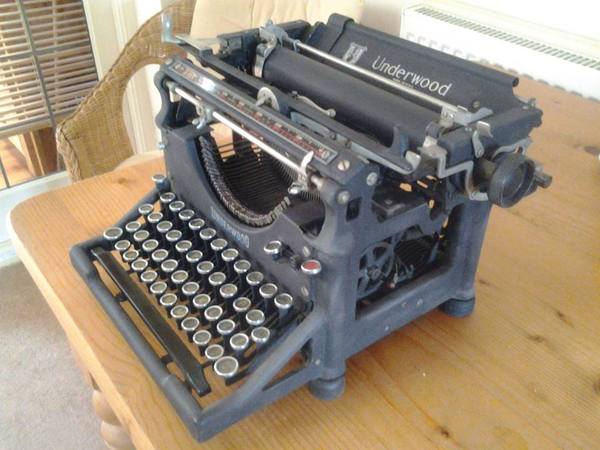 from: Helen Young: “Any info on this Underwood Typewriter much appreciated.”

While evidence of some form of typing machine dates back to the early 18th century—with reports of a patent issued to Englishman, Henry Mill, in 1714, for a typewriter-like device—it wasn’t until the 1860s that the typewriter became useful and successful, in that it actually typed quickly. There were lots of earlier models, but many of them were too slow; Rasmus Malling-Hansen’s “Writing Ball” changed that when he realized it was more efficient to have the pistons (the keys that actually touch and print on the paper) attached to the superficial keys to gain more speed while typing. He then arranged the keyboard in such a way that the most-used keys correlated to finger placement, thus maximizing typing efficiency. Hansen’s Writing Ball was used in offices and was the first machine to be faster than writing something by hand.

Shortly after the Writing Ball, came the “Sholes and Glidden Typewriter,” in 1868. Although creatored by Christopher Latham Sholes, Carlos Glidden and Samuel W. Soule, the prototype was later used by E. Remington to create “The Perfect Type Writer No. 2,” the Remington in 1873, which became the standard with the first ever QWERTY keyboard. 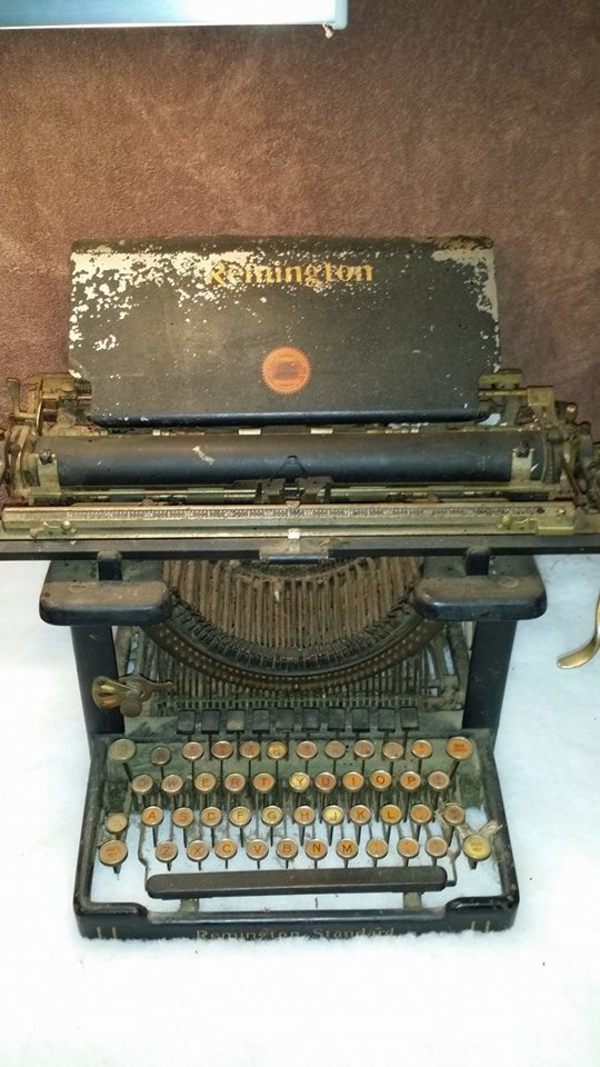 Hansen: the Writing Ball is shaped like a half-dome, obviously with the flat side resting on the table/surface, with all the keys protruding out of it. It looks like a sort of eery contraption, but worked surprisingly well.

Remington: Because of Remington’s outstanding commercial success, it became one of the most notable brands that was used around the world.

Caligraph: Caligraph typewriters became Remington’s main competitors and were the first to develop a full set of keys for all upper and lowercase letters.

Hammond: Hammond typewriters used a rubber bar that had the reverse letters engraved on it. A hammer would hit the piece of paper precisely against the rubber bar, forming an indentation of that letter.

from: Judy Griffith Wilburn: “Remington typewriter I used some fifty years ago.”

When collecting vintage or antique typewriters, it’s important to know what you’re getting yourself into: from what the individual pieces that make up the typewriter do, to identifying characteristics of different makes and models. Below, are some tips on how you should approach your search. 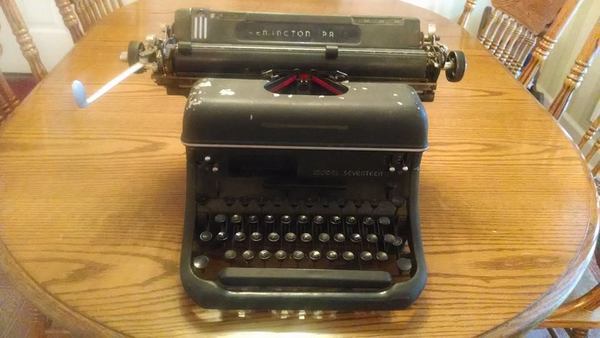 from: Nancy Kirk Starnes: “This is a Remington Rand, Model Seventeen Typewriter from the early to mid 1940’s. There is a plate on the front of it, upper left side that states “Property Air Force United States Army”. I found this one day this week at a thrift store.”

A lot of people find that once they acquire their new (to them) typewriter, they don’t know what to do with it! If that’s the case for you, follow these instructions and that machine’ll be good as new!

We wish we had had these tips when we were starting our search, but hopefully they’ll be useful to you! Good luck with your typewriter quest and happy hunting!