If youíre from Kentucky, then you know mint juleps werenít originally served in glass or plastic ñ back in the day, people were pouring these classic cocktails into a silver julep cup. Weíve got the scoop on why this became the popular serving method, and just how much these classic cups are worth.

How old are they? According to A Taste of Kentucky, mint julep cups — also called ìbeakersî — date back hundreds of years. Even early American silversmiths were crafting these practical cups (Kentucky has a deep silversmith history). The Kentucky Derby Museum claims that the Churchill Downsís president officially introduced the sterling silver julep cup to the Derby in 1951, but it was unofficially holding mint juleps for decades before that. The Bourbon Review estimates that some date back to the early 1800s. 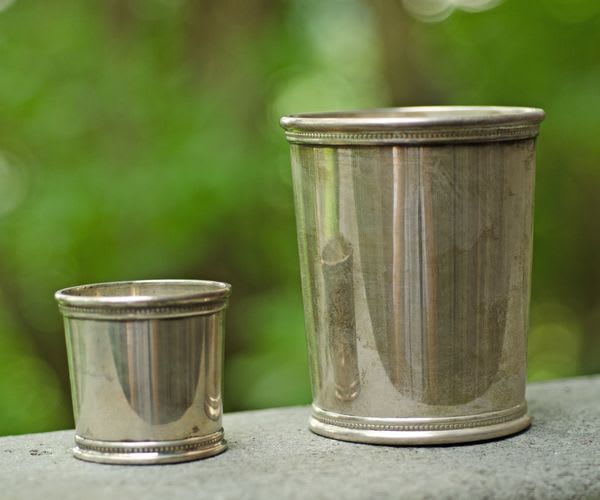 Why did they become popular? A few reasons ñ first, a common reason that antiques were popular in their heyday, because they were seen as a symbol of power, wealth, and influence to some. Kentucky Homes and Gardens reports that they also were used as trophies as county fairs.

But practically, it also made sense to use the silver cup ñ if you held it only by the top edges and bottom, then a nice white frost forms on the outside. Pretty and practical? Itís no wonder these cups were a hit.

Are they tough to find? They can be ñ it likely depends on what region youíre looking in, as the Kentucky area is obviously more likely to have more of these silver cups than other parts of the country. If you check online auctions, there arenít tons for sale.

How much do they cost? Antique silver julep cups arenít cheap. Donít be surprised to see many price tags over $100, and donít be surprised to see price tags over $1,000 if the cup has a mark that identifies a specific silversmith and time period. A pair of antique silver mint julep cups was appraised by Antiques Roadshow to be worth $4,000 to $5,000 as a set, because the silversmith was popular and the cups dated back to the mid-19th century. Most cups youíll see on, say, online auctions are a few hundred dollars. 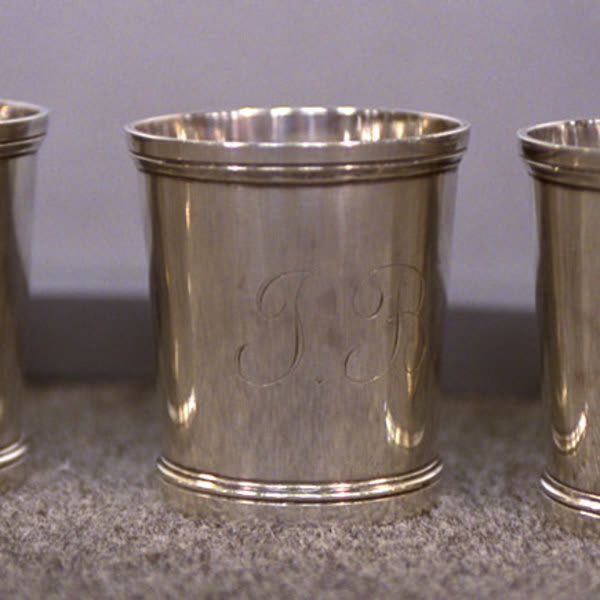 If you come across one of these gems, say ìcheersî to your unique and valuable find!