How to Identify and Collect the Bold, Beautiful Cranberry Glass

Red like a rose or ruby but named after its cranberry-like hue, cranberry glass has been around for centuries. The bold, unique color has enchanted collectors for years, and we’ve got tons of info below about this beautiful glass.

How old is it? Cranberry glass dates back to at least the 1600s, according to About.com, though some speculate that it actually dates back to ancient times but didn’t make a resurgence until the 1600s. According to eHow, the story goes that someone accidentally mixed a gold coin into molten glass and discovered it creates the cranberry color. Though its origin is up for debate, its peak popularity is widely agreed upon — around the time after the Civil War and into the Victorian era of the late 19th century. And, of course, it is still popular today. 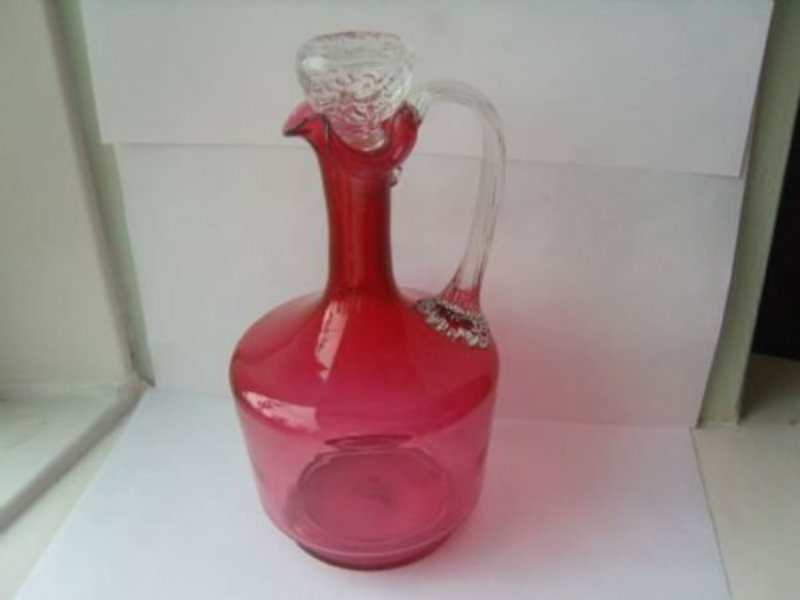 Why did it become popular? The bold color definitely made cranberry glass beautiful for decorating homes — vases, wine glasses, and bowls all adorned homes and offered a stunning pop of color. Plus, the items were handcrafted and made with a bit of gold — adding an element of luxury that people were definitely seeking during the Victorian era. 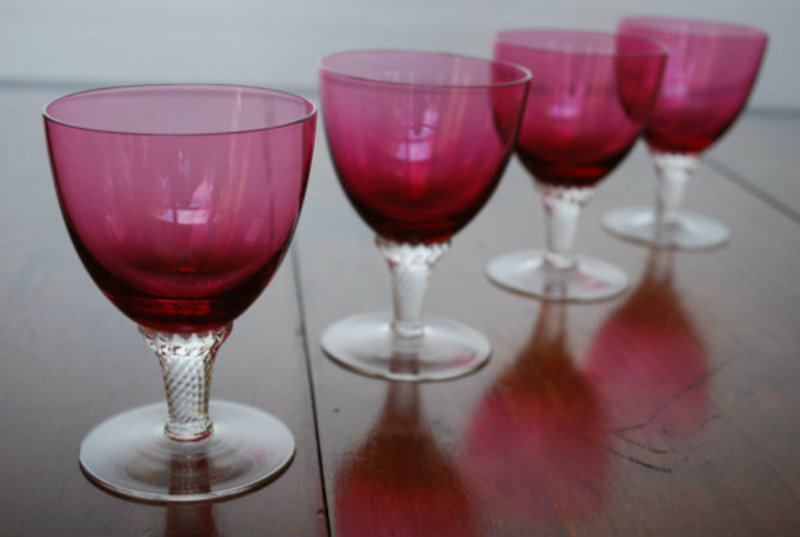 Is it tough to find? It’s not necessary tough to find cranberry glass — what’s tougher is deciphering new from old. Many companies still manufacture cranberry glass, not trying at all to fake them as reproductions, which means buyers need to have a careful look at items. (Of course, intentional reproductions still abound.) You’ll also want to decipher between items that have a red hue and items that are actually made with the gold chloride that gives cranberry glass its unique color. Finding the Victorian-era glass can be difficult, but it’s still out there.

How much does it cost? Generally, cranberry glass carries price tags in the hundreds — though smaller or less intricate pieces can definitely be found for less than $100. Exceptionally made pieces with lots of detail will likely be more costly, while those that are simpler or have imperfections will be cheaper. We’ve seen ornate dresser boxes, hand painted vases, and large centerpieces above $1,000, but that isn’t the norm. 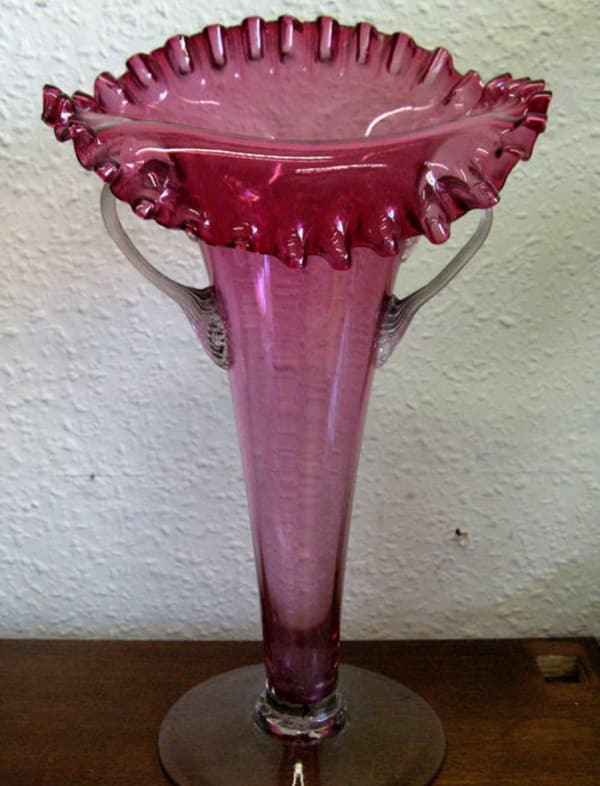 – Color: Step one is making sure it’s actually cranberry-colored, according to eHow, though it’s important to remember that varying amounts of gold chloride can actually made shades that range from pink to burgundy. eBay adds that sometimes copper was used instead of gold to save money, and that glass typically has a purple or blue tint to it.

– Blown glass: There are a few telltale signs that the glass was blown. The color will be deeper toward the edges or neck of the vase, according to eHow, and there will also be a pontil somewhere on the object where the glass was separated from the blowing rod.

– Manufacturer: If you know the manufacturer, then you can typically date whether it is a piece from the 19th or 20th century.

– Imperfections: It takes a lot of time and care to handcraft cranberry glass, so it should be smooth and without any cracks, chips, etc.