Antique Spotlight: Collecting One Of The Most Popular Brands In The World!

In some states, Coca-Cola is simply synonymous with soda – it’s ­that popular. Considering its historic rise and popularity in the soda biz, Coca-Cola has quite the résumé – so it’s no surprise that its bottles, jars, advertisements, and other collectibles are pretty popular. To get into the Coca-Cola collectibles game, check out the info below! 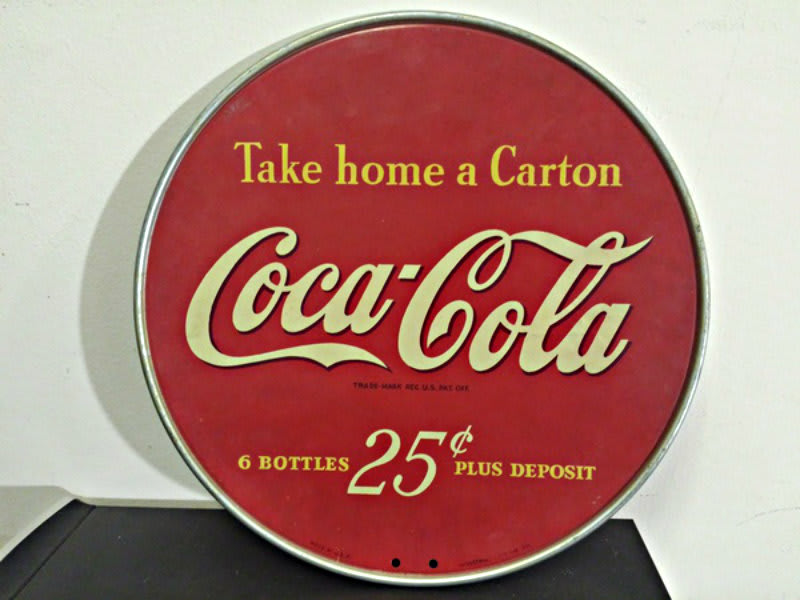 How old is it? According to World of Coca-Cola, a pharmacist developed the soft drink back in 1886 – originally as a medicine – but it didn’t become a big-scale operation until 1899. Though it had been sold at soda fountains starting in 1894, it took several years before mass bottling was actually possible. So the collectibles themselves date back to 1899 and the very late 20th century generally, with Coca-Cola still manufacturing its signature bubbly beverage today. (FYI: All the “medicinal” stuff was finally taken out of Coca-Cola in 1929, according to Snopes.)

Why did it become popular? Coca-Cola itself thinks that collectibles are so popular because they evoke a sense of nostalgia – that classic script bringing back memories. The branding was intense – tons of advertisements, fridges, kitchenware, etc. – so it’s no surprise that it naturally became a collectible. And because it is a popular brand, it’s easy to see why people would naturally go from loving the product to loving the items associated with their favorite product. The collectibles are often affordable, too. 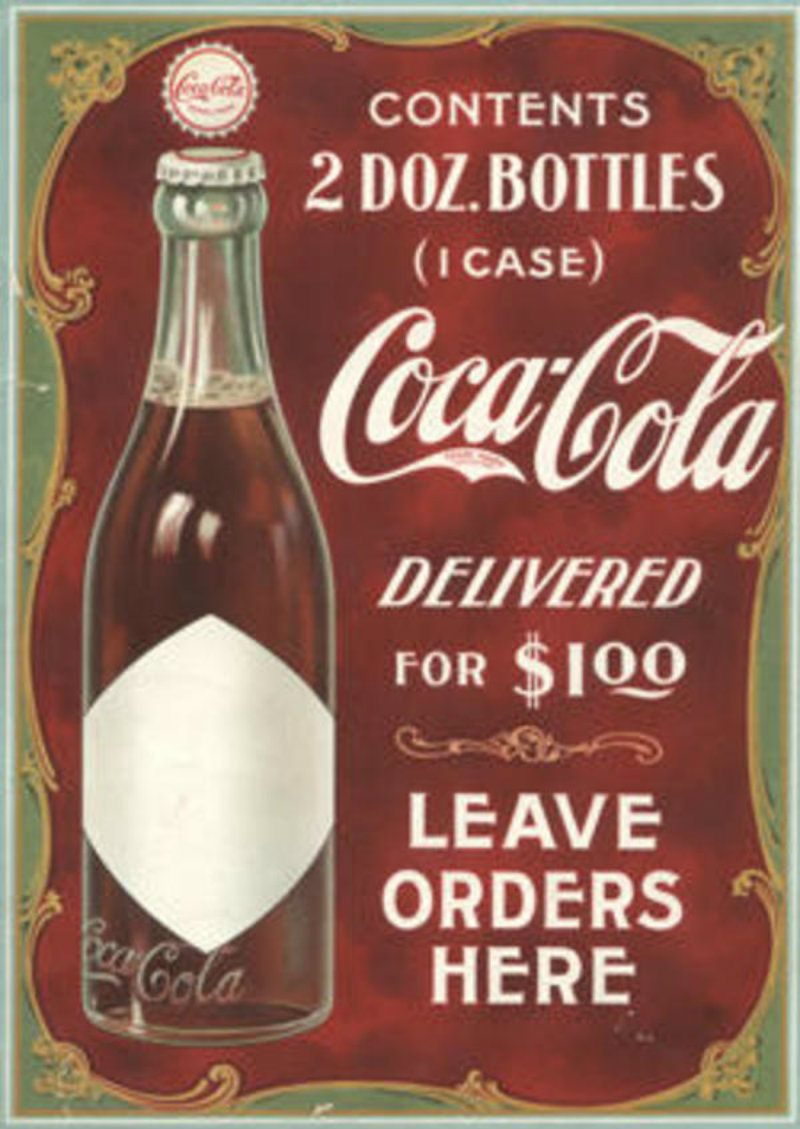 Is it tough to find? The toughest stuff to find is the early stuff – like late 19th century and very early 20th century, when the company was just starting to grow. So generally, no, it’s not tough to find Coca-Cola memorabilia, but it will be tough to find specific pieces that were made in limited edition or are simply much older than others. Reproductions are a growing problem though, which makes the process a little more difficult.

How much does it cost? According to Answers.com, some items have sold for thousands of dollars – bigger items like fridges should expect a price tag of $1,000 or five times as much, depending on the age and condition – though that isn’t the norm. Condition actually tends to play a big role, since a lot of items were produced in mass and the quality will separate each one. In a Coca-Cola column, one collector talked about how the same tray could go for $1,800 or $1 depending on its condition.

Bigger, more decorative items – clocks, signs, etc. – seem to go in the hundreds (unless it’s a huge sign, then it might creep into the thousands), while bottles don’t hit those kinds of numbers unless extremely rare or sold in a set. Keep in mind though, that the span of items is great – bottles, toys, signs, trays, glasses, playing cards, thermometers, the list goes on and on. 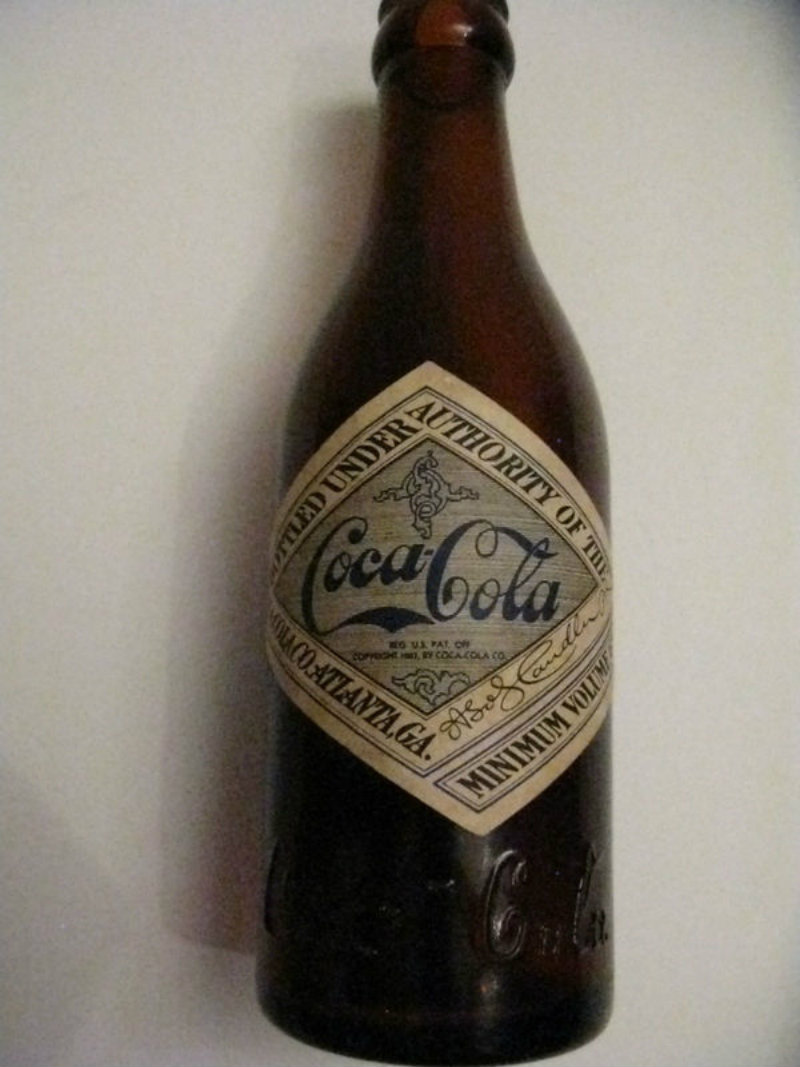 The slogan: This helpful tip comes from an eBay user, who notes that the items feature a different slogan based on the date they were produced. There’s a full list of different slogans and the years that correspond, so it’s a great resource for deducing a year – as is this Culinary Lore page. You can also look up the motto online for more info – could be a good way to deduce reproductions, too.

Bottles – shape, weight, and label: Much of this you can reference in Coca-Cola-specific guides or online, but all these factor into the date when the bottle was made. eHow has a great list that explains how the ounces statement, shape, and even the label/imprint offer clues to the date and how limited the quantity was (e.g. commemorative items).

Age: There are so many different Coca-Cola objects that it is difficult to get into detail about each one – we suggest buying this book as a reference guide – so look for clear signs that the item doesn’t match its alleged age. Do certain parts look old while other parts look new, like a label? Does it “look” vintage but seem brand-new? If something looks off, be a bit suspicious.