Who Would’ve Thought That The American Dream Involved Living In A Trailer!

Airstream trailers have come in many shapes and sizes over the years. The company started from humble beginnings. Founder Wally Byam sold blueprints for his trailers in the back of Popular Mechanics. Based on the popularity of these blueprints, Byam opened up a small factory to build trailers in the early 30s. The Airstream was officially born. The company has had ups and downs over the years, but it seemed like Airstreams were a major part of exploring America when we were kids.

So why don’t we see as many Airstreams today? 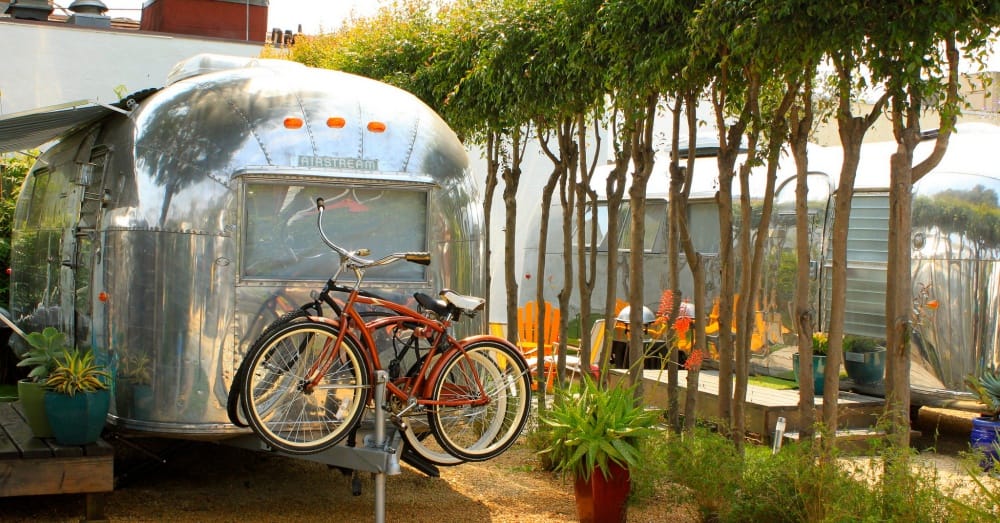 When the Airstream company was finally starting to take off two things happened that put a wrench in Byam’s business: the war, and the Great Depression. During the 1930s, the “trailer lifestyle exploded and the industry followed suit.” But during WWII, materials were scarce, and aluminum was a major resource needed to support the war effort.

Byam shut down production and he (and his crew members) took jobs at various airplane factories in California. Byam was working for the manufacturer Curtiss-Wright, and bought one of their factories after WWII ended. He was able to use his new manufacturing knowledge and factory experience to start his company up again, now better than ever!

Over the years the company grew. They bought a second factory in Ohio. They made their trailers self-reliant so owners didn’t have to connect to external sources for power and water. An Airstream was even used after we put men on the moon! Scientists were unsure if our astronauts would bring back with them any extraterrestrial illnesses. They were quarantined in a specially-built Airstream until NASA gave them the “all clear.” 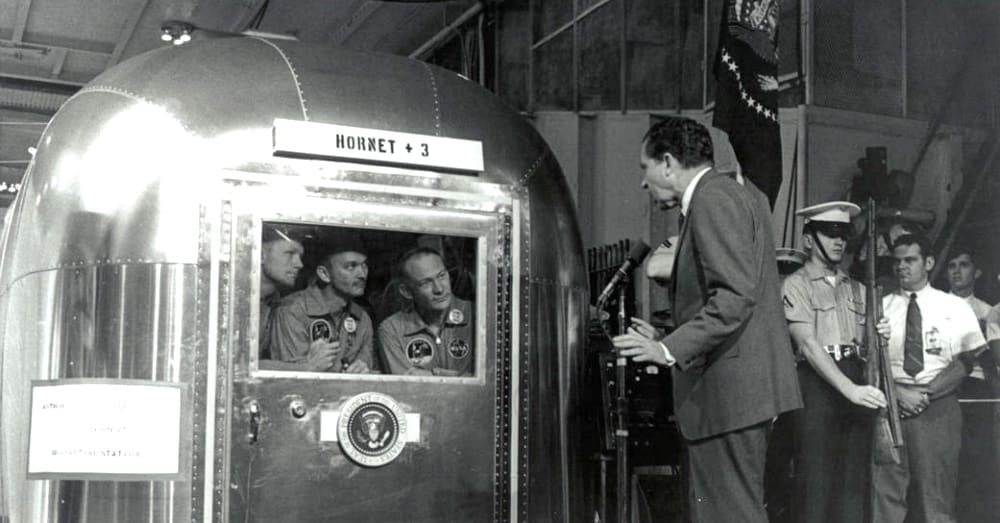 So, What Happened To Airstreams?

The Airstream company is still alive and well. They still makes trailers and motorhomes to this day. But many cross-country travelers seem to be opting for RVs and motorhomes, diluting the uniqueness of seeing a silver bullet on the highway. But the classic Airstream has found new unique uses off the road as collectors and fans decide to repurpose their classic fifth wheels. 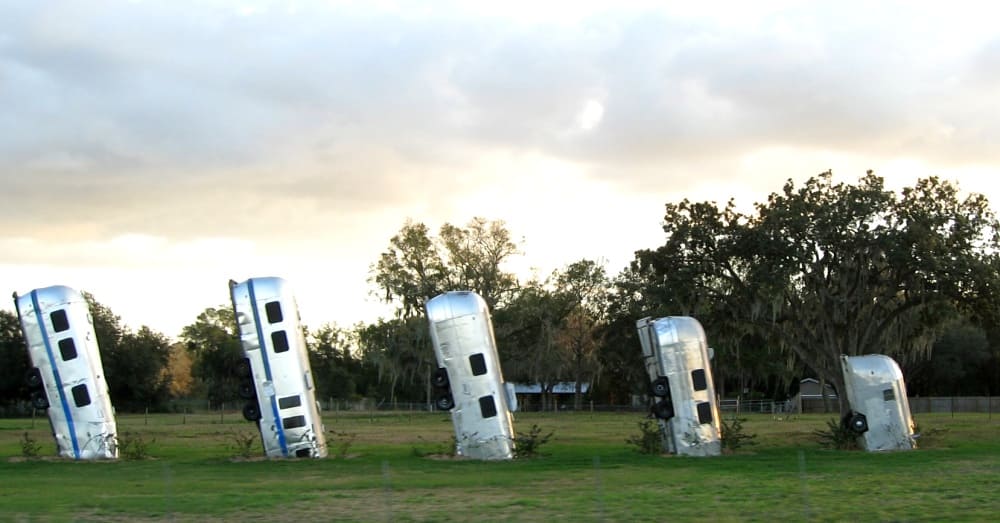 Airstream Ranch in Florida / Via Soupstance

Frank Bates, the ranch’s owner, runs an RV dealership. To celebrate Airstream’s 75th anniversary, he buried eight silver bullets nose-down in the ground alongside a nearby Florida highway. After Bates’ neighbors battled him over the display, deeming it “a nuisance,” he finally made his display official after taking the matter to court. It still stands to this day, a tribute to the almighty American Road trip.

In our digital age, more resources are being repurposed. Cars become cabs with Uber, the Internet becomes a radio with Pandora, and guest houses become BnBs with Airbnb. But it’s not only guest houses that are being rented out to travelers seeking unique lodgings. Many are renting out their Airstream campers for as cheaply as $100/day. Instead of bringing an Airstream with you, you can go find an Airstream wherever you’re staying!

3) Trailer Is Where The Heart Is

After the housing market crashed, Americans used their ingenuity to find new places to stay. Trends have emerged in the last decade of “tiny houses,” of people living in vans, and of people repurposing Airstreams for full time accommodation. In fact, this father is raising his two-year-old daughter in a ’70s-era Airstream that he refurbished. He’s not only made it look beautiful, but he’s done so on a budget…

So what’s actually happened to all the Airstreams from our childhood? They’re still around, you just have to look for them in different places.

When fossil fuels were abundant, adventurers covered the roads with them. When affordable housing was on the front of everyone’s mind, people moved in to them. What’s in store for the Airstream’s future, we don’t know. The company has been through so much over the past 80 years; such a resilient part of American culture will never fully disappear.

Do you wish you could still travel the way you used to?

Check out these 5 photos that prove flying was way better in the ’60s!