In the Back Bay neighborhood of Boston a very interesting find was recently made inside the walls of a building there and the meaning behind it isn’t exactly clear. A cryptic note was found on a rolled up piece of paper that was placed inside a whiskey bottle with a cork stopper to keep it in. 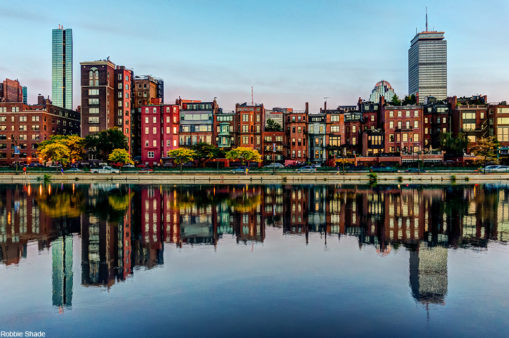 The bottle in question was an N. Simons Rye Whiskey bottle. According to the label on the bottle the company was once at 31 & 33 Castle St., Boston. The note was singed “Tom Ford” (no relation to the fashion designer we presume) and dated Sept, 23rd, 1894. The note simply reads, “6 on Shea.” The bottle was found tucked into the space between the flue and the wall near a fireplace.

The City of Boston Archaeology Program posted pictures of the bottle to social media where people immediately commented that the note sounded like a covertly-placed bet. One commenter noted that, “There was a (very short-lived) professional football/soccer league in 1894- one of the captains was Dennis Shea.”

It seems that if the note was in fact a bet that whoever was making the bet didn’t want anyone to find out about it. We can imagine a scenario in which a bookie comes to collect his weekly bets from secret hiding places all around town! How intriguing.

(1/2) We have a mystery for the hive mind this week! A Boston resident found this amazing message in a bottle tucked into the space between their fireplace flue and an interior wall, presumably placed there by past builders. pic.twitter.com/YHefzoFfeV

A Facebook commenter recalled that around this time a man named John Shea was on trial for running an unlicensed bar selling whiskey illegally and that this Mr. Ford could have been betting on the outcome of this highly-publicized trial. 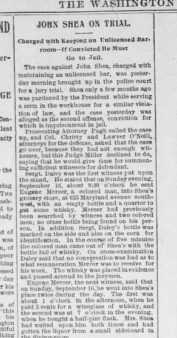 Could the note be related to this trial? Via/ Newspapers

There is a Shea Street in Quincy, MA, and a Shea Road in nearby Cambridge, so in theory the note could also be a reference to a location- perhaps a pick-up or drop-off point. In any case the hidden nature of the note still leads to the eventual conclusion that whatever our Mr. Ford was up to, it was probably some variety of no good.