There is a book that is outlining the gruesome murders of the Yorkshire Ripper in a way that has never been done before. The book by Richard Cobb, n the Trail of the Yorkshire Ripper: His Final Secrets Revealed explores an unusual theory. The possibility that the Ripper was a sexual deviant rather than somebody who was just out to kill prostitutes.

Cobb is a historian and along with his team, they have laid out the crime scenes and re-examined the killings. There were a lot of controversies that were associated with the police investigation so it has not happened until this time. 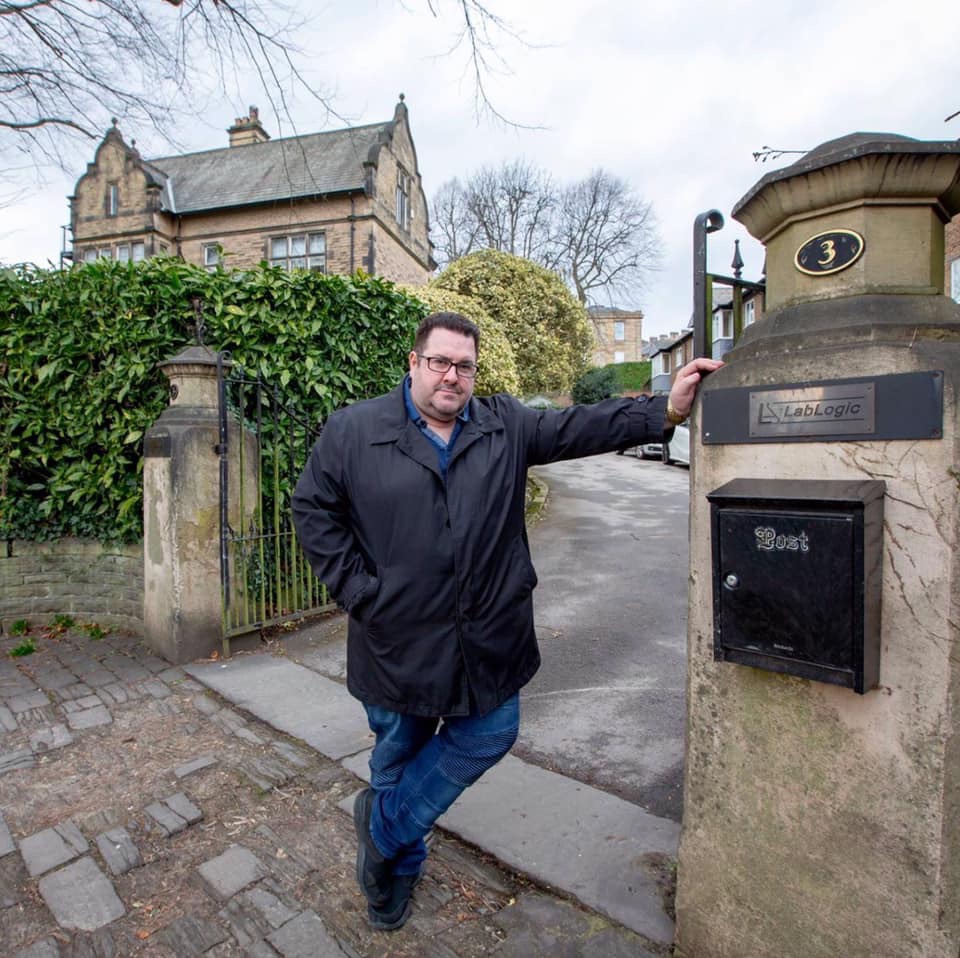 The locations of the bodies were detailed but the exact locations where the murders of 13 victims between 75 and 80 in Bradford and Leeds were not laid out in detail.

Cobb and his team have gone through the original police reports, newspaper clippings, and eyewitness interviews to collect all of the information contained in the book. According to the historian, he looked at old news footage to go through his confessions and to pinpoint where the murders happened along with how they happened.

The 44-year-old author worked for endless hours to come up with a map of where the victims were killed. This includes victims such as Jayne MacDonald, Yvonne Pearson, and Elena Rytka. “I was able to find the original press photographs at the time [and] from those I could work out roughly where the crimes had taken place,” he explained.

The image below is the murder of Elena Rytka. They found her body in the rear of Garrard’s Timber Yard in Huddersfield in February 1978. 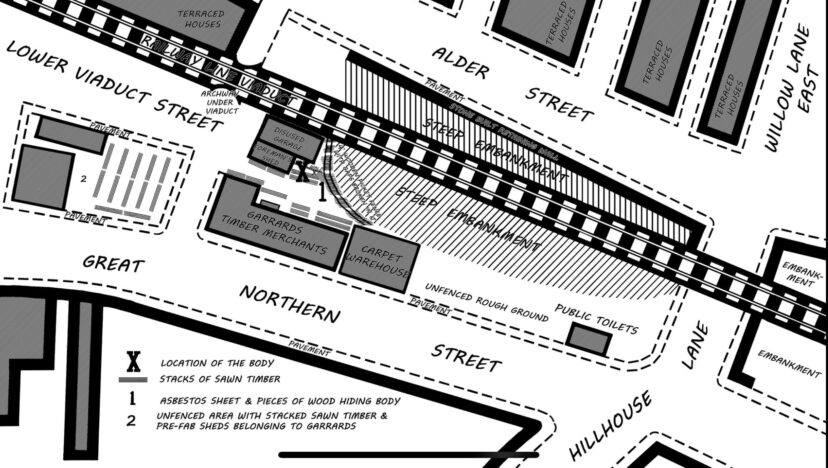 For the first time in over 40 years, the image shows the murder location of Jean Jordan in Manchester. 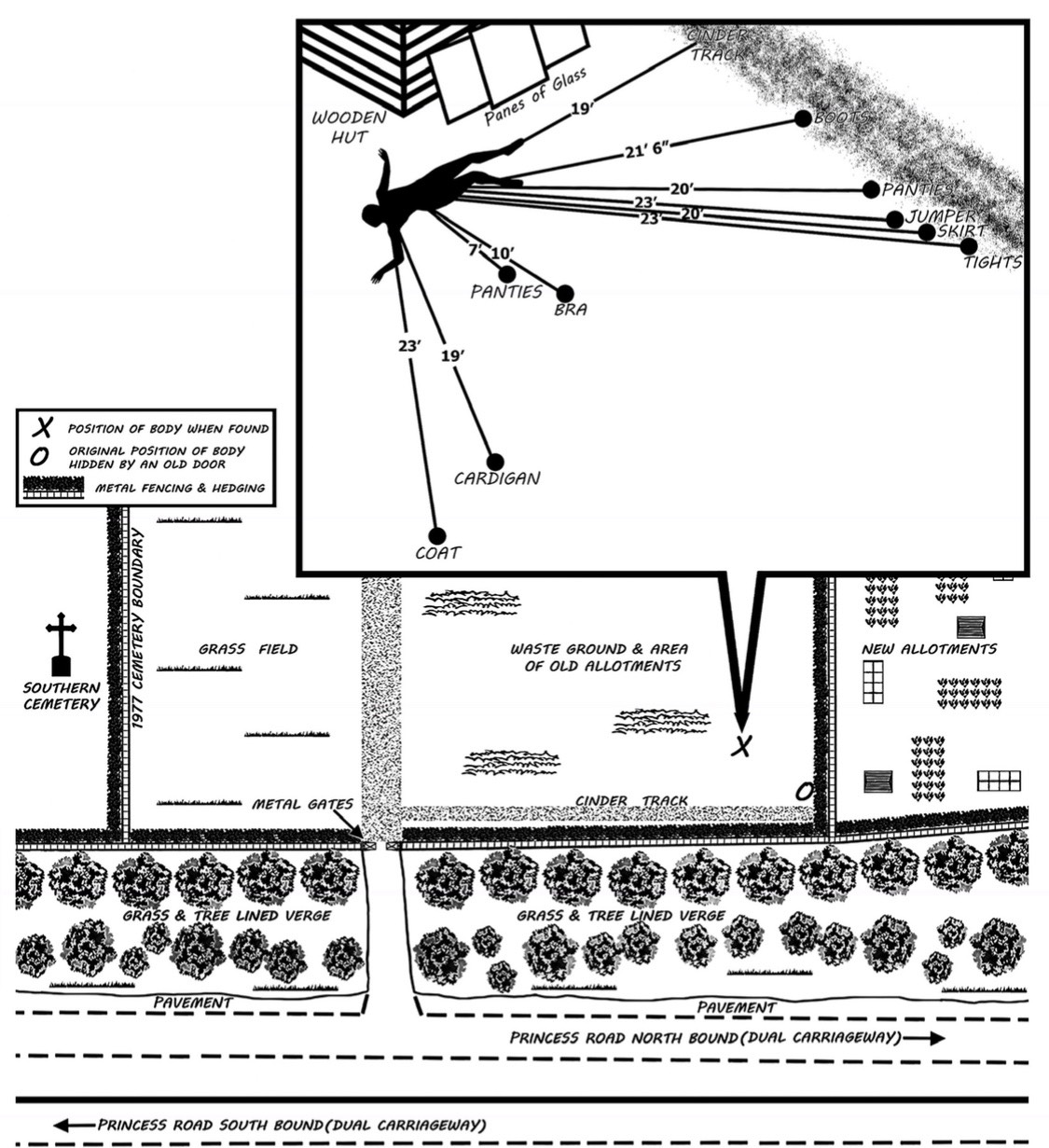 Patricia Atkinson’s body was found in a room, and this map shows where. 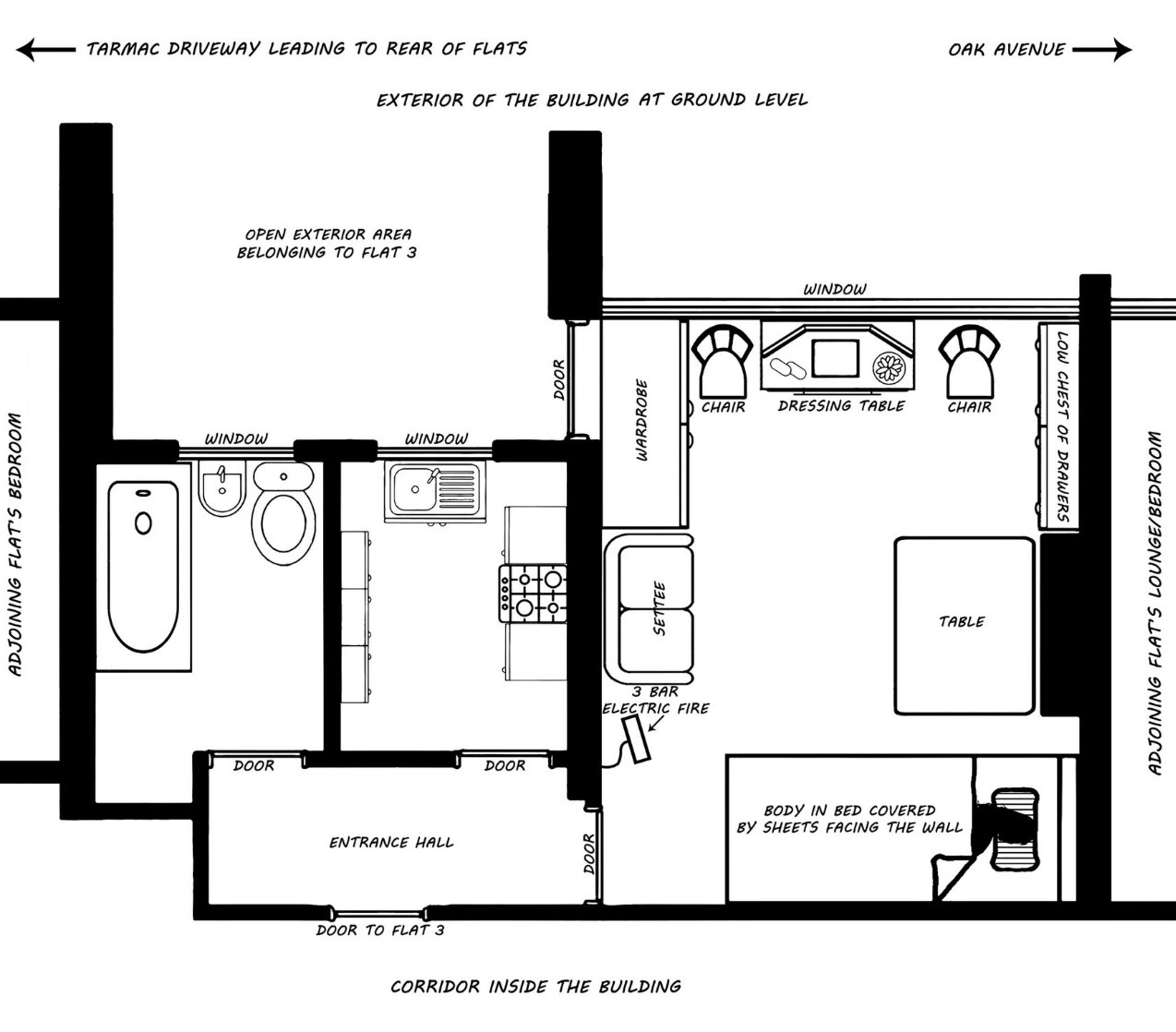 16-year-old Jayne MacDonald’s murder is shown in this image. 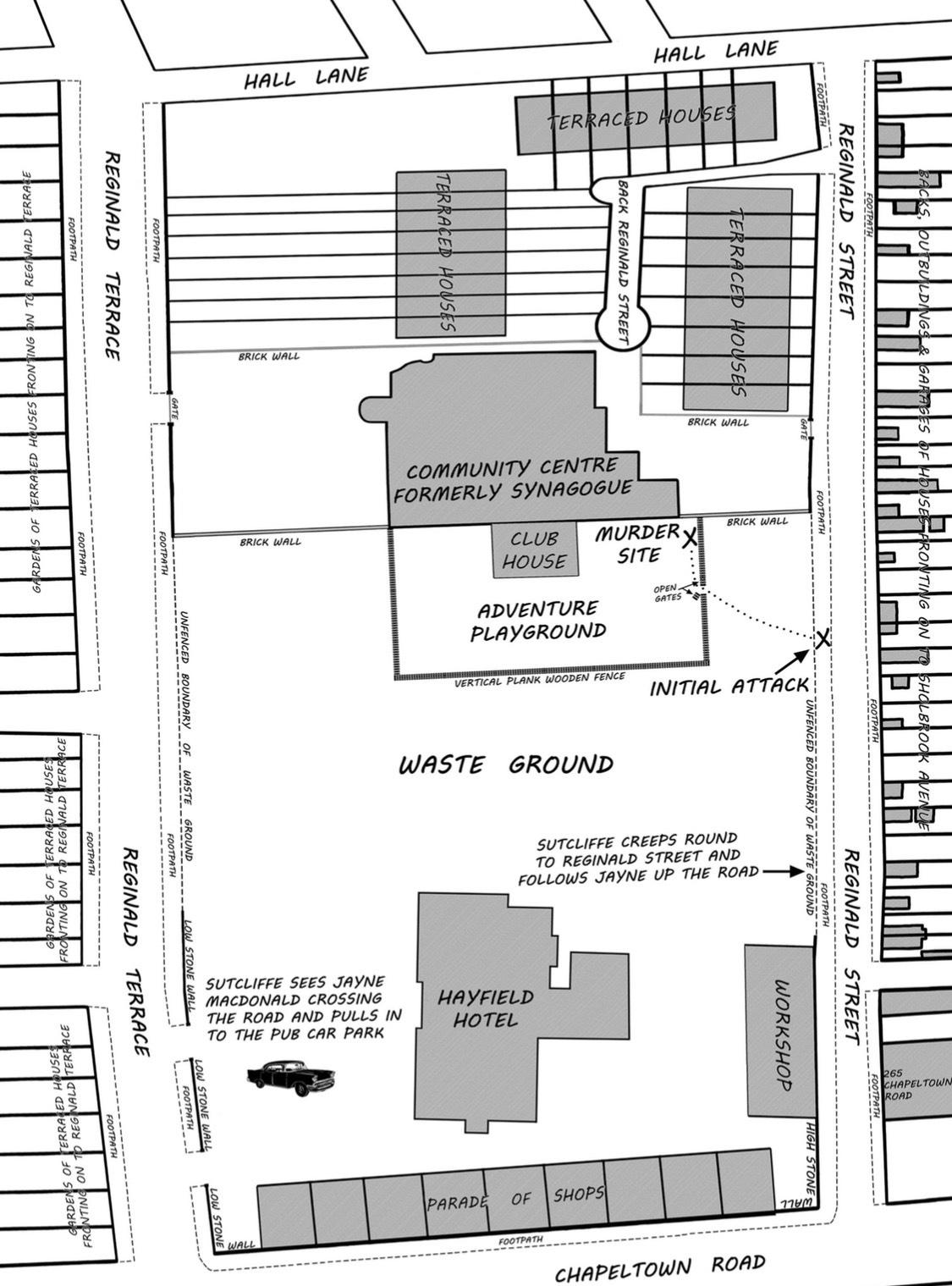 “It was a rush job to get Peter Sutcliffe to court, and ever since then all of the archives have been sealed tight. So to get new information about the Ripper you have to retrace all of the crimes.

We looked through newspapers, spoke to survivors’ families and people who worked in the area. We’ve reconstructed the events as they actually happened. It’s the first time in more than 40 years that the whole Yorkshire Ripper investigation is laid bare.”

The author feels that the research has opened up more information about the crimes, saying: “Most people I spoke to say he thought God told him to kill prostitutes. That claim is nonsense when you consider the people he attacked – who didn’t die – were not prostitutes.”

After interviewing many people, he feels that the Ripper was a necrophiliac who murdered people for sexual pleasure. He feels that his job as a gravedigger may have started him down that path. 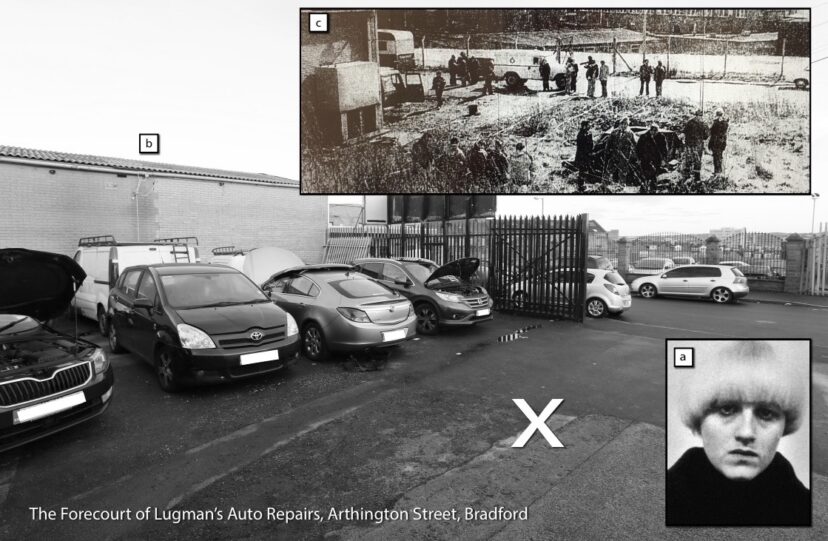 Cobb claimed there were ‘all sorts of quirky morbid stories’ about how Sutcliffe would open the coffins and look at the bodies, stating: “During the time he worked as a gravedigger, he was getting sexual kicks from the bodies.”

They also feel that his murder trousers, which were made from a green silk shirt with kneepads on the elbow and a hole in the crotch showed how much of a deviant he was.

“This was designed to kneel over the body exposing himself and pleasure himself over the body. After he lost his job as a gravedigger I think he wanted to find a way of regaining that sexual high.

And that’s when I think he started going out and attacking prostitutes. Hitting them on the back of the head immobilizes them, and then they’re lying on the ground resembling a dead body. Sutcliffe then performs his sexual deeds, and he kills them with a knife.” 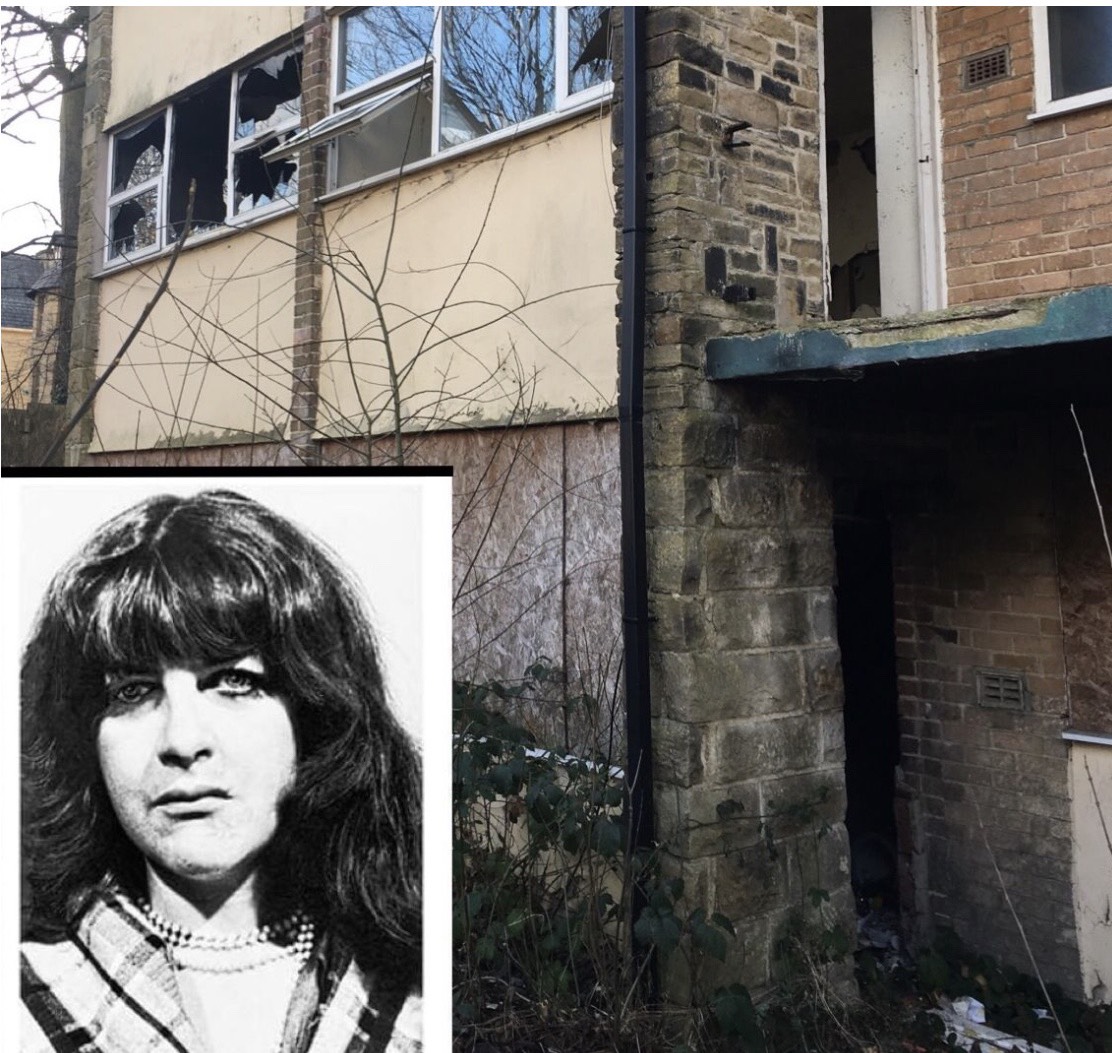 In order to catch Sutcliffe, the largest manhunt in British history took place. Eventually, the murderer was convicted in 1981 and he is still in prison.

There Was a Time When Tanning and "Sun Tattoos" Were All the Rage: Click “Next Page” below!