In Canada, it was announced that gold miners in the Yukon Territory found a mummified wolf pup and a caribou calf. According to CBC news reports, those animals were likely roaming free during the Ice Age. The discovery took place in 2016 in Dawson City, where the permafrost had preserved them. Carbon dating was used to discover that the animals died more than 50,000 years ago.

It is not unusual for fossils from that period to show up in the Yukon but it is less rare for an entire carcass to remain intact. Grant Zazula, a Yukon government paleontologist told CBC News, “To our knowledge, this is the only mummified Ice Age wolf ever found in the world.”

The carcass of the caribou calf includes the head, torso and front limbs. There is still muscle, hair, and skin on the carcass. The area where the caribou calf was found contains volcanic ash from 80,000 years ago. The wolf pup is similar, still having a head, tail, paws, skin, and hair. 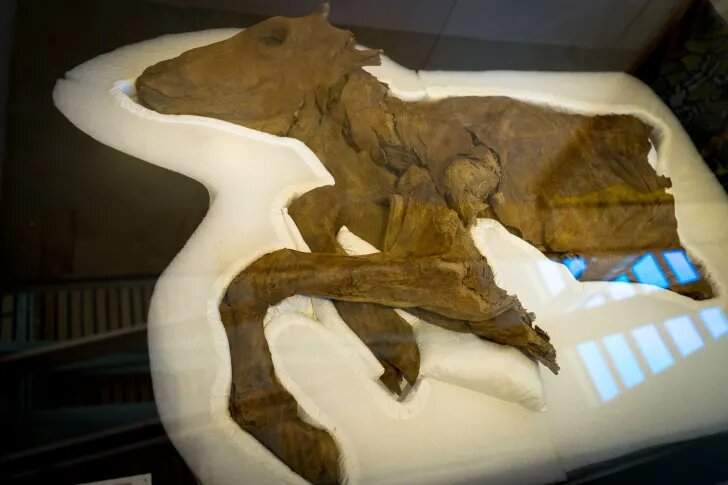 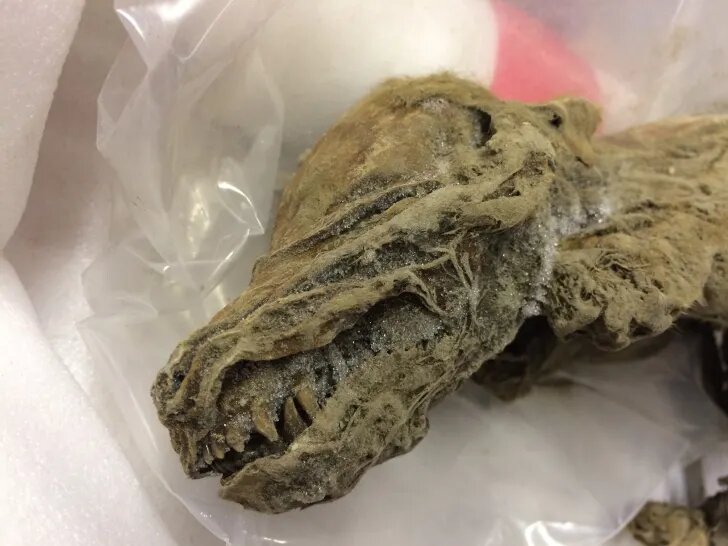 Tr’ondëk Hwëch’in First Nation also holds these findings to be of special significance. Tr’ondëk Hwëch’in Chief Roberta Joseph said in a statement: “The caribou has fed and clothed our people for thousands of years. The wolf maintains balance within the natural world, keeping the caribou healthy. These were an amazing find, and it’s a great opportunity to work collaboratively with the Government of Yukon and our community partners.”

The animal specimens will be preserved by the Canadian Conservation Institute. The findings will also be seen in Dawson city until the end of the month and will later be moved to the Yukon Beringia Interpretive Centre in Whitehorse to be on exhibit.