Where Did The Tooth Fairy Come From?

Many children around the world remember the tooth fairy when they lost their teeth, just as readily as they remember Santa Claus on December 25. We may look at the tooth fairy with fond memories but it’s good to know that they are not always as we think of them today. In fact, they have changed, much like other mythological heroes from folklore. In addition, they have also been different according to religion or culture where they were discussed. 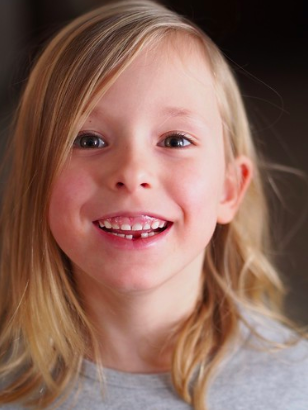 The tooth fairy is a relatively new creation but it evolved over time as specific legends, traditions, and myths were added into it. Those legends go back thousands of years and are associated with losing baby teeth

Early European and Norse traditions state that when a child lost one of the baby teeth, it was to be buried so that the child would not experience hardships when they were an adult. The tradition of the tooth fee (tand-fe) originated in Europe for the first tooth that a child lost. Children’s teeth were used by Vikings to bring them good luck when they went into battle as well.

A more general tradition of the tooth fairy being a “good” individual was developed in Europe. It came from popular literature and fairytales of the times. The most popular version of the ‘tooth deity’ is a mouse image that will go into the children’s room and remove the teeth. This tradition is still used in Spain, Russia, and many Asian countries.

When the sixth tooth fell out, a more recent tradition stated that they would be rewarded with a gift. This tradition was popular in northern European countries. A mouse or rabbit that was thought to date to the 17th century was popular in France. In Latin countries, the character was known as Ratoncito Perez but in France, La Petite Souris.

Perez continues to appear in cartoons and an entire museum is dedicated to him in Madrid, Spain. He is used in commercials for dental products and many children look at him in the same way that children in the United States or Canada look at the tooth fairy.

One of the reasons why the mouse is so closely tied to the tooth fairy tradition is that rodents grow their teeth throughout their entire life. Anthropologists feel that it is a way for believers to transfer good luck to their children who lost the tooth.

Other cultures have a legend that is closely tied to cats, dogs, squirrels and beavers. Additional traditions include rituals that may go back thousands of years and can be found in almost every culture. They include traditions, such as:

The Different Faces of the Tooth Fairy

Many counterparts of other mythological individuals, including the Easter Bunny and Santa Claus, have been changed by companies, such as Cadbury and Coca-Cola. The tooth fairy, or the other hand, does not have a specific appearance. Other ferries in pop culture have provided the more common renditions but the tooth fairy continues to change shape and size, age, form and some of them may even be animals or birds.

The tooth fairy that is commonly thought of in the United States is probably a combination of the good fairy and a mouse. A book was popular in 1927 that perhaps had a lot to do with the modernization of the American tooth fairy. It included an obscure legend but eventually became popular due to Disney’s fairy characters. The tooth fairy also gained popularity and many households adopted the practice of paying money for a lost tooth.

According to Visa, who conducted a recent survey, an average of $3.70 is received per tooth in the United States by the children who leave them under their pillow. Some parents even give more money for larger teeth or the first/last tooth, which is part of European tradition as well.

The Tooth Fairy in Popular Culture

The tooth fairy continues to show up in plays, books, cartoons and even major films. Some of them may even break tradition away from the female character. In more recent times, the tooth fairy has been featured in the following way:

Rise of the Guardians: The tooth fairy is part of a mythological group of characters and is almost birdlike in appearance. The film is animated but a little juvenile, even for children.

The Tooth Fairy: One of the biggest actors in Hollywood is The Rock. He steps out of character to become the tooth fairy in this film and gets in touch with his sensitive side.

Darkness Falls: This reimagined the tooth fairy myth in a rather unique way by blending it with other folklore. It allows you to be frightened and to see the tooth fairy in a different light.

Toothless: Most People don’t remember this Kristie Alley movie. She is a dentist who becomes a tooth fairy. It is a spinoff of the Santa Clause movie.

It’s interesting that the tooth fairy legend continues to grow and change among cultures. The loss of the tooth is not only a milestone event for most children, but it can also be traumatic. The tooth fairy is thought to bring some comfort to the children but it is also a legend that is a bit outdated and perhaps even a little unusual or creepy in its origin.