The sight of it can bring back a hundred memories. Camphor glass, while little known by most people today, was once a popular and affordable type of jewelry. But, long before even that, camphor glass was a form of Victorian mourning jewelry that just happened to pass into popular usage. Find out more about the history of this lovely jewelry, building a collection, and what camphor glass pieces are worth! 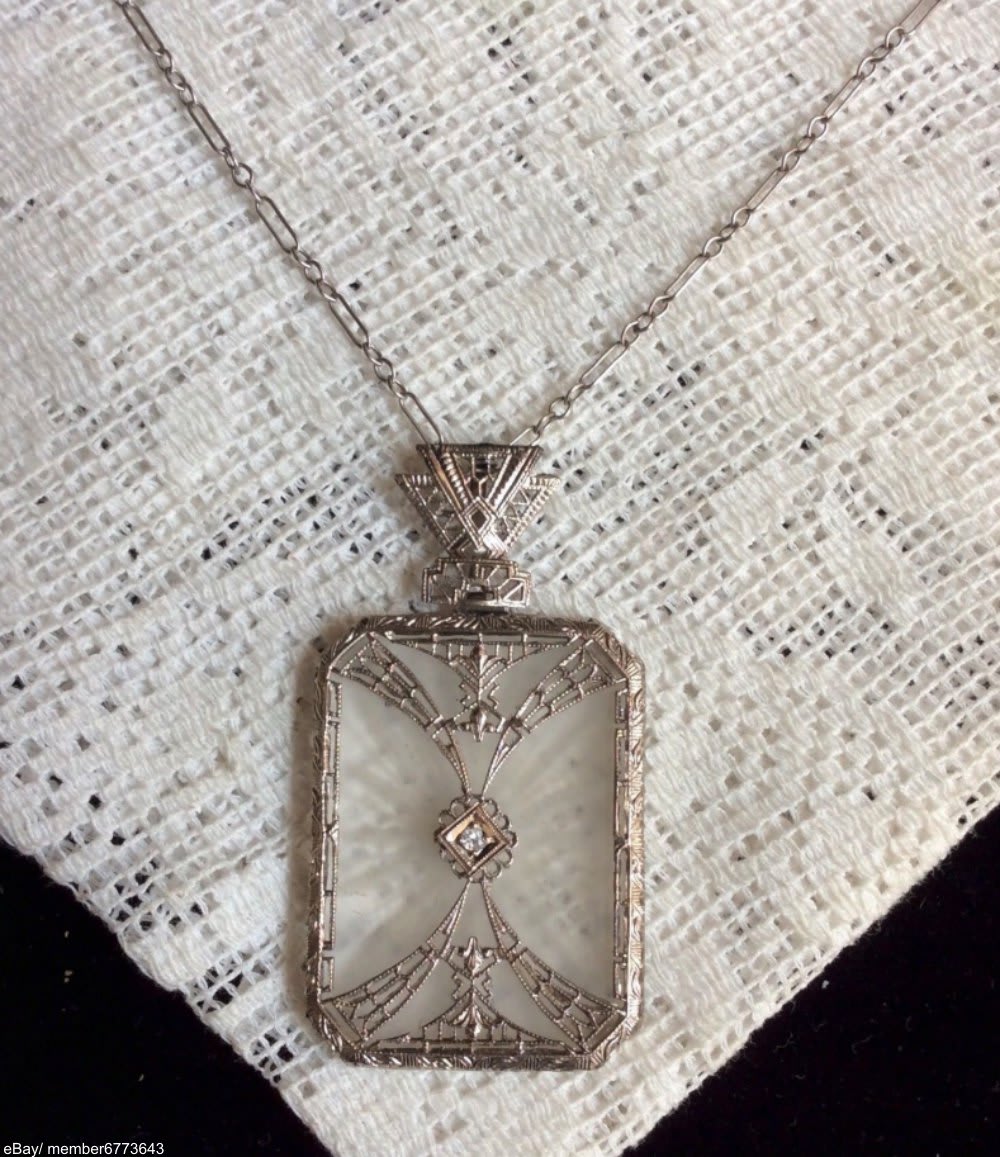 Camphor glass got its start as a type of mourning jewelry and evolved into a cheaper replacement for semi-precious stones. The term “camphor glass” comes from the frosted look of the stones, which is achieved by treating the glass with vaporized hydrofluoric acid. This process subtly etches the glass, a look which mimics both clear rock crystal and gum camphor, a resin in rock form for which the glass is named for.

The stones are most often flat, and sometimes have a starburst pattern on the backside of the stone to give the look of a radiant stone, many times with another stone set into the middle of the “rays.” Beginning in the 1880s these stones came on the market, with suitably elegant and detailed settings. 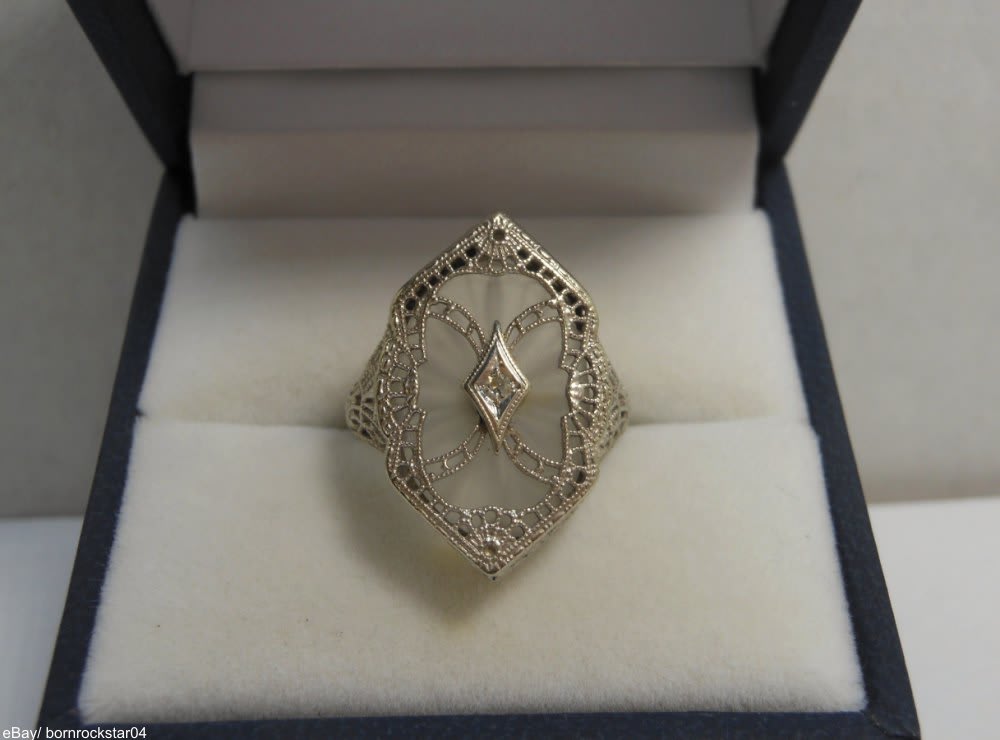 As time went on, production of both the high and low end versions of camphor glass jewelry increased, coming to a peak in the 1920s and 1930s. This is why many people associate camphor glass with Art Nouveau and Art Deco styles. But, in the Victorian era camphor glass was one of the mourning stones, as the lack of color was not considered immodest for a woman in mourning. White (and sometimes clear) mourning jewelry was often used to mark the loss of an unmarried young woman or a child. The most luxurious pieces of camphor glass jewelry have settings that feature filigree, diamonds, or marcasite.

Two well known producers of camphor glass in the early 20th century were ESEMCO and the Boston & Sandwich Glass Company. When 1930s style had a revival in the 1970s, particularly women’s fashion and accessories, many retro and reproduction camphor glass pieces went into production from companies like Avon and Pididdly Links, making the look widely accessible and somewhat common. 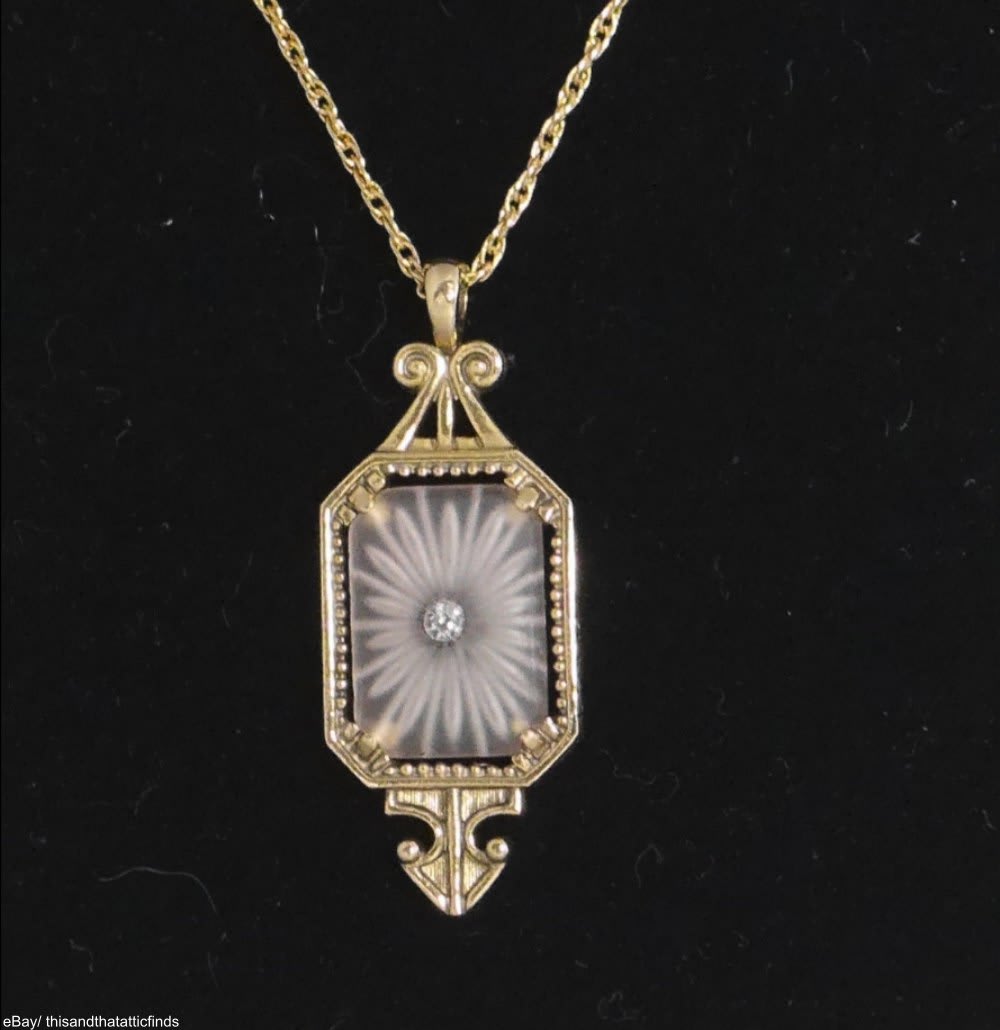 Camphor glass is most commonly found in silver or white gold, though occasionally yellow gold was used to set the glass “stone.” Pieces in white gold, platinum, or encrusted with diamonds can fetch thousands in today’s market. But, much of the vintage and antique camphor glass for sale these days is either pot metal or sterling silver, both of which can bring surprising returns considering what their modern counterparts can sell for. 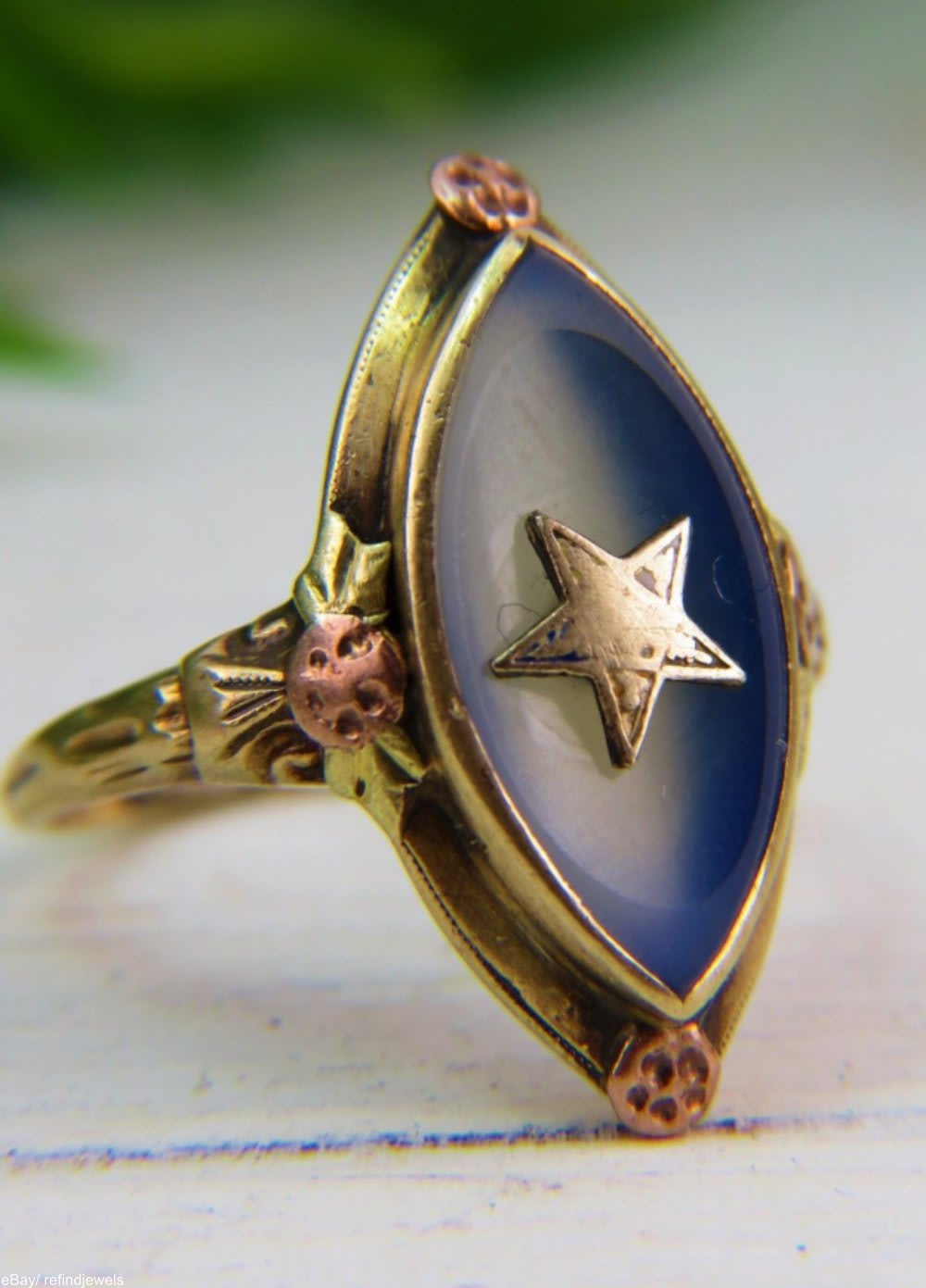 Most sterling silver pieces will sell for under $300, while pot metal and reproduction pieces can sell for $10-$100 depending on the design and maker. Some of the most desired costume types of camphor glass have vivid blue or lavender stones, or are set in yellow gold- two styles not common in camphor glass.