Remembering The Pink Bathrooms Of The Past

Do you remember getting ready in the morning in a brightly colored bathroom? We remember the pink bathrooms particularly fondly. Sometimes you can still find them in older homes and the colors speak volumes about vintage decor. We’ve seen pink bathrooms done completely in pink from tile to the tub to the sink and even the toilet! 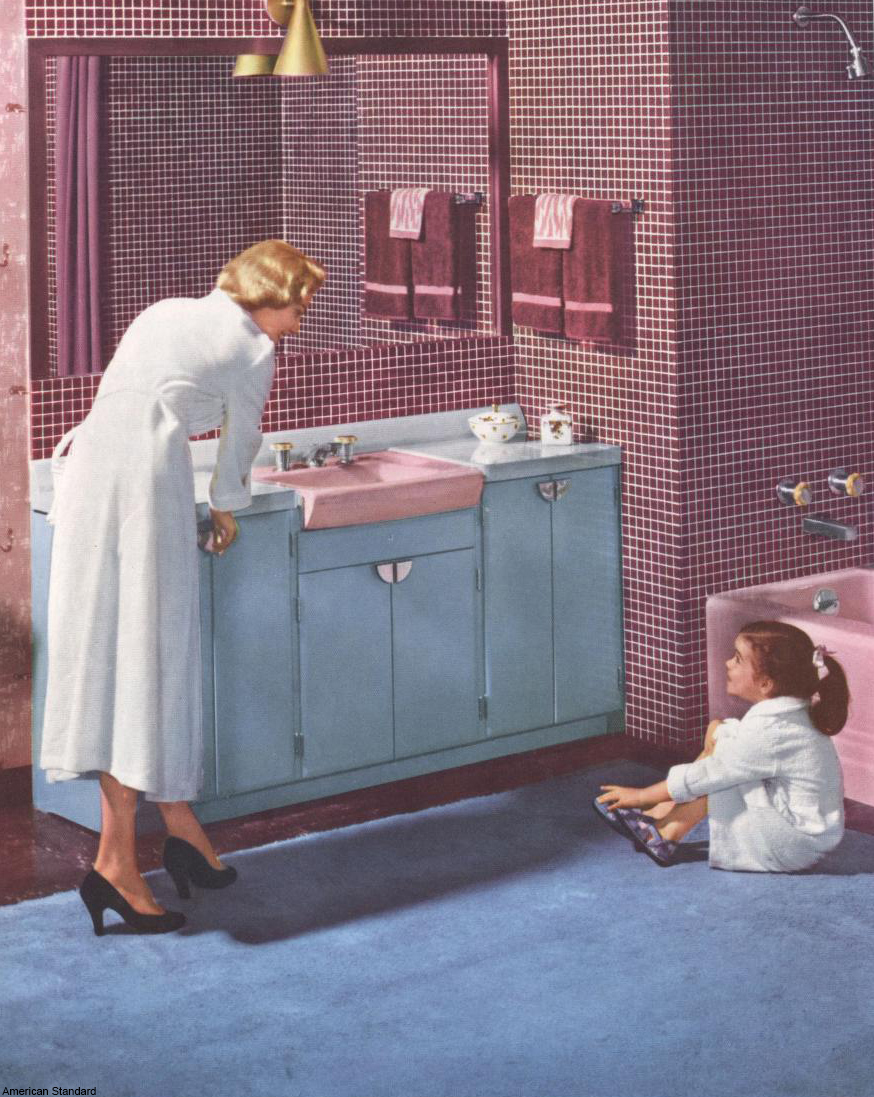 The novel color-glazed porcelain fixtures in many homes built between 1920 and 1960 came in nearly any color from deep eggplant to pastel yellow, with colors readily becoming available starting in the 1930s. One of the most popular colors was pink, in varying shades shades. Pastel and peach colors were popular in the earlier days, but the “Pepto” pink eventually color earned a place in many homes for its intense color during the 1950s and ’60s. 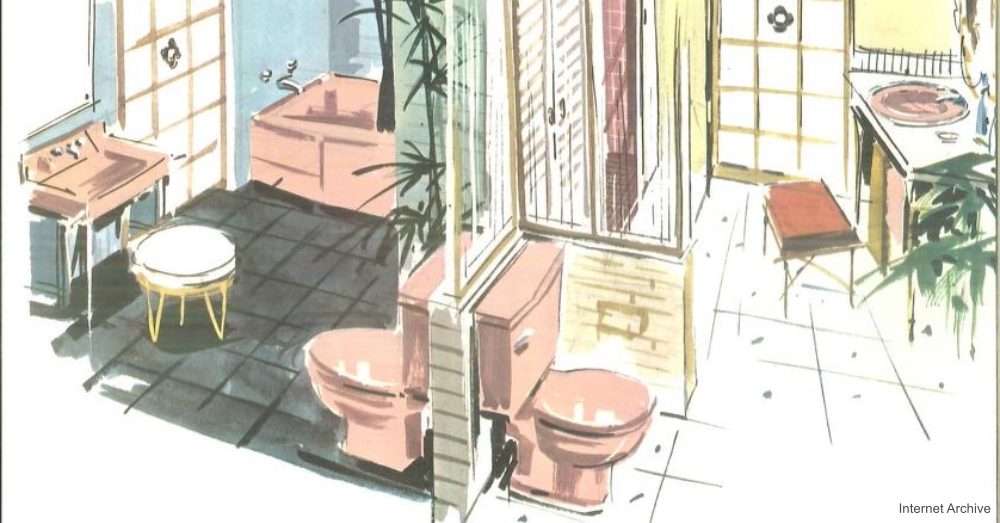 We think of very feminine rooms when we think of pink and the elaborate bathroom plans that were sold to Americans in the 1940s and ’50s were often intended for homes that had multiple bathrooms. So, the idea was that each bathroom would have its own theme or color scheme. We still do this today, but most people do not start out with a plan to build a pink bathroom in a new home. The ideas of his and hers bathrooms for example, or separate bathrooms for adults and children, could only be planned if the house had existing plumbing and/or space for multiple bathrooms. 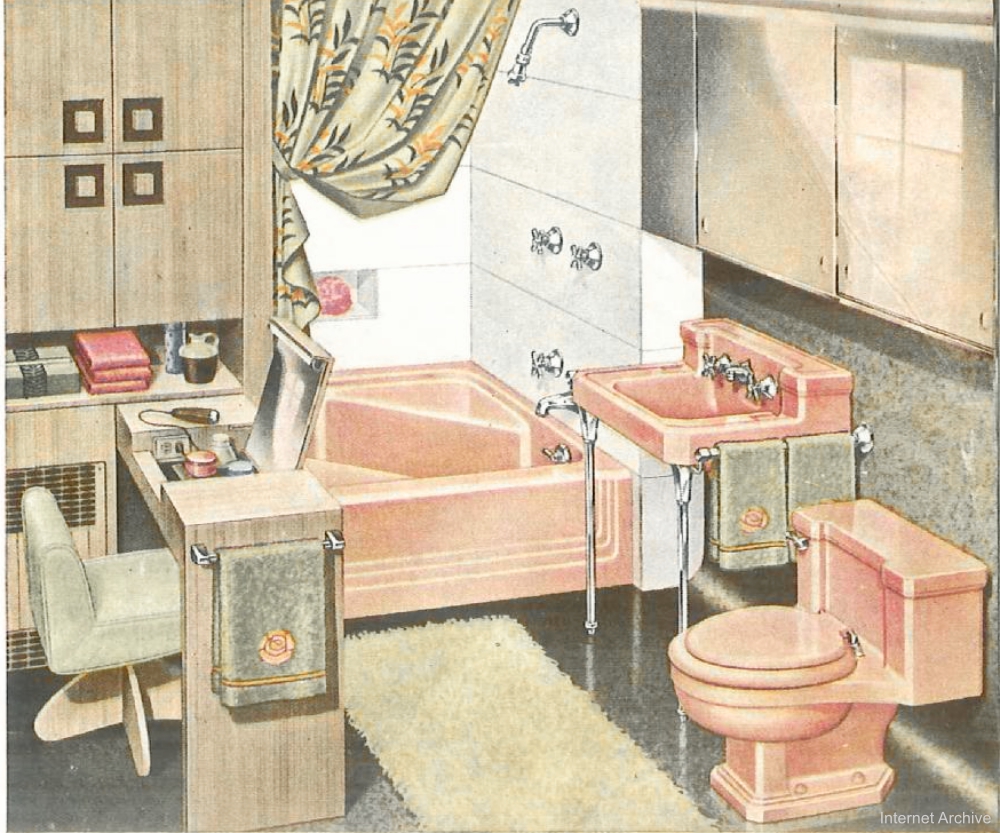 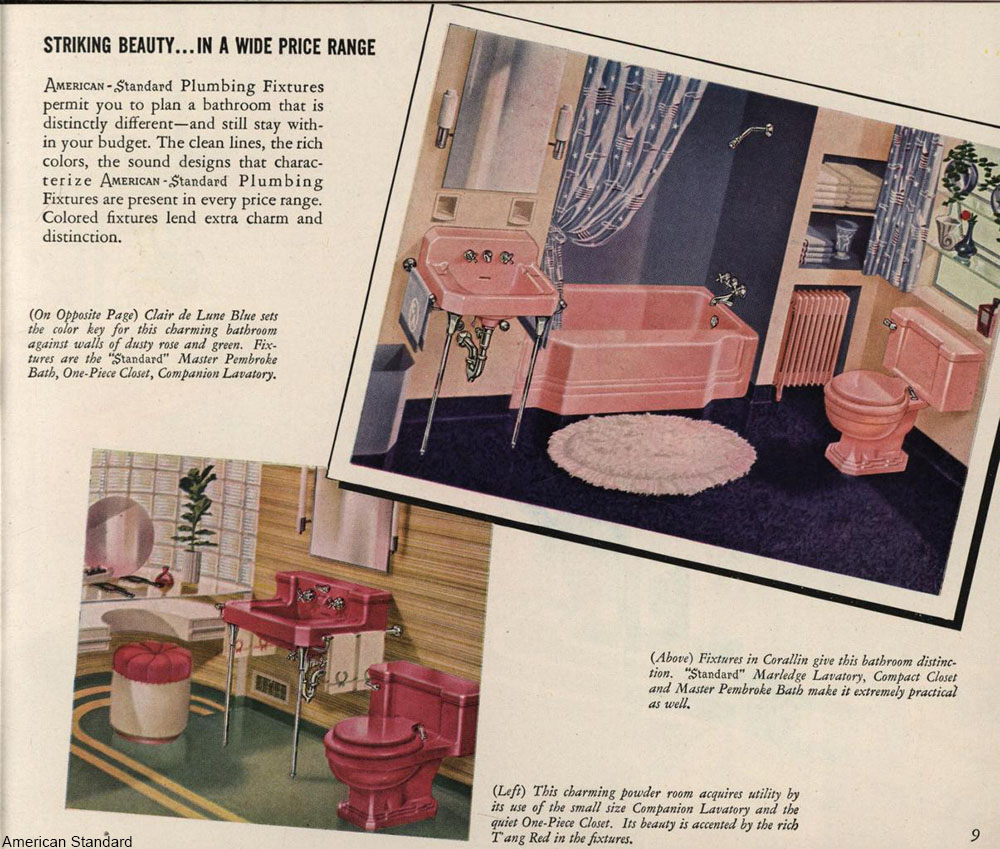 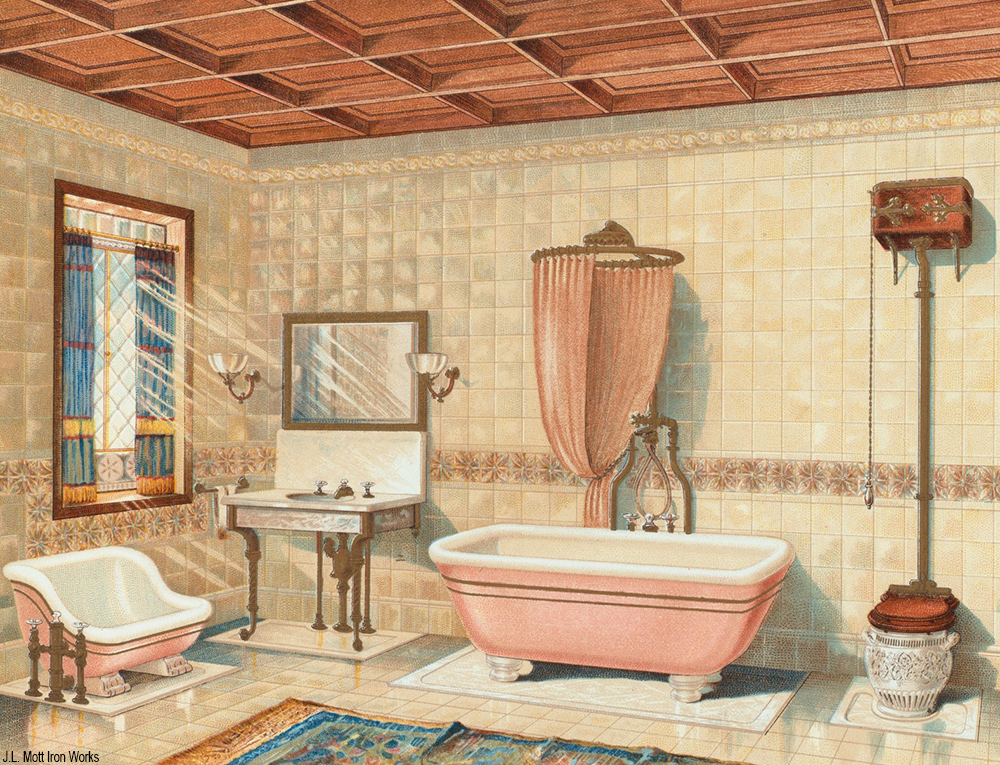 In some older homes that were retrofitted, you can sometimes find a pink bathroom as the only bathroom in the house. The pink colors can be found of course in paint and tile, but the ceramic and porcelain elements were the most expensive and represented a modern approach to decorating at the time. Some popular color combinations with pink were black and white, lavender, or jade green. 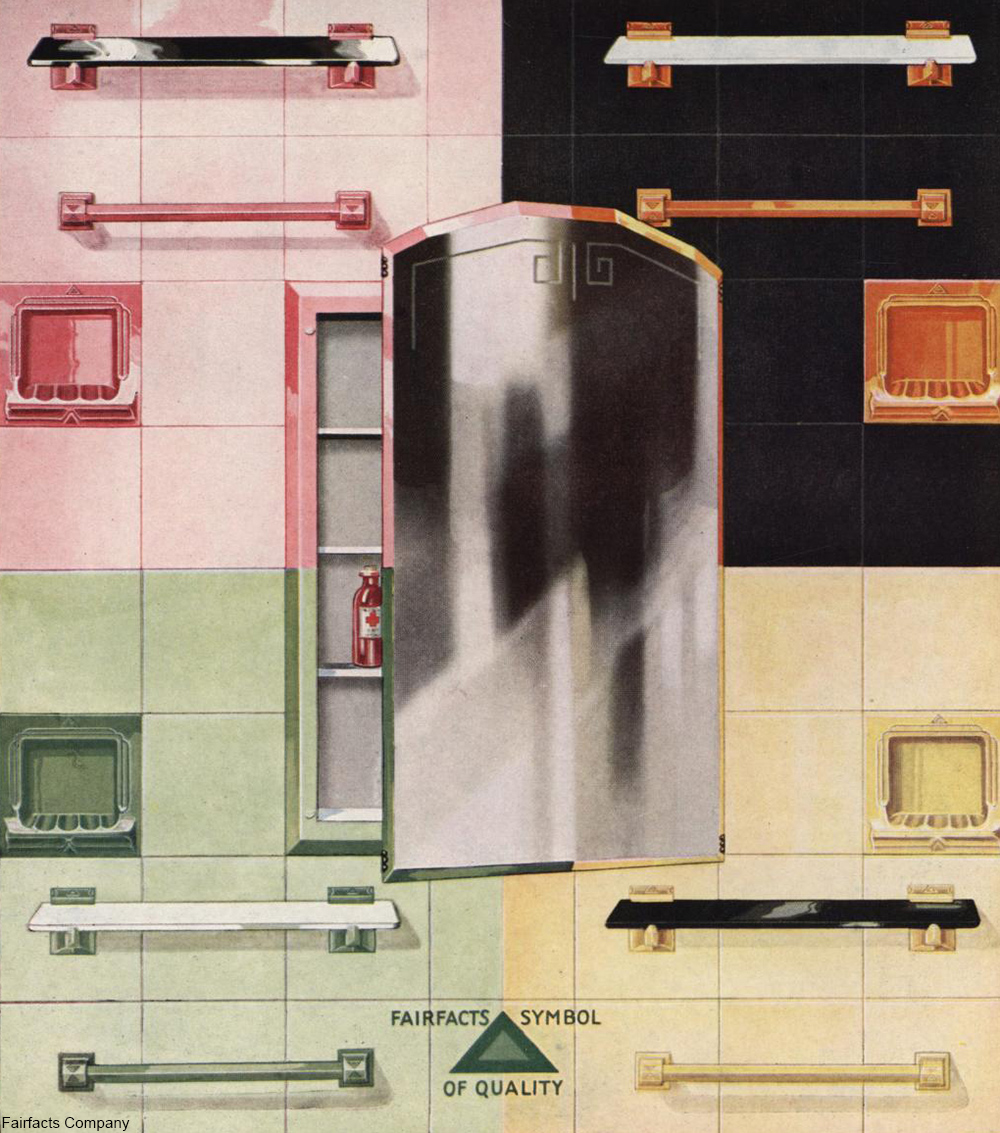 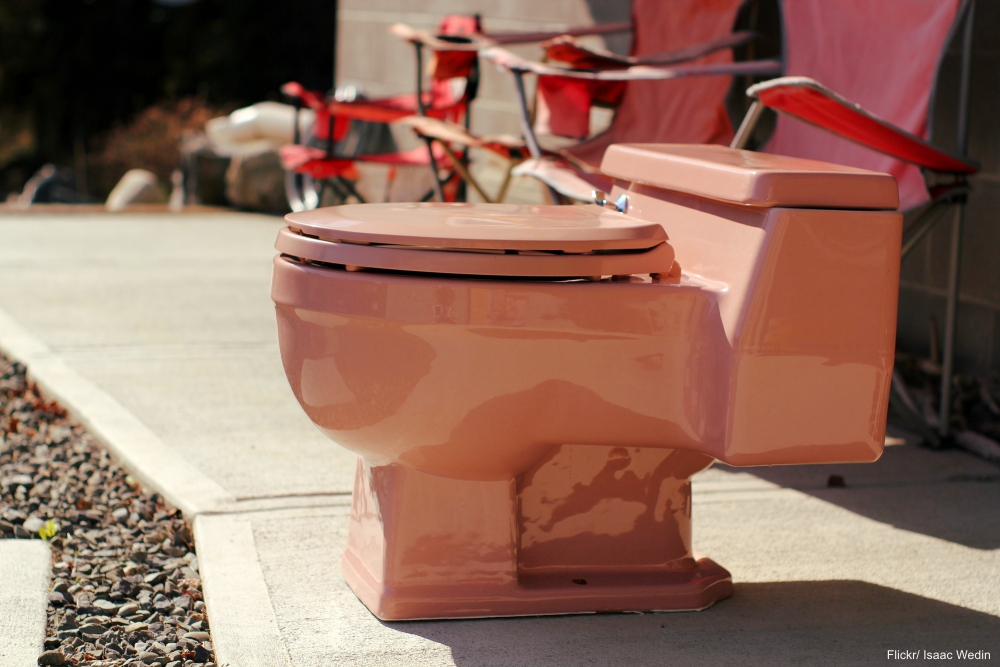 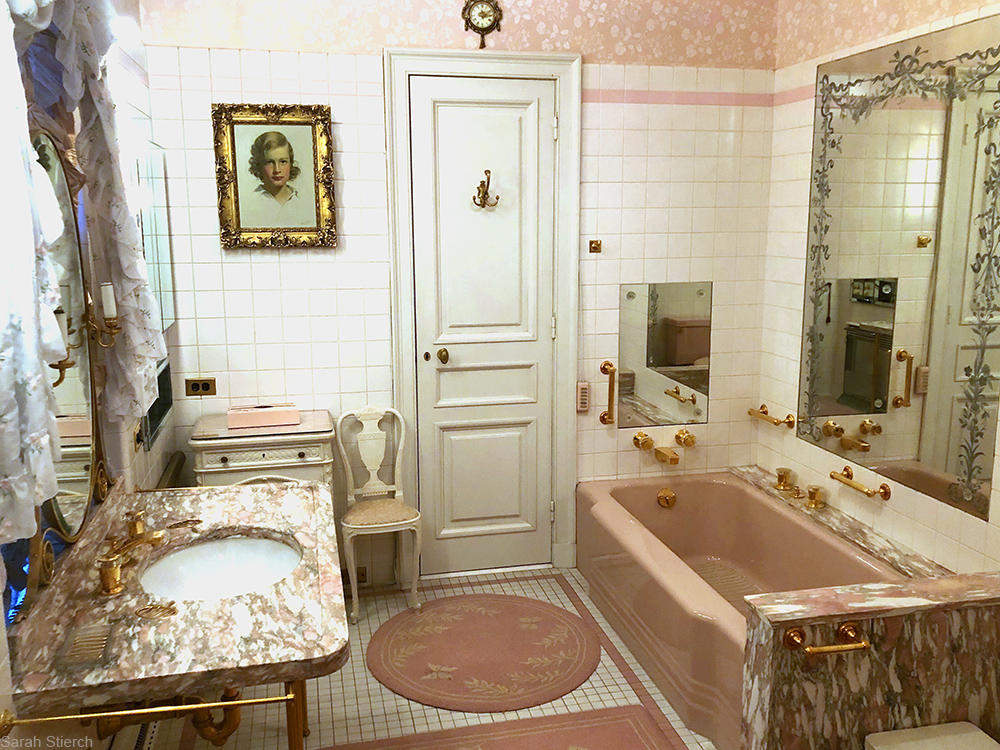 As the fad began to fade it became harder to find replacement fixtures for the pink treasures that were worn or broken from use. The trends towards less feminine colors or towards blanched tones became more prevalent. Having oddly colored rooms for some became a deal breaker when buying a house. Unusual colors of vintage toilets can often be found at home salvage stores since there are many folks eager to be rid of them. But, there’s also a movement to save them. 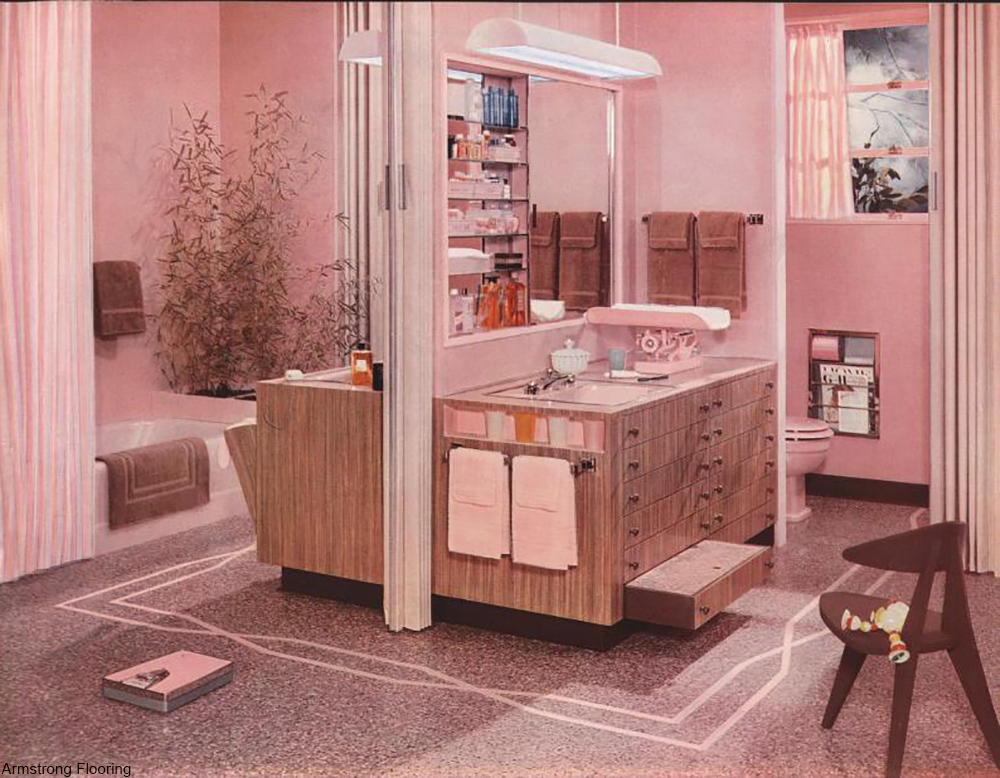 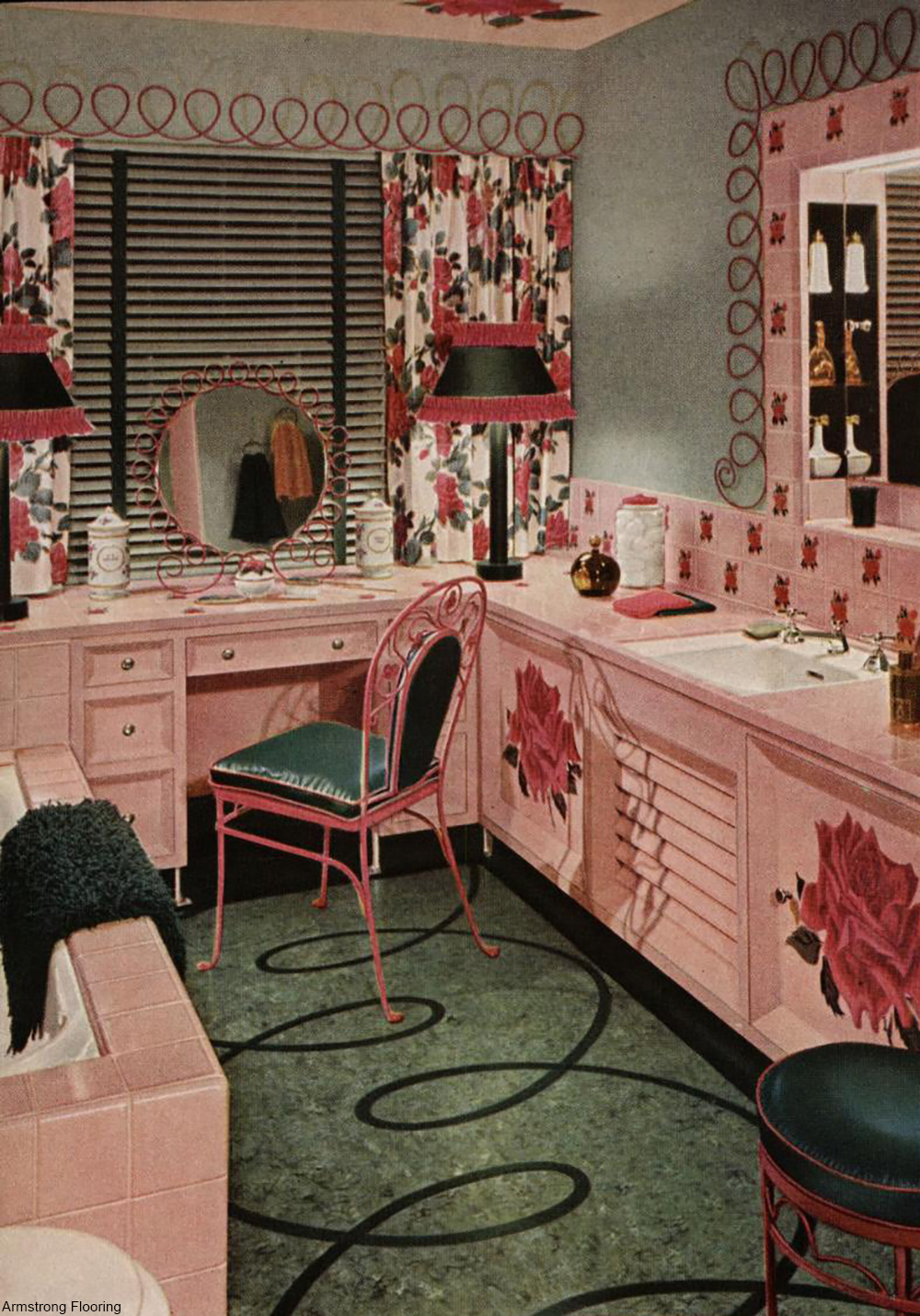 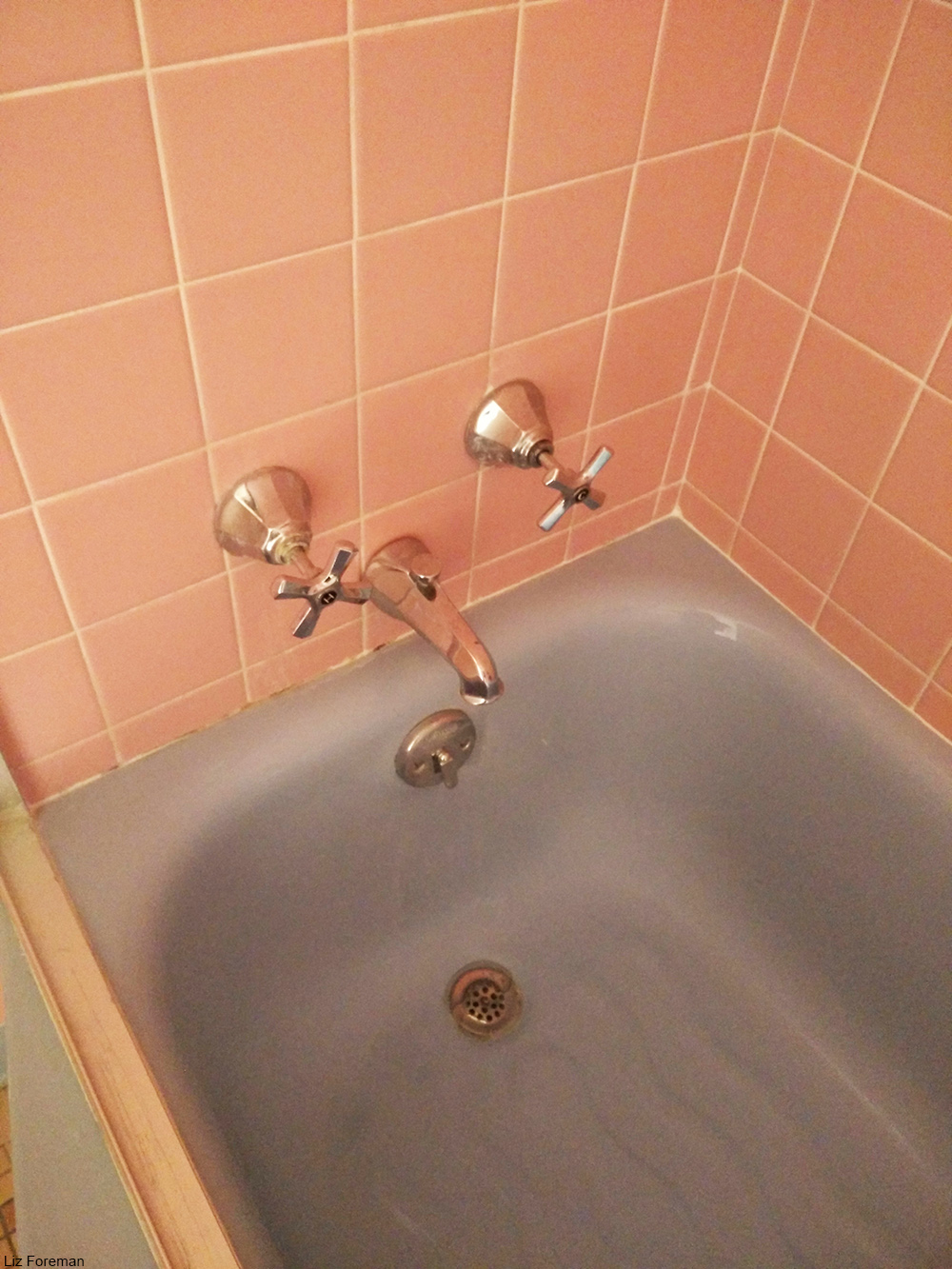 Avid collectors of vintage and fans of retro style are now striving to save existing pink bathrooms. Some are even returning the pink hue to homes where it may have been ripped out, replaced, or damaged years ago when trends changed. Now that’s dedication! 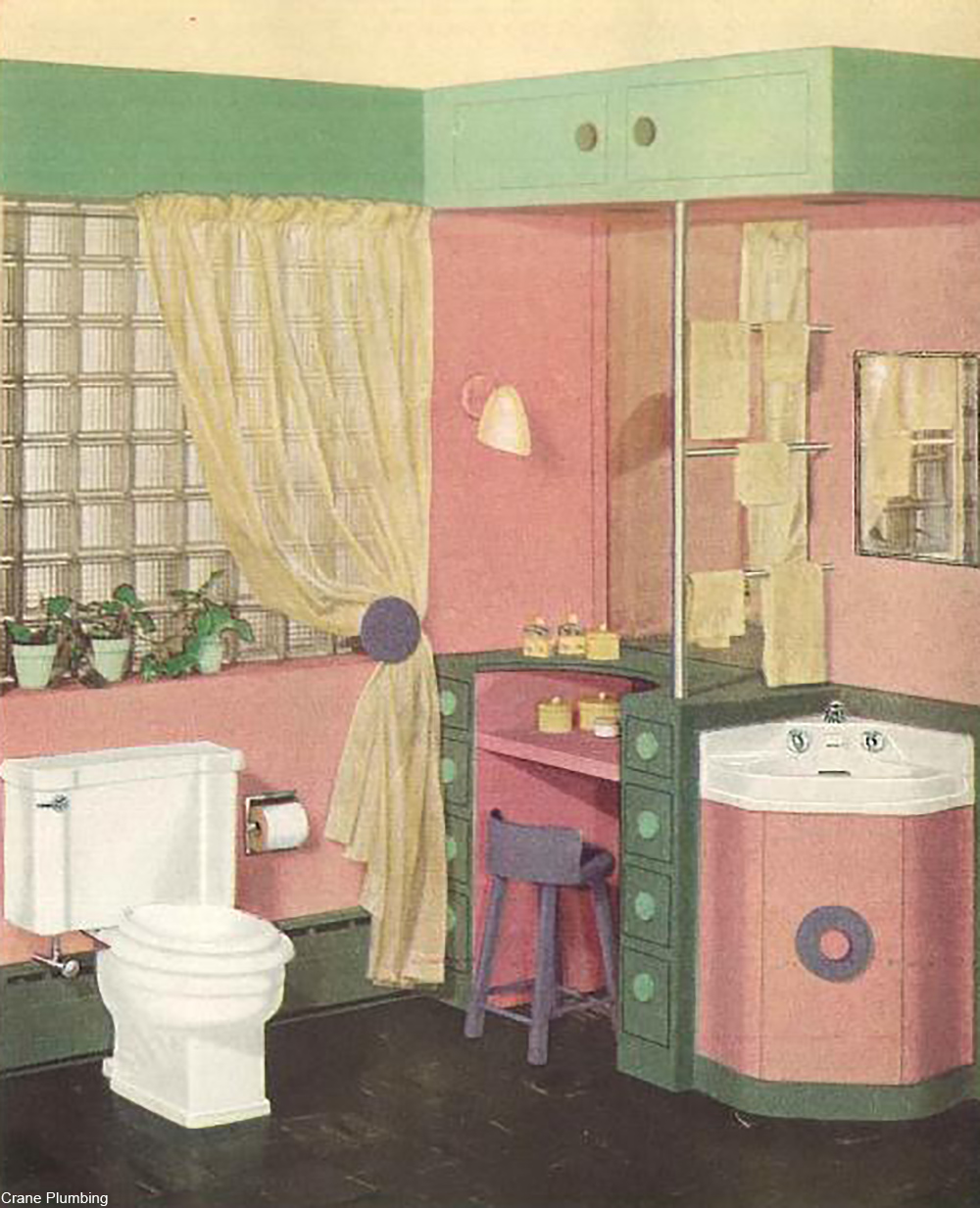 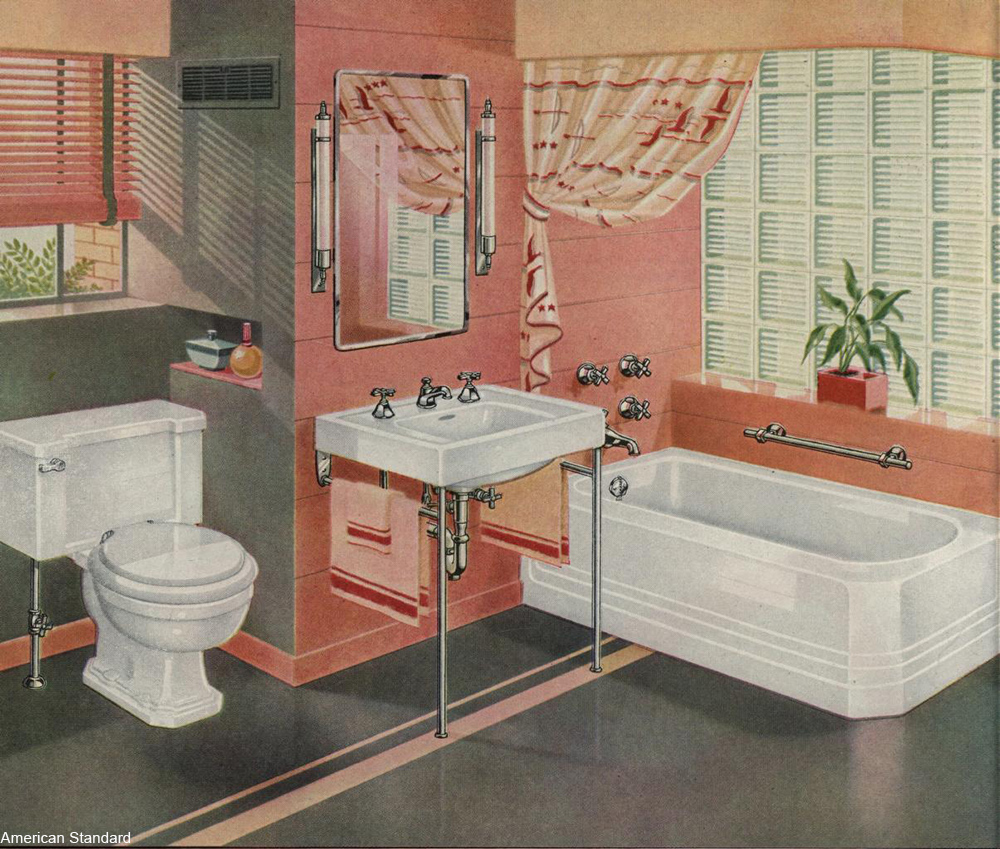 Some of the vintage colors simply often cannot be found today in newer products, although there are some resources available to help if you are searching. To us, these bathrooms bring back so many memories. Whether you loved them or hated them, there’s no question that (at least some of these) bathrooms are here to stay!