From buckets full of sand, to tubes of powder to be thrown on to the flames and teardrops full of saltwater, we’ve had so many incarnations of fire extinguishers. Some of the beautiful designs on vintage and antique canisters and cans reminds us of an age when decoration was nearly as important as function. From elegant gold and red and blue decals to tall metal canisters with embossed labels, we love looking at these old unusual treasures. But what strange paths inventors took to achieve fire safety! 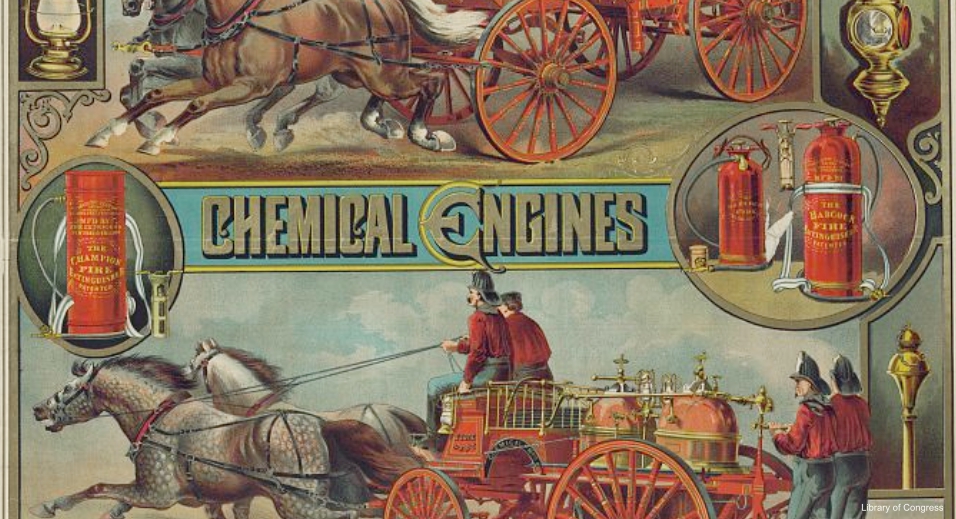 Jets or pumps of waters had been used to put out fires since Roman times and buckets of sand have been used for hundreds of years. But the first known usage of a copper canister fire extinguisher was in 1819 by Captain George William Manby and it held three gallons of potassium carbonate or pearl ash (also used in pre-industrial times to help leaven bread).

Copper fire extinguishers could hold many gallons, but a smaller type was more common, holding less than 3 gallons. Featuring beautiful designs in copper and brass, these old types were made up until WWII. Some had hand cranks on top while others had a pump system. In the late 1800s the soda-acid fire extinguisher was invented. Releasing sulphuric acid into bicarbonate soda to expel water from the canister, this early type of fire extinguisher was one of many that were created during an age of pioneering in the chemical industry. 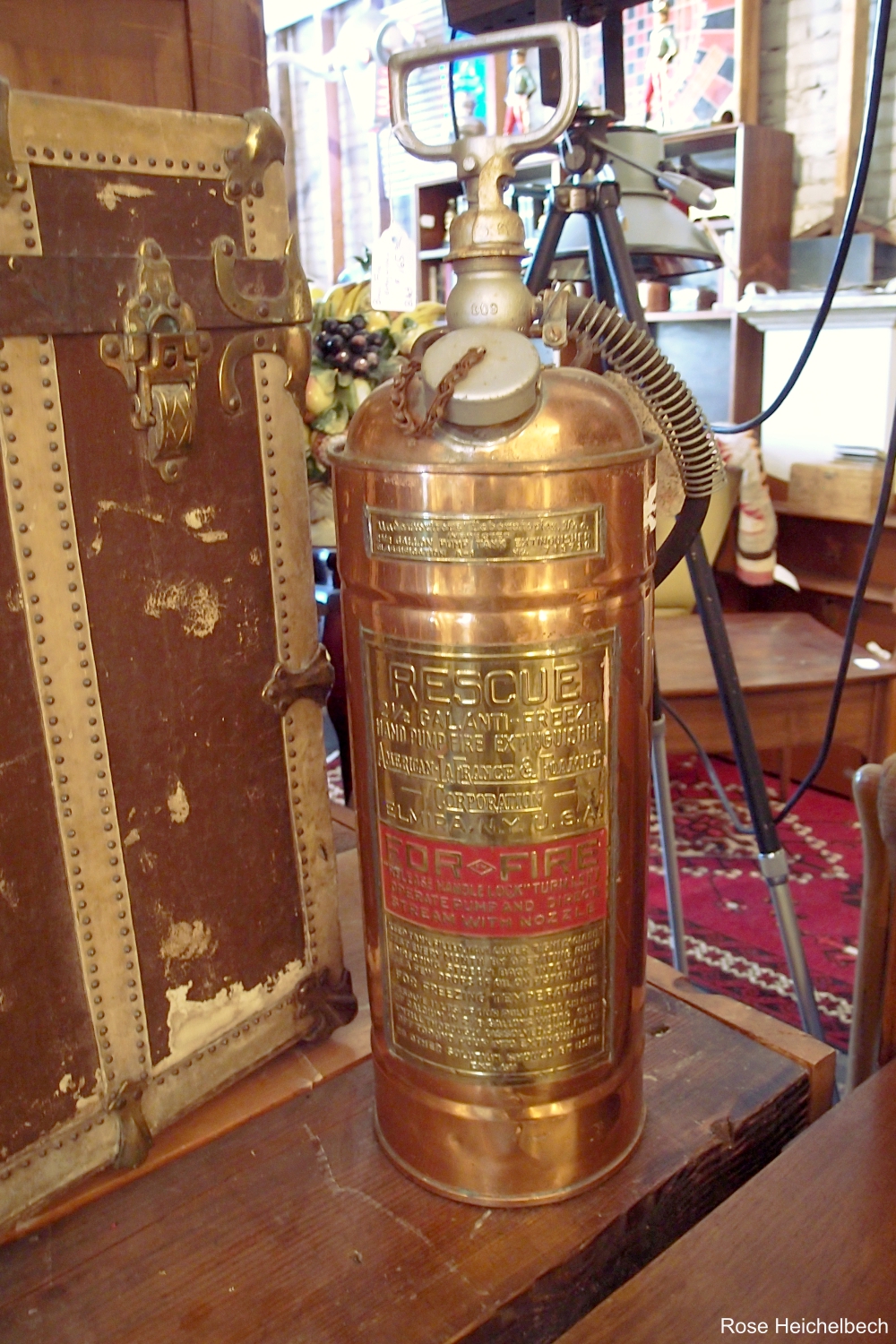 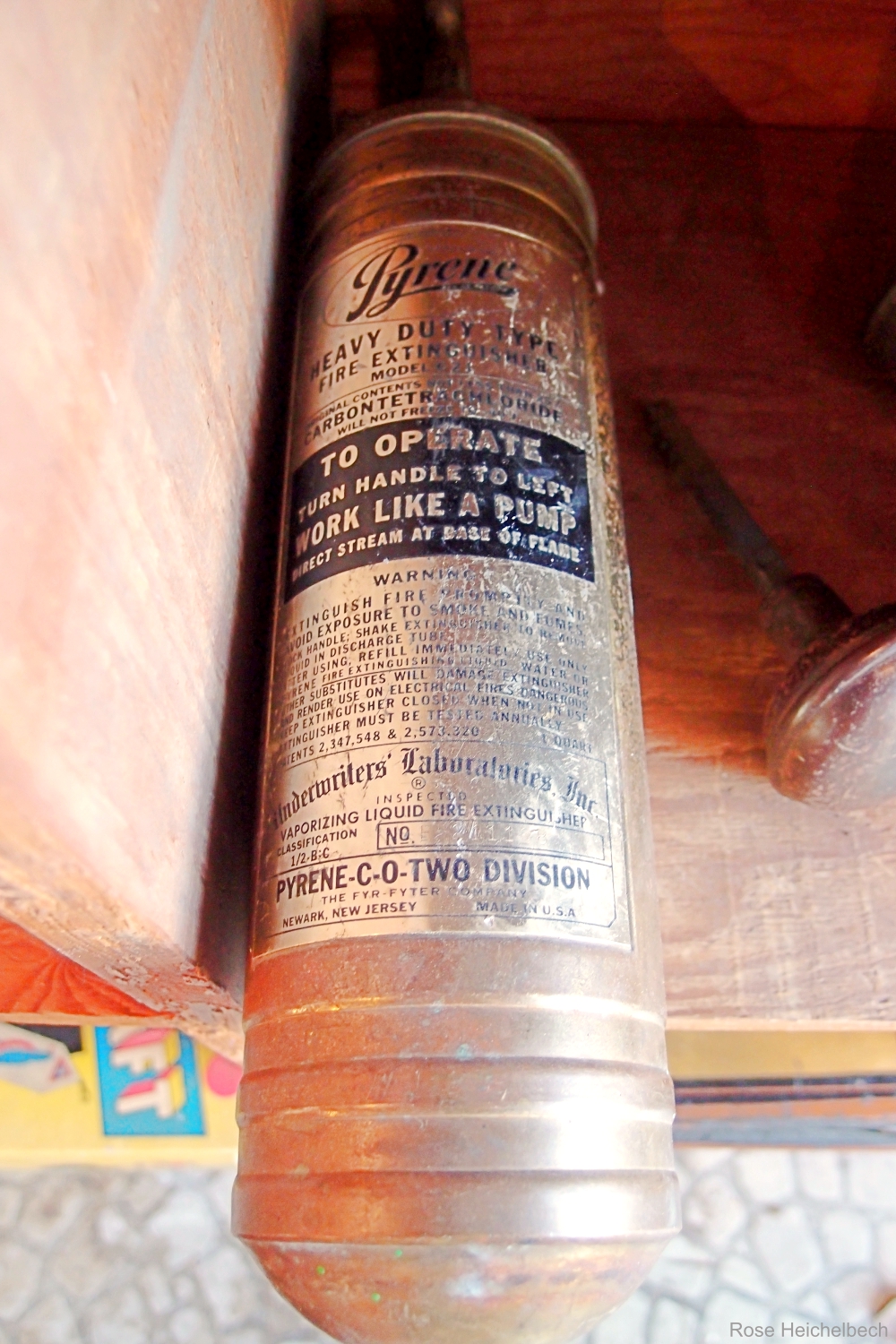 Glass “fire grenades” were filled with salt water or with carbon tetrachloride (also found in many early canister extinguishers). They sat in brackets on the wall near where a fire was supposed to have been likely. To use it you simply picked up the grenade and threw it at the fire, breaking the glass. Such a small amount of salt water was unlikely to do much and, unfortunately, the phosphene gas created from the mixture of carbon tetrachloride and flame created a toxic poison. This same type of gas was used in WWI as chemical warfare, so we presume you wouldn’t want to breathe in even a tiny amount of the stuff. The fact that many are still around today tells us that they (thankfully) weren’t always needed.

Many canister extinguishers also use this chemical to suppress flames, supposedly creating an oxygen-free environment in which flames could not survive. Many different chemicals were used in extinguishers and not all of them were safe or even useful to putting out fires. 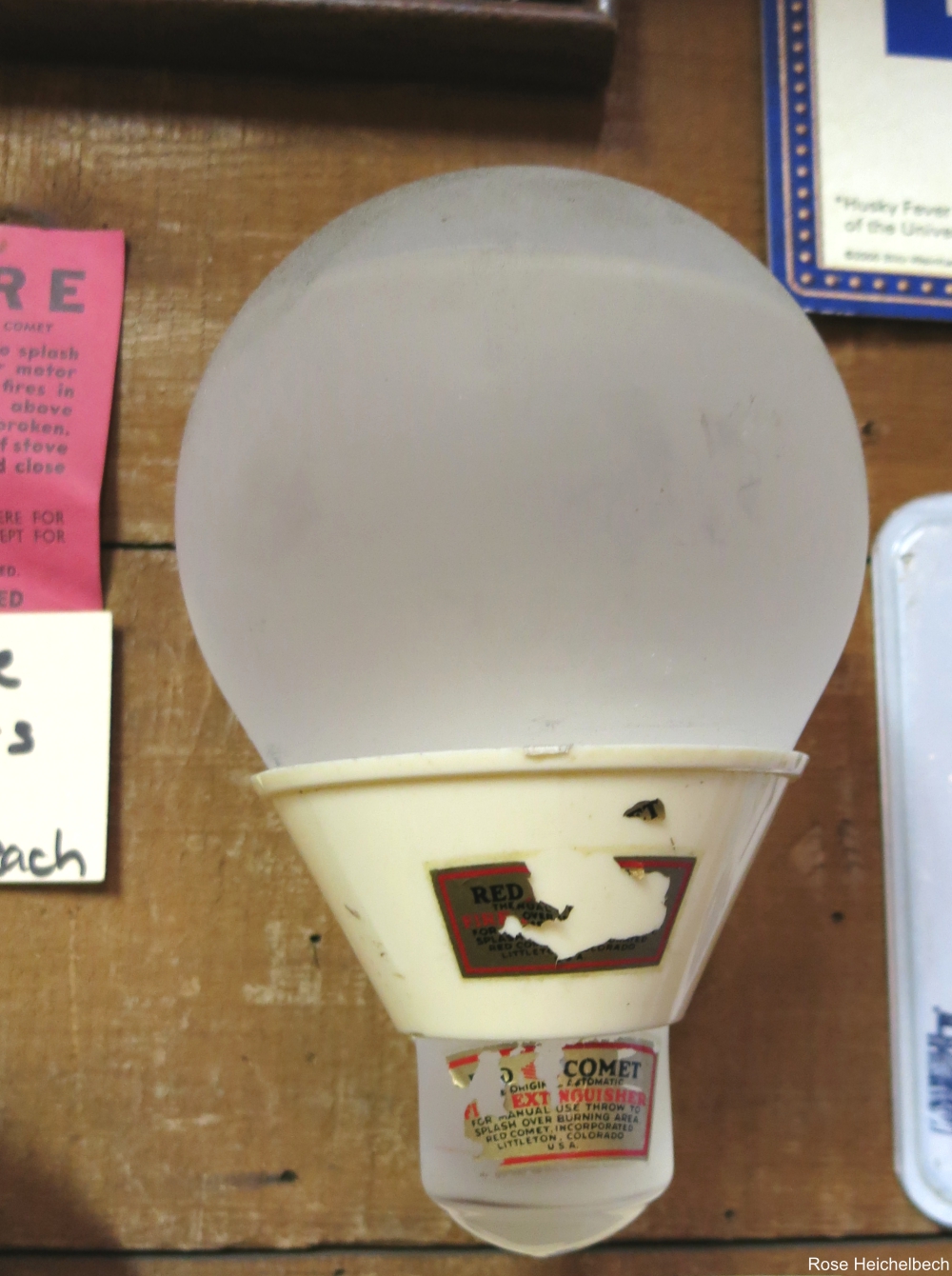 Today, our fire extinguishers are graded for specific types of fire. Standardization in production and regulation of chemicals means that our extinguishers are comparably very safe and effective, if not nearly as attractive.