Why Did the Victorians Love Velvet So Much?

Many folks commonly refer to Victorian as a style, when in reality the term only describes a period in time (HRM Queen Victoria reigned from 1837-1901). The era was actually filled with many styles, but there were definitely common threads that ran through all the decades and styles of the Victorian era – chief among them was the concept of more. And a properly decorated Victorian room would be nothing without some velvet. But, why exactly were the Victorians so keen on velvet to begin with? 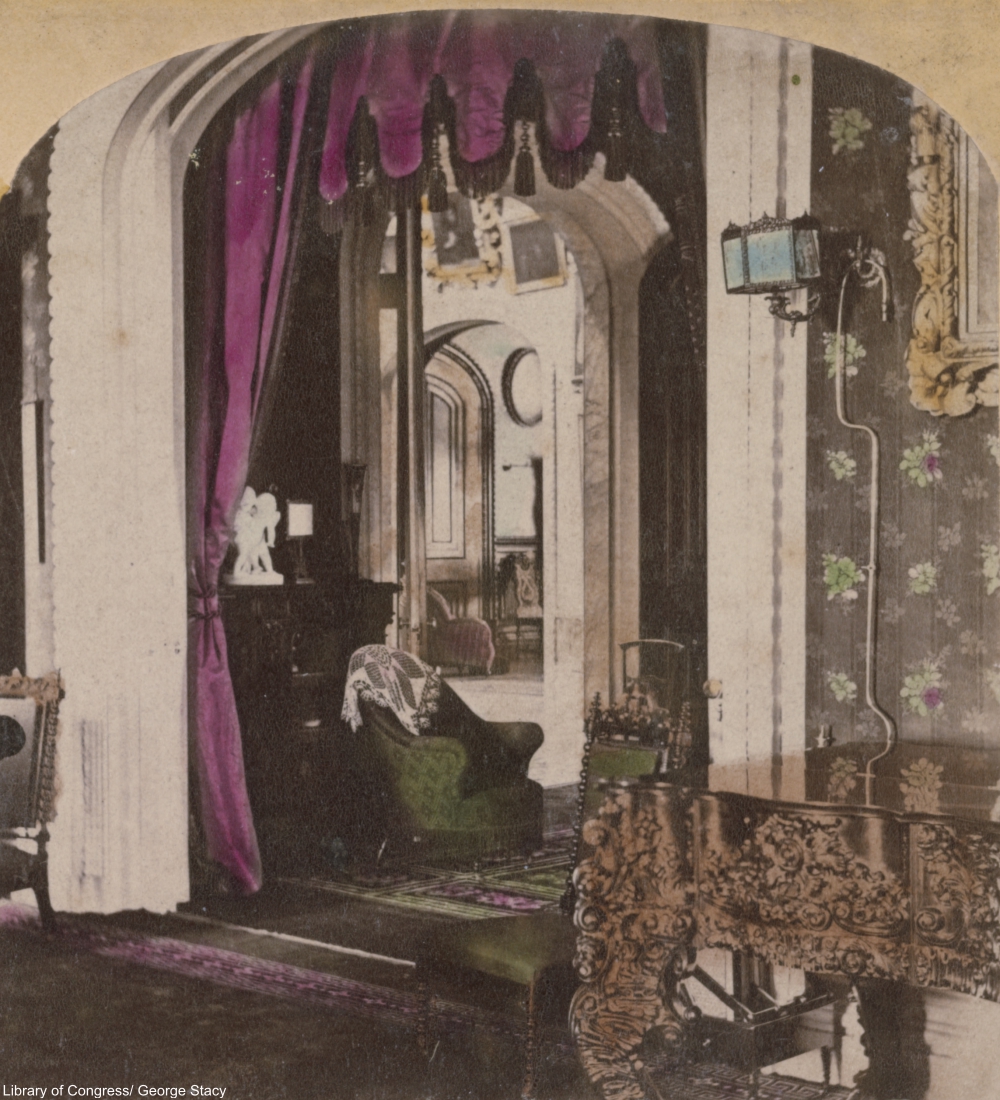 In Victorian times, it was considered in poor taste to have undecorated spaces within your home, which accounts for the over-decorated “style” we so often think of today. The heavy velvet drapes or damask valances that appear in so many paintings and photographs were also a matter of etiquette to some extent. It was considered proper to keep public and private spaces separate. Additionally, the drapes kept out drafts and trapped heat into one area if needed.

Dark colors in thick fabrics were favored also because the combination of widespread coal use and pollution from industrialization meant that light, thin fabrics got dirty much more easily. Heavy velvet in dark colors was easily brushed down and could withstand the bristles. 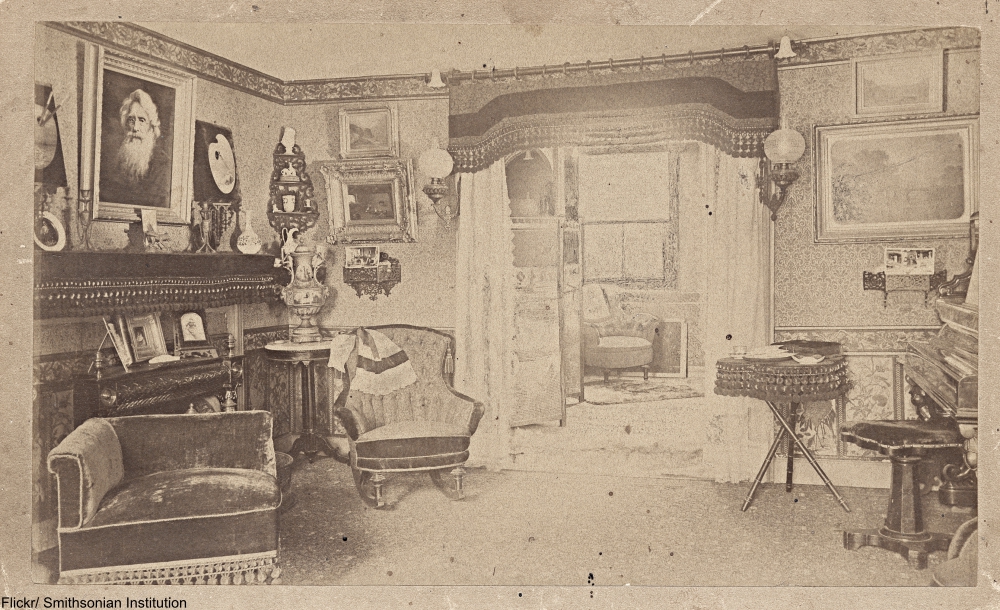 The industrial revolution also played a huge role in which fabrics were chosen since a variety of textiles were being produced on scales never before seen. Middle class families could finally have velvet furnishings, something that would have been reserved for the aristocracy and upper classes only decades before. 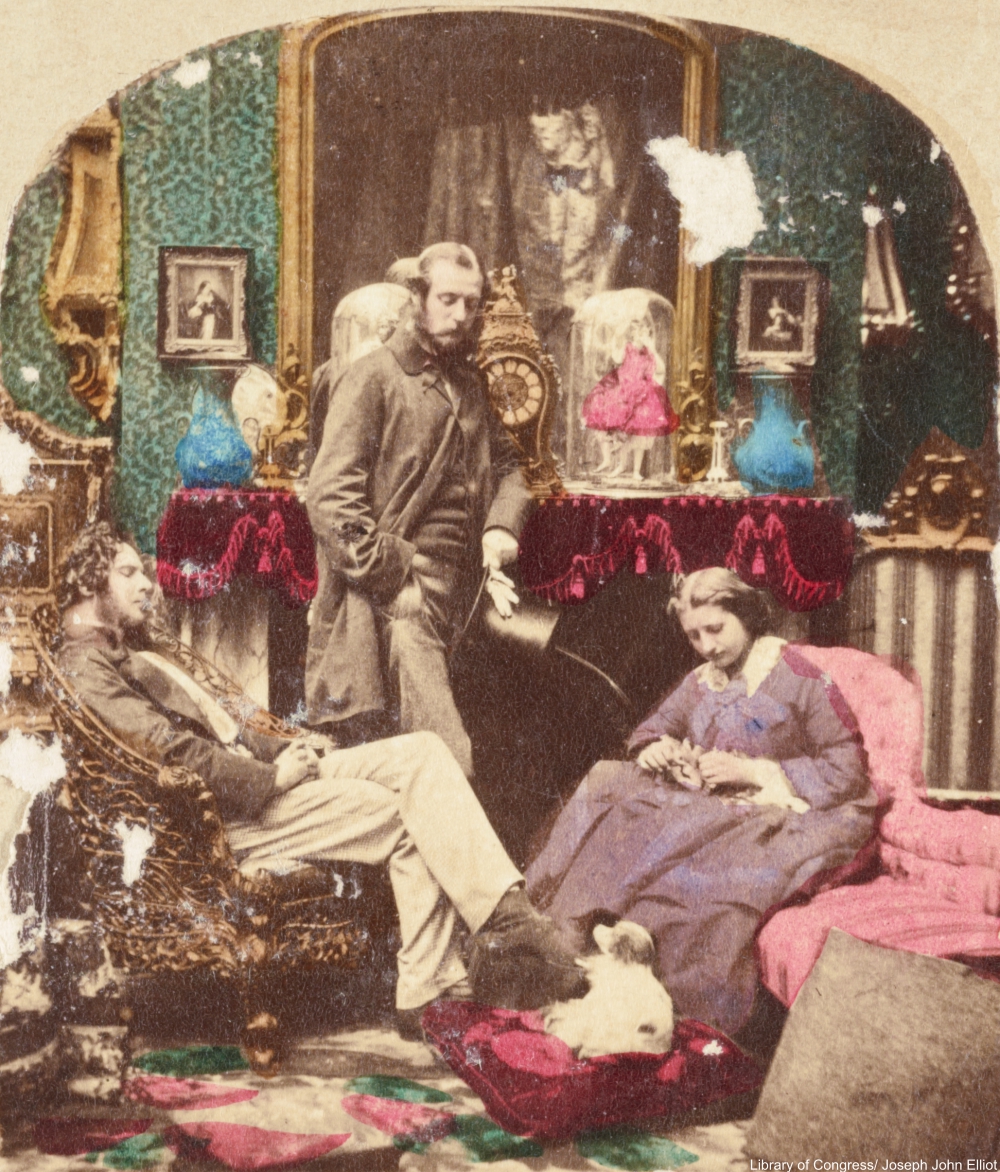 The Victorian style was not really one style, but a range of styles mostly borrowed from the past, including Rococo, Gothic, and Eastlake. It wasn’t until the Arts and Crafts movement and Art Nouveau style that more modern ways of decorating became common. Until then it was a steady regimen of dark colors and over the top styles mashed together. 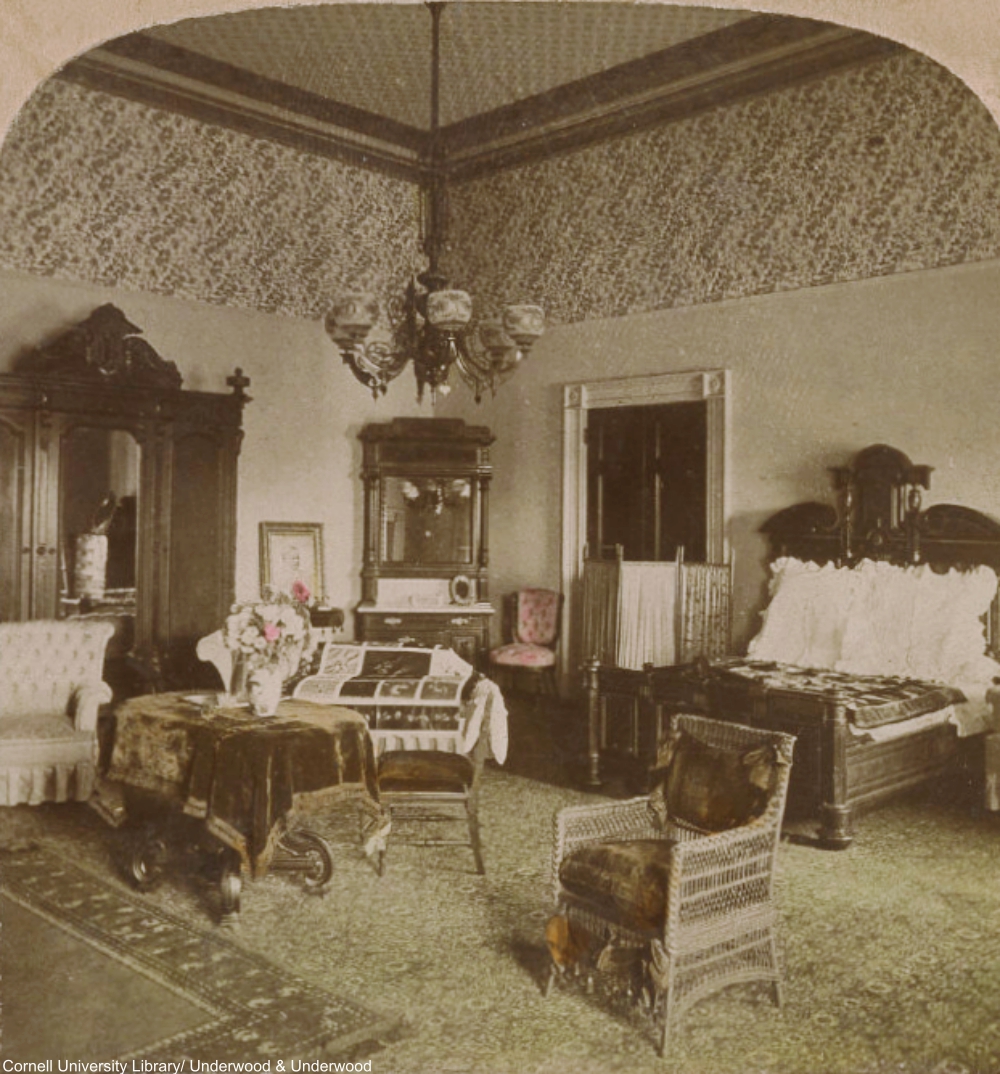 While many American cities could not rival British ones in terms of sheer soot and filth, the trends that were popular in Europe came to dominate American style as well when steamships enabled Americans to visit Europe with only a few weeks travel each way. The increased frequency of visits combined with modern advances like the telegraph and the Transcontinental cable meant that European trends also became popular in the U.S.

Velvet, as an expensive quality fabric, was certainly out of reach for most working class families, in Europe or the U.S. But, for the middle and upper classes, it was a functional staple of their everyday lives.

Click “Next Page” for a look into the crazy complicated world of Victorian etiquette!