At Chedworth, Gloucestershire, in the Cotswolds of Southwestern England a villa from the Roman era was uncovered in the Victorian era. While some of the area was excavated at the time, aspects of the brilliant mosaic tile floors are still being uncovered. And, what archaeologists are now finding reveals a lot about the fall of the Roman Empire. It seems that even after the dust settled and England was largely a separate state, many of the area’s wealthiest continued to party hard in the Roman style. 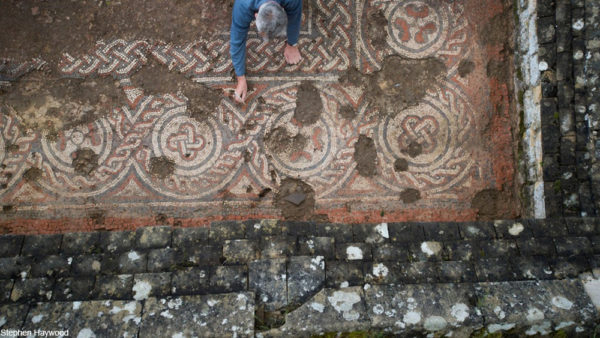 The Chedworth villa was first discovered while a group were out hunting with their dogs, who dug for rabbits only to uncover artifacts from the Roman era. It was eventually found that an entire stone villa was there, kitted out with intricate mosaic tile floors in a complicated patterns.

These floors were made to impress, and covered huge swaths of the villa. Work on the site has been ongoing for a number of years, with the National Trust even constructing buildings around the mosaics so that visitors could get a sense of what being inside the villa would have been like.

In 2012 the National Trust began working to excavate and restore more of the mosaics, and only recently have some of the results of this work been made available. 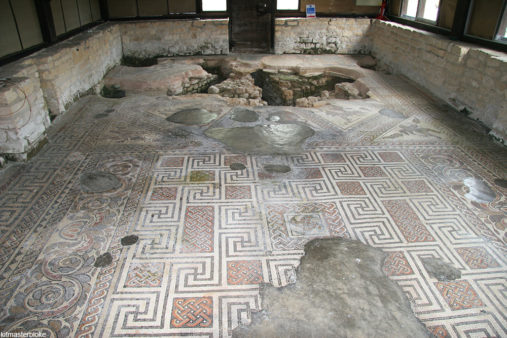 The kinds of objects found at the site since then have led researchers to the conclusion that whoever lived here was a very wealthy person, perhaps even a governor of some kind, and that this would have been his country house. Some have even gone so far as to call it a “party house” where lavish events would have been held to showcase the status and wealth of the villa’s owner.

Now recent analysis of the mosaic floors has led to an interesting discovery. Bone and ash found in a nearby foundation channel were analyzed using radiocarbon dating. From this researchers at the site found that that section of mosaic floor would have been laid sometime after 424 AD. This is the most recently-constructed Roman mosaic to have been found in England thus far. 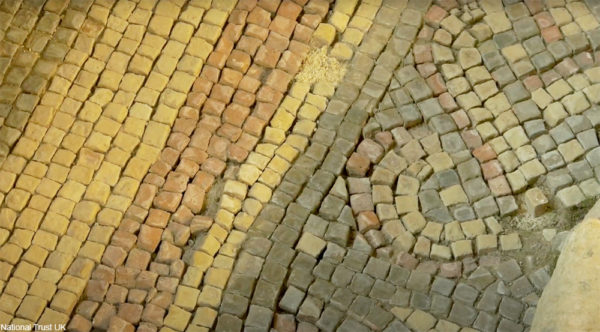 What this means is that, instead of a sudden change, many of the wealthy residents and servants of Rome would have continued to live in splendor for a period of decades after the empire began to crumble. Rather than an abrupt interruption to the lifestyle of influential Romans and Roman allies living in England, wealthy patrons instead continued building additions on to their properties.

However, another important aspect of the more recent mosaic flooring was also revealed: it wasn’t quite up to the level of the original floors. Archaeologists have found that the newer floors, laid possibly around 50 years after the originals, contained mistakes in the complicated guilloche braid pattern, indicating that there may have been a shortage of skilled labor at the time as families turned to farming to make a living after the break with the Roman Empire. 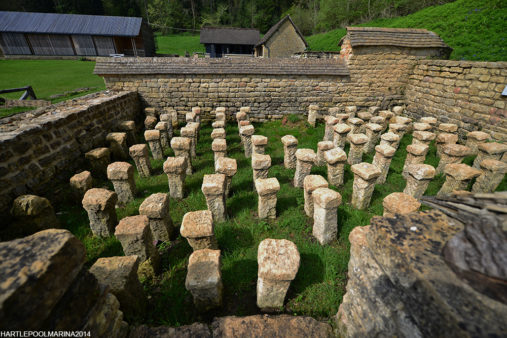 This villa had lavish underfloor heating which was made possible by elevating the floor using stone pillars to create hypocausts (heated spaces underfoot). Via/ Wiki Commons

In 400 the Roman Empire was in steep decline, but had been in turmoil for centuries by the time that the last Italian emperor was deposed in 475. While the Fall of Rome in 410 is often thought of as the end of the Empire, the power was held on to by a string for decades in some parts of Europe and North Africa. For a period of 200 years or so the Roman presence in England was dwindling, with currency production and urbanization halting to a minimum. Historians had largely assumed that great numbers of cities and villas were abandoned during this time and that skilled work had been halted in favor of farming.

Evidence like the date of the newer Chedworth mosaic floors gives us physical proof that the realm was not changed all at once, but rather reflected a long period of slow decline for wealthy landowners.

You can see many of the beautiful mosaics and artifacts found at the site in the video below.