The History of Toile Fabrics

Toile du Jouy, more commonly known simply as toile, means “fabric from Jouy”. This type of fabric has become a favorite of people around the globe. Toile fabrics often feature pastoral scenes of country life in the 18th century and recall simpler times when nature and farm life were forefront in most people’s lives. But, this fabric has a tumultuous history that shows how global trade and political changes drastically impacted the fabric industry. The story starts in India. 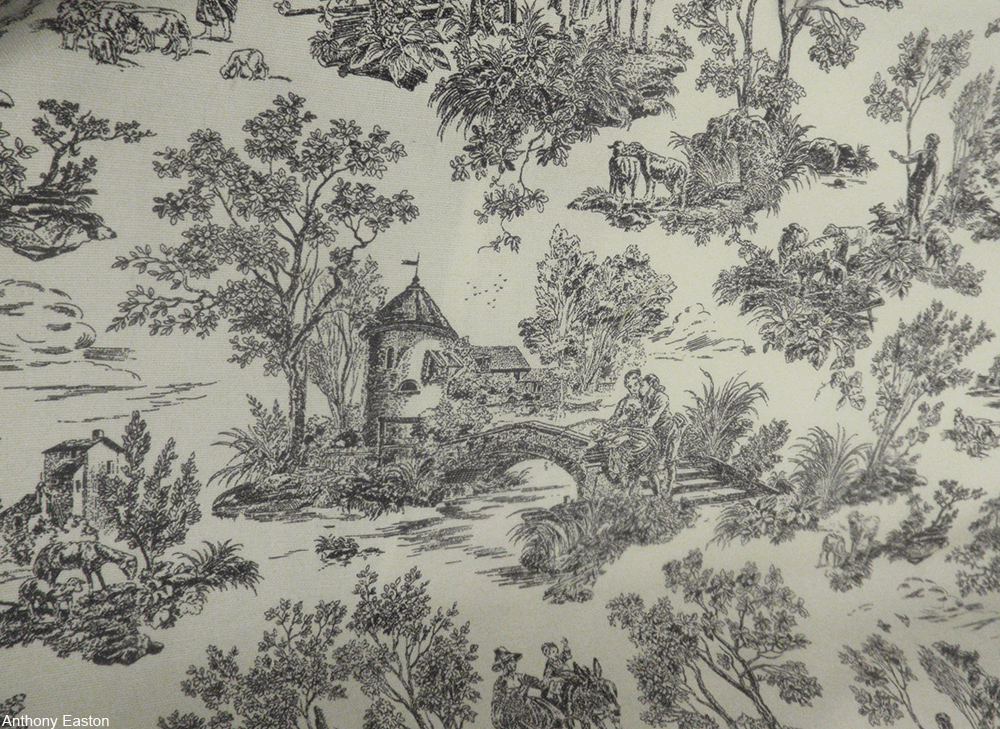 Trade with India in the 1600s brought a wealth of spices and cloth to Europe through Portuguese traders and through enterprises like the French East India Company. Among the fabrics that were imported were printed textiles. While printed fabrics did exist in Europe at the time, the printings were not colorfast. This meant that if you washed your European printed fabric, the costly design would be ruined. However, Indian printed fabrics were colorfast, their colors secured by use of salt or metal fixatives, and this caused Europeans to scramble to get their hands on the stuff. Just think: clothing that was both washable and beautiful!

There was so much fuss over it that various countries actually outlawed imported Indian printed fabrics. The argument was that textile makers in France and England would be put out of business if imported colorfast cotton fabrics were allowed to take over the market. While durable and fashionable, the fabrics were also extremely troublesome. Indian cottons were continually smuggled into France for decades and were never out of fashion, probably owing in part to the forbidden aspect of the cloth. 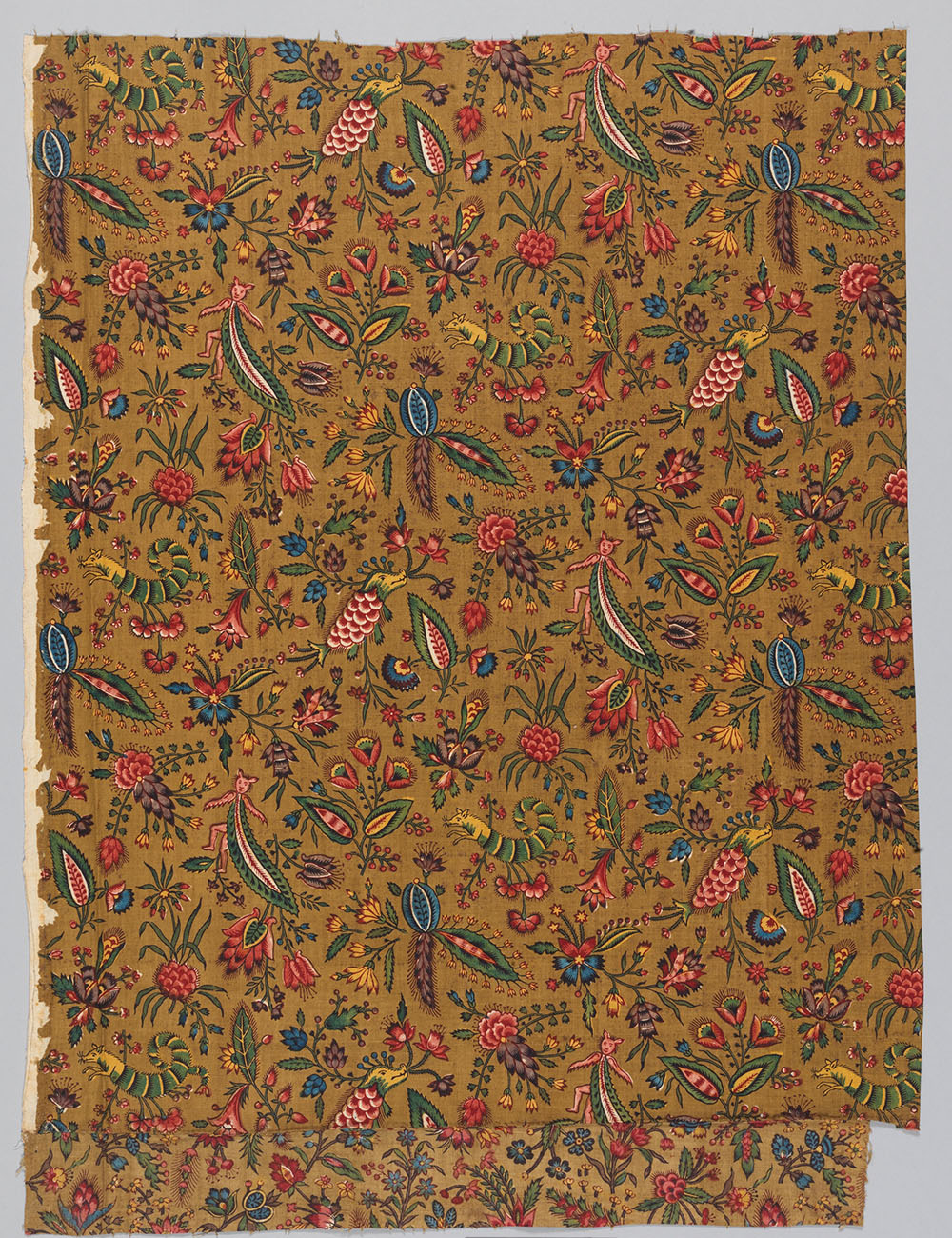 Women wearing imported cotton dresses were referred to as “trollops in Callicoes” in a play at the London Royal Theatre. Instances were reported of women in printed cotton dresses being assaulted on the street in England and their dresses torn from their bodies by angry mobs.

Imported cotton fabrics had been banned in France in 1686 and in 1702 a partial ban was enacted in England, followed by a full ban in 1721. Cotton can only grow in very particular climates, the southern U.S. and India being two of the places that have dominated the market for centuries. Most cotton cloth would have had to have been imported.

The ban on cotton cloth expired in France in 1759, at which point textile manufacturers began to replicate the stylish Indian prints onto cotton and also linen. One of the most famous for this type of production was the operation at Jouy-en-Josas run by Christophe-Philippe Oberkampf, who discovered his own way of making printed fabrics that were colorfast. 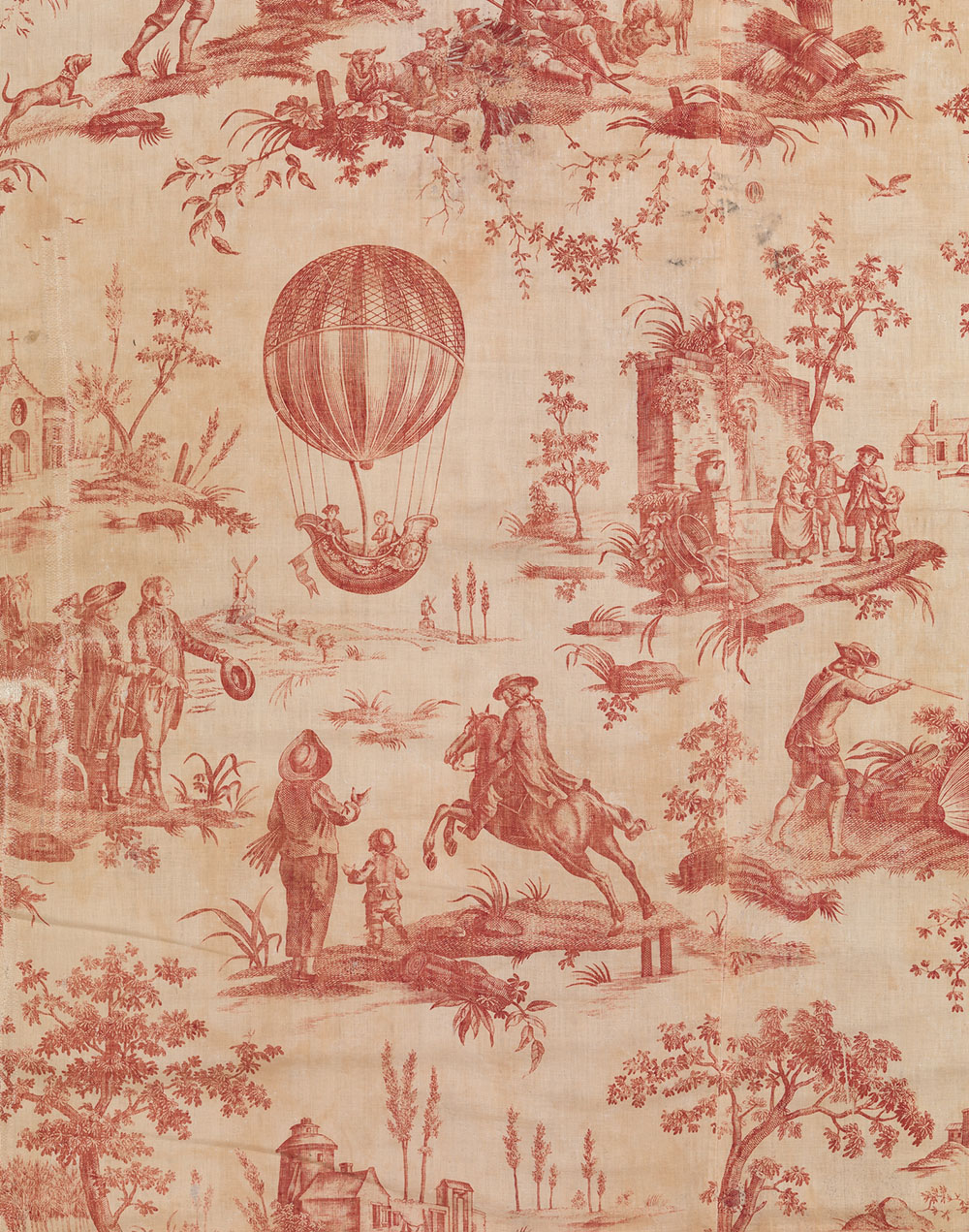 Though the company specialized in Indian style prints at first, Oberkampf perfected the process of using engraved metal presses to print -instead of carved wooden blocks- and the fine detail of toile fabric we still enjoy today was made possible. Oberkampf’s factory escaped unharmed during the French revolution and the style went on to become a favorite in the Americas, as well as all across Europe.

Oberkampf’s factory became known for what we would see today as true toile after they printed a fabric that celebrated the production process. The scenes of how the fabric was made were laid out in vignettes that created a flowy pattern. 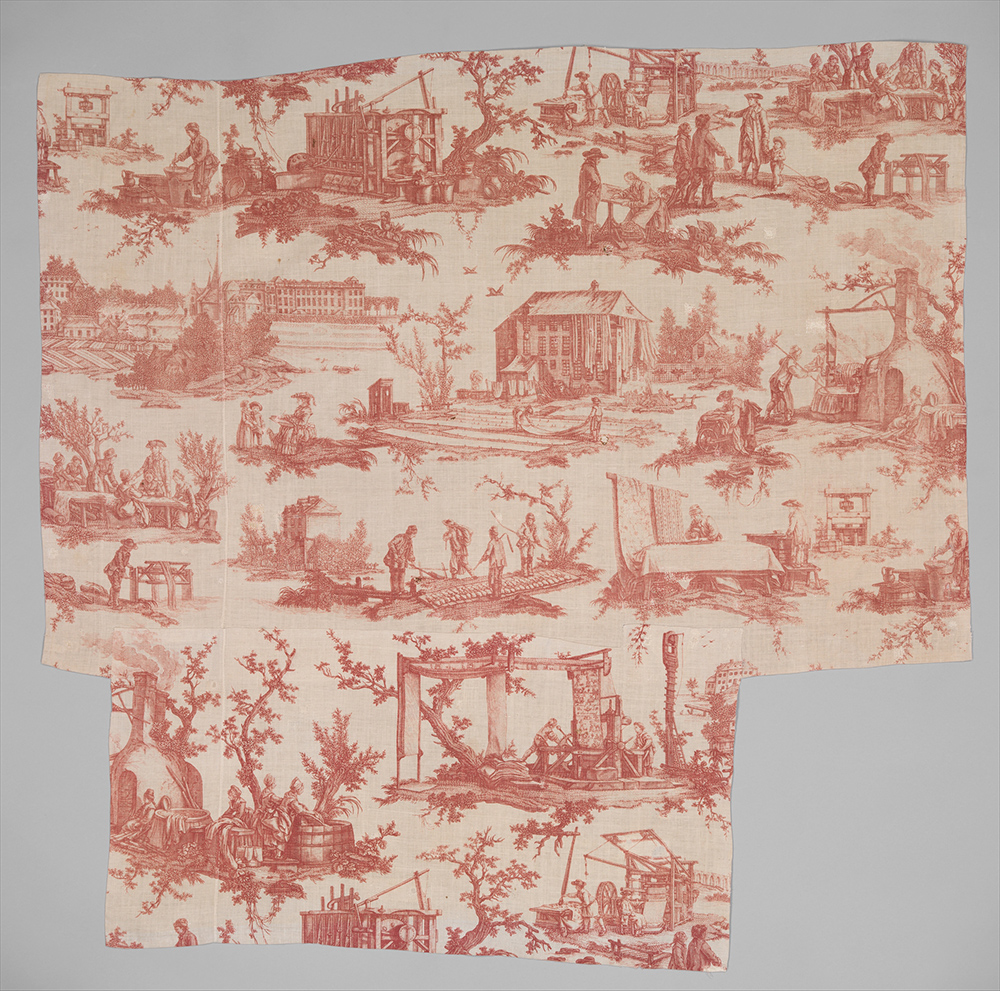 The production process as explained in the historic fabric designed by Jean-Baptiste Huet for the Oberkampf Manufactory. Via/ Metropolitan Museum of Art

Other fabrics that told stories also became extremely popular, such as selections from Aesop’s fables, as well as love stories or other tales. Taken one scene at a time these prints might not mean much, but when looked at as a whole (as people in the 1700s would have seen them on dresses and long curtains) one fabric could tell an extremely complicated story.

We often think of toiles from the era as being printed sparsely in one color (usually blue, black, or red on white), but toile fabric can also be printed in many other other colors. The designs can also feature only small portions of the original fabric color due to a highly printed design, though these are rarer. 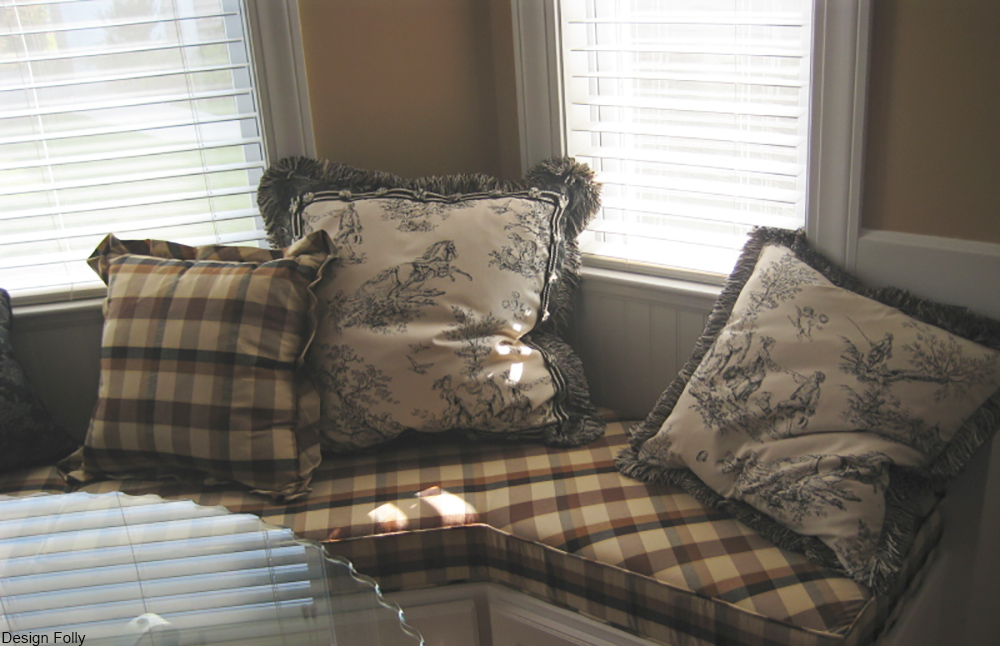 Despite the fact that most toile designs today still often feature scenes from the 1700s (or at least inspired by them) the fabric remains a popular one for interior decorating fabrics and wallpapers today. The enduring appeal of these patterns make them a popular choice in homes even now, though perhaps less so for apparel. Talk about staying power, toile has never really gone completely out of style in the past 250+ years, which is really saying something.