There Are Many Tales About Him, But The Real Johnny Appleseed Is Just As Interesting

Born in Massachusetts in 1774, John Chapman, would later become the folk legend of America, planting trees across America in his bare feet and pot cap. But, the truth is that very little is known about this legendary man. Even the facts of his birth and death are still debated to this day. But, what we do know is that he helped to settle this nation through his tireless efforts at spreading the news about apples.

Apples are not native to the U.S. and were introduced by the Jamestown settlers who brought seeds and cuttings with them from England. Planted in non-native soil, these small, bitter apples were not for pies or snacks, but for the all-important cider. As a mild drink that could be consumed even by children, cider all but replaced water for many in the 17th century, since safe drinking water was not always easy to find. 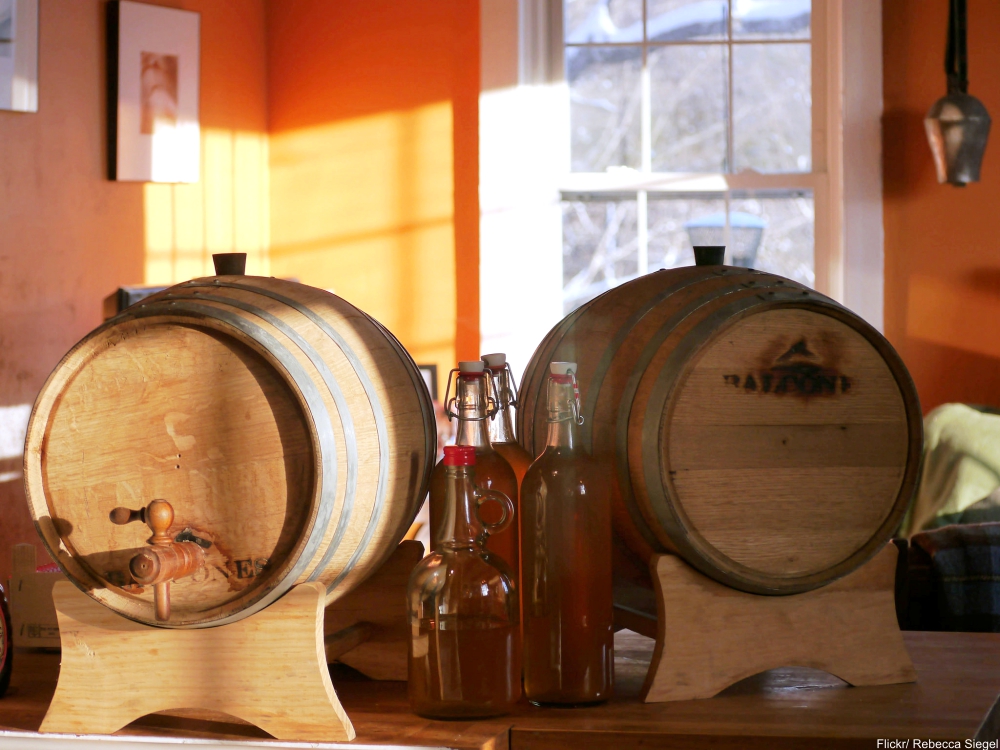 Having learned the ins and outs of nurseries in Massachusetts, Chapman soon moved on to help plant apple trees in other parts of the country, heading West towards Ohio and Indiana. By 1805 he was living in Ohio and by 1812 Chapman had set up his own nursery (though some sources claim he was running his own business as early as 1801). Chapman’s beliefs were centered around the New Church (or Church of Swedenborg as it was sometimes also called). Religious observation is the reason for his barefoot appearance and also the reason he did not marry. As to the grain sack for a shirt and tin pot for a hat, those claims have not been substantiated.

We do know that his religious beliefs highly influenced his methods of growing apple trees. New Church teachings sought to limit the suffering of animals and thus Chapman was a vegetarian. But, as an extension of this belief, Chapman also refused to use grafting as a cultivation method, believing that it hurt the plant. Instead, Chapman used seeds to start new plants, which produce varied results since they are not copies of the parent plant like grafts are. The variations that occurred over generations of plants started from seeds eventually led to the wide variety of sweet and large apples we enjoy in the U.S. today. If John Chapman had not been so dedicated to his beliefs, the phrase “as American as apple pie” might not been ever been uttered since the apples we might have had would be used for cider and little else. 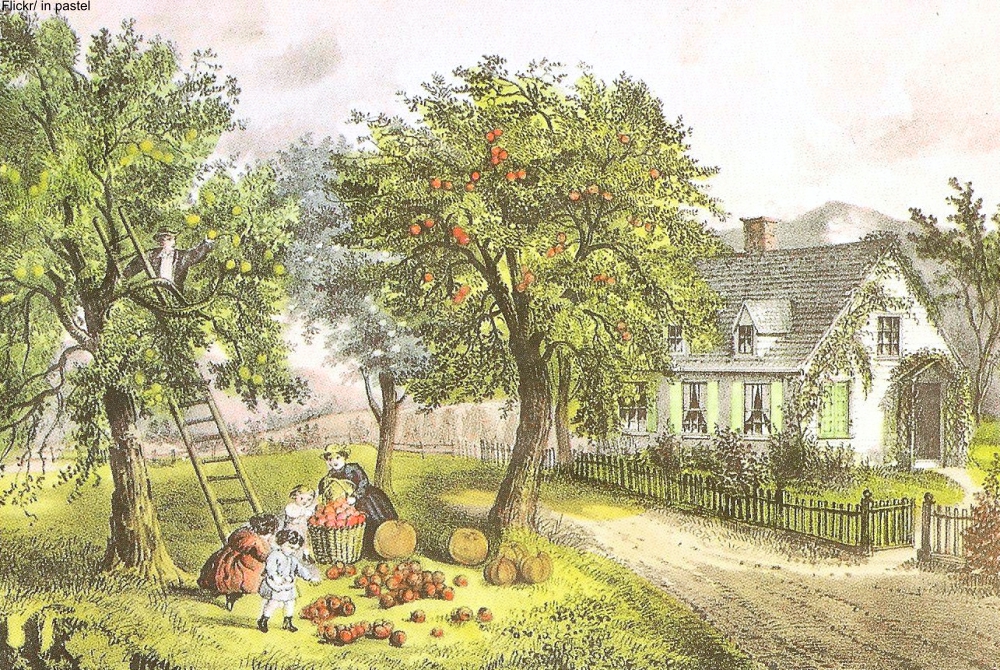 The reason that these new varieties of apples came to be so American is due again to Chapman’s efforts. Land grant laws in the early 19th century were such that to show an improvement upon the land, a thriving orchard was one way to prove that the land was being put to use. Chapman would plant seeds on plots, coming back to them to check their progress, until the land was viable as a farm for settlers. Once he acquired the land from the government, he would sell the land at a profit, making him not exactly the pauper depicted in legend. He did travel, but he did not spread seeds indiscriminately. Chapman’s methodical approach meant that his exclusive varieties of cider apples became nationwide, growing sweeter over time due to seed variation, and helping settlers to obtain land.

Chapman helped to expand the frontier of the U.S. through his planting of apple seeds, yet only really became a legend after his death around 1845. Long known for his efforts to help settlers and his prolific plantings, his legend status was cemented in the years following his death due to the many writings about him that sprung up after his death.

So, there you have it. Johnny Appleseed was a real man named John Chapman, but he did not sow apple seeds willy-nilly while wearing a tin pot on his head. However, he is quite the American hero due to his efforts to make sure settlers had going concerns for farms and helping to spread new and sweeter varieties of apples.

Click here to read about another American legend, Abe Lincoln.