At Least You Didn’t Burn the Beer: Sexist Vintage Ads Get a Twist

We’ve all seen them: ads from decades past that seem to infer that women are weak and belong in the kitchen or serving their husbands. Some of the most sexist advertisements from the 1940s-1960s recently got a modern twist when one artist simply swapped the male and female models in each ad. The results are a completely different take on gender roles. 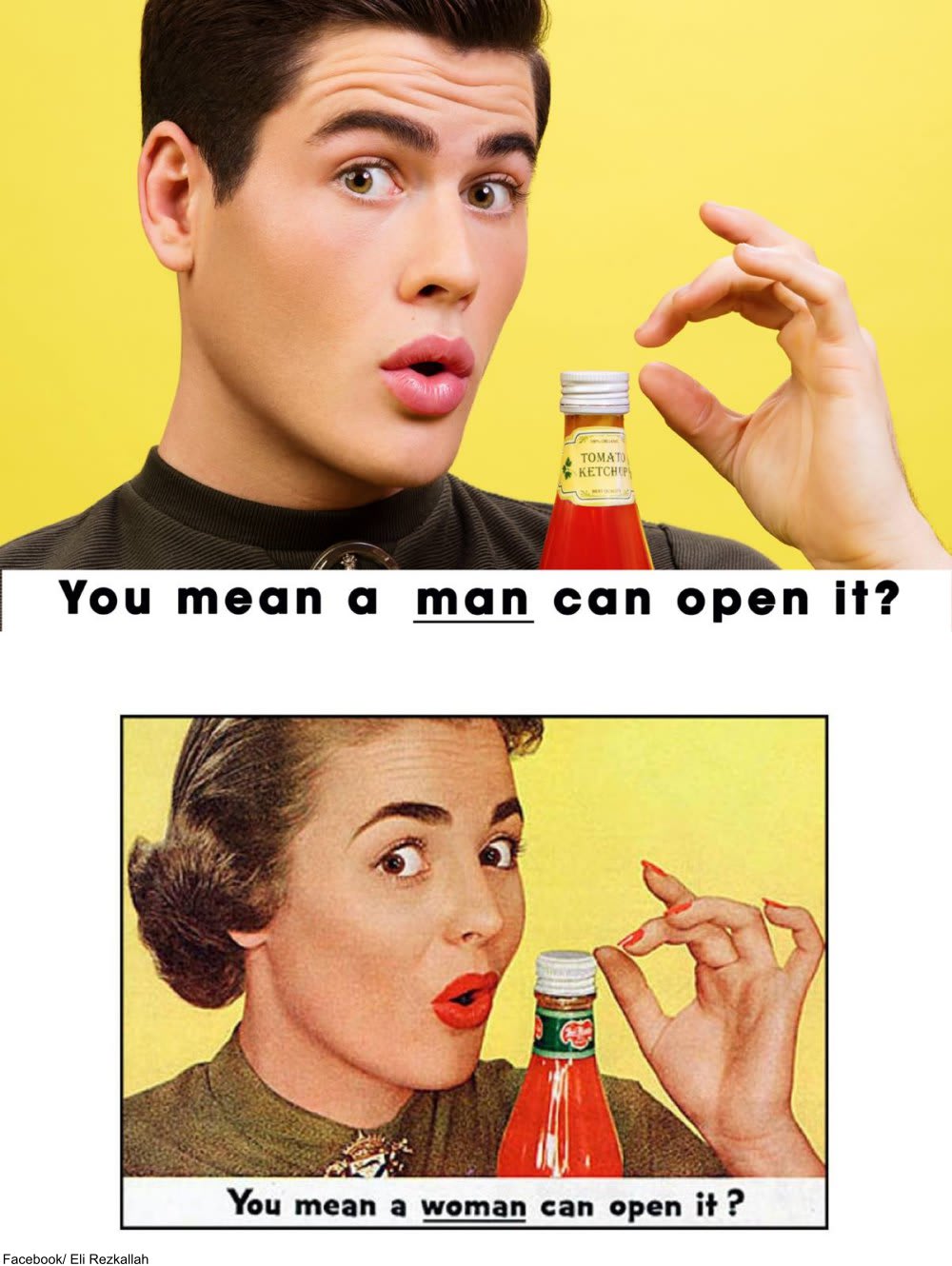 Lebanese photographer and stylist, Eli Rezkallah, has taken some of the most insidious (and famous) American ads from the golden age of marketing and completely flipped them on their heads. The project “In a Parallel Universe” focuses on ads for everyday items like coffee, vacuums, and apparel that would have been common in magazines like LIFE and Good Housekeeping, and which many people at the time thought were quite normal. 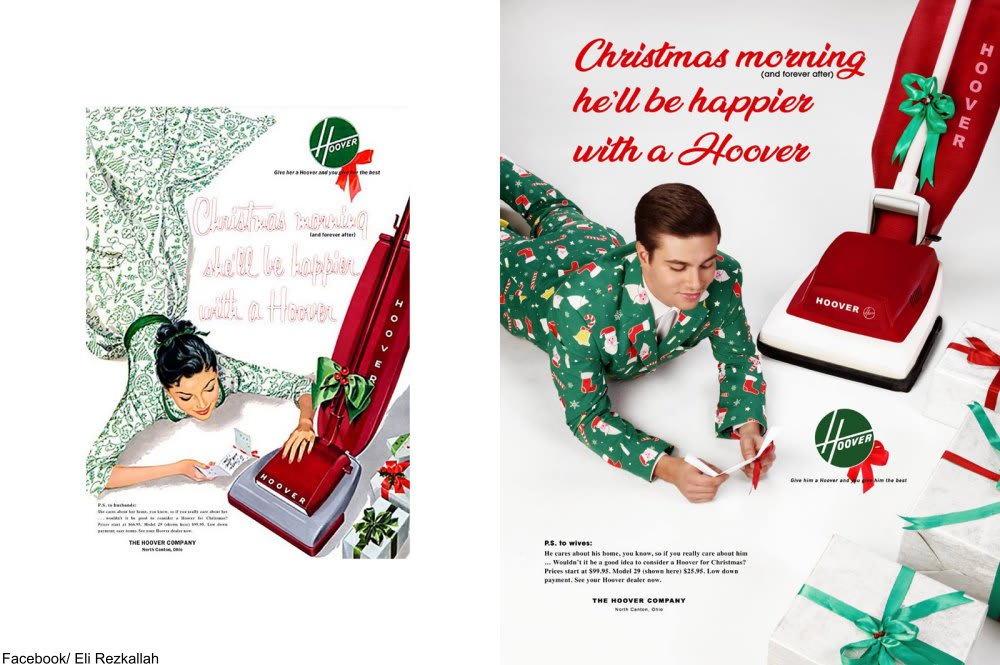 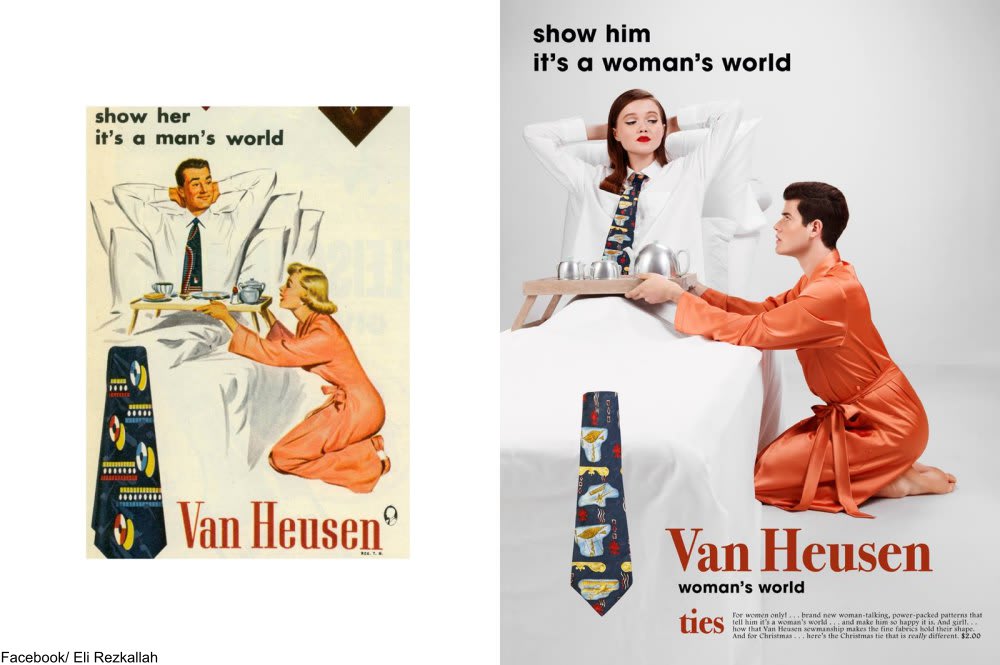 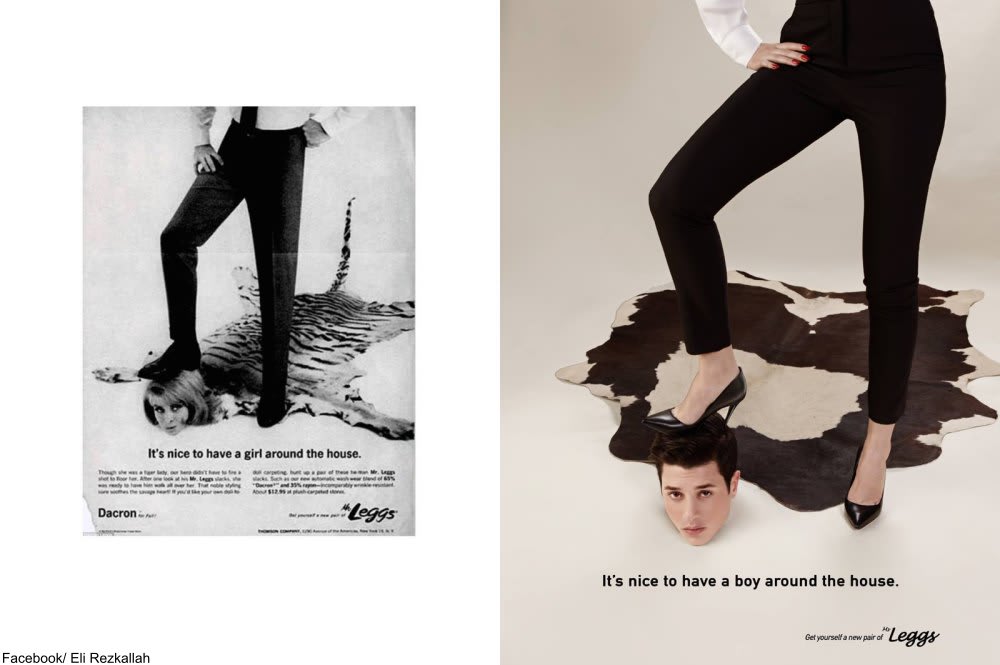 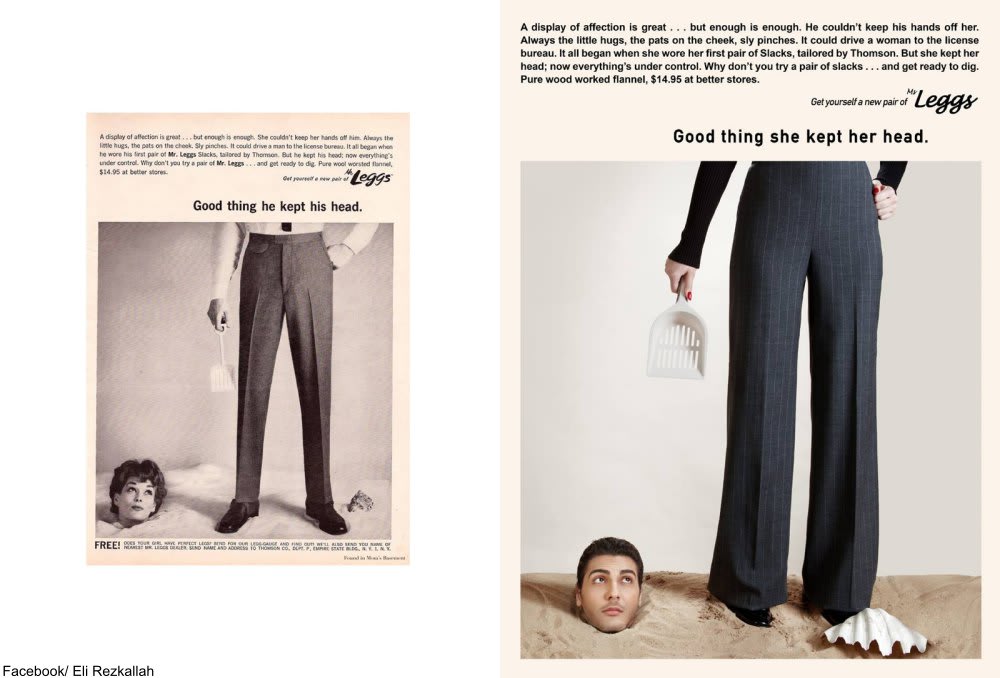 Rezkallah posted this quote on his site about gender roles: “I overheard my uncles talk about how women are better off cooking, taking care of the kitchen, and fulfilling ‘their womanly duties.’ Although I know that not all men like my uncles think that way I was surprised to learn that some still do, so I went on to imagine a parallel universe, where roles are inverted and men are given a taste of their own sexist poison.” 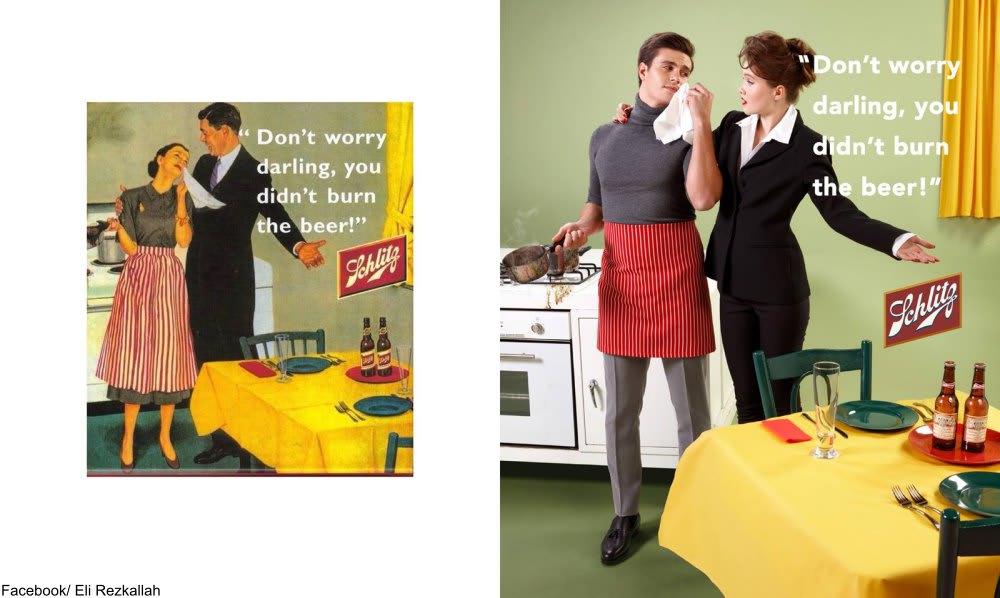 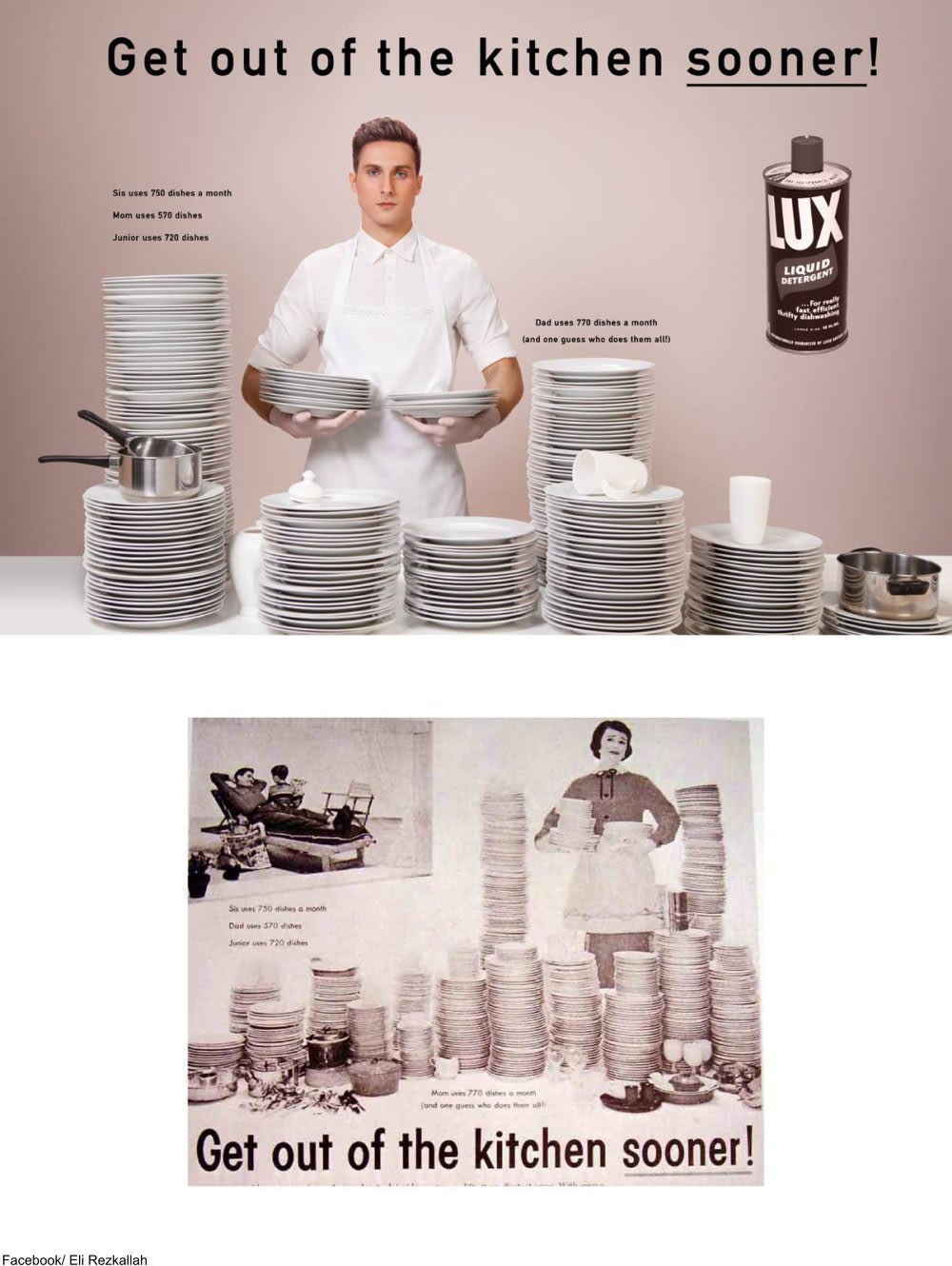 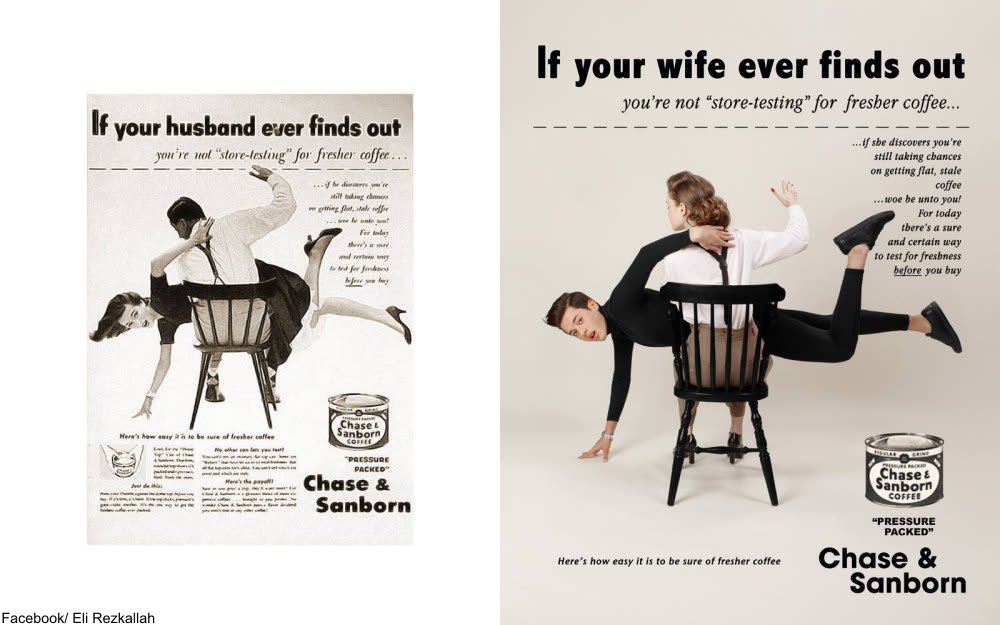 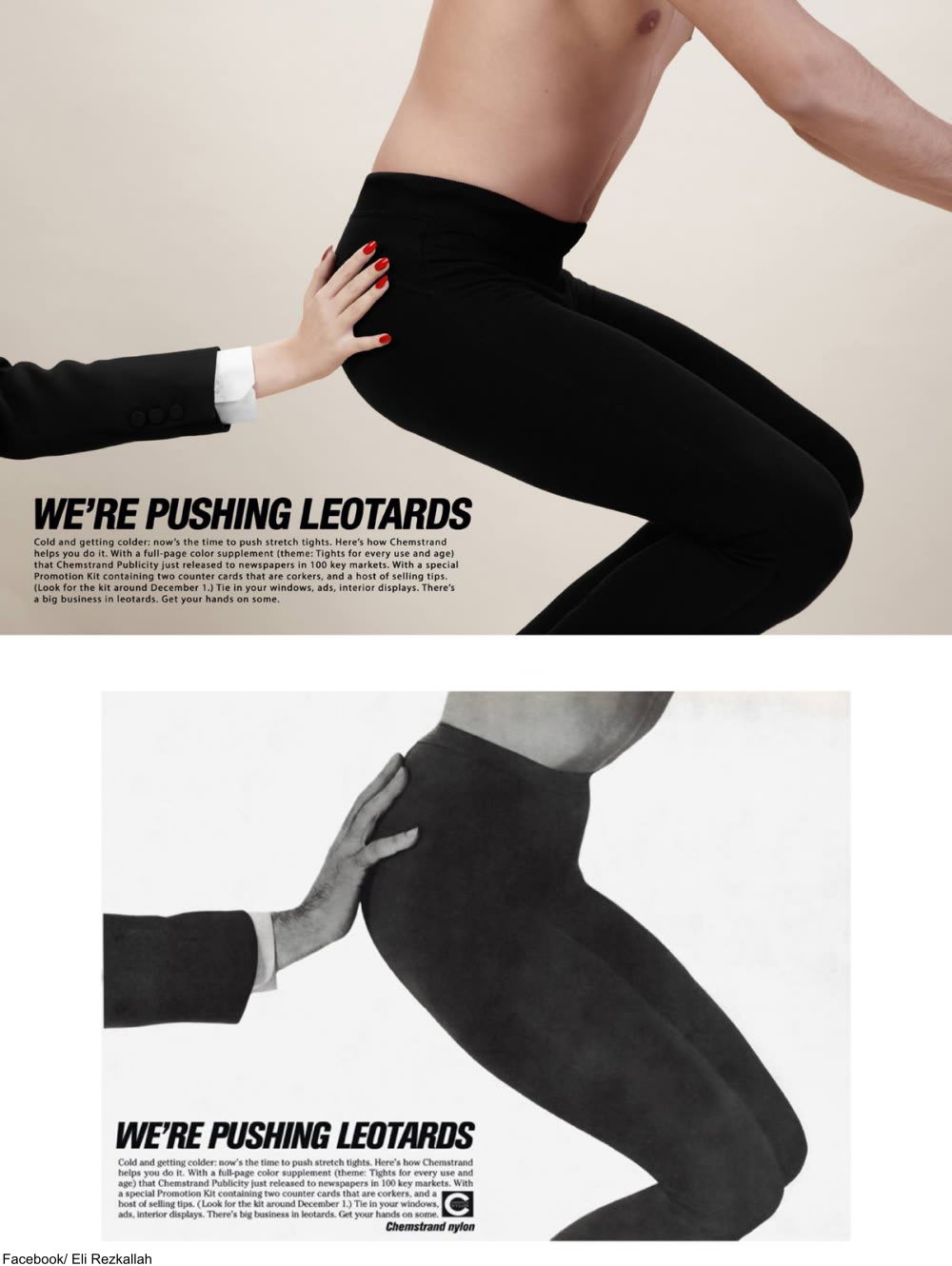 What’s interesting is that not only do the reinvented ads show men as the vulnerable ones, many of the ads show women as career-oriented and powerful, something we rarely see in marketing even to this day. They may seem subversive or wild (and some have strangely called his work reverse sexism), but Rezkallah’s family and friends have been very supportive of this series and the message it sends. What do you think? Are the reimagined images better or worse than their misogynistic originals?