We’ve probably all encountered the durable dinnertime dishware known as Pyrex — after all, who can forget those fun designs or the perfectly nested sets of bowls? And while Pyrex is still around and still making new products, we like the vintage models ourselves! To learn more about this well-known collectible, simply read below for all the details! 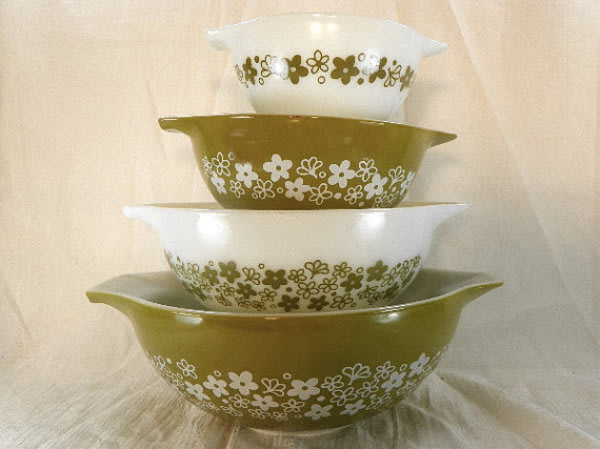 How old is it? Pyrex as a material dates back to 1915, according to Collectors Weekly, when chemists developed a special glass that held up well against quick and extreme temperature changes — sounds perfect for cooking, right? Though Pyrex was originally developed for railroads so they could have lamps that wouldn’t break under extreme cold or heat, according to Classic Kitchens and More, the scope broadened at the urgency of one of the chemists’s wives.

One of the chemists crafted a casserole dish out of the Pyrex, since his wife’s dishes often fractured in high temperatures, and she cooked with it and had amazing results (food not sticking to the glass, shorter cooking times, uniform cooking throughout). This led to the eventual creation of Pyrex dishes, and in 1915, the ovenware’s first clear set of dishes hit the shelves. Pyrex still exists today, though modern designs differ from the vintage ones that collectors adore.

Why did it become popular? Before Pyrex, people were cooking with metal or pottery — beyond the threat of the pottery cracking under extreme temperatures, neither material could serve as a one-stop shop for baking, serving, and storing like Pyrex could. The convenience, even cooking results, and faster cooking times were big selling points for people, and the addition of colors and designs made them appealing as well. 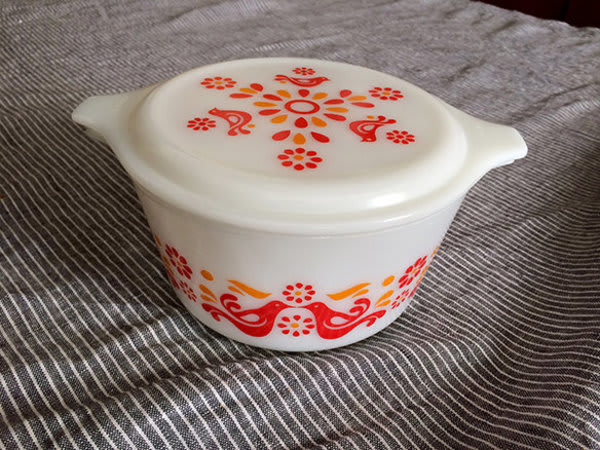 Is it tough to find? Generally no — Pyrex is pretty prevalent. If you’re looking for a particular piece to round out a collection or something that’s especially old, you might have a tougher time.

How much does it cost? Pyrex is generally pretty affordable — not only has it been very popular over the decades, but it’s naturally very durable and doesn’t break easily. Most individual items are $30 or less, with smaller items and strictly clear glass items generally less than $15. Sets of dishes and particular pieces — like the Starburst Space Saver casserole dish — can cost a few hundred dollars, though. 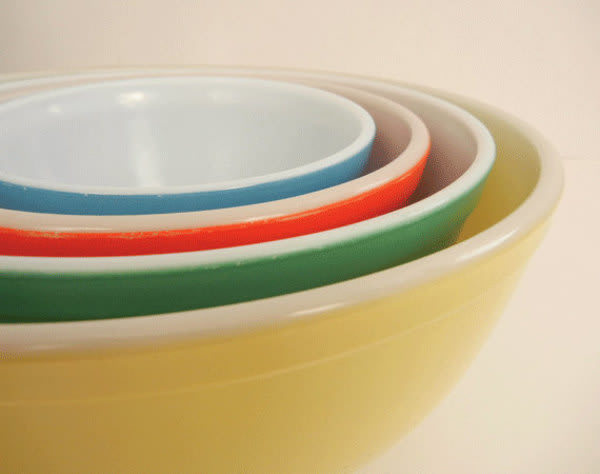