There are a few of these terms that we grew up hearing, but we had no idea they went all the way back to Prohibition era! Some of these terms conjure up images of secret passwords at speakeasies and ladies boldly drinking libations from delicate champagne cocktail glasses. From the unusual to the everyday, here are 20 slang terms were the bee’s knees in the ’20s and ’30s. 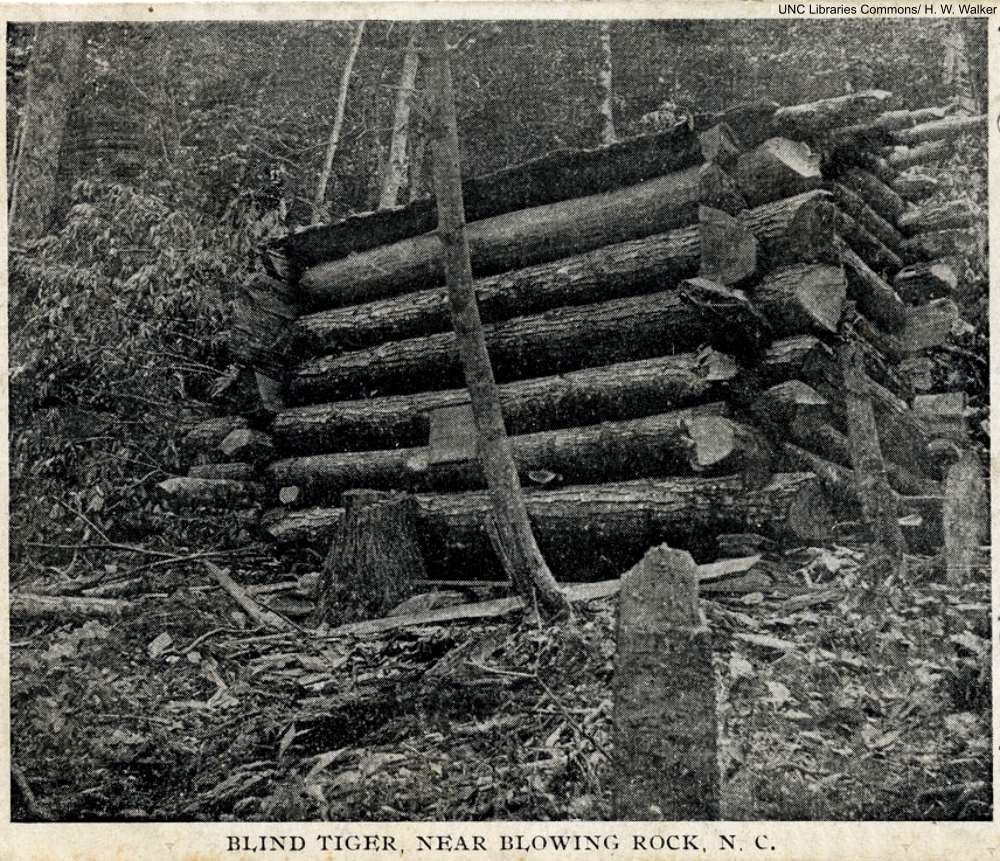 A blind tiger log cabin in the woods where illegal whiskey was sold. Via/Flickr

Bee’s Knees : something that’s really swell. Supposedly, this phrase became common after painting designs on ladies’ newly-exposed kneecaps became a trend, bees being among the many images used.

Blind Tiger: a place where illicit alcohol is sold. Sometimes also called a “blind pig.” There are several stories behind these terms, from the blinds being drawn to showing a blind animal for a fee and throwing in a free drink (wink wink).

Booze Cruise: a boat ride far enough out to sea for drinking to be legal.

Butter and Egg Man: This term was used in the ’20s to describe a man who rolled into the city with a wad of cash, ready to spend it all in clubs and speakeasies. The “egg and butter” is a reference to farmers, implying that the man in question wasn’t from the city at all.

Chicago Lightning: term for gunfire. After Al Capone and the deadly shootouts of the Windy City, the term Chicago became synonymous with violence and mob activity. 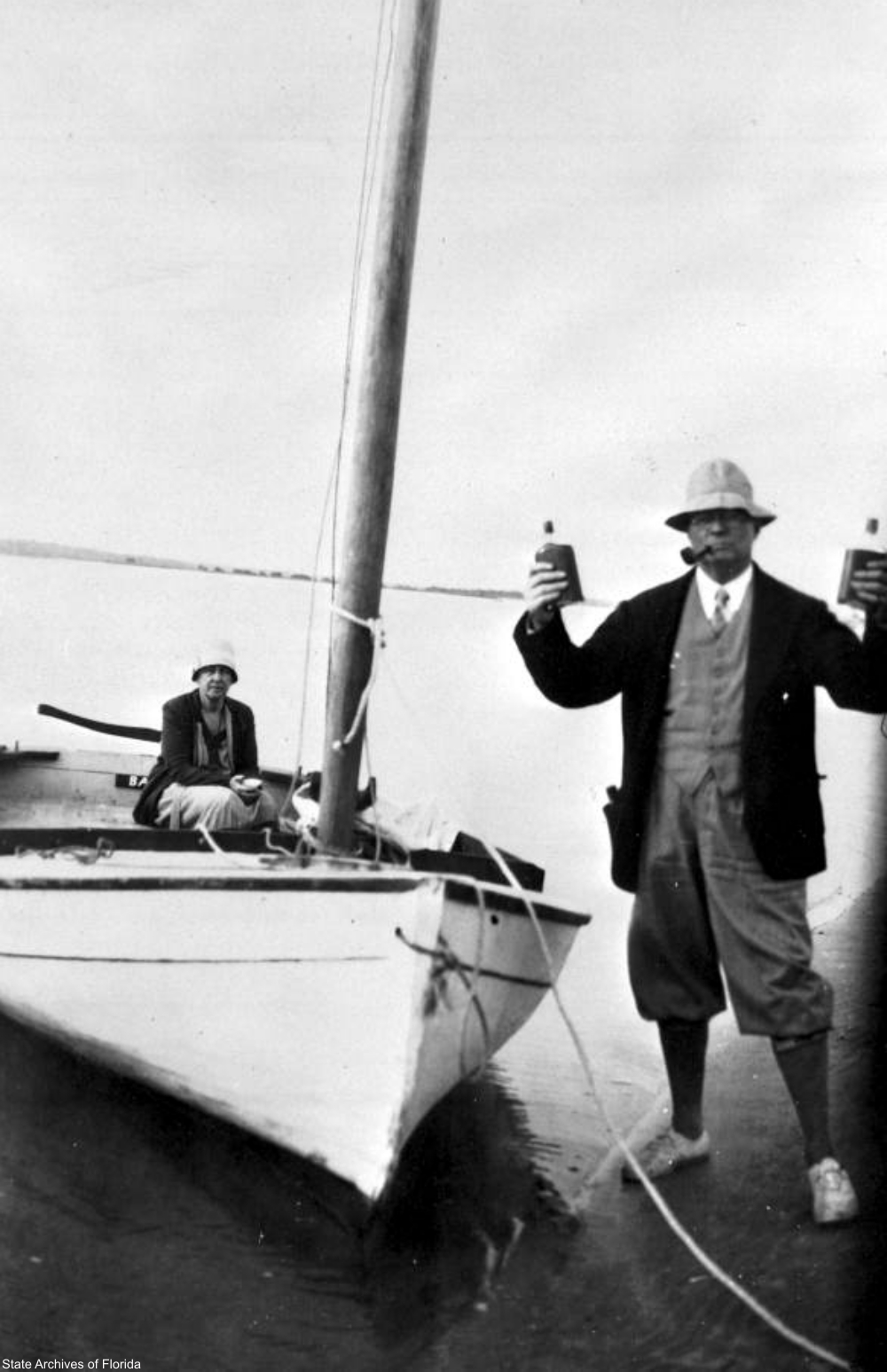 Corn-shredder : a man who dances badly or awkwardly.

Dibs: we knew this term was old, but we had no idea how old! The term was in use for other meanings during the 19th century, but it really came into its own during the ’20s and ’30s as a term to lay claim to something.

Dip the Bill: have a drink.

Dry Agent : an officer working for the Bureau of Prohibition. 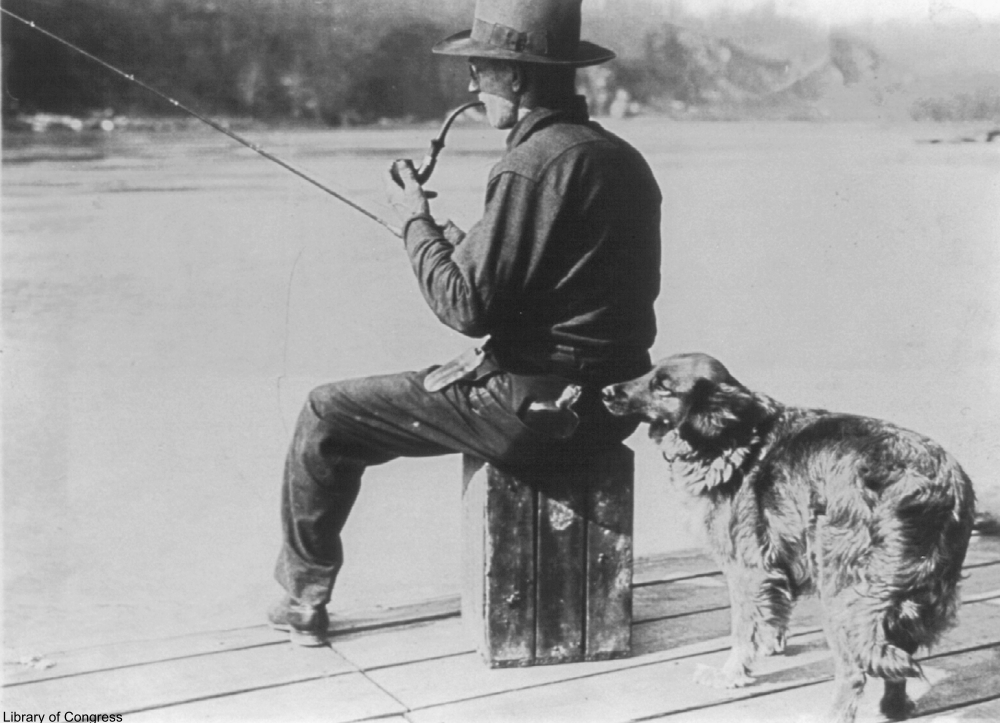 Hooch hound sniffing at a flask in the man’s back pocket. Via/Library of Congress

Flipper: the male version of a flapper.

Fuzz: the police. One story behind this word is that police officers were “fussy” about small crimes, and over time the term evolved into “fuzz.”

Hooch : cheap or illegal alcohol. The term is said to stem from a corruption for the name of the Hutsnuwu tribe in Alaska, known for distilling their own homemade alcohol from molasses.

Jake Leg: the limp acquired by drinking too much Jamaican ginger, a medicinal drink (also known as Jake) with an alcohol base that could cause partial paralysis if over-consumed. 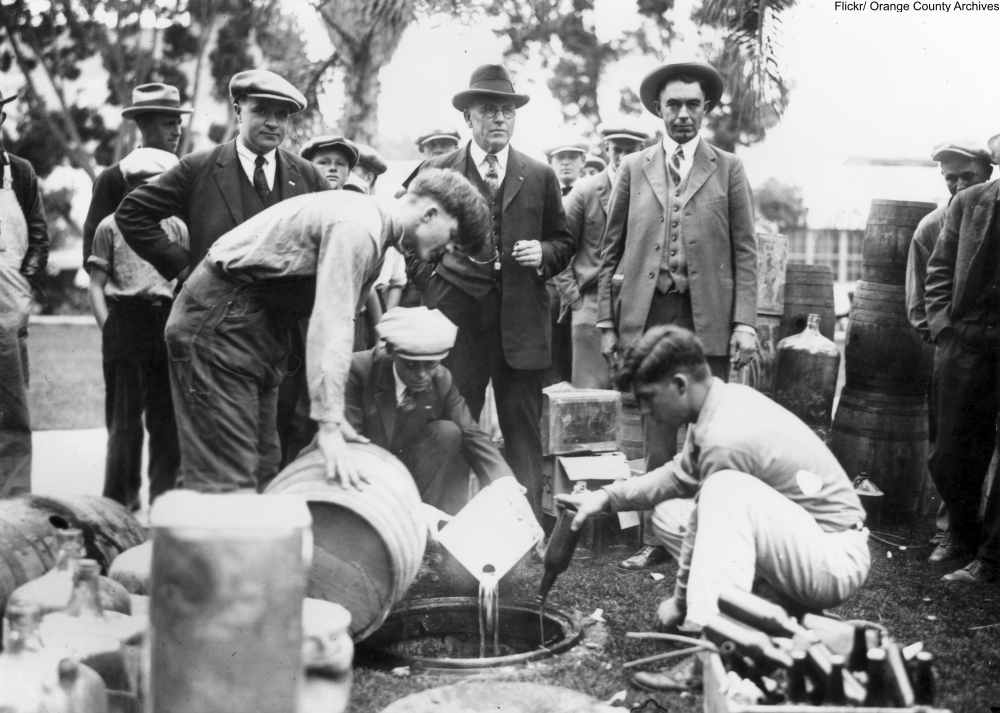 Lawmen dump out mass amounts of illegal booze and beer into the sewer. Via/ Flickr

Needle Beer: non-alcoholic beer that has been re-supplied with alcohol, often by syringe.

Old Pal: another term for a cocktail.

Take the Bounce: to be kicked out of an establishment; 86’d.

Twister: a flapper you take to go out dancing. 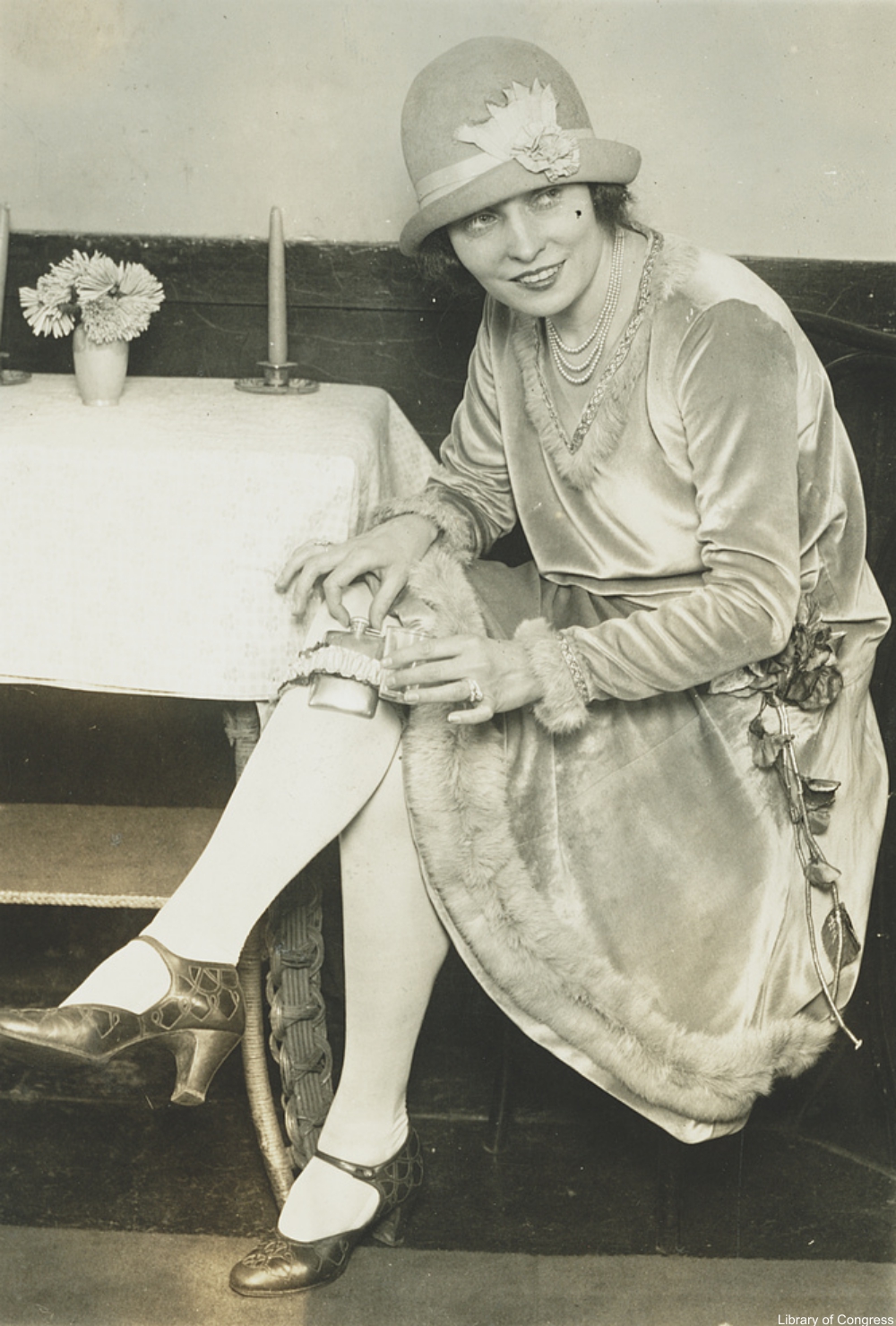 If you enjoyed this then click the “Next Page” button for a taste of ’50s slang!