The Gangster Pretty Boy Floyd – Was He a Robin Hood Figure After All?

During the 1930s many a criminal came to gain national fame, not only through FBI posters offering hefty rewards, but through sensational headlines. Newspapers sometimes painted then as down-to-earth fellas just trying to make a buck in a terrible economy. “Pretty Boy” Floyd was one of the most well-known celebrity criminals and unlike some of his contemporaries, there is reason to believe that he might have actually been a generous outlaw. 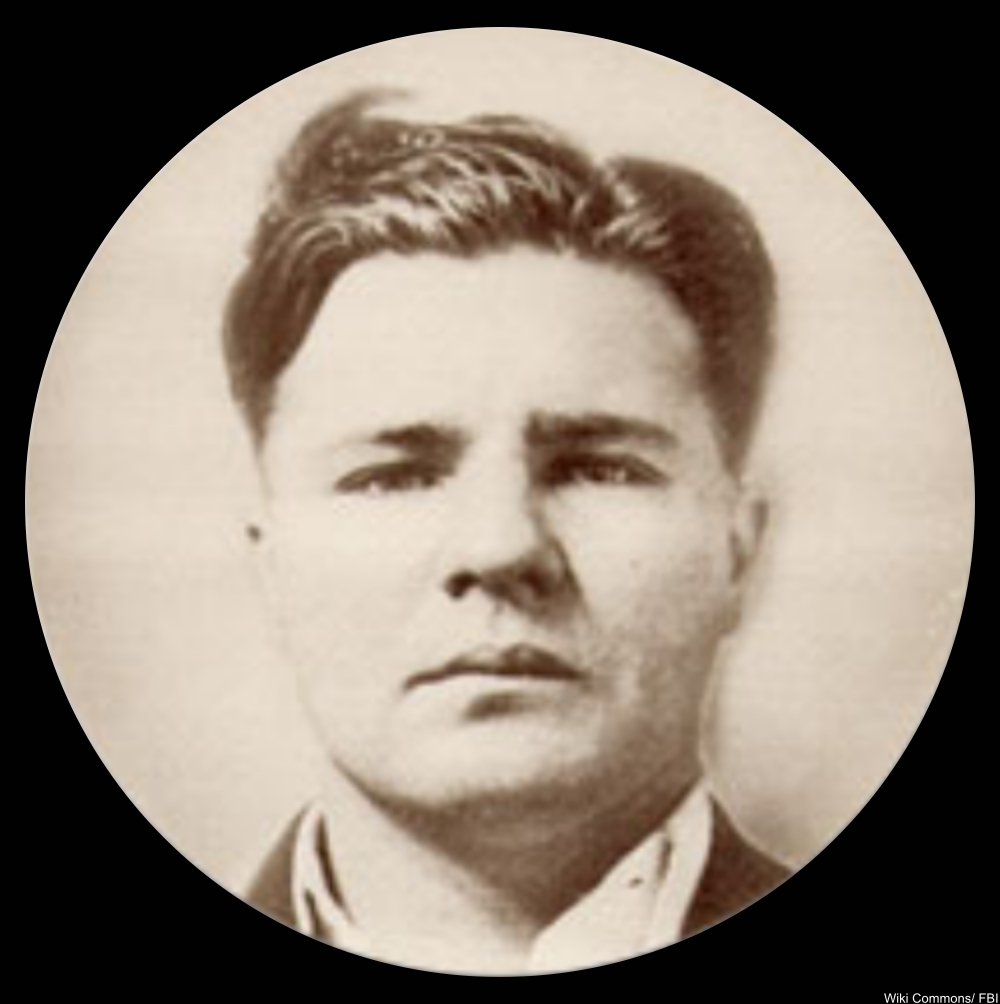 Charles Arthur Floyd was born to a poor farming family in 1904 in Georgia and the family later moved to to Oklahoma. Floyd was to receive many nicknames throughout his life, as well as become one of the most notorious bank robbers of the Great Depression.

His first nickname was “Choc” – bestowed upon him because of his love of Choctaw beer (it’s a distinctly Oklahoman drink made from barley, hops, berries, and sometimes tobacco).

Floyd served time in prison for theft of a Kroger payroll drop and, much like John Dillinger, prison is where he met his first partner in crime: “Red” Lovett. After he was paroled in 1929, he earned the name we know him by while working in the oil fields. To such a grimy job Floyd would wear a crisp, white button-up shirt and slacks and the men in the fields started calling him “Pretty Boy.”

Starting in 1929, Floyd mainly robbed rural banks, as well engaging in work for bootleggers along the Ohio River. As a hired gun he was known for his use of machine guns.

On June 17th, 1933, Floyd, Red Richetti, and Vernon Miller were supposedly involved in a shootout at the Union Station when attempting to stop their friend, Frank Nash, from being returned to the penitentiary Leavenworth, Kansas. In the crossfire, Nash was killed, along with 3 police officers and one FBI agent. From this moment onward the manhunt for Floyd intensified, with FBI accounts emphasizing his “cold-blooded” nature.

Public Enemy No. 1 or Robin Hood?

Floyd was seen as a Robin Hood figure because he is rumored to have destroyed mortgage documents when he robbed banks, but this has not been proven. Nevertheless, this rumor was enough to canonize him in the eyes of the public who were desperate to save their farms and make a living after the stock market crash. During the Depression any man who might somehow release a poor farmer from the grips of his mortgage payments was seen as having at least some good in him. 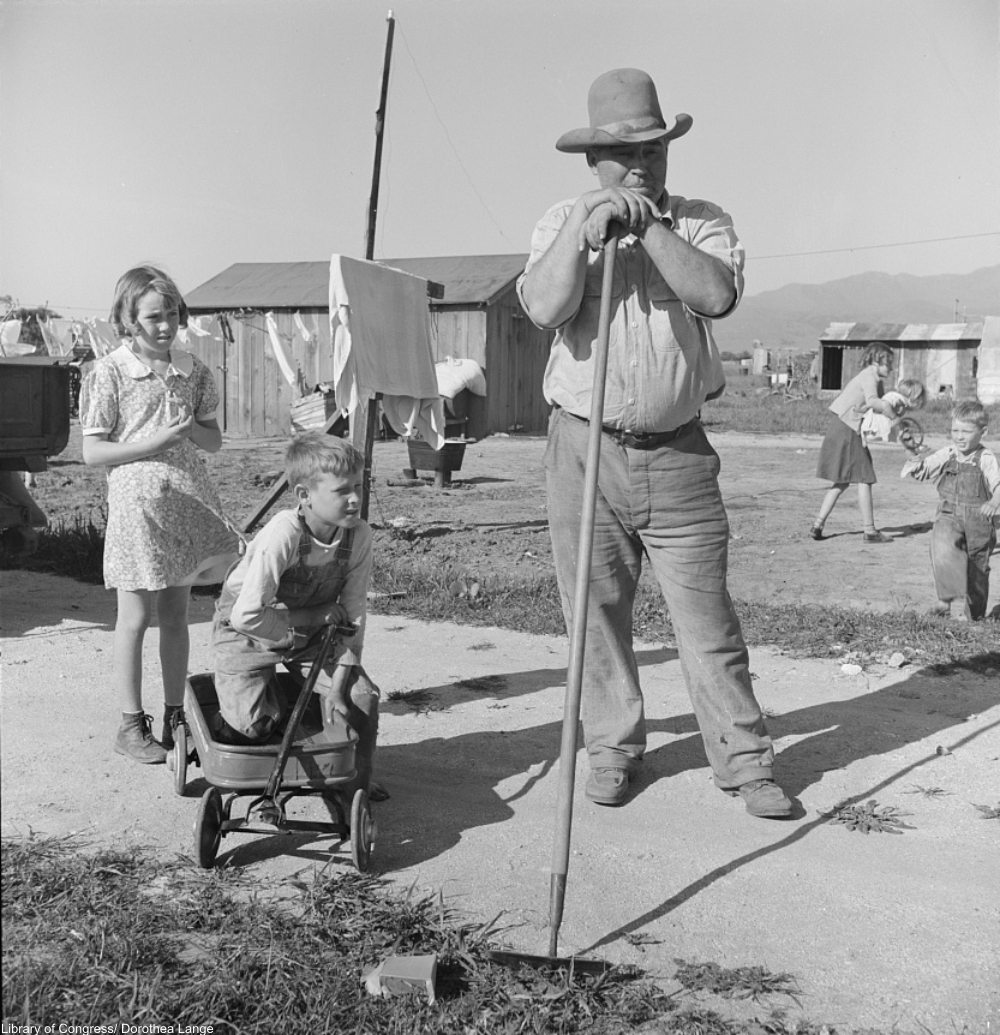 Family of migrant farmers who left Oklahoma after Dust Bowl conditions forced them onward to California. Via/ Library of Congress

Hiding himself away in the rural Cookson area of Oklahoma after the Kansas City Massacre, he was rumored to have been very generous with the locals there who helped him hide out. It has been estimated that he kept dozens of starving people alive during the Dust Bowl, earning him the name of “the Robin Hood of the Cookson Hills.”

5 years after his death the Robin Hood reputation became even more attached to his persona when Woody Guthrie wrote “Pretty Boy Floyd,” a song in which Floyd supposedly saves the farms of many a poor farmer. Guthrie himself had a very hard life, himself an Oklahoman who sympathized with Floyd’s story.

The End of the Road 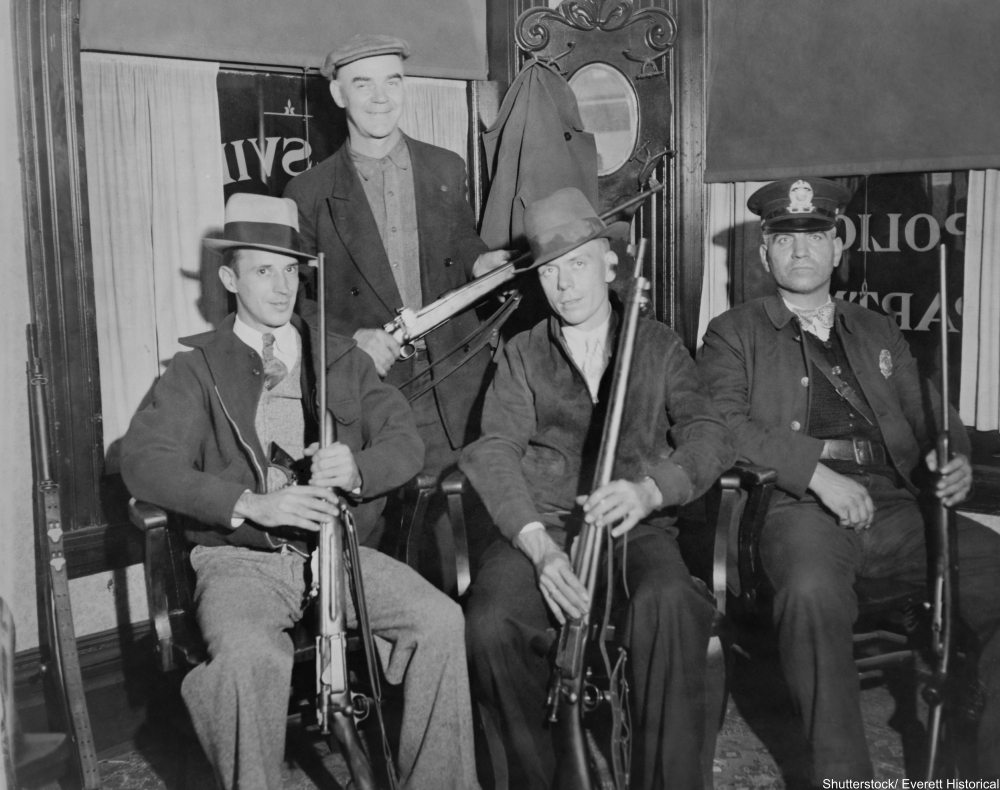 Members of posse organized in Wellsville, Ohio to hunt for “Pretty Boy” Floyd, 1934. Via/ Shutterstock

In the resulting shootout, Floyd was shot twice, reportedly uttering to the FBI agents that they got him and that he was “done for” before he died. Purvis was the same man who led the successful hunts for John Dilligner and Baby Face Nelson.

While me may never know the whole truth about how much money he gave to poor families or if he destroyed any mortgage documents, his name lives on in tales and songs as one of the most famous anti-heroes of the Depression Era.

discover some surprising facts about Bonnie and Clyde: Click “Next Page” below!