Before movies, before cartoons, even before photography there was a burgeoning art of optical illusions that was delighting viewers and setting the stage for increasingly clever diversions. Beginning in the 1830s optical illusions were being created on paper, meant to be spun, twirled, reflected, or illuminated. These devices went by a variety of names, most of them hard to spell and pronounce.

In 1833 a French publisher began selling fantastical optical illusions to the public, an idea created by Joseph Plateau, known as phénakisticopes (a French interpretation of the Greek for “cheating vision”).

Plateau was interested in the principles of movement and how the human eye detected movement. He created the device less than ten years before he would go completely blind himself, but the concept would be reproduced again and again over the following decades. The name was often misspelled and was added to and changed as other manufacturers began producing their own versions, later commonly known as zoetropes.

The illusion was seen when the viewer peered through a slit into a mirror which reflected only one part of the illusion at a time to give an isolated image of figures in motion. Suddenly drawings of acrobats were flipping, horses running, couples waltzing- something the public had never seen before.

This amazing new technology was arranged differently depending on the manufacturer. Some were three dimensional, while others were meant to be lit from behind to increase the effect. 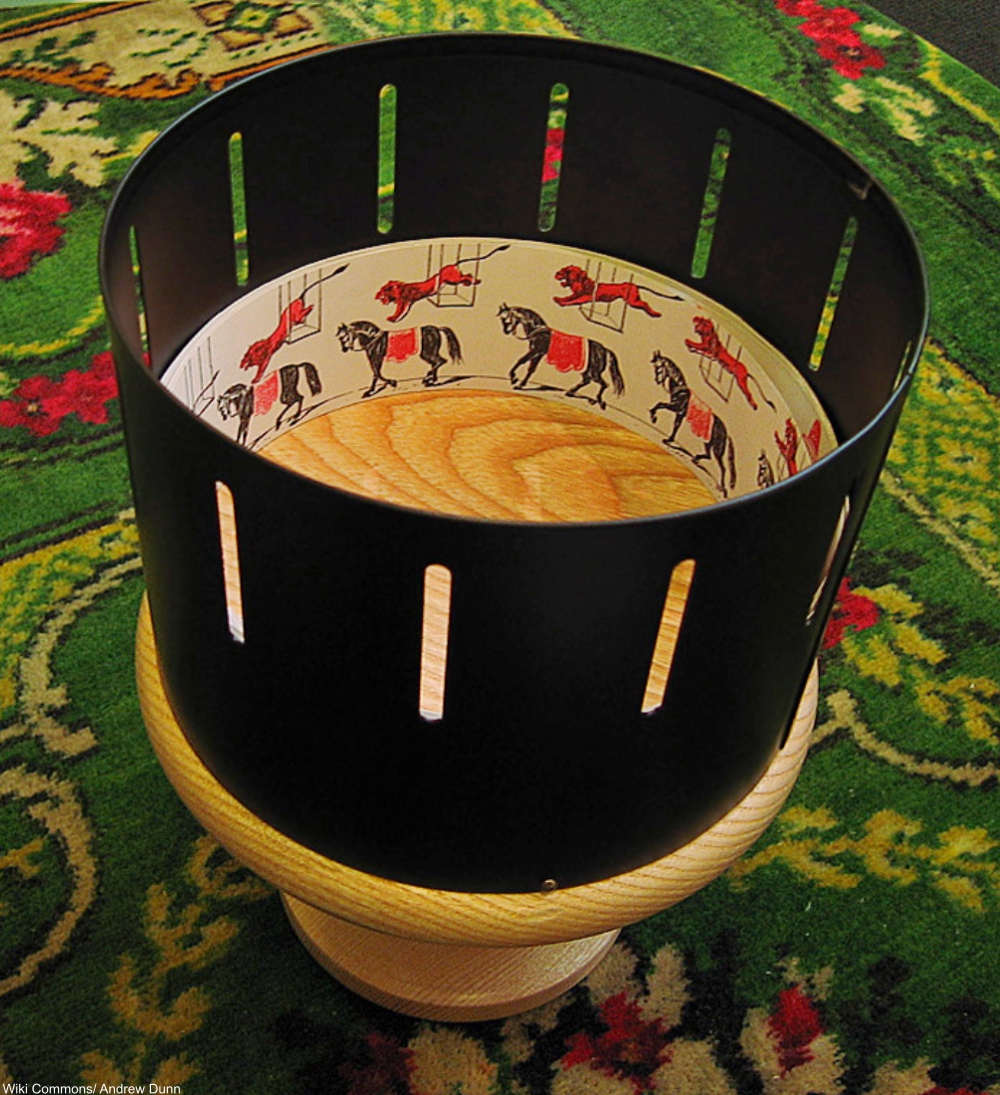 This reproduction zoetrope has the images printed on strips of paper rather than on a disc. Via/ Wiki Commons

The principles of zoetrope technology became the basis for motion pictures and film animations, as seen in early Kinora viewers and the like. Today these curious animations have developed a cult following, and one of the world’s foremost collectors says they are best seen in GIF or video form as the mesmerizing spurts of action they are. Some of them are quite captivating, holding the viewer in an infinite loop of movement.

What was at first conceived as a scientific project became a delightful children’s toy which lit up the faces of adults and kids alike. You can see the wide variety of effects and subjects of phénakisticopes and zoetropes in the quirky video below, a fun homage to the artistic work of Joseph Plateau. And be sure to check out the toys that time forgot right here.