Inside the Massive “Cottages” of Gilded Age Newport

During the Victorian era mechanized manufacturing, travel, and mining revolutionized how people bought and sold things and where and when they traveled. There was all kinds of money to be made in railways, in producing home wares, and into filling department stores with novel merchandise. Oil barons, railway magnates, shipping conglomerates, and publishing houses were leading figures in commerce at the end of the 19th century and the beginning of the 20th century. Many of these families were based on the East Coast, with mansions along Central Park in New York City. But, many of the wealthy of the Gilded Age also built what they referred to as “cottages” in the fashionable resort town of Newport, Rhode Island. 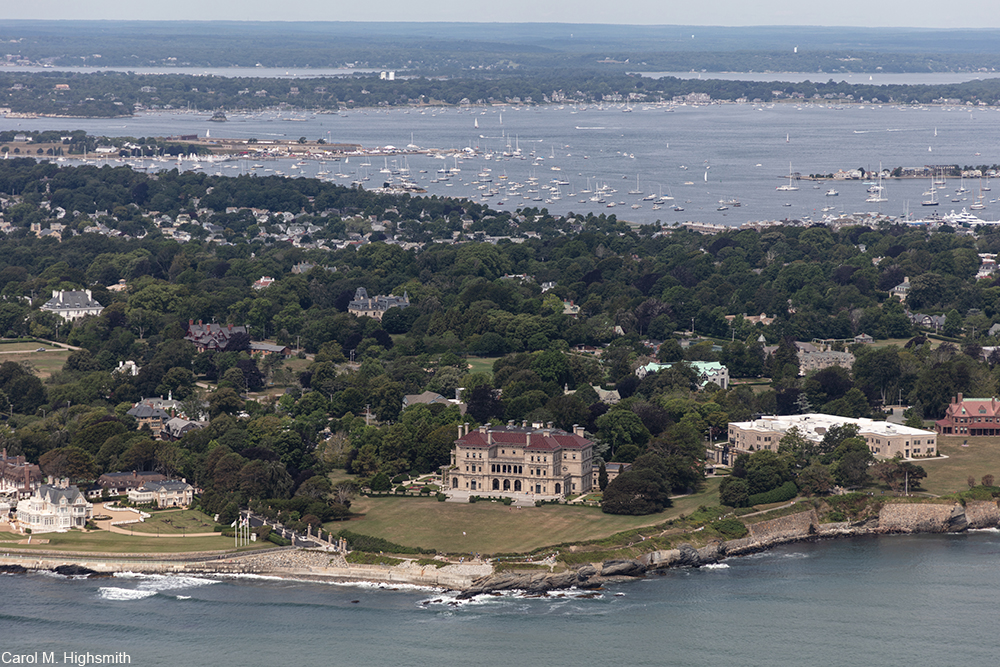 Not too far from NYC, Newport offered stunning views and exclusive neighbors. Some of the wealthy families that had vacation homes there were the Vanderbilts, the Astors, the Carnegies, the Rockefellers, and many other notable families with wealth beyond most people’s wildest dreams.

While some of the Newport families had roots in the East, some traveled from afar to be near the fashionable upper crust social circle that was building there. Rosecliff mansion (completed in 1902) was built by Nevada silver heiress, Theresa Fair Oelrichs, herself the daughter of Irish immigrants. “Tessie” Oelrichs ended up becoming one of the stars of the scene in Newport and beyond, holding lavish parties in her summer house. 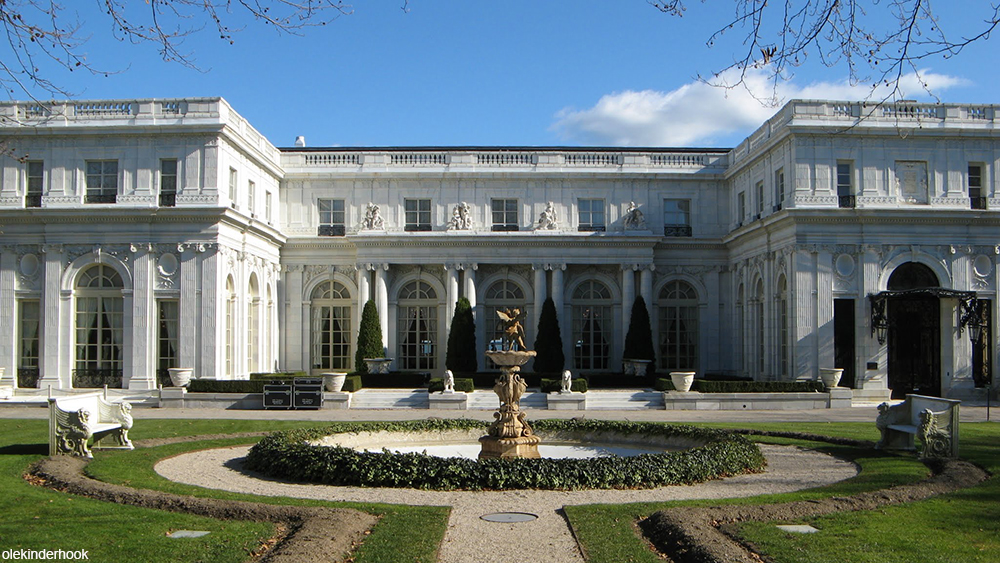 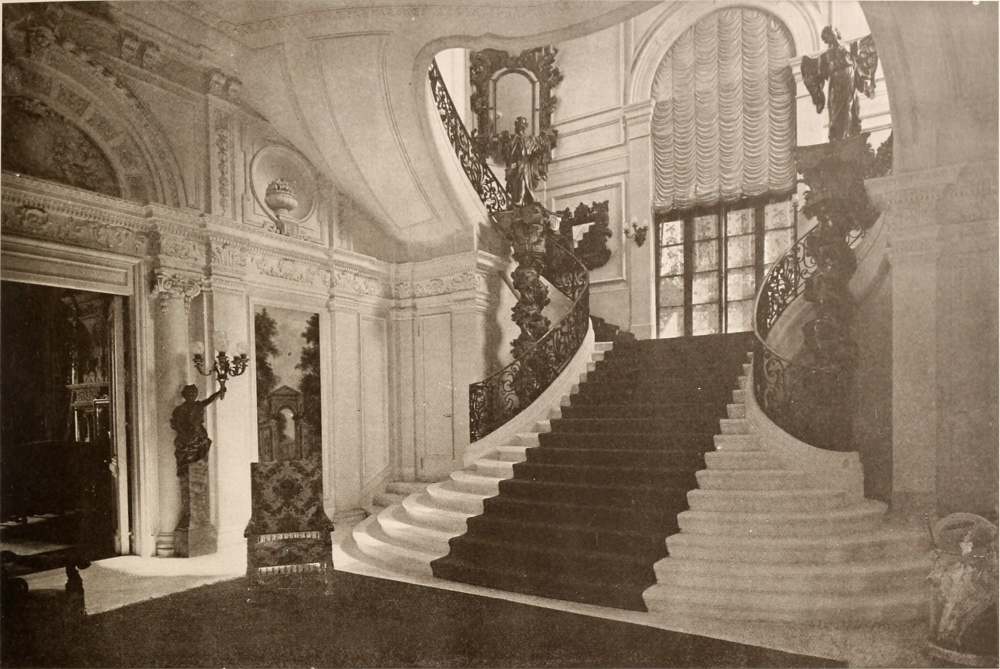 The grand staircase at Rosecliff as it was around the turn of the century. Via/ Internet Archive

Not only could these wealthy families afford the best of everything and had many houses sprinkled across the globe, they were not always the most humble about it. The mansions were known as “summer cottages” since their owners vacationed there in the warmer months. But, these impressive homes were nothing like cottages at all. 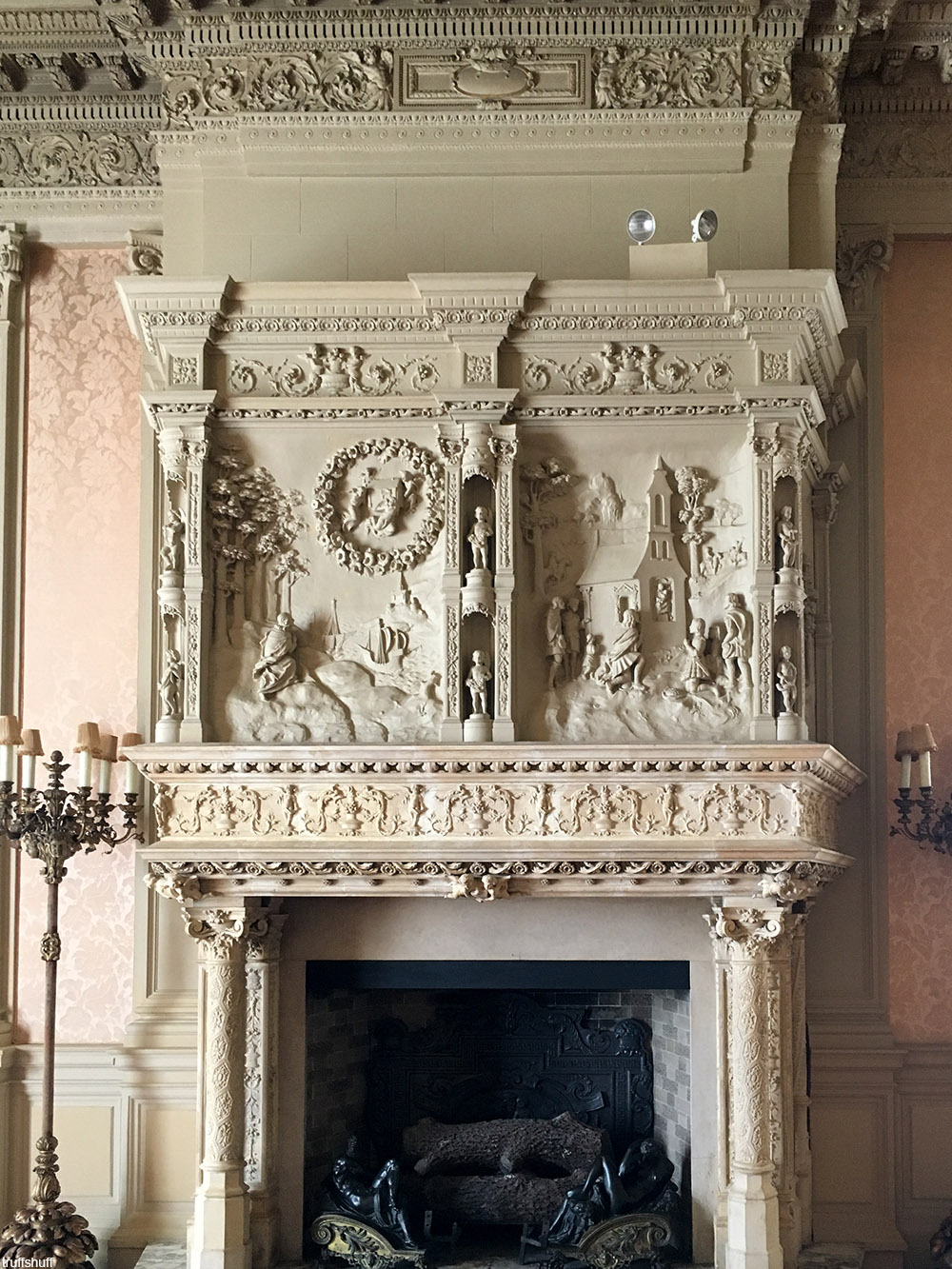 In reality the summer homes were mansions, often with even more land and amenities than the city homes also belonging to their owners, due to the abundance of land in Newport.

Rosecliff has 30 rooms and was built at a cost of $2.4M dollars at the turn of the century. In today’s money that would be around $73M- certainly nothing cottage-like about that price tag. 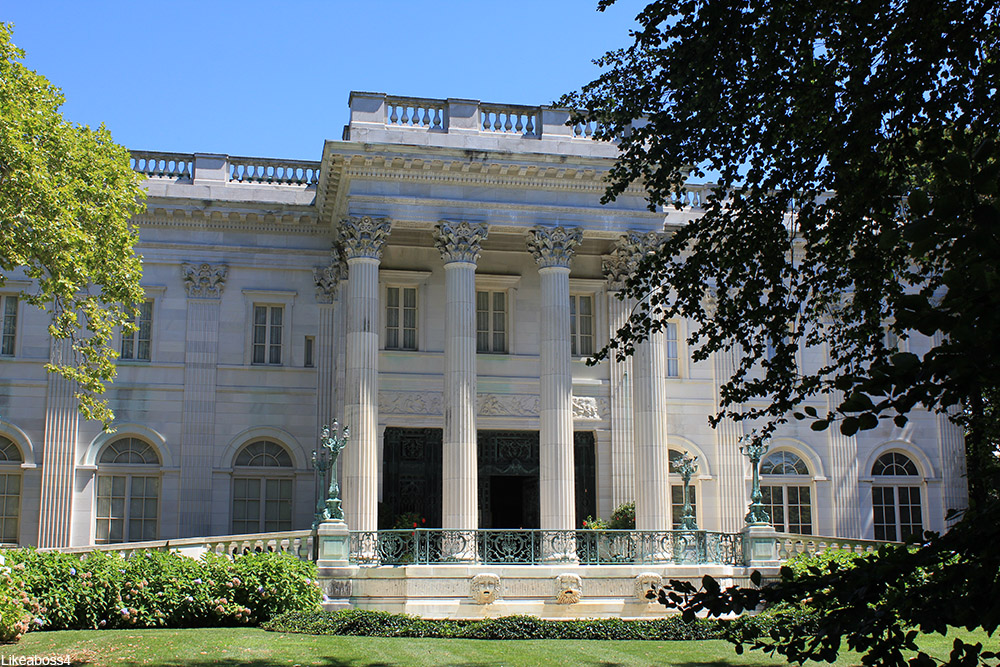 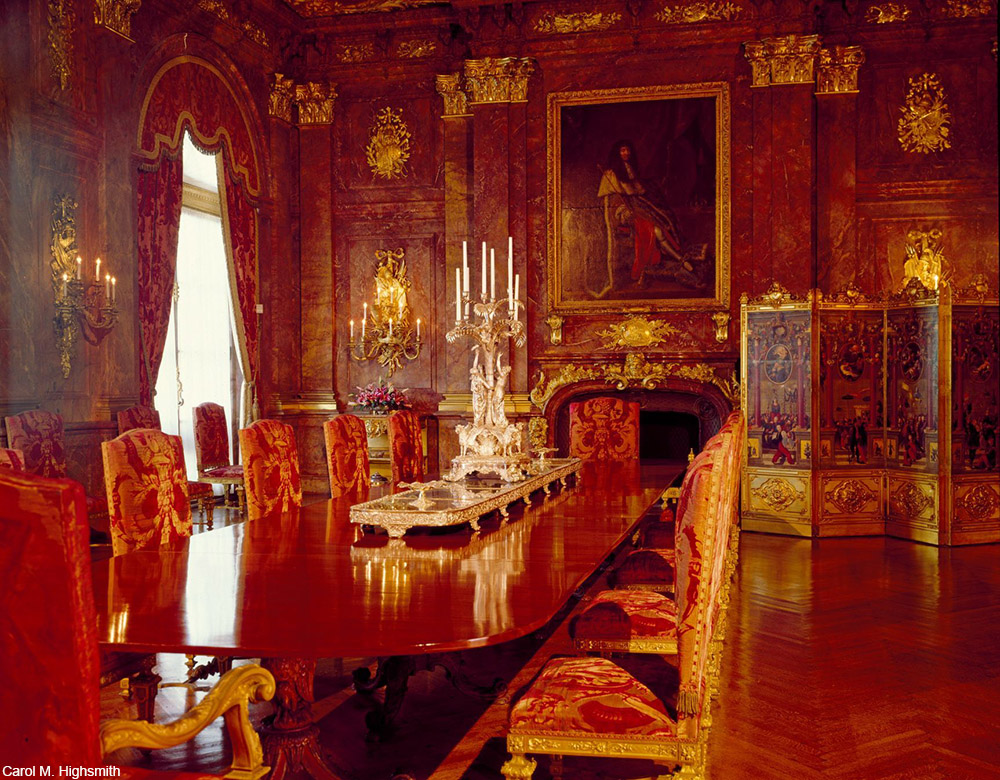 The red, wood, and gold dining room at Marble House. Via/ Library of Congress

Other examples of these summer cottages are Marble House (above- finished in 1892 and belonging to the Vanderbilts), The Elms (completed in 1901 and commissioned by Mr. and Mrs. Edward Julius Berwind) and The Breakers (completed in 1895 and commissioned by railroad king, “Commodore” Cornelius Vanderbilt II), each with enough space for hundreds of people to live there.

The Elms features 48 rooms and even had its own small railroad built to convey coal to the basement from the station down the street. 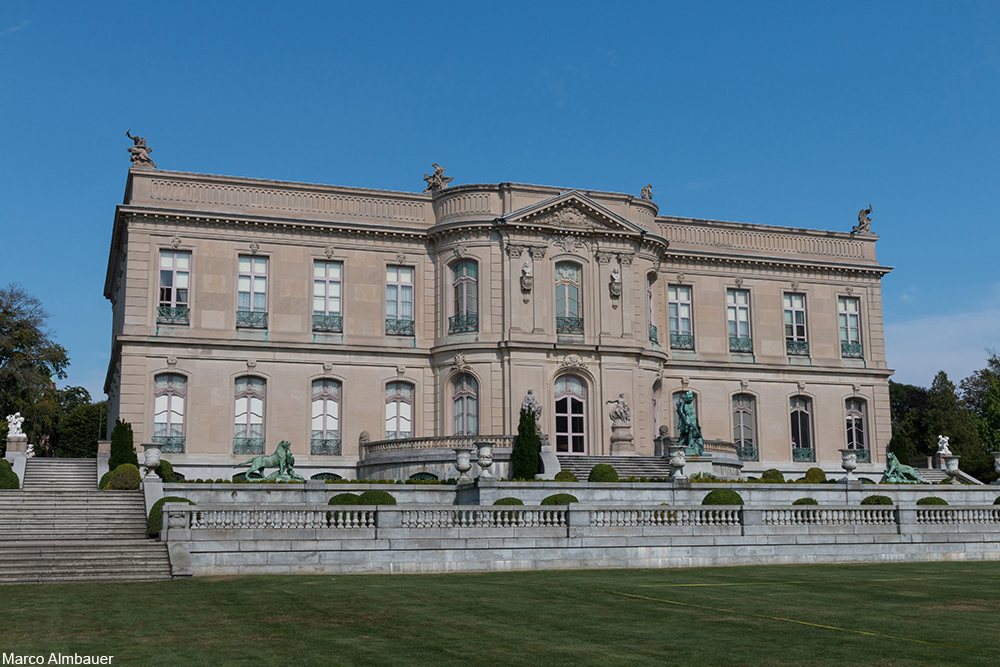 The Elms exterior. Via/ Wiki Commons 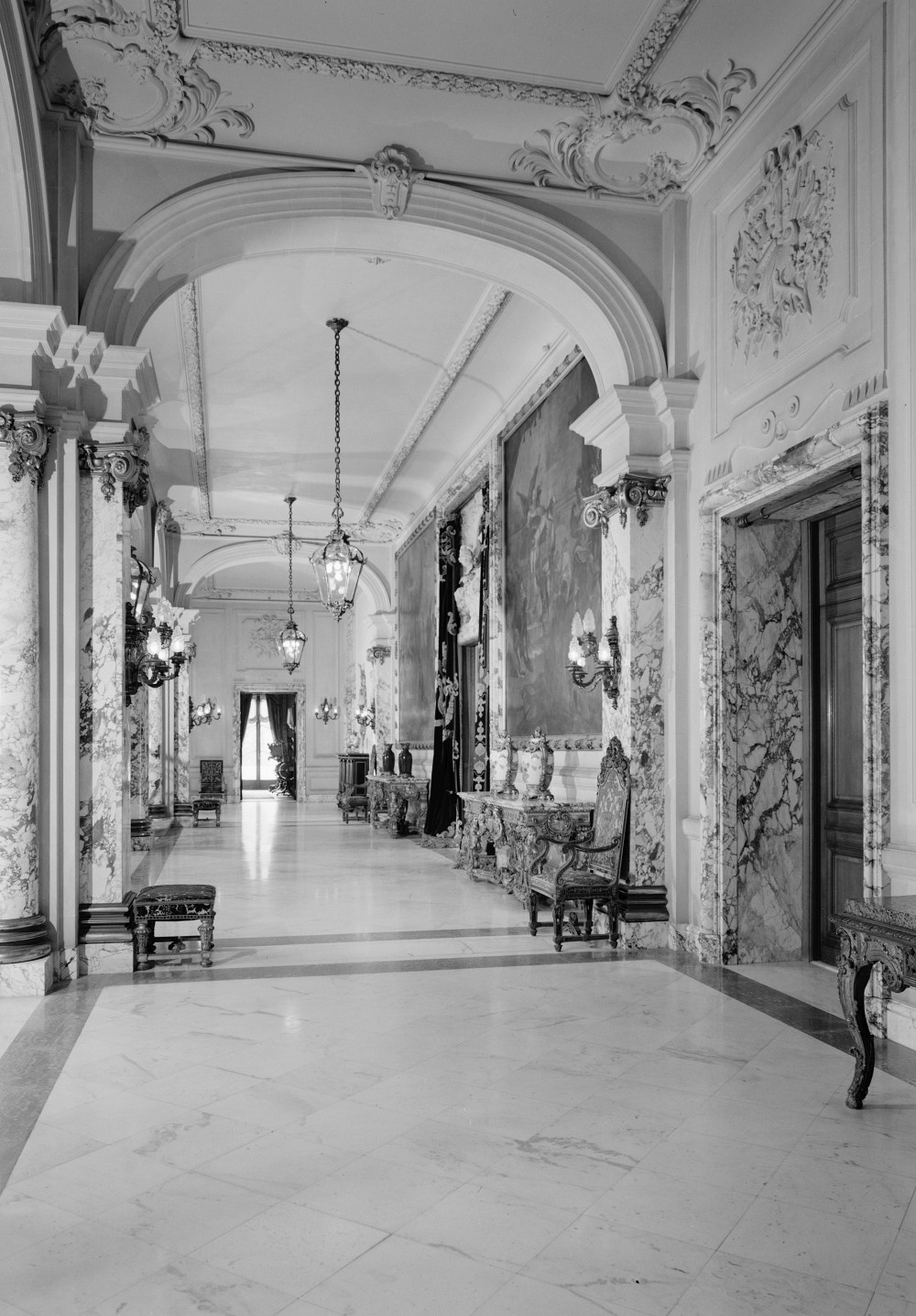 Central promenade of The Elms. Via/ Library of Congress 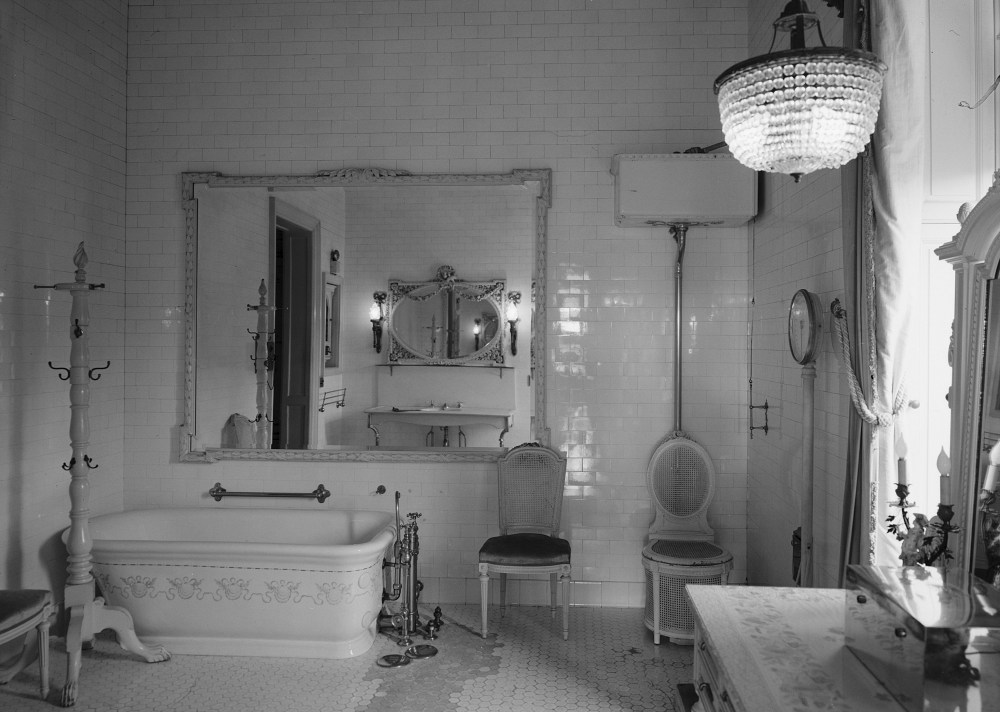 Even the bathrooms at The Elms were extravagant. Via/ Library of Congress

The Breakers had dozens of rooms for the family and more than 30 bedrooms just for the staff. These homes rivaled the palaces of Europe, with many built to emulate aspects of Versailles and other historic homes of the aristocracy. Built from stone after the original, wood-framed Breakers burned down, this type of construction became just the thing among the socialites of Newport. 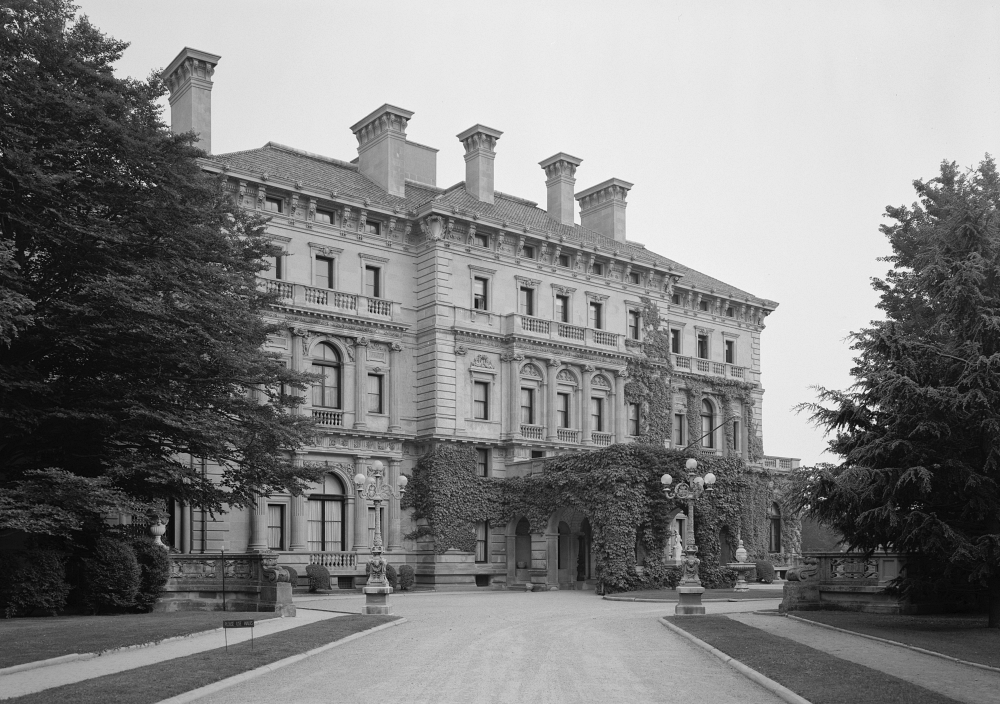 Exterior of The Breakers. Via/ Library of Congress 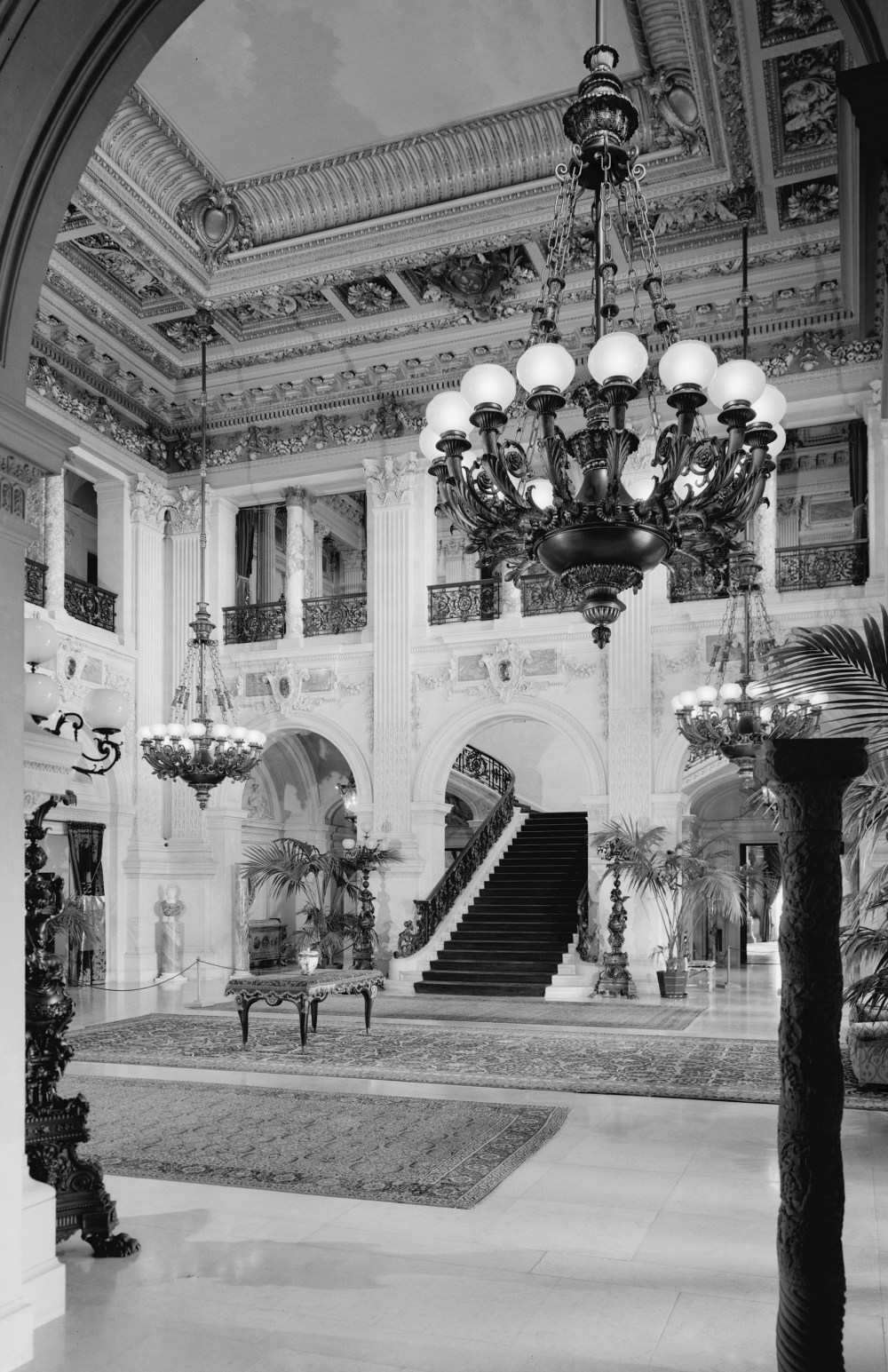 The large and opulent foyer at The Breakers. Via/ Library of Congress

Like the castles of Europe, these mansions were built using fireproof materials like stone, with the addition of newer materials like concrete and steel framing. Even the wealthiest man could lose his home and family to fire and the newest trends in construction meant that the manor houses could be built to withstand conflagrations.

Because of how they were built and their impressive history, most of the Newport cottages are still standing today. Some have been converted into hotels, while some are open for tours to the public- hosting art openings, holiday events, or even sometimes weddings. After World War I, many of these elite families sold off their giant summer homes, citing upkeep expense and lack of staff as two big reasons for the change. 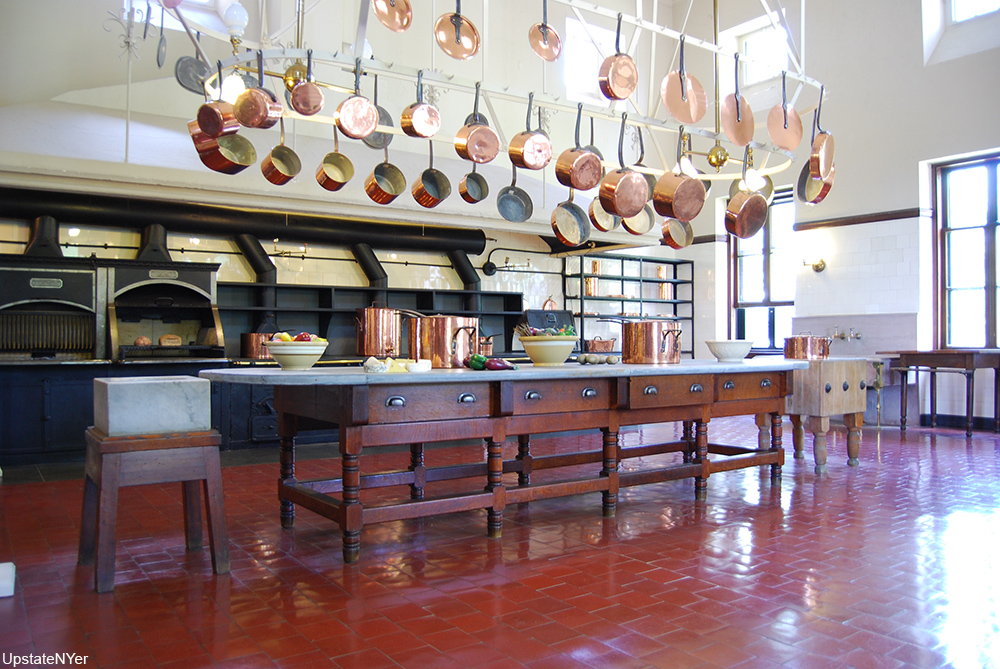 The large kitchens at The Breakers. Via/ Wiki Commons

It’s so fascinating to think just how far removed from reality one would have to be to call these mansion “cottages”, but the fact remains that today they are an important part of the local history and a facet of the Gilded Age that most history-lovers find intriguing (if wildly unjust considering the widespread poverty of the era).