Take A Virtual Tour Of 12 Famous Museums From Your Couch

Now that people in many parts of the world are going into to self-quarantine, it is important to make sure that you are well set for the time you will be spending at home. This not only includes foods and supplies but it also includes having plenty of entertainment. You even need to think beyond Netflix, because even that streaming service may get boring after a while.

Fortunately, you are not without options when it comes to getting some culture and education right from your living room. Google Arts & Culture and Fast Company have teamed up to bring you more than 2500 galleries and museums from around the world. These virtual tours can be quite enlightening.

Some of the options available in the Google Arts & Culture collection include the British Museum in London, the Van Gogh Museum in Amsterdam, the Guggenheim in New York City, and hundreds of other places you may not have considered before. The collection is especially beneficial for students who want to keep up on their studies during the school closures. 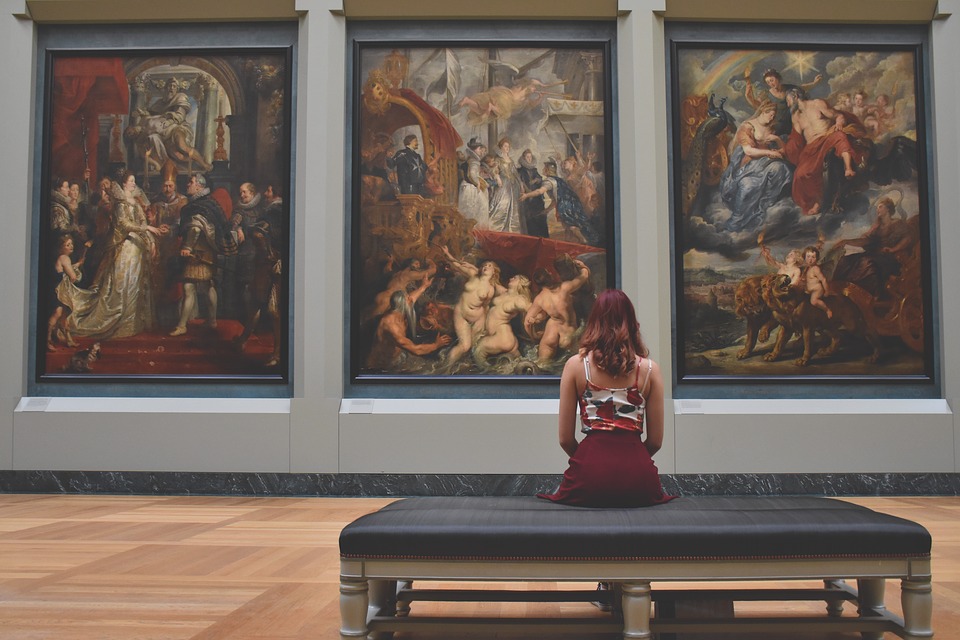 You can see some of the top museums on Google that are offering online tours and exhibits. Museums worldwide are also sharing arts through social media to help those who are stuck at home. If that isn’t enough, you can watch free digital shows every night at 7:30 PM from the New York’s Metropolitan Opera. Those shows run from March 16 through March 22. It is even possible to go outside, so to speak, with virtual tours of some of the best national parks in America.

This Museum from London allows people to tour the Great Court and gives virtual visitors the opportunity to see everything from Egyptian mummies to the Rosetta Stone. Check out their virtual tour for more information.

You can use the Street View feature from Google to see the Guggenheim’s spiral staircase and you never have to leave home. Discover some of the most impressive works of art from around the world inside.

2 online exhibits are available at this famous museum through Google. It includes an exhibit of American fashion from 1740 to 1895, where you can see clothing renderings from revolutionary and colonial eras. The second is a collection of the works from Dutch Baroque painter Johannes Vermeer.

This impressive virtual walk-through shows you the works of French artists who were alive between 1848 in 1914. It includes works from Monet, Cézanne, and Gauguin.

This is one of the most popular museums in Korea and you can access it from anywhere. Using Google’s virtual tour shows you six floors of contemporary art from around the world.

This is one of the largest museums in Germany and they have an impressive amount to offer. Doing a virtual tour of the historical museum shows you many ancient artifacts, such as the Ishtar Gate of Babylon And the Pergamon Altar.

Impressive works from the Dutch Golden age, including Vermeer and Rembrandt, can be seen in this museum. The street view tour from Google gives you an interesting look inside.

It doesn’t matter if you are a fan of Van Gogh or not, it’s interesting to see his work by visiting the museum through a virtual tour. This museum has the largest amount of artwork by Vincent Van Gogh, including 500 drawings, 200 paintings, and 750+ personal letters.

This California Museum shows you European artwork from as far back as the eighth century. A street view tour shows you the collection of paintings, drawings, sculptures, manuscripts, and photographs.

The de’Medicis is one of the most famous families from Florence, Italy. This gallery house and art collection may not be as well-known as others, but it is impressive to wander through the halls using a virtual tour.

This is Brazil’s first modern museum, with artworks on clear perspex frames that make it look as if the artwork is suspended in midair. A virtual tour can show you the Museum from your home.

This museum was dedicated to the history of Mexico’s pre-Hispanic heritage. It has a lot of displays from archaeology, including 23 exhibit rooms with ancient artifacts. This includes some from the Mayan civilization.

Google’s Arts & Culture’s collection does not contain all of the popular art museums and galleries but some also offer their own online visit option. Fast Company reports that the Louvre offers such a tour on their website.