Arrows from 6,000 Years Ago Uncovered in Melting Ice

A patch of melting ice in Norway has revealed dozens of ancient artifacts, including a cache of used arrows the size of which has never before been found. The site is located in Langfonne, an area rife with reindeer, a fact which was true throughout antiquity as well considering the many hunting artifacts found at the site. Many of the items in question were discovered to be from between 300 AD and 800 AD, although some date as far back as the Neolithic period. 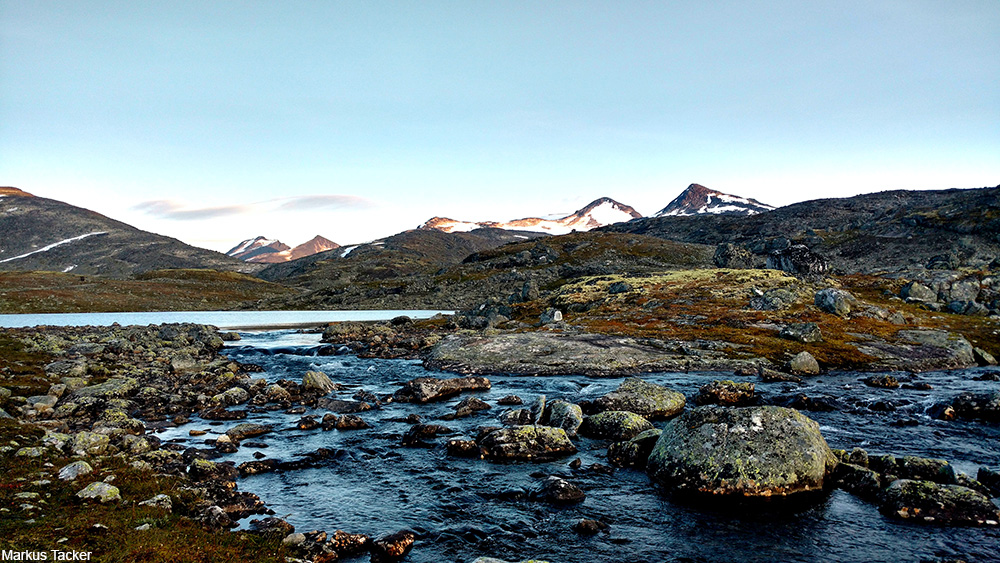 The Langfonne ice patch yielded its first artifact back in 2006 when a hide shoe was found in the melting ice. Since then the area has been of great interest to both archaeologists and environmental scientists. In this instance summer melting events occurring over a long period contributed to the melting of the ice. By 2014 the ice had melted so much that 3 distinct patches of ice were left behind, with ice-free sections in between.

During the Little Ice Age (roughly 1300-1870) people in in the Northern Hemisphere had to endure much colder winters than we have experienced in the 20th and 21st centuries. During this time ice patches, glaciers, and frequent snowfall created a frosty environment for people and animals in these regions. 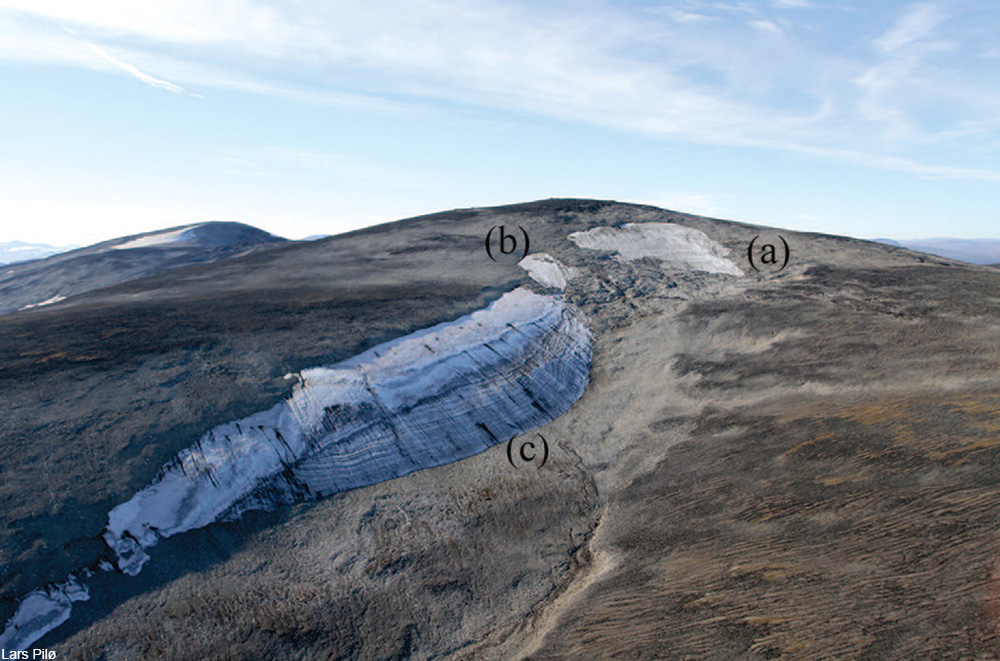 Photo illustrating the locations of the 3 ice sections in proximity to each other. Via/ The Holocene

Deposits of snow turned to ice over a period of months or years and trapped objects in the newly-formed ice, and we are still finding the evidence today. The area is also filled with scree, which are remnants of glacial deposits (from glaciers that predate the current ice formations).

A post shared by Secrets Of The Ice (@secretsoftheice)

Found among the sediment were 68 complete hunting arrows, 5 separate arrowheads, and dozens of other partial arrows -all of which were presumably used to hunt reindeer. These recent finds make this ice patch the most arrow-rich section of ice discovered to date of any location in the world. Reindeer antlers and bones were also found at the site.

Radiocarbon dating was used to find the ages of the artifacts in this ongoing research headed by Lars Holger Pilø of the Department of Cultural Heritage for the Innlandet County Council, Norway. Pilø referred to the melting ice patches as being “like a time machine” in that “anything that lands on it stays there and is protected.”

Some of the projectiles date to the Neolithic period while the most recent finds are from the 14th century A.D https://t.co/bLEsAHoqt4

Along with the arrows, which range in age from the Middle Ages all the way back to 4,160 BC, archaeologists also found “scaring sticks” dated to 1,000 to 1,7000 years ago. These sticks once had attached flags and were used to scare the reindeer into going certain directions so the hunters could shoot them more effectively. 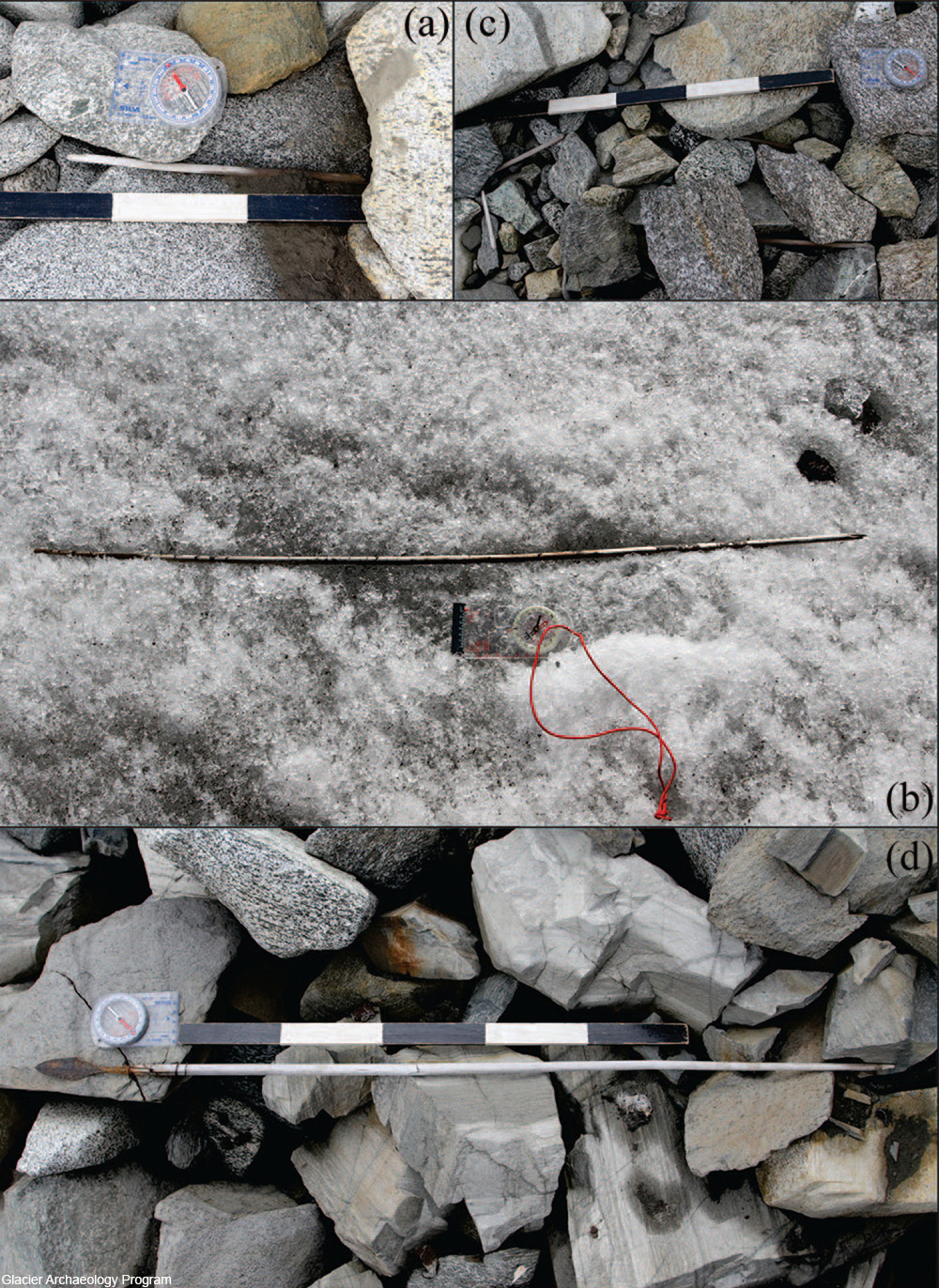 Some of the arrows found at the site. Via/ The Holocene

Previous finds from the ice patch have included a tunic, a Bronze Age leather shoe, many other arrows, and objects from the Viking Age (most notably a mitten and a sword). While the more recent cache of 68 arrows was documented in a research paper published in November fo 2020, ongoing documentation of the artifacts has been publicized through the Secrets of the Ice program which brings to light these fascinating discoveries.