According to Dean Martin and Frank Sinatra, You’ve Either Got or You Haven’t Got Style

In 1964 a colorful musical about a gang of 1920s criminals was released. Robin and the 7 Hoods starred Dean Martin, Frank Sinatra, Bing Crosby, and Sammy Davis, Jr. In the movie you see the men’s fortunes go up and down, but things do seem to work out in the end. There is one scene in particular that’s a real showstopper. In this vignette Martin and Sinatra give Crosby a hard time for the suit he’s wearing. 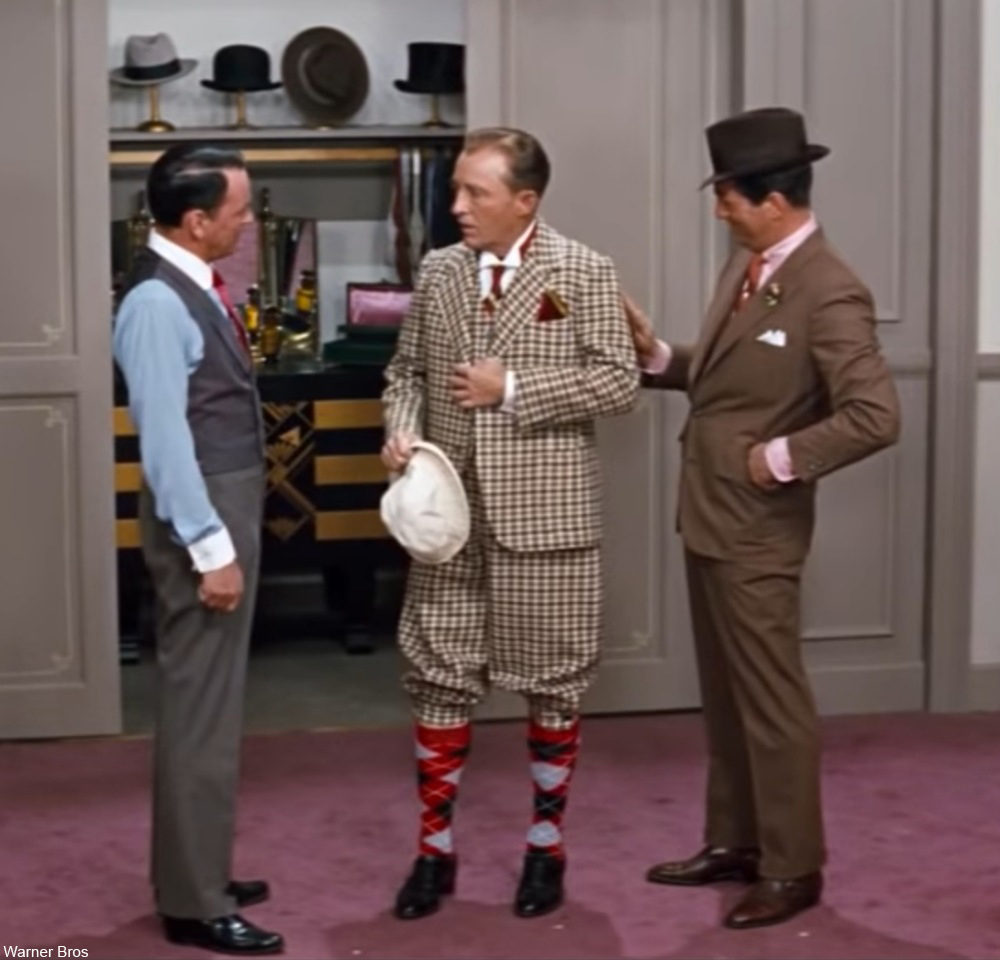 Despite the fact that he’s got on tail suit with gold ascot, they tell him he looks, “like an unmade bed.” Ouch, that had to have hurt. However, the song is incredibly catchy and by the end all three men have changed their outfits to something supposedly more suitable.

It’s so strange to see such formal wear being humorously touted as scruffy, but times were really different back then. See these three legends of the film and music industries perform together in the video below from the Warner Brothers Archive.