This Woman Receives A Haunting Surprise When A Historian Comes To Town!

Life is full of twists and turns. Sometimes the past comes back to us in unexpected ways. In this case the memories that came rushing back into the present are 70 years old. You never know what you will find in an old house’s attic… 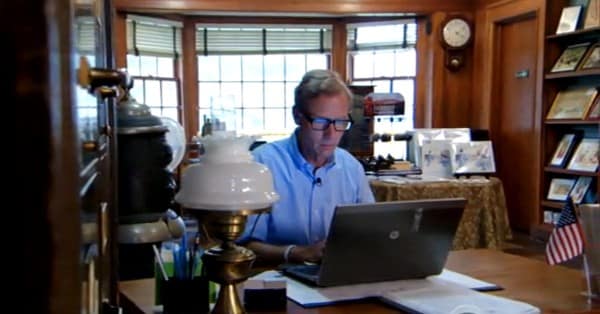 Historian and researcher Boy Poray brings Leona back her love.

If you are a town’s historian you are already of a curious nature, as was the case with Bill Poray, the historian for the town of Fairport, New York. In going through the attic of one of the old homes of Fairport, Mr. Poray found a box with several reels of old home movies in it.

He viewed them and was thrilled that it contained local content. But he was most taken by the young couple in the film. It was obvious that they were in love with one another. Bill Poray was hooked, saying “I loved what I saw. I saw scenes of our community and they were in color!”

There is nothing as powerful or more tender in the memory than thoughts about our first love.

They are rich with the joy of being loved by a another person for the first time and the unexplainable emotions that come over us every time we are in that beloved’s presence. There is nothing more tinged with heart-deep pain than having to part with the beloved at any time, for any reason.

But when you are saying goodbye to the beloved during wartime, that is a special pain.

So it was 70 years ago for Leona Sharp. Way back then she had watched her first love, the man she had fallen in love with in high school (and whom she had married only days before) fly his B-17 over their house in Fairport, NY.  She remembers that he “wiggled his wings” in salute to her and was gone on his way to Europe and the war. She would never see him again. When the beloved does not return, there is a hole left in the heart that can never be filled.

Bill Poray decided to research who this young Fairport couple was; he wanted to know their story. He found out that the man in the film was the Bob Kramer and the woman was Leona Sharp. Poray wanted to go further and to try to see if they were still alive. He realized it would take a miracle because, if they were, they would be in their 90’s by now. He was able to find one address though, which belonged to Leona Sharp. And he followed up on it.

Poray went to her address and knocked on the door. You can imagine what may have gone through his imagination:

Would this really be the Leona Sharp that was in the films he had found?

If it was, would she be able to remember, or even be interested? As serendipitous things like this go, the 96 year old woman who answered the door was indeed the real Leona.

And, yes, she remembered. 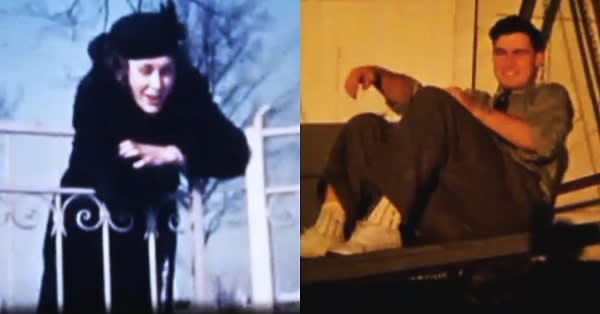 She still had their wedding picture and showed it proudly to Mr. Poray once she let him in. Leona had married again. Life is like that too. That husband was also gone now. But it is clear that her first love, Bob Kramer, had never faded from either her heart or her memory. When Bill Poray played the films for her, you could tell that her love for Bob Kramer still remained, deeply rooted in her heart and her memories.

Love is the deepest emotion we share with one another. It is greater than us.

When the love is true there is a quality of immortality to it. It transcends the usual limits of time and space. This little story, with its poignant elements of love and loss, war and the living on that those left behind must do, brings the mystery of love before our very eyes again.

Leona Sharp had experienced that kind of love with Bob Kramer. They had the unfortunate experience of falling in love in a time of war. It is a sad fact, but there are too many lives that share this same story line. Bob Kramer and Leona Sharp’s love for one another was full of all the glory that comes with youthful hopes and dreams. 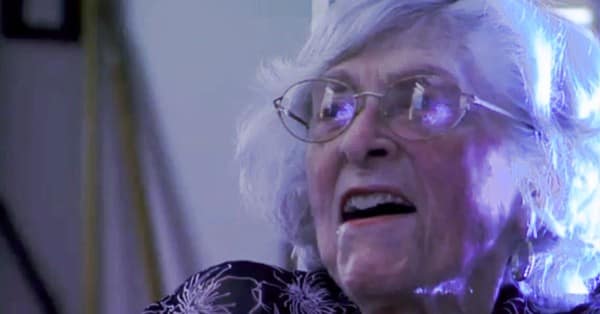 War changed everything and Leona had to go on with that empty space in her heart for another 7 decades. But Bob would return to her again in this almost magical way.

She would see him again just as she had remembered him; young, strong, his eyes bright with the joy of their youthful love. Looking at her face as she watched those old home movies, you can see that the love of those magical days is still very much alive. What a gift.

We here at The Veterans Site want to share this lovely story with our readers. If you are like us, you too will be taken by it. Life is difficult and war is hell, but there is one other aphorism that is well remembered here too: “Love conquers all.” We all hope and pray that one day humanity might finally wake up to this truth and that the eternal human desire for no more war might finally be within reach.