The Hunt For A Centuries-Old Treasure Leads To Quite The Discovery On The Bottom Of Lake Michigan.

When it comes to tales of lost treasure, it doesn’t get much more sensational than this. Legend has it that 2 million dollars worth of Confederate gold that disappeared after the Civil War is at the bottom of Lake Michigan. The story has been handed down from generation to generation, and sounds like something straight out of a movie. In the late 1800s, a boxcar containing gold bullion was allegedly pushed off a ferry to save the ship from sinking during a bad storm. 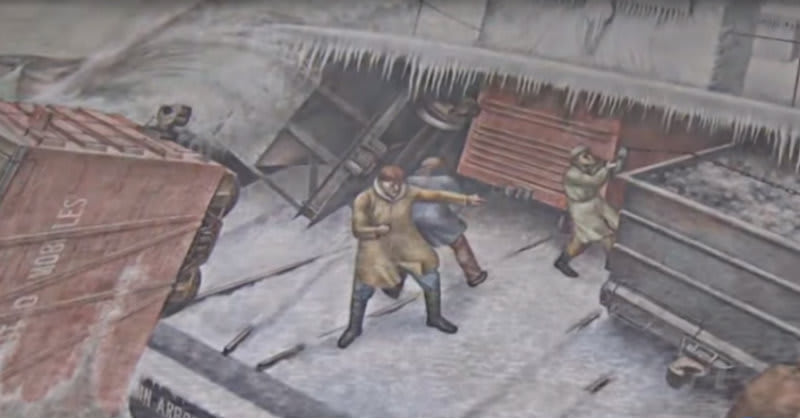 The origin of the Confederate Gold Treasure is largely based off speculation, but you can judge it for yourself. Allegedly, Confederate president Jefferson Davis took a sizable amount of gold and jewelry with him when he fled Richmond in 1865. When Davis was captured by the Michigan Fourth Cavalry, much of the treasure was unaccounted for. Some believe that the treasure was taken by members of the Michigan Fourth Cavalry, and eventually retrieved by Robert H.G. Minty, a Brigadier General. Minty went on to work as a railroad superintendent after the war, which the treasure hunters believe gives credence to the boxcar tale (you can read more about the origin of the Confederate Gold Treasure here).

Fast Forward to April of this year. Two treasure hunters pursuing this tall tale were out on an expedition just off the coast of Frankfort, when they noticed something intriguing on their radar. After further exploration, they realized they had found something quite incredible: the remains of the French ship, Le Griffon, the first ship to sail the Great Lakes! See how this discovery is connected to the Confederate Gold Treasure, and learn more about the discovered shipwreck in the following video, and let us know: do you believe in this tale of treasure?