Following centuries of claims from people saying they’d seen the Loch Ness monster, researchers are now claiming to have possibly found an explanation for the mysterious Nessie – and it’s a biological one too, comes from the hundreds of samples taken from the waters of the highland loch.

Professor Neil Gemmell was the lead researcher on the team which established a detailed list of all the living creatures within the waters of the loch, by identifying tiny genetic remnants that were left in the water. 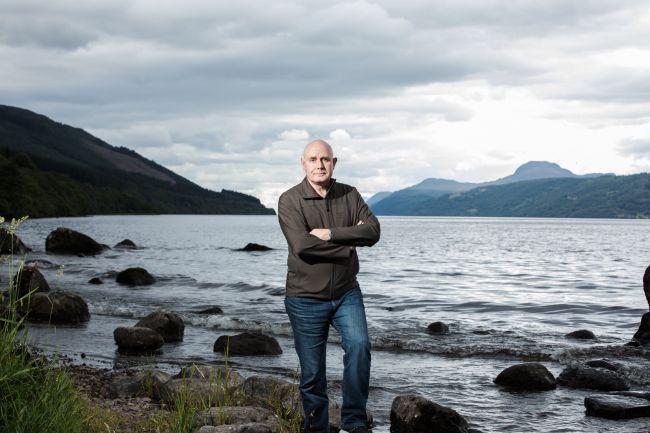 This is made possible as all life that lives in the waters leaves behind tiny traces of DNA through their skin, scales, feathers, fur, feces, and urine – and that can, in turn, identify the creature.

Professor Gemmell spoke at a conference on the 5th of September, where he explained how they stumbled upon one type of DNA over and over in the 226-meter deep lake.

As per Metro, Professor Gemmell said, “We found large amounts of eel DNA in the Loch Ness, every single site we went to had eels. The sheer volume was a bit of a surprise. Is it possible there’s a giant eel? Maybe. We don’t know if the DNA is gigantic or just many small eels. They normally grow to four to six meters in length, and people say they’re observing something much larger than that.” 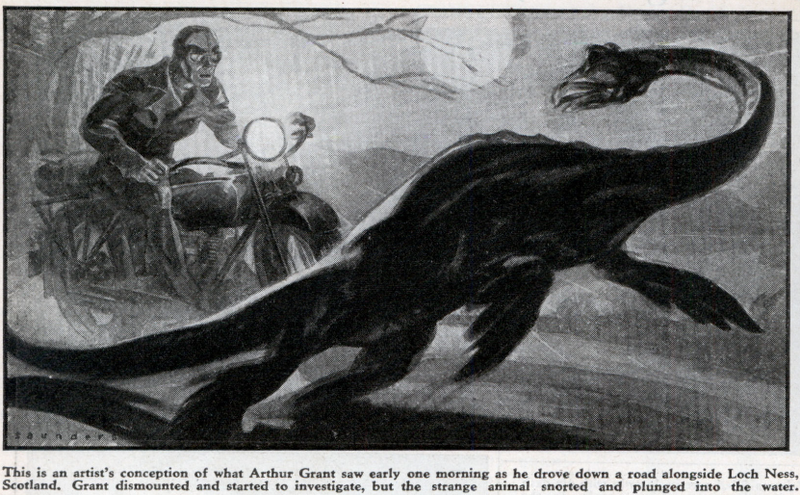 Out of 250 water samples, the scientists managed to gain and process 500 million DNA sequences – which, when examined, they were able to determine what creatures are living beneath the surface.

Gemmell, who is from the University of Otago in New Zealand, added that “There are eels, and there is a plausible way eel could grow bigger than normal. It’s plausible that there might be one or two that grow to extreme size – maybe 50 percent or more, maybe bigger than that ‘Our data doesn’t reveal their size, but the sheer quantity of the material says that we can’t discount the possibility that there may be giant eels in Loch Ness. Therefore, we can’t discount the possibility that what people see and believe is the Loch Ness Monster might be a giant eel.” 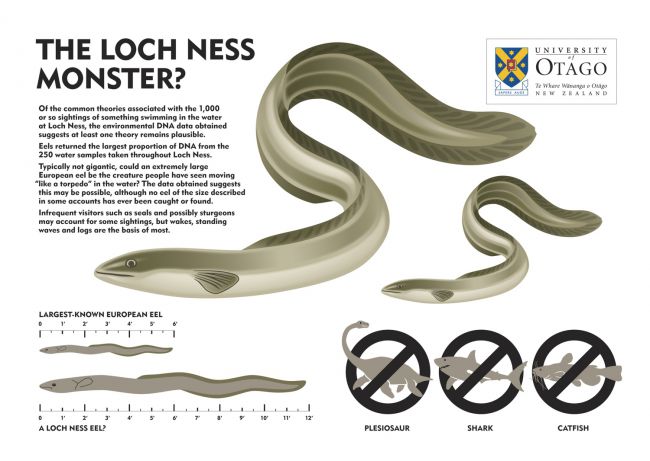 According to Gemmell, there is a video filmed by Gordon Holmes in 2007 that shows a four-meter torpedo-like shape swimming on the loch’s surface. It would appear to support the idea that the Loch Ness monster could, in fact, be a giant eel.

Gemmell continued, “Divers have claimed that they’ve seen eels that are as thick as their legs in the loch, whether they’re exaggerating or not – I don’t know – but there is a possibility that there are very large eels present in the loch. Whether they are as big as around 4m as some of these sightings suggest – well, as a geneticist I think about mutations and natural variation a lot, and while an eel that big would be well outside the normal range, it seems not impossible that something could grow to such unusual size.”

Since 1933, the Iverness Courier has reported that there have been more than 1,000 sightings of the mythical creature.