Elizabeth Taylor was once regarded as the most beautiful woman in the world. Her violet eyes and dark hair set her apart from many of the blonde bombshells of the 1950s and 1960s. Her acting skills also made her world famous, as did her chronic illness. But, over the years Taylor also became known for her line of perfumes and her growing collection of fine jewelry. By the time she passed away in 2011, Taylor had amassed one of the richest private collections of diamonds and gems in the world. 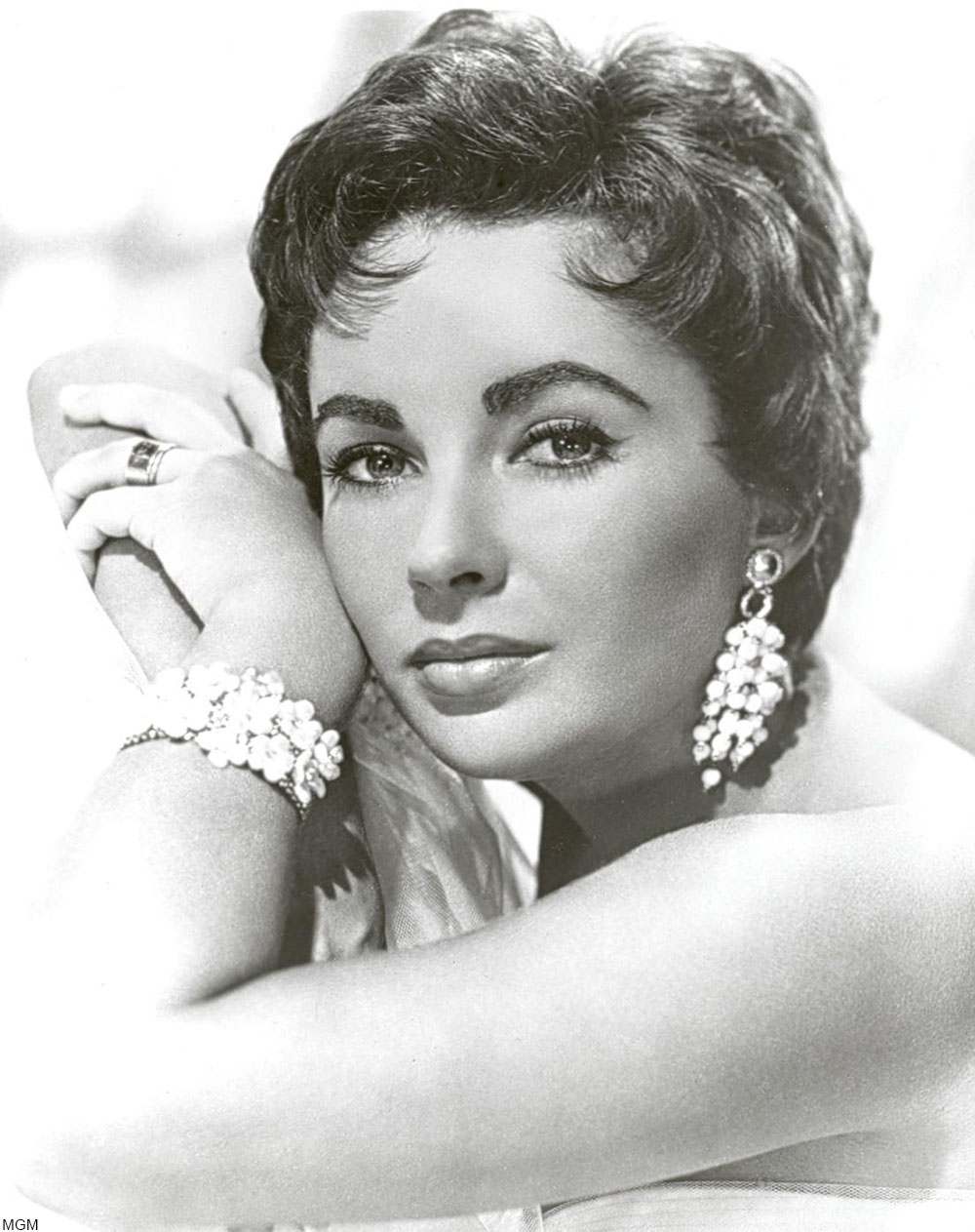 Many have often wondered what compelled Taylor to collect such a vast quantity of jewelry over the years. The answer might just come down her love life.

Taylor’s third husband, Hollywood producer, Mike Todd, would spoil her with expensive gifts of jewelry. Taylor had always had an affinity for costume jewelry, but it was these gifts that really ignited in her a passion for wearing the most glamorous of gems. 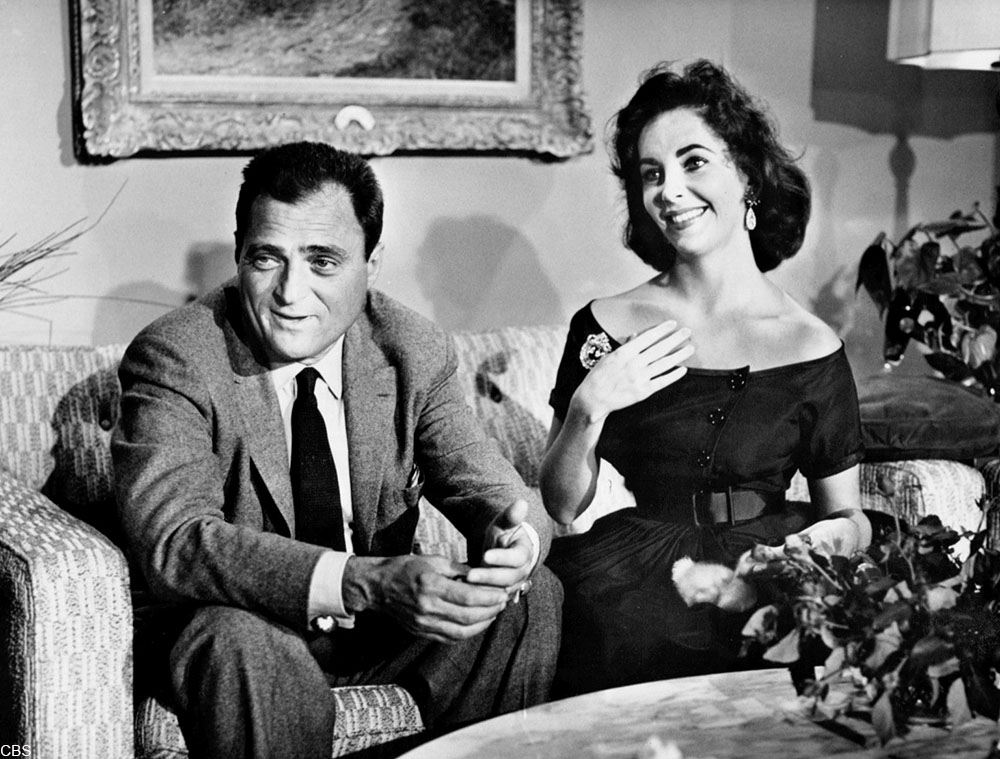 Taylor and Todd together for the anniversary special of Around the World in 80 Days, which Todd produced. Via/ Wiki Commons

When Todd died suddenly in a plane accident after only a year of marriage, Taylor was absolutely heartbroken. And, she never ever forgot those jewelry gifts. In an interview about her life and her gems many years later with Barbara Walters she would state that she felt “so loved and protected” with Todd and that “his legacy to me was love”. She clearly had a very deep affection for him that she would never forget. 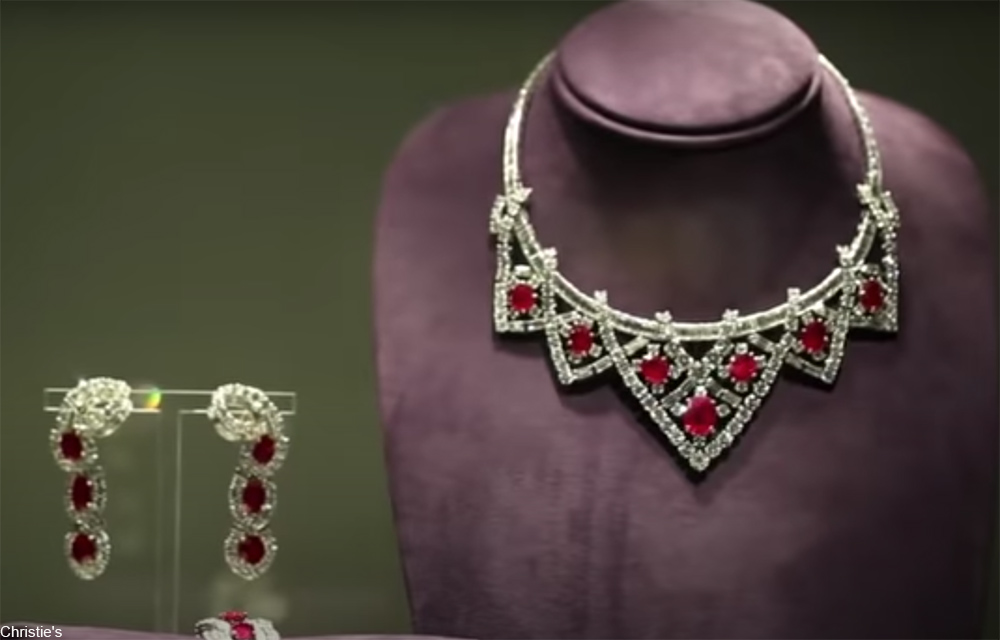 Ruby and diamond necklace and earrings given to Taylor by Todd. Via/ YouTube

From then on she collected precious gemstone jewelry and for the rest of her life would buy herself jewelry as gifts from Liz to Liz. Her marriage to Richard Burton, her fifth overall, was also filled with gems. He lavished Taylor with gifts of jewelry, but the two also had pieces custom made for her at the finest jewelry houses of the world, like Bulgari and Cartier. 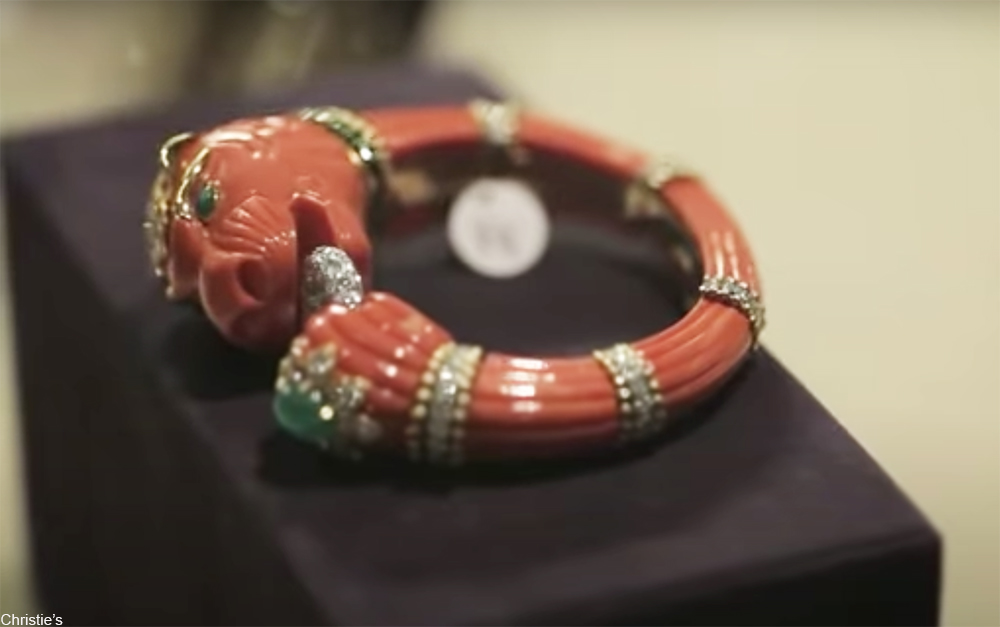 Coral, diamond, and emerald bracelet by David Webb. Via/ YouTube

Amongst her massive collection were a number of very rare pieces, like the Krupp Diamond, which was owned by a German family that was an arms manufacturer for the Nazi party. However, in Liz’s ownership the massive 33.19 carat ring became known as the Elizabeth Taylor Diamond. She often posed for the media wearing this ring and also championed her acquaintances to try it on for fun. 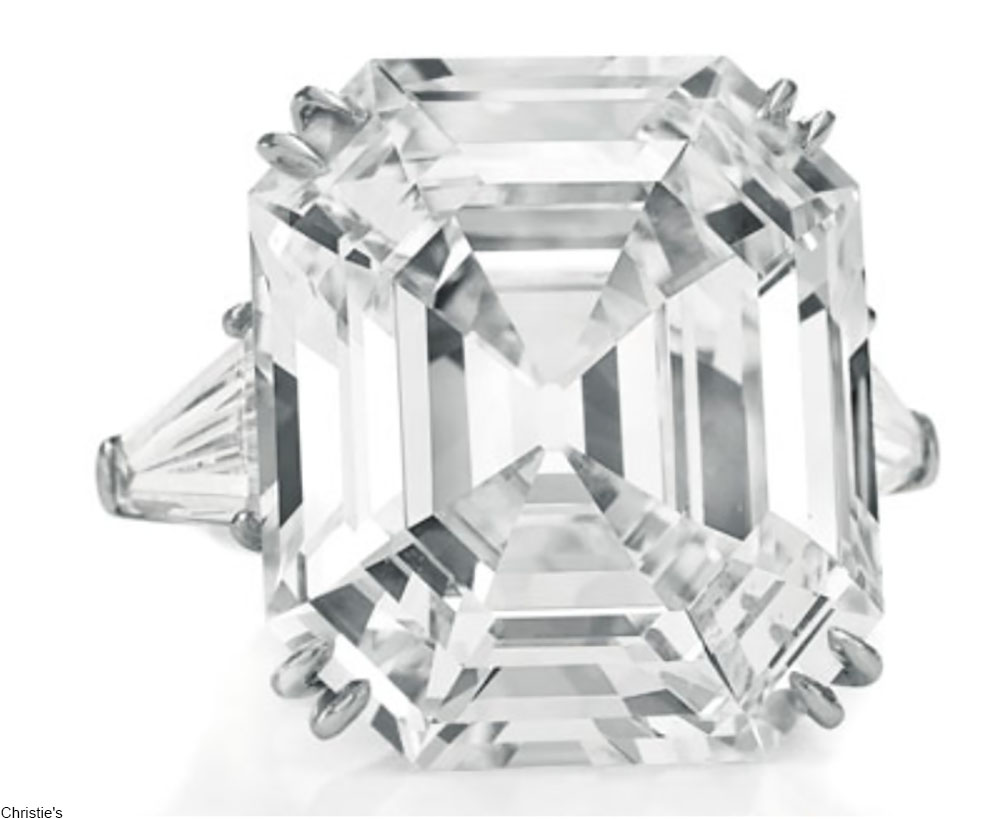 The Elizabeth Taylor Dimond. Via/ Christie’s

Taylor and Burton had a large natural pearl that was once worn by Mary Tudor, also known as Queen Mary I, made into a custom piece. The couple had the pearl set by Cartier in a stunning necklace of pearls, rubies, and diamonds that would have made even a queen jealous. 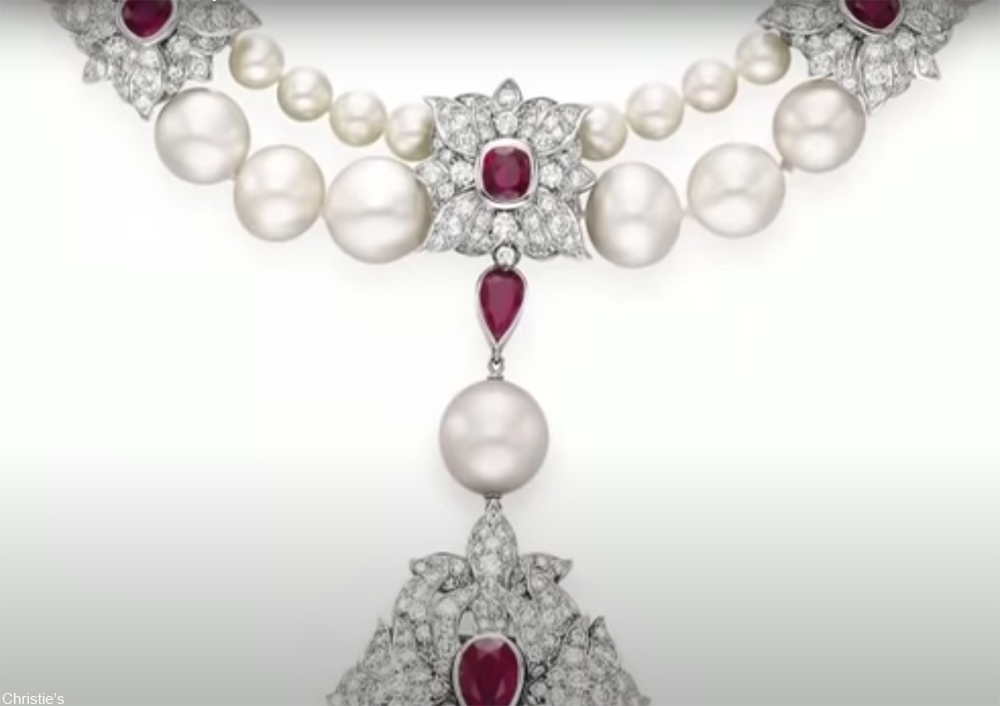 Ruby, diamond, and pearl necklace that features a huge pearl once worn by Mary Tudor (and later by Liz Taylor). Via/ YouTube

In December of 2011 the Elizabeth Taylor collection of jewels sold at auction from Christie’s for a staggering $115.9M, but her clothing and other artifacts were also auctioned off. You can see some of these glittering gems in the video from the auction house below. They truly are stunning.