Left-Handed Viking’s Sword From 12,000 Years Ago Found In Norway

When you find something old buried in the ground, it is usually something interesting. If it happens to be an ancient Viking sword that you find in central Norway, however, you might call that an incredible find. According to a report from Gizmodo, they were able to unearth the weapon from the left side of the grave. What does this tell us? Perhaps the Viking was left-handed!

The item was uncovered by archaeologists working with the Norwegian University of Science and Technology (NTNU). During the 9th and 10th centuries, it is thought that the area was a Viking farm. Highway E39 is being expanded, and they are excavating the area to make room for it. The land has a rich agricultural history and was a burial site.

A ring ditch surrounding a burial mound of a Viking warrior was where this sword was found. There were also other swords found in the area. According to the configuration, the Viking was likely a man of importance. Two other graves are overlapped by his grave, and they aren’t really sure why the bodies were so close to each other. Archaeologists theorize that it may have been relatives of the Viking and the burial may be symbolic of familial relationships carried on into the spiritual realm. 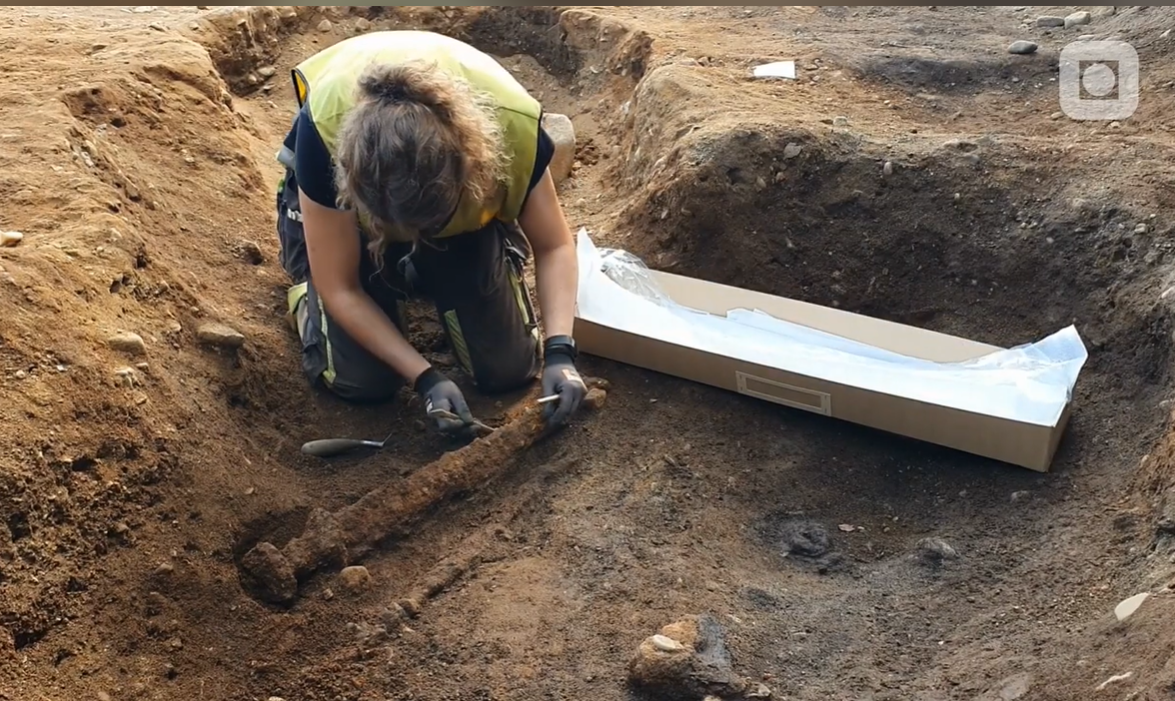 Astrid Kviseth is an archaeologist with the University. She talked about the sword being very heavy. Since it was found on the left side of the grave, which is not common for a Viking burial, it may have meant that he was left-handed. Typically, Vikings will have their weapons on the right side when they are buried. The reversed configuration of the swords may signify the belief that a mirror image afterlife was expected. The Vinjeøra Viking grave with the sword on the left side of the body is highly unusual.

There was a lot of corrosion on the heavy sword so there weren’t many details. Researchers with NTNU are going to use an x-ray machine for further analysis.