On Antiques Roadshow back in 2009 a highly embellished doctor’s bag from the 1800s was brought in for appraisal. The beautiful bag symbolizes the combination of Native American culture with that of the settlers. The bag was made in the days when doctors made house calls and carried with them only a few tools. They might have on them a stethoscope, a small surgery kit, some painkillers, a few ointments and pills, and some bandages in their trusty bags- not much by today’s standards. 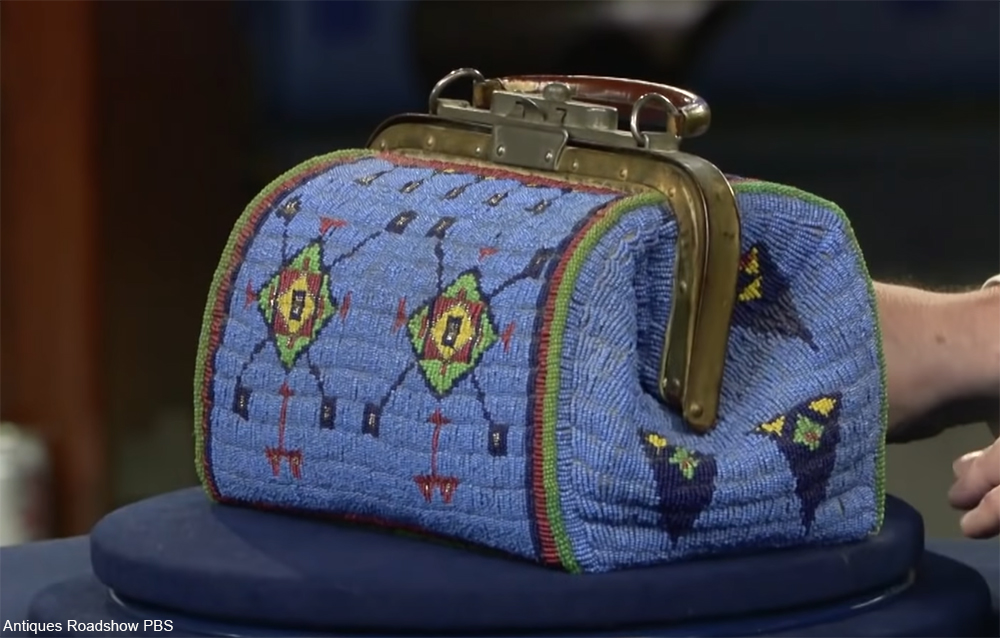 This bag is embroidered with glass and metal beads all over, attached not with thread but instead using sinew- a more traditional material for Native Americans of the Great Plains to use during the period. The use of cut metal beads places the bag in the late 1880s since that type of bead wasn’t widely available before then. Unlike other bags of this type blue beads make up the background of the bag instead of white.

The bag’s owner is the son of parents with some Native American ancestry that once ran a small museum of artifacts in the Black Hills. Locals would bring objects to the museum so that they could be enjoyed and preserved for future generations. Growing up these storied pieces of American history were “commonplace” in their home, though they are rare in the world of antiques.

Watch the video below to see what this unique item was appraised for!