Mexico’s ‘Island Of The Dolls’ Has A Creepy History

It’s officially October, which means it is the month of all things spooky. So if you’re looking for something haunted and Halloween-y to do, what would be better than a trip the Island of the Dolls in Mexico.

This spooky place is surrounded by a dark and mysterious past. Over the years, rumors have spread about it being cursed or inhabited by phantoms or darker things. So, if you’re a bit easily scared by supernatural things, you may want to read this with the lights on because I’m about to give you the haunted history of La Isla de las Muñecas, or as it is called in English, the Island of the Dolls.

The dark origin story behind this abandoned island covered with decaying old dolls strung up on trees is pretty creepy and is connected to the story of Don Julian Santana Barrera. Don Julian was a native of Xochimilco – which is located just south of Mexico City on the remnants of the Aztec canals. Xochimilco itself a lovely place, very vibrant, and has been called the “Venice of Mexico” by some. However, amongst those beautiful waterways, there is a darker side. And that seems to be what Don Julian found. Don Julian left his wife and family in order to live like a recluse on an island in Teshuilo Lake, sometime in the mid-20th century. His reasons for this are not very clear, but it does seem like Don Julian was not in the best mental health state. 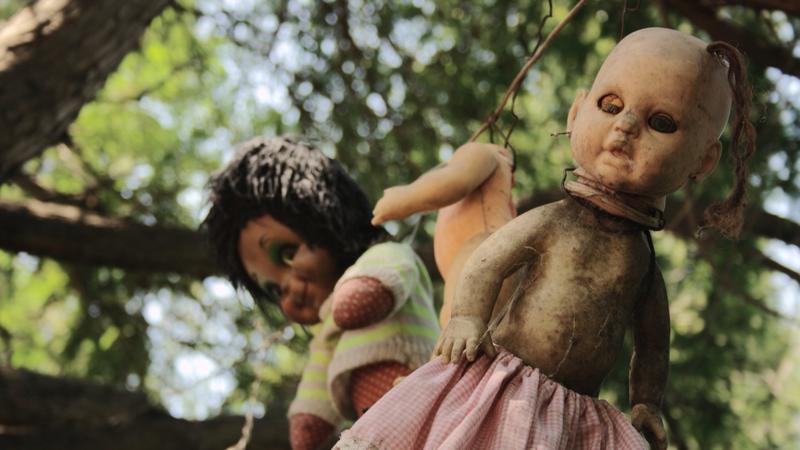 Shortly after relocating to his island, he made a chilling discovery on the shore: the drowned body of a little girl. Not long after this incident, Don Julian saw a doll floating down the canals. And that seemed to cause a snap inside Don Julian, and it ended up causing the island to become what it is today.

Since he was living on the island alone, Don Julian took the doll, hanging it on a tree as a way to appease the spirit of the deceased little girl. However, that one doll would not be enough. Following the next 50 years, Don Julian would be known to scrounge and rescue dolls from the trash in the canals and hang them up in the trees across the island. Some of the dolls that he’d find were in various states of disrepair, and sometimes it would be only bits of a doll – headless dolls, limbless dolls, dolls with missing eyes, all the kinds of dolls that would give you nightmares.

While his actions didn’t sound like those of a sane person, they did give rise to the legend. But the biggest question that it raised, was whether or not the death of the little girl was real. There were many – including Don Julian’s own family members – who believed that he either imagined it or made it up. Regardless of the truth, Don Julian devoted his life to appease the “deceased” girl’s spirit. But the scariest part of this story is how the end of his life ties directly to the story of the drowned girl.

Don Julian passes away in 2001. And you can probably guess where his body was discovered – drowned in the canal, exactly where he always claimed to have found the body of the little girl. 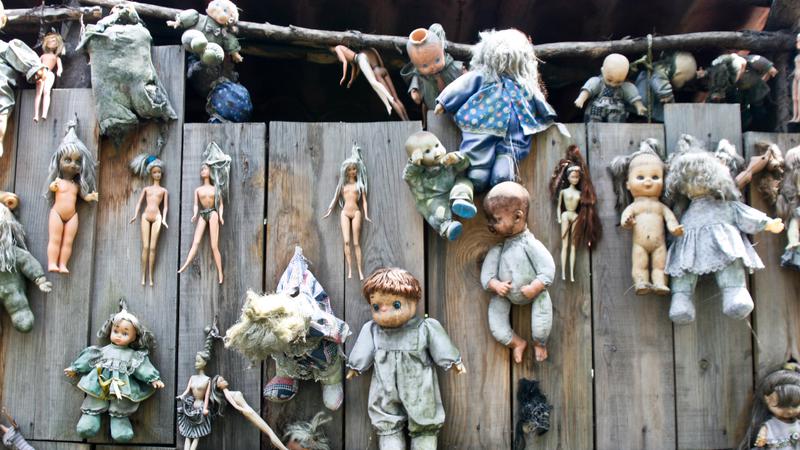 As a response to the story of Don Julian, tourists began to arrive at the island either as a way to pay tribute or out of curiosity. People brought dolls of their own, and the collection grew. To this day, people continue the tradition of stringing up dolls in the trees in order to honor Don Julian and the girl’s ghost – whether or not she actually existed or not.

If you are feeling brave enough, you can do so too. There are many ferries that will bring you there. So if you find yourself in Xochimilco this Halloween season, this macabre island is a must-see for any fans of the supernatural and creepy.