Drone footage of this amazing and decrepit castle in France shows Mother Nature slowly taking over any place she can! Trees grow from the center of the building, while vines cover the outside. This castle, incredibly, was actually restored in the 1930s after centuries of damage and ruin had taken their toll on this landmark about 200 miles west of Paris. 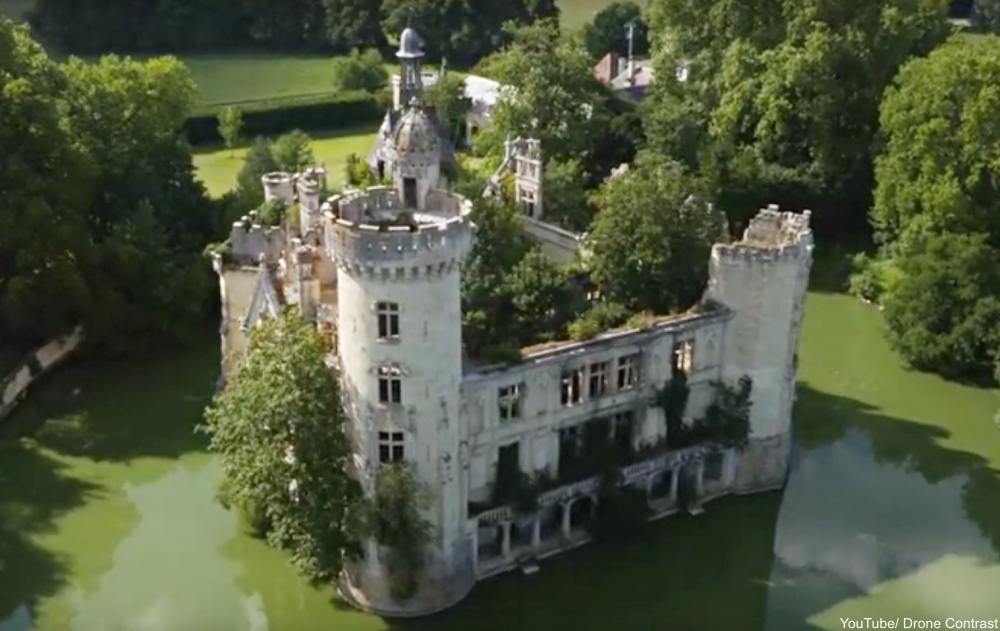 Sadly, the castle was hit by fire shortly after the renovation and now sits crumbling into its own mote. The chapel was one of the few areas that were not badly damaged in the fire, hence why the stained glass windows are still intact.

The footage below reveals what we would not see from a distance or once inside; the spectacular fading beauty of this once magnificent French castle. Recently the castle was purchased collectively by 7,400 strangers in what is the first crowd-sourced property ownership project ever. Thousands were willing to put their money their their mouths are to hopefully save this masterpiece from total and utter ruin!

If you enjoyed this then click the “Next Page” button for some of our very favorite house tours!