At a time when medical science was just beginning to become the methodical discipline of the modern era, Guillaume-Benjamin-Amand Duchenne de Boulogne, a doctor who lived in Boulogne and Paris during the mid-1800s, began performing some unusual medical experiments.

Duchenne de Boulogne was curious as to the outcomes electricity could have on tissue and muscle, having studied various nerve disorders. He used electricity to force the muscles of the human face into contorted positions, such as surprised or terrified expressions and the resulting photographs are somewhat revolting. 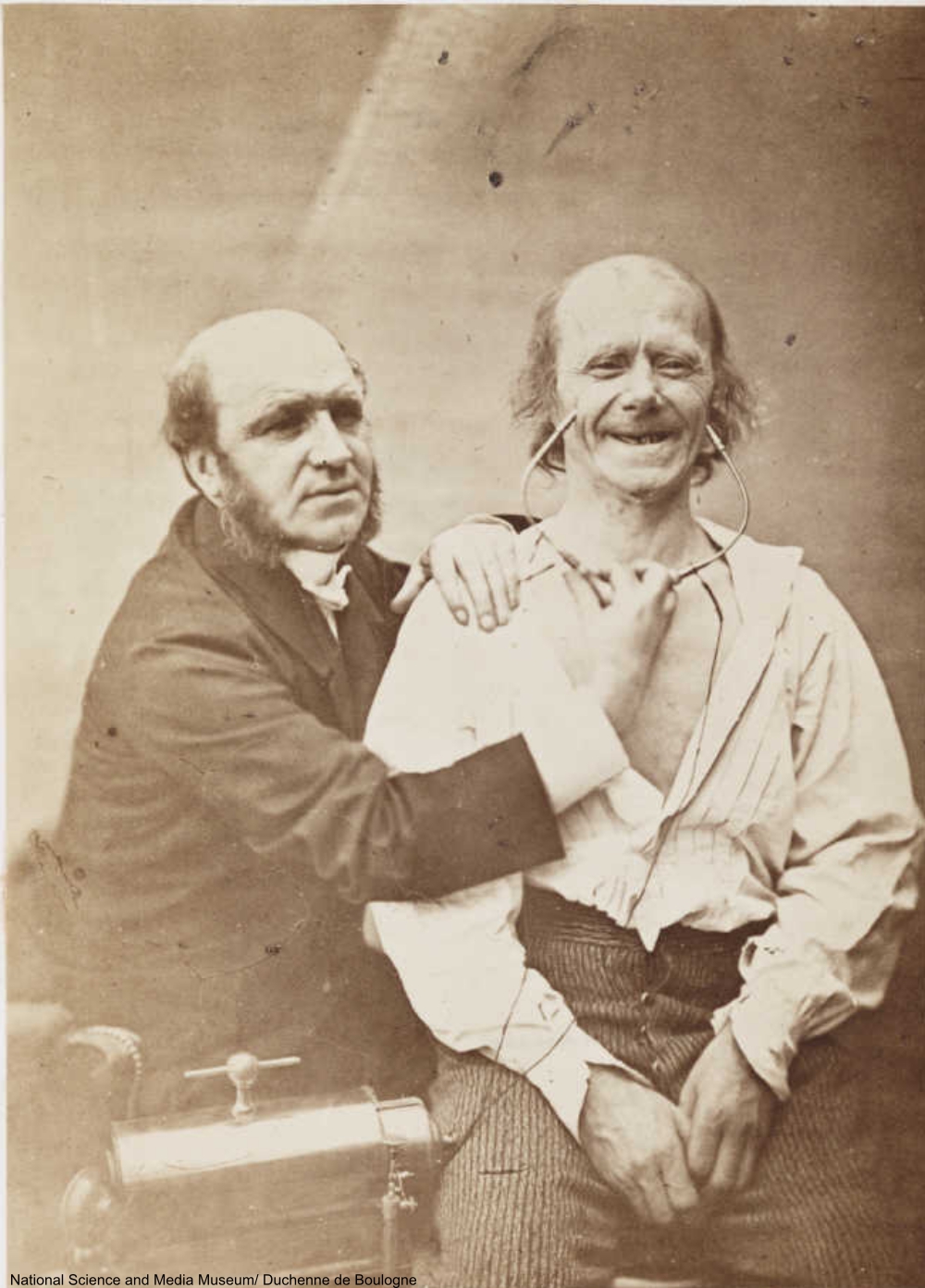 Duchenne de Boulogne with one of his subjects. Via/ Flickr

Duchenne de Boulogne began using electricity in his experiments in the 1830s, sticking painful electrified needles under the skin of his subjects. By the 1850s Duchenne de Boulogne had begun using surface electrodes which were much less painful, though you wouldn’t know it from the photographs. 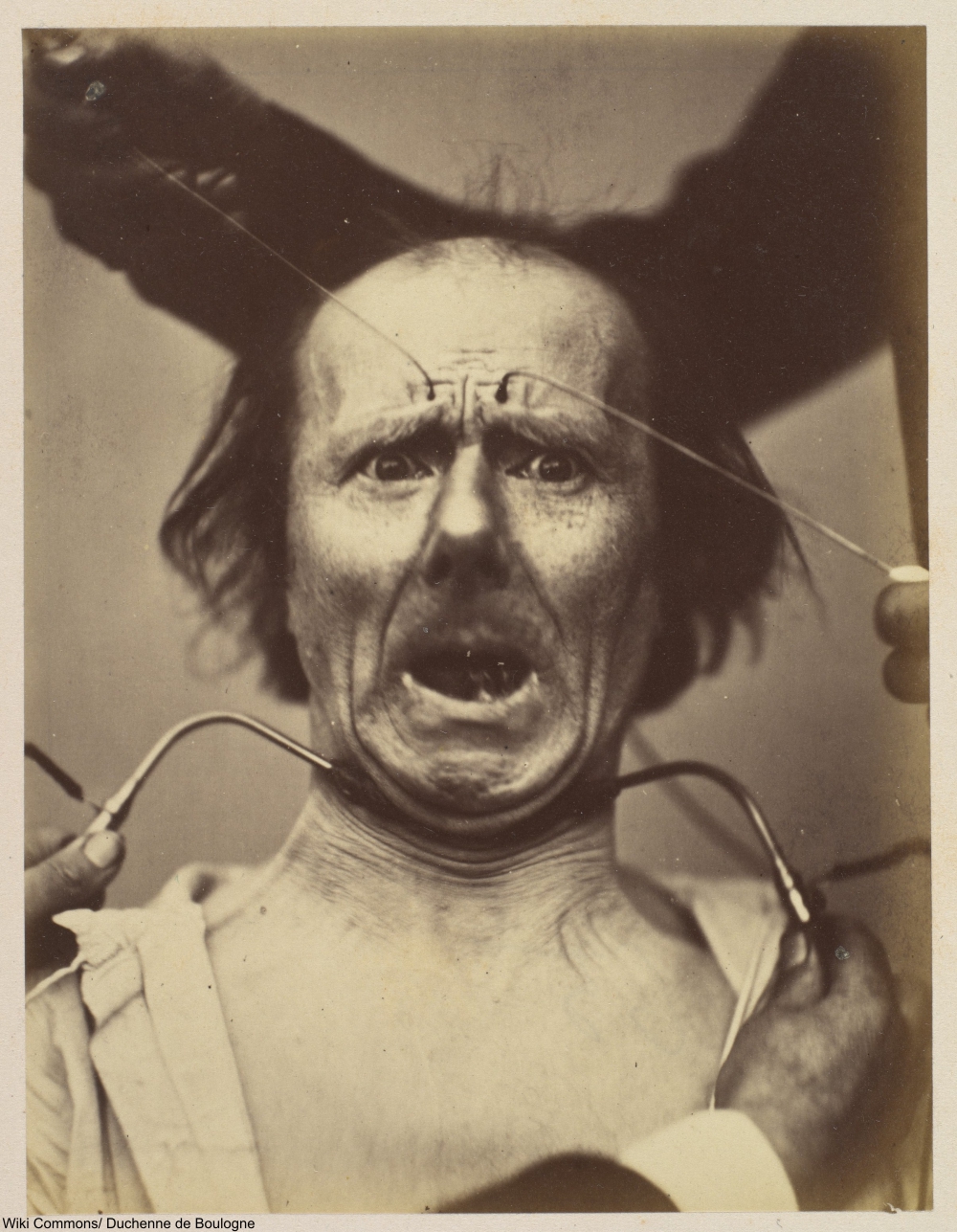 The new art of photography promised to capture these feats for all the world, a novel idea in those days. The resulting photographs show revolting expressions from a human experiment that went exactly to plan and, as far as we know, led the subjects to no harm since the muscles were only electrified at the surface level. 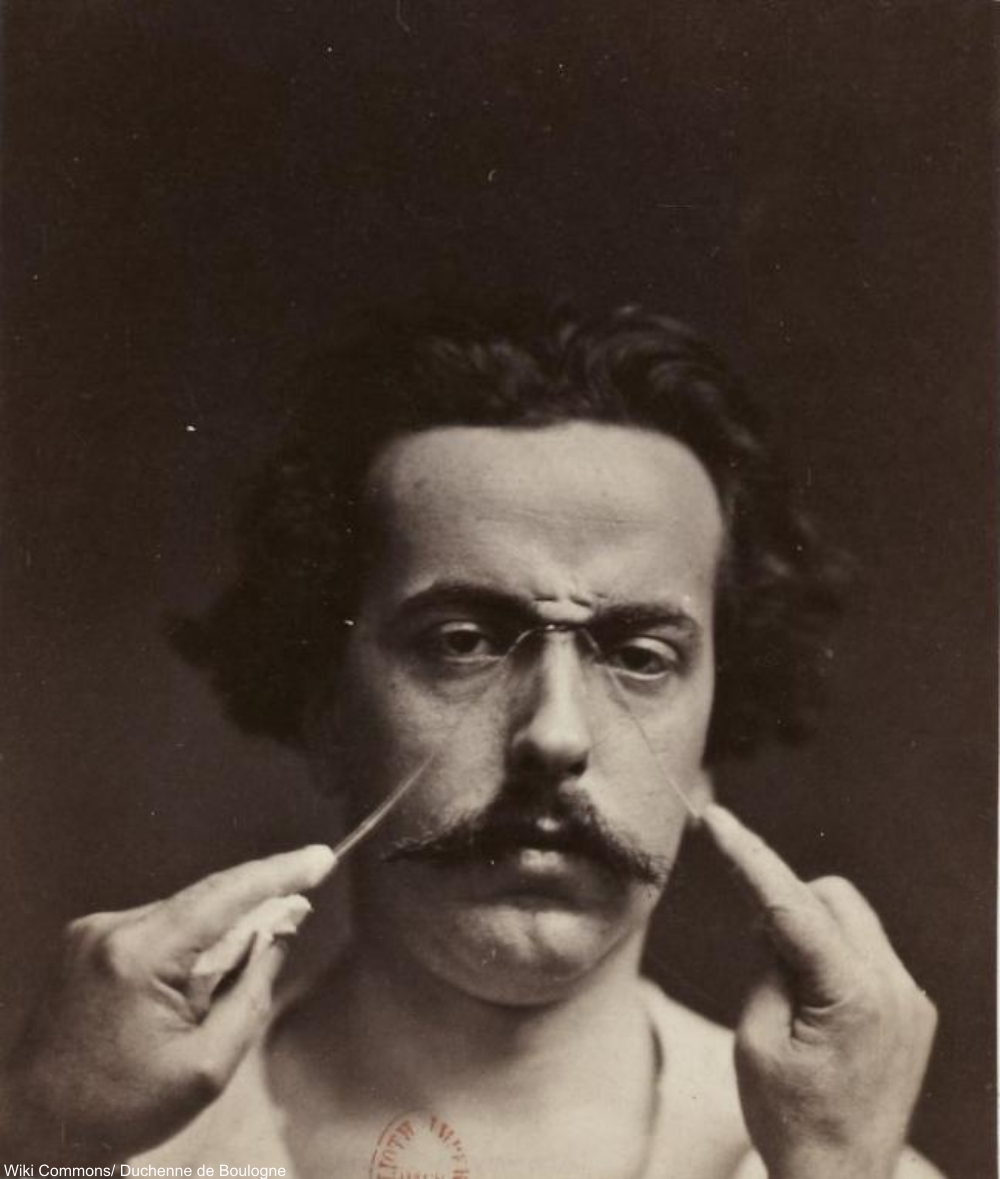 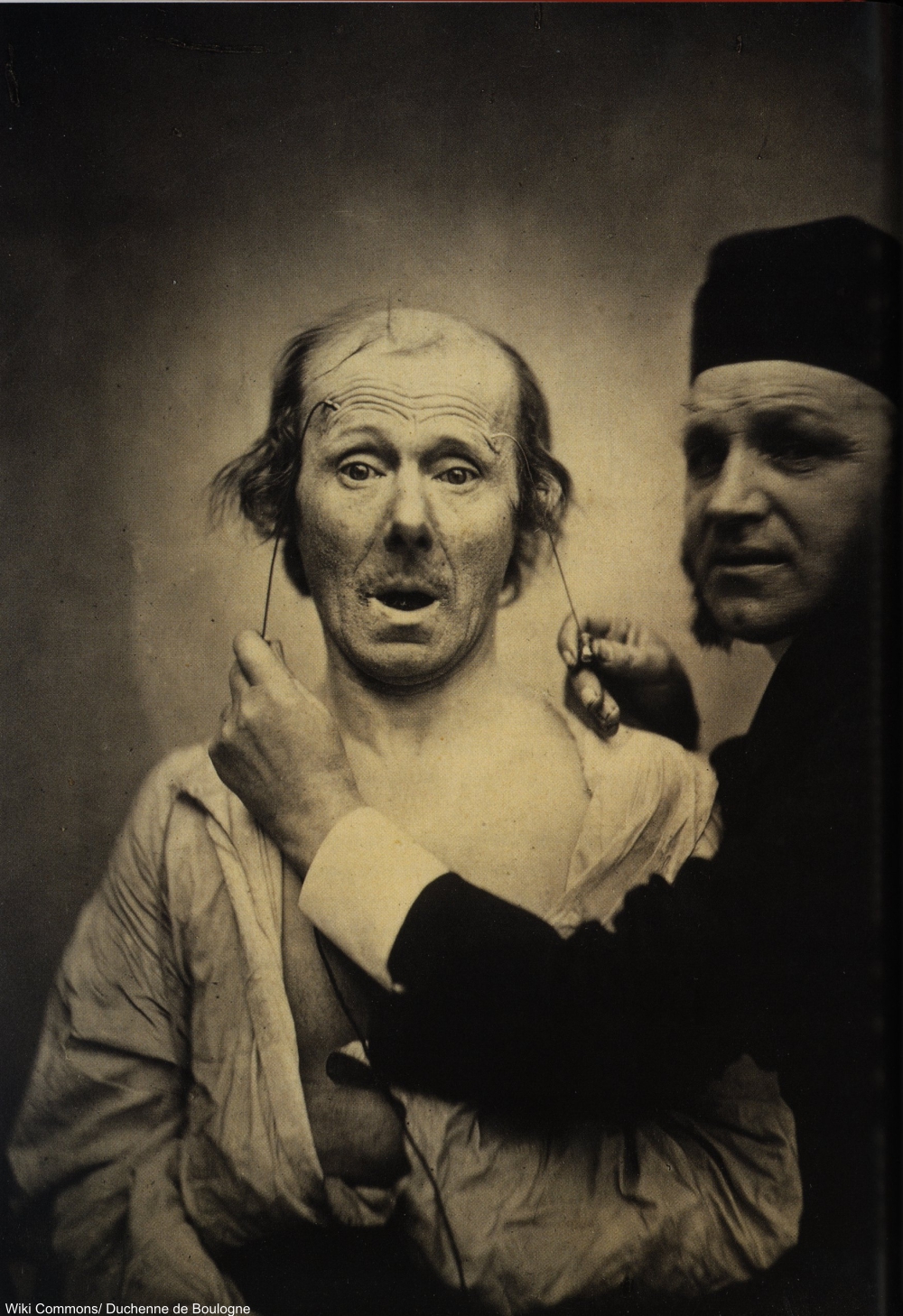 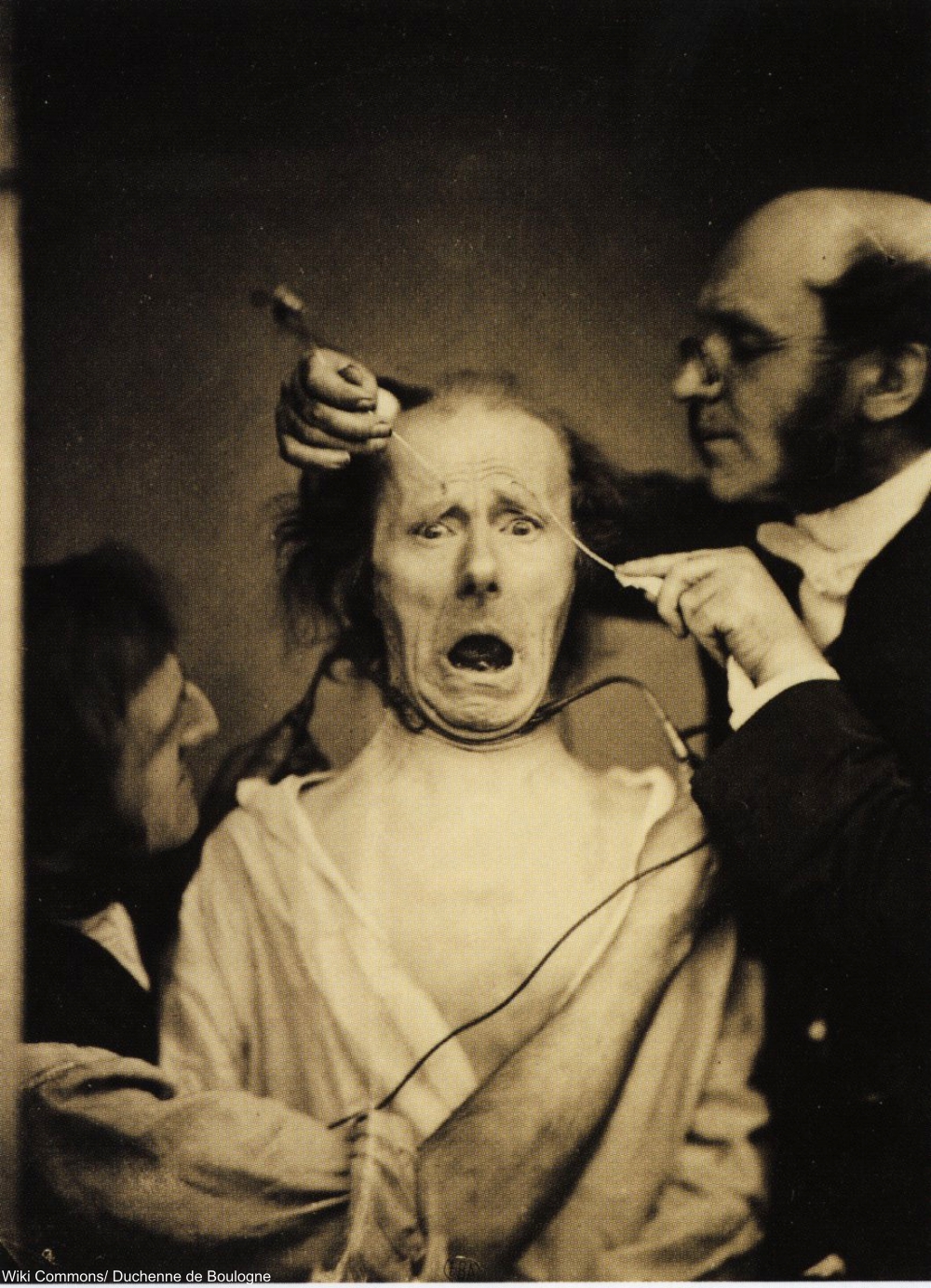 Duchenne de Boulogne’s experiments were the forerunners to electroshock therapy and proved that human muscular movement was controlled by electrical impulses. Duchenne de Boulogne also helped to create the concept of the biopsy as well, and he created the first tool for subcutaneous tissue sampling known as the histological harpoon. 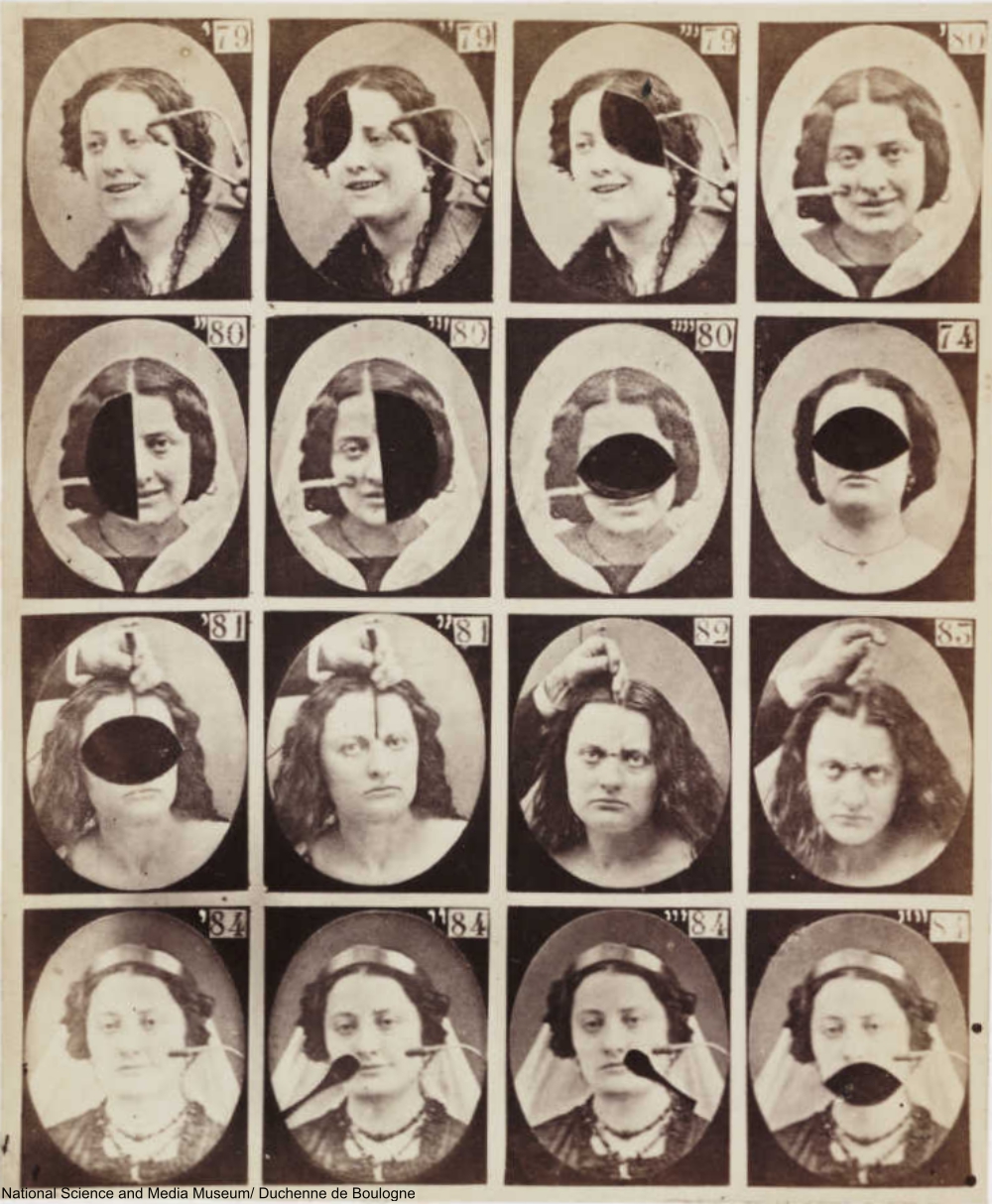 Duchenne de Boulogne’s photos showed how the 2 sides of the face could be controlled independently. Via/ Flickr 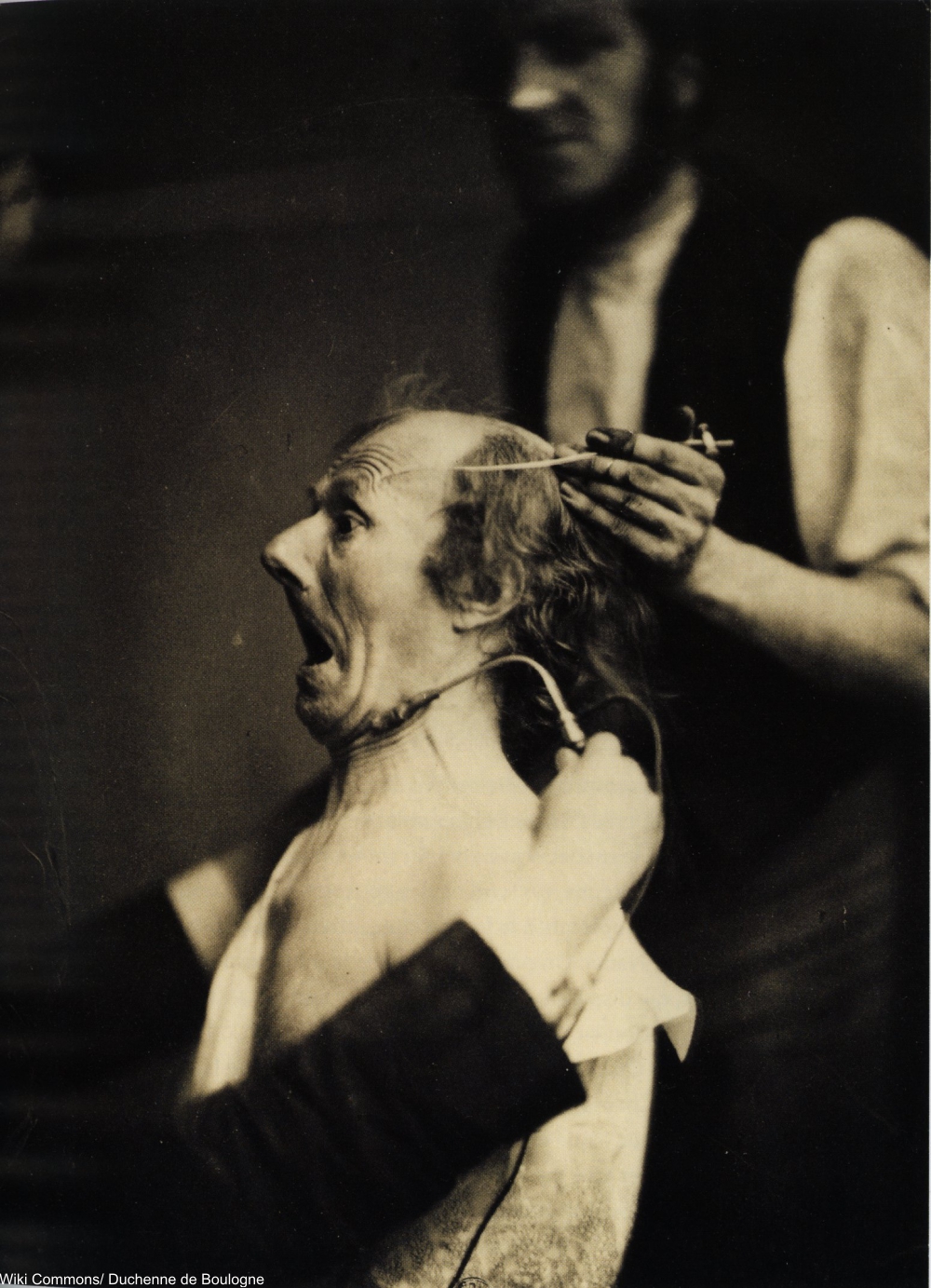 The photos might look very gruesome, but they were cutting edge at the time. Duchenne de Boulogne is known today as a visionary of medical research, and his research photographs were some of the first to be seen as legitimate medical resources.

Click “Next Page” for a look at some creepy miniature murder dioramas from the 1940s!