Hand sanitizer — you’re either stocked up or anxious because you don’t have enough. Due to the panic surrounding the coronavirus, it’s become harder to find in stores.

Worse, stories are coming out left and right about sanitizer hoarders who are trying to sell their supply at unreasonable costs. All of the headlines might inspire you to make homemade hand sanitizer. It’s crafty and healthy, right?

I checked it out, and the recipes online seemed easy enough. Sources state that all you need is isopropyl alcohol, aloe vera gel, and some essential oils. Since I’m still a little hesitant to fully get on the essential oils train, I learned that lemon juice was also a great alternative.

With a sense of determination, I ordered the supplies I needed from Amazon.

And then, the aloe vera gel never showed up. I don’t know if it ever will.

While I usually (silently) curse out Amazon due to failed deliveries or ridiculous windows on Prime items, I understood what the holdup was. The whole world is essentially shut down right now, and things are getting worse by the day. So I did what I felt like I had to — I went to Home Depot and bought aloe plants to finish my project.

Even while going in, I had a feeling that I didn’t belong. Every cough I heard was magnified. What was once a common background noise was suddenly an urgent alarm telling me to get out. “I shouldn’t be here,” my brain kept telling me.

Rest assured, the aloe plants were likely the last purchase I’d make before locking down. I’m currently in Maryland, and our governor is taking the threat pretty seriously. The one gripe is, this alternative didn’t really work as planned. 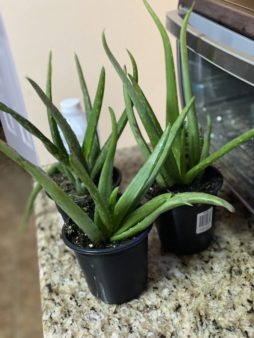 I’d like to consider myself to be a crafty person. But a decent baker I am not. I used a “recipe” found on Healthline that seemed simple enough. All I needed were the ingredients set above, in different ratios. The first was 3/4 cup of isopropyl or rubbing alcohol. The second was 1/4 cup of aloe vera gel. “Easy,” I said to myself. With plants in view, I had a dream.

And then I squashed that dream when I realized that not all rubbing alcohol is created equally. The kind I got wasn’t the worst, but usually, recipes call for 91% or 99% rubbing alcohol. Mine was in the 70s — and anything higher was out of stock around me. Even vodka and high-proof liquors are becoming scarce. Strike two. 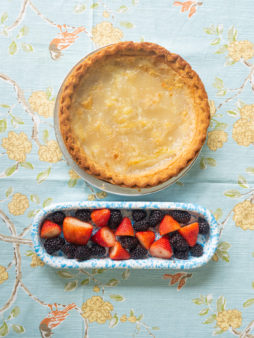 Strike three wasn’t far behind. Friends, let me tell you something. Getting gel out of a plant and into a measuring cup is really hard, especially when there’s dirt and plant debris involved. Despite having had aloe plants before, I never needed so much of it at once. And since recipes require ingredient measurements for a reason, I knew it was vital for me to juice these plants.

I used a plastic baby spoon to help extract as much of the aloe gel as I could. It was fun but definitely messier than I expected. 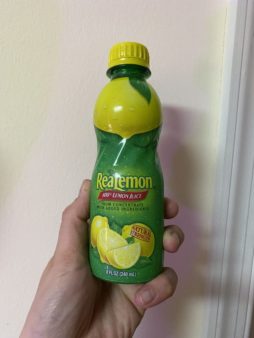 No matter what, it was still too watery. I was almost hesitant to add the lemon juice but did so anyway. Then I whisked up my concoction. According to Healthline, it was supposed to “turn the sanitizer into a gel.” That never happened.

It was nowhere near as consistent as the stuff I’d find in stores. It may have been done in a pinch, but let’s be honest here — nothing is better than soap and water. And in times like these, you really need to be as careful as possible and do the very best you can.

Since more and more people are trying hard to make their own hand sanitizer, it’s important to make sure you do it safely. CNET did a report about how plenty of people were mixing their ingredients incorrectly, so at least I wasn’t alone. “The shortages and buying limits have spurred people to make their own hand sanitizer using recipes from Twitter, Reddit, Pinterest, countless blogs and even a pharmacy,” CNET wrote. “But just because these recipes exist doesn’t mean you should follow them.” 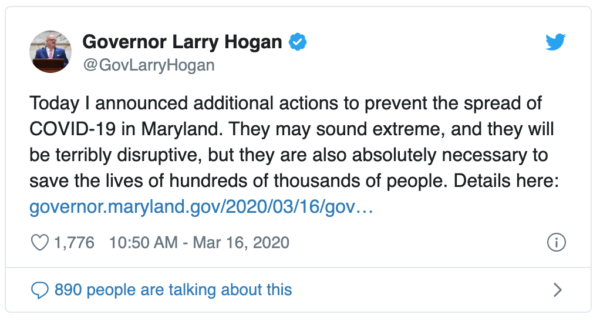 I will say, most recipes are very similar. It seems like aloe and a strong alcohol are the two key ingredients — obviously, the aloe helps soothe your hands while the alcohol kills germs. Much like regular hand sanitizer, it’s become harder and harder to even secure the items needed to make your own based on this crisis. So in a way I’m lucky I tried it out with the plants first — because the plants will also help bring some greenery inside my home when going outside has become scary. It’s sadly our reality these days. 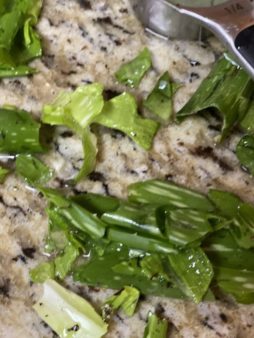 Experts say that hand sanitizer should only be used in cases where soap and water aren’t available. Washing your hands with soap is the No. 1 recommended way to protect yourself from getting sick. And making your own hand sanitizer may turn out to be a mistake, since the ratios can be off. So while this was a fun (and very strange) product, I’m using my homemade concoction only as a last resort — as in, “there’s no more water or soap in the house and things are dire.” I’d be foolish to use it after touching a cart or interacting with items outside my home. 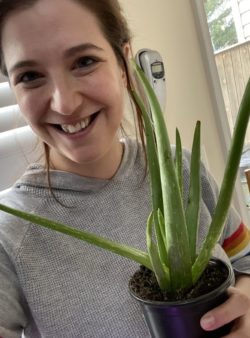 However, I will say that it was thrilling to DIY something, and even better to know that hand sanitizer isn’t all that advanced. Plus, dealing with a ton of aloe straight from the source made my hands feel like they came right from the spa. Aloe is wonderful and serves so many purposes — so having it in the house to help soothe your hands if excessive handwashing is drying them out is pretty amazing.

There are people out there who make their own soap as a craft, proving that DIYing these things can expand your mind — and save you a bunch of money. If you’re in a situation where you’re stuck at home, opening your mind and creating crafts like these can be incredibly beneficial for multiple reasons. 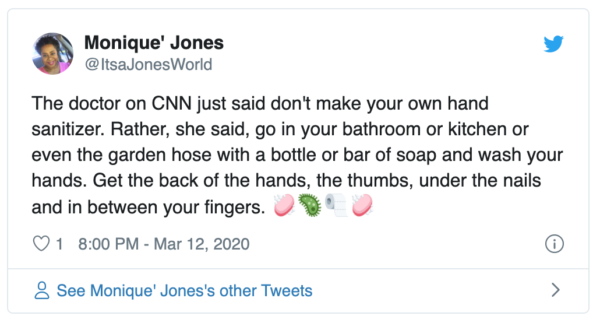 There are so many household items out there worth DIYing. And any other day, homemade hand sanitizer may have been a fun project. But because this is such a serious matter, it’s really important to do it right. Will I try again when my aloe comes from Amazon? (That is, if it ever comes?) Maybe — once I’m confident that I can actually do it right and once the threat is over. But all in all, I’d feel safer purchasing it in the store. Especially since a little goes a long way