Did Absinthe Really Cause Hallucinations and Murders?

Absinthe was consumed throughout Europe for centuries before becoming the infamous drink we now associate with wild Bohemian parties and eventual madness. But, the green drink has gotten an unfair reputation. It turns out that the concoction was dangerous for some very un-famous reasons. Read on to find out what the real story with absinthe is.

How Absinthe Was Made

At it’s heart, absinthe is a strong alcohol flavored with extracts of herbs, including anise and wormwood (so named for its stunning properties on intestinal worms). The French term for wormwood is absinthe, by the way. The most notable active ingredient in wormwood is thujone, a compound that in high doses is toxic. But, in properly-produced absinthe the amount of thujone was negligible and was certainly not enough to cause hallucinations, ill-health or death. 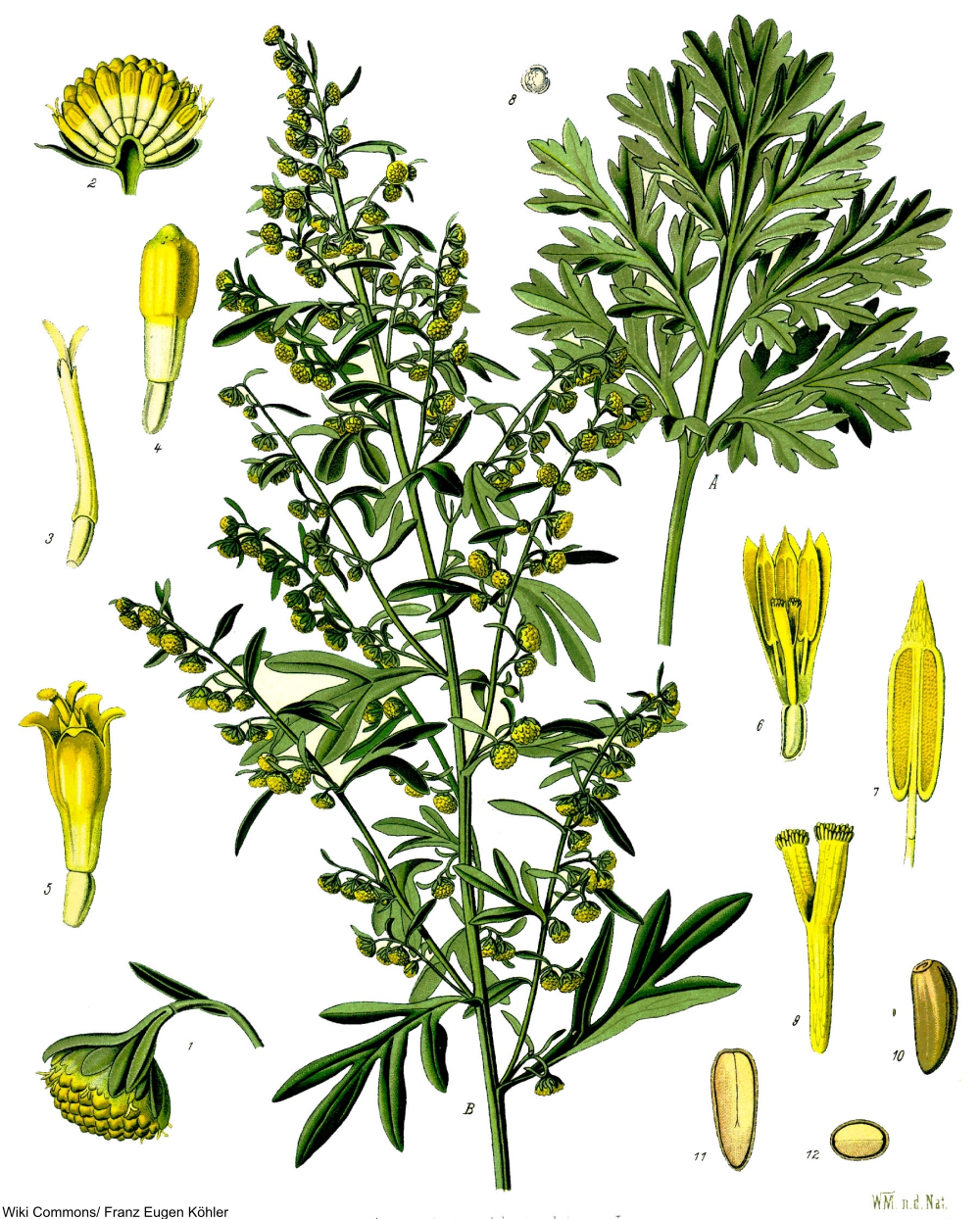 The final product was achieved either by distilling the herbs along with the alcohol (a process which developed during the Middle Ages in Europe) or by creating herbal extracts or tinctures and then adding them to grain alcohol. The latter was a much cheaper and easier process which met the growing demand for absinthe in the 19th century.

The Adultery of Absinthe

These cheaper absinthes were sometimes made using clear, cheap grain alcohol, something more akin to industrial ethanol or moonshine than to a liquor. To simulate the color and cloudiness of proper absinthe, budget absinthe-makers would add chemical compounds like antimony of trichloride or copper sulfate and chemicals like these in combination with cheap, toxic alcohol might well have caused hallucinations.

Cheap absinthes contained caused ill health and hallucinations when used over along period. Considering the popularity of the drink and the regularity with which it was consumed, the ill effects were soon commonly associated with all absinthes.

But it was not only the cheap stuff which raised concern. Since even the best absinthe has a very high alcohol content, those who over-indulged were bound to end up with some of the same problems that come with overconsumption of alcohol, few of which were well understood in the 19th century. 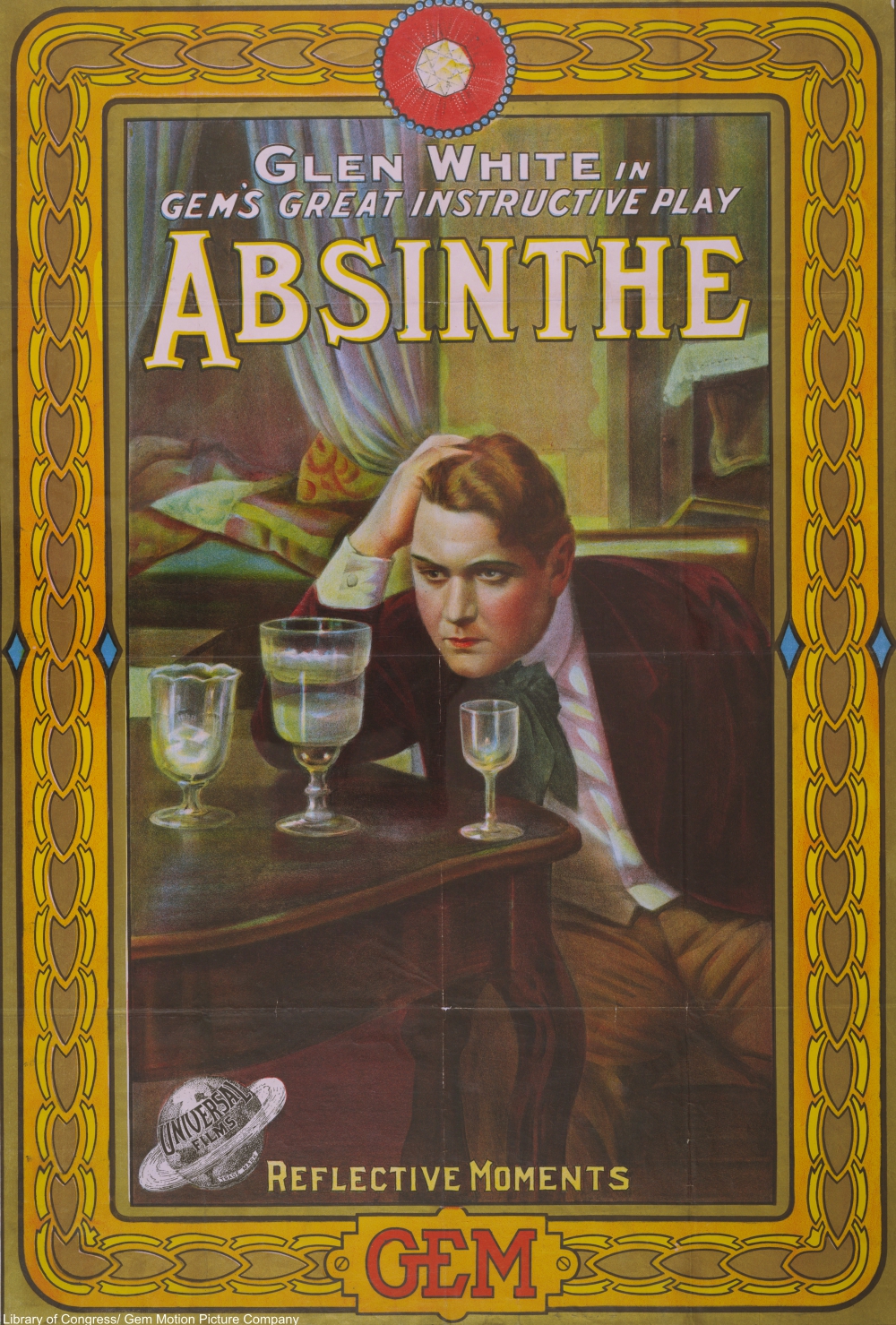 Absinthe was treated by the Temperance Movement in much the same way as regular booze – a dangerous societal influence that caused men to go crazy and commit crimes. The problem is that it wasn’t at all for the reasons that were publicized.

It was natural to assume that the wormwood in the drink was responsible for these symptoms, but modern research shows that while wormwood is toxic at high doses, it does not, in fact, have any hallucinogenic properties.

The bitterness of absinthe was historically cut by adding sugar and water. Wormwood, being one of the most bitter compounds on earth, needed all the help it could get.

The Green Fairy was said to be the spirit of absinthe, one which bestows magical visions upon the drinker, though this was almost certainly just the high-proof alcohol talking! 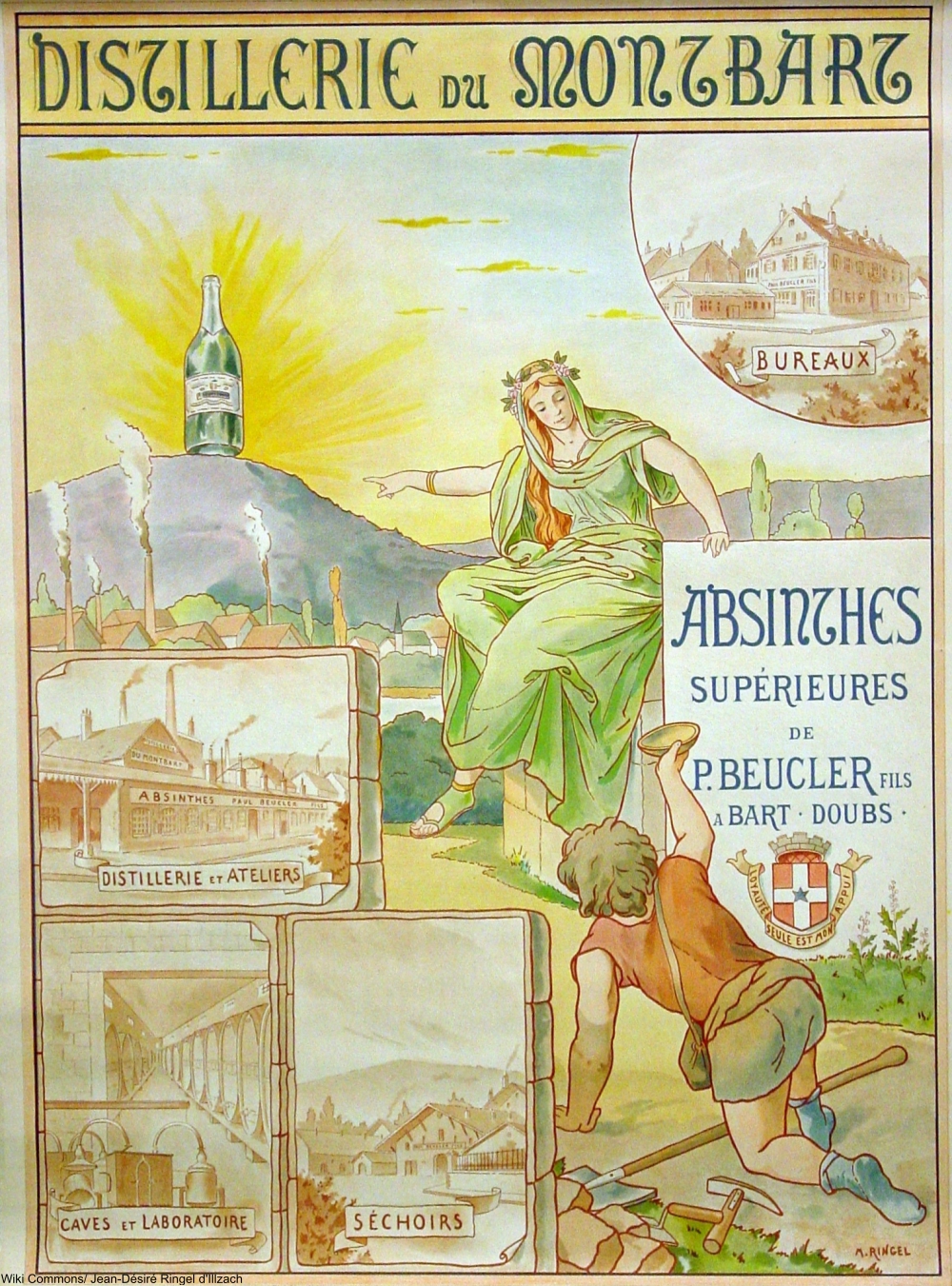 In the 19th century it was not only the alcohol content or the promise of the Green Fairy that appealed to absinthe-heads: the ritual of dissolving a sugar cube into the glass using an elaborate spoon and a slow trickle of water was mesmerizing for many among the fashionable crowds of America and Europe.

Absinthe Gets a Bad Name

While it wouldn’t be until 1935 that Alcoholics Anonymous was founded, Tea Totalers began extolling the ill-effects of alcohol in the 19th century. Health concerns were a factor, but the Temperance Movement was often more consumed with the societal effects of drunkenness. As such, absinthe was treated by Temperance Movement in much the same way as booze- a dangerous societal influence that caused men to go crazy and commit crimes.

Franklin D. Roosevelt supposedly added a bit of absinthe into his martinis, but casual absinthe use in the 20th century was not very common as it was outlawed in most Western countries before World War I.

In 1905 in Commugny, Switzerland, a delirious alcoholic named Jean Lanfray came home from a drinking binge and murdered his pregnant wife and two other children before turning the gun on himself. The fact that Lanfray had 5 different types of alcohol in his blood did not matter as much to investigation as the fact that absinthe was one of them. In the court case that followed, absinthe was blamed for his homicidal behavior. Switzerland was the first country to outlaw absinthe in 1910, using this case as a prime example of why it should be banned. Other countries soon followed. Absinthe was a form of alcohol, which meant that it was a target for Temperance legislation. 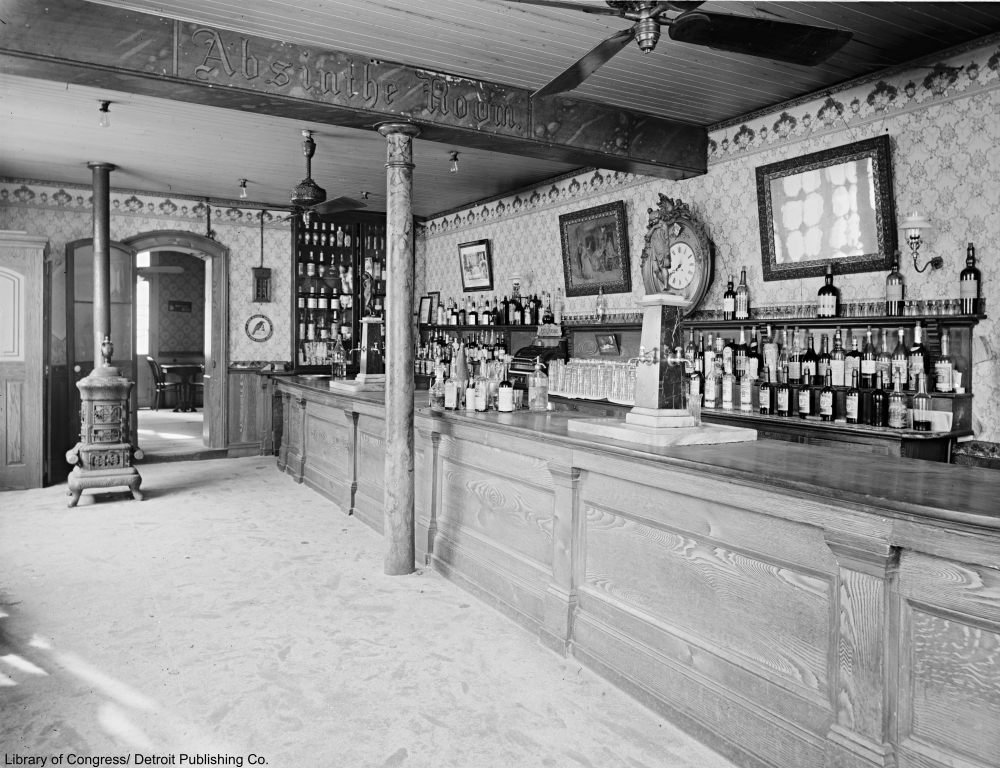 Absinthe bar in New Orleans in 1900. Via/Library of Congress

Absinthe became illegal in the U.S. in 1912 (and in other Western countries along a similar timeline), but up until then absinthe bars populated the chic areas of not just Paris, but also New Orleans and Berlin.

In 2007 the U.S. once again allowed the sale and importation of absinthe, provided it contains no thujone. Absinthe is legal in many countries today and is gaining popularity once more. As they did 100 years ago, absinthe drinkers still delight in the rituals, elegant glassware, and unique taste inherent to the drink. 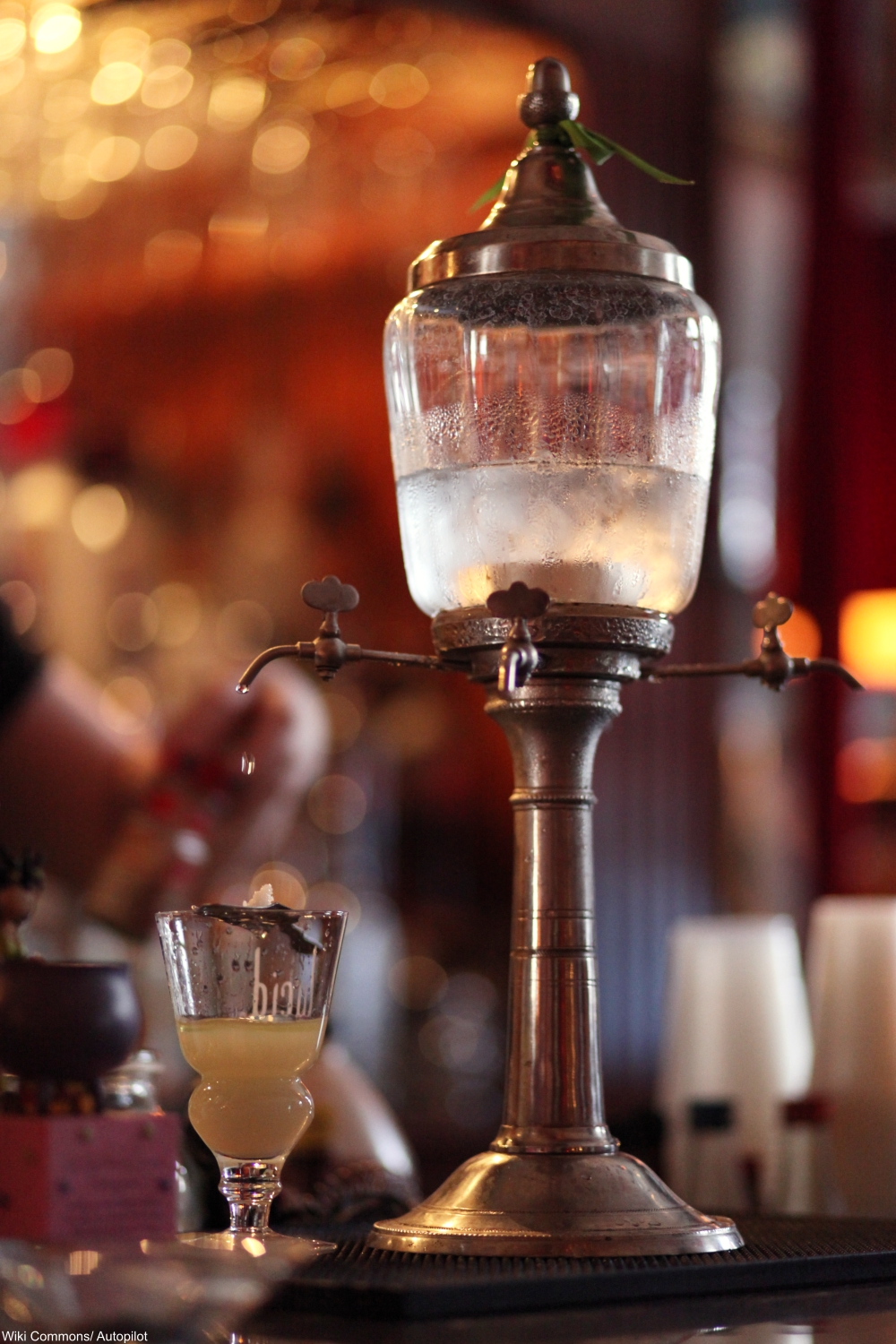 Click “Next Page” to dive into the complicated world of Victorian etiquette!