If you’re an admirer of antique furniture and decorative arts, than this is for you. When the family that owned an old cabinet decided to get it appraised, they discovered that it was quite older and rarer than they ever could have imagined. In fact, the chest in question was actually an undocumented 18th-century “Hadley” chest. Dating back to 1715, the oak chest is adorned with a rare polychrome design – multiple colors and a decorative compass. 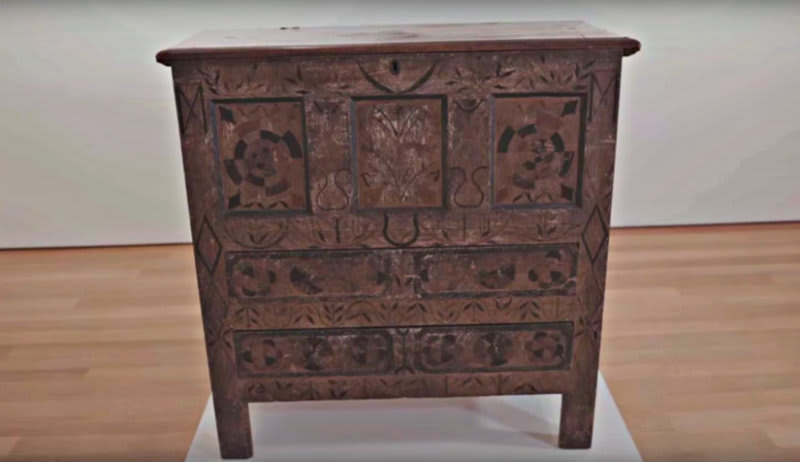 Hadley pieces get their name from the region in Massachusetts where they were made. Since only three other examples of polychrome Hadleys exist (they’re currently in museum collections), this particular piece reportedly sold for $800,000 at auction! Get a closer look at this magnificent work of art in the following clip from Christie’s.