Anna is a pig who has spent over an entire decade suffering and alone. No animal should ever be forced to go through what she went through — and she’s been through it all.

She was found locked inside of a barn. No one had come by to care for her in a very long time. The poor pig’s hooves were so overgrown that she couldn’t take one step without feeling terrible pain. 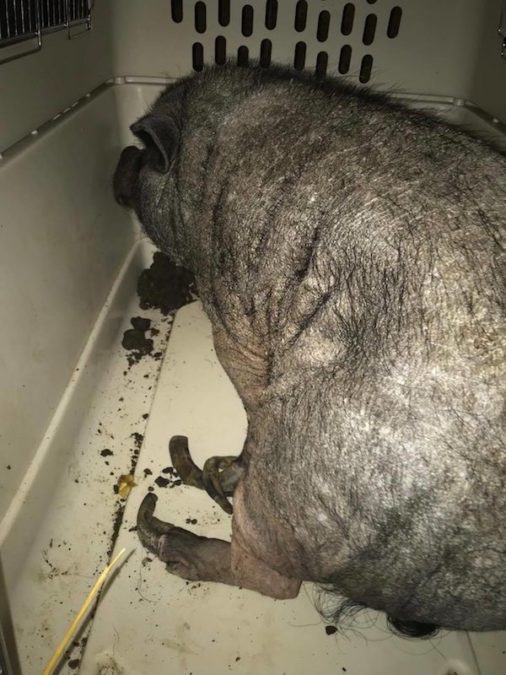 Anna had a whole slew of health problems, like bad eyesight, poor skin, and arthritic bones. She didn’t know what the touch of a human being felt like before she was rescued. She’d never spent time interacting with other animals.

She had been deprived of an social interaction at all, and had been made to live a life of isolation.

Pigs don’t enjoy spending tons of time alone like this. They’re actually social creatures by nature, making the story of Anna’s life before her rescue even more heartbreaking.

But luckily, she was rescued. 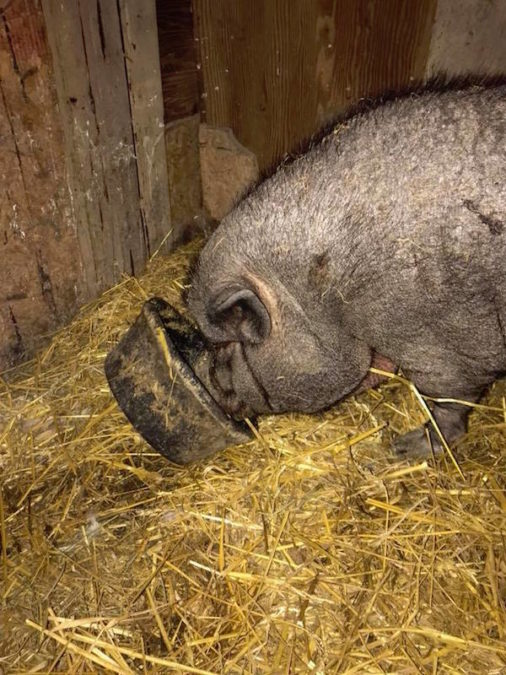 Happy Tails Farm Sanctuary finally freed the pig from her captivity, and gave her a brand-new lifestyle.

But it was Ralphy’s Retreat Sanctuary that found out about the situation first, and called Carla Reilly Moore, the founder of Happy Tails Farm Sanctuary, to let her know what was going on. 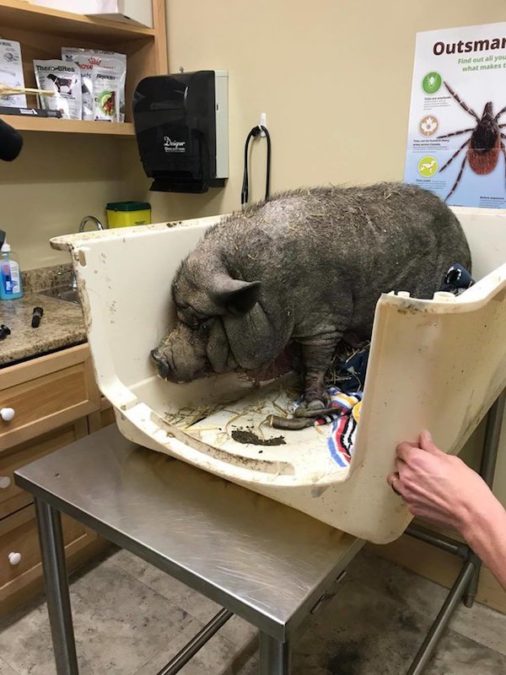 Thankfully, the pig’s prior owners were caught as well, and are facing a series of charges for their treatment of Anna, including abandonment, criminal neglect, and animal cruelty.

Because Anna was an older pig, her prognosis seemed bleak at first. After everything she’d gone through, it was going to be hard to recover as a not-quite-so-youthful piggy.

Carla took her to the vet’s office, and they got right to work. Her broken hooves were mended, and she got a nice, warm scrub-down in a bath. 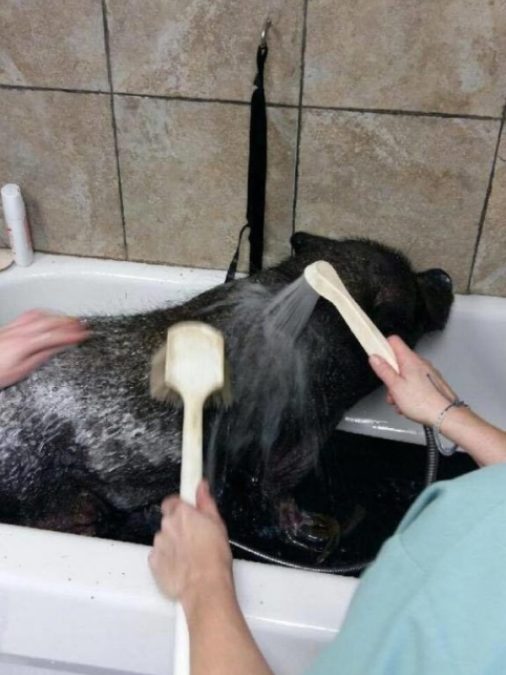 Once she was properly taken care of, her personality began to peek through.

Carla has shared Anna’s incredible transformation with the world via her posts and videos. We’re so happy that Anna is being treated well these days and is no longer imprisoned.

To see more of Anna’s new life, take a look at Carla’s videos.