More than a hundred marine mammals are being held prisoner in the Pacific Ocean, near the city of Nakhodka in southeast Russia. Trapped inside small, cramped enclosures, the powerless cetaceans are unable to escape.

Instead, they await an unknown fate.

According to Whale and Dolphin Conservation (WDC), a wildlife charity based in the UK, it’s the largest number of trapped marine mammals they’ve ever seen. The likely illegal holding area area is being referred to as a “whale jail,” and an investigation is underway.

From what the drones have captured, it looks like there are 90 beluga whales and 11 orcas being held captive.

While it’s still unclear exactly why these majestic sea creatures are being held in these jails, one theory is that it’s a type of holding area until they can be sold to various ocean theme parks in China.

Marine theme parks have become a booming business in China. There are already over 60 of them scattered throughout the country, according to The Telegraph, and 12 more parks are being built.

These marine parks will pay upwards of $6 million for a whale.

Current international law states that buying and selling cetaceans for entertainment purposes is forbidden. Unfortunately, the trade is approved for educational or scientific purposes.

This leaves plenty of room for loopholes. Some companies “rent” the whales as a means of getting around the illegality of selling and buying, while many people in the trade simply ignore the rules altogether.

There are four companies responsible for the whale jail in the Pacific right now. From 2013 to 2016, they sold 13 orcas to China. They claim that the sale of these orcas were for scientific purposes, and since the capture quota is capped at 13 whales per year, those sales were technically legal. 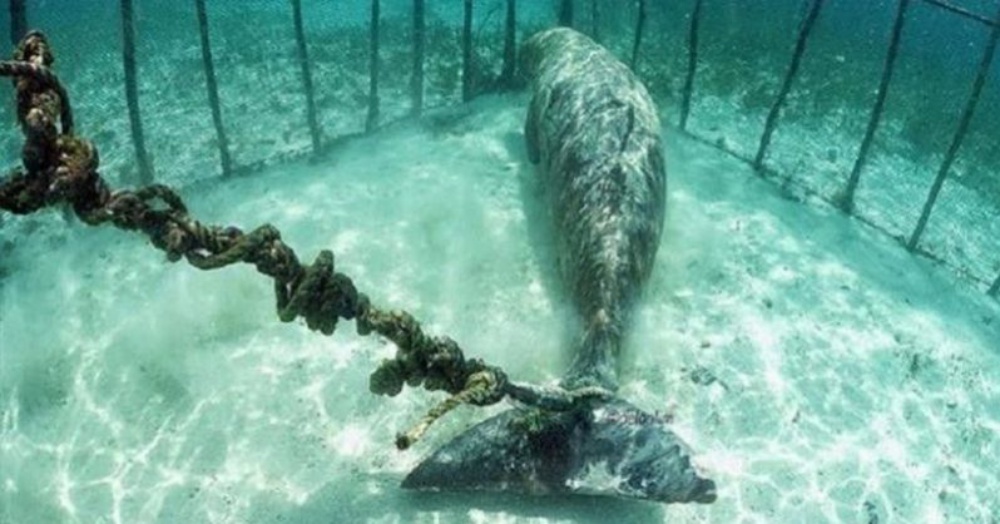 But now that they have over 100 sea creatures in their whale jail, prosecutors are crying foul and digging into the details of their captivity. They are trying to get a better look at how they are being cared for. Greenpeace Russia is disgusted with the situation, saying that the cetaceans’ living conditions amount to “torture.”

On top of that, it looks like infant cetaceans are also being held captive. This is not allowed in any circumstance, “educational” or otherwise. Keeping infants confined and jailed like this could damage them during critical growth in their lives; and capturing this many of them at once (no matter their age) could have a lasting and devastating impact on the entire species.

“The capture quota now is 13 animals a year, but no one is taking into account that at least one orca is killed for every one that is caught.”

Learn more in the video.