Four Marines Get Together To Recreate 50-Year-Old Photo

50 Years ago in 1966, four Marines gathered together on a beach in California. Fresh out of basic training, the men were enjoying a rare bit of down time. It was a pivotal moment for the four — Bob Falk, Dennis Puleo, Tom Hanks, and Bob DeVenezia were getting ready to go to war, so they decided to capture the moment with a photo. 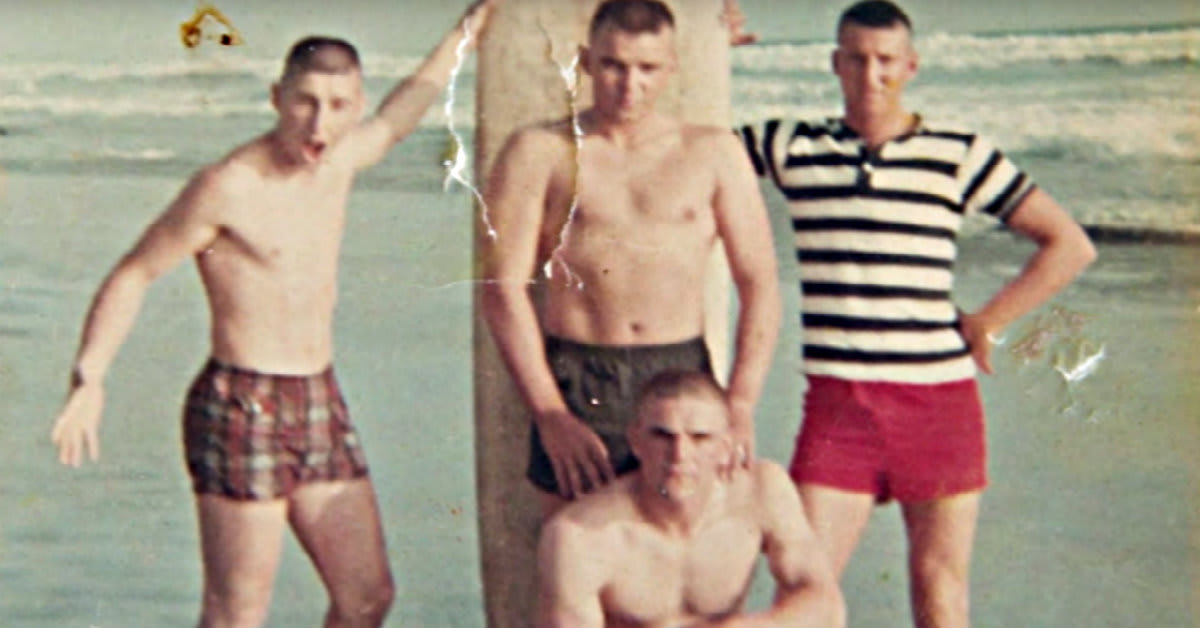 Fast forward to 2011. After surviving and enduring the rigors of war, the four friends had somehow lost touch; that is until Falk came across an online memorial Hanks had created for a fellow veteran who had recently passed. The two got to talking, and eventually all four friend got back in touch. Eventually they planned a reunion, after Hanks came across the 50-year-old photo and got the idea.

These four Marines — these four friends — trained together and fought together in the Vietnam War. And while the surfboard may be new, the beach may be different, and they’re all a bit older, the feelings remain the same. See their touching reunion, and how the new photo turned out, in the clip below.