The 1952 Monster Sighting That Prompted a Government Investigation

On September 12th, 1952, a strange sighting made witnesses go faint, feel nauseous, and become very frightened. In Flatwoods, in Braxton County, Vest Virginia, a mom who was walking with some local kids and a dog were all spooked by what they later described as a monster. The creature had a round face, talon-like hands, and was strangely said to have been wearing a pleated green skirt and pointed hood. 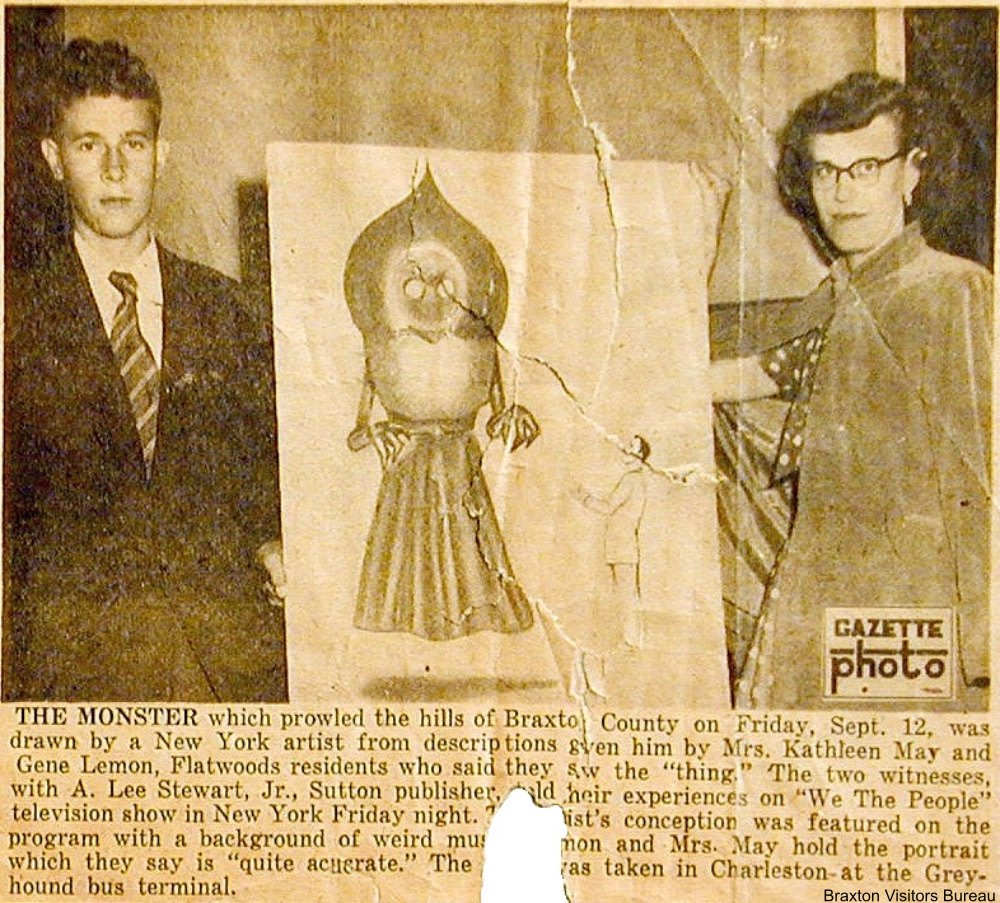 Gene Lemon and Mrs. May pose with a drawing of the monster. Via/ Braxton Visitor’s Bureau

Circumstances around this monster sighting have remained a bit hazy. A group of kids were outside when they came upon a strange sighting. Brothers Ed and Freddie May were playing with their friend, Tommy Hyer, when they saw a flash of red light land from the sky and presumed it was a UFO. They ran to tell their mother, and by the time they reached the “crash site” 3 more kids, including 17-year-old Army Reserve member Gene Lemon, and a dog had joined them. What they saw was so terrifying that one boy reportedly peed his pants. 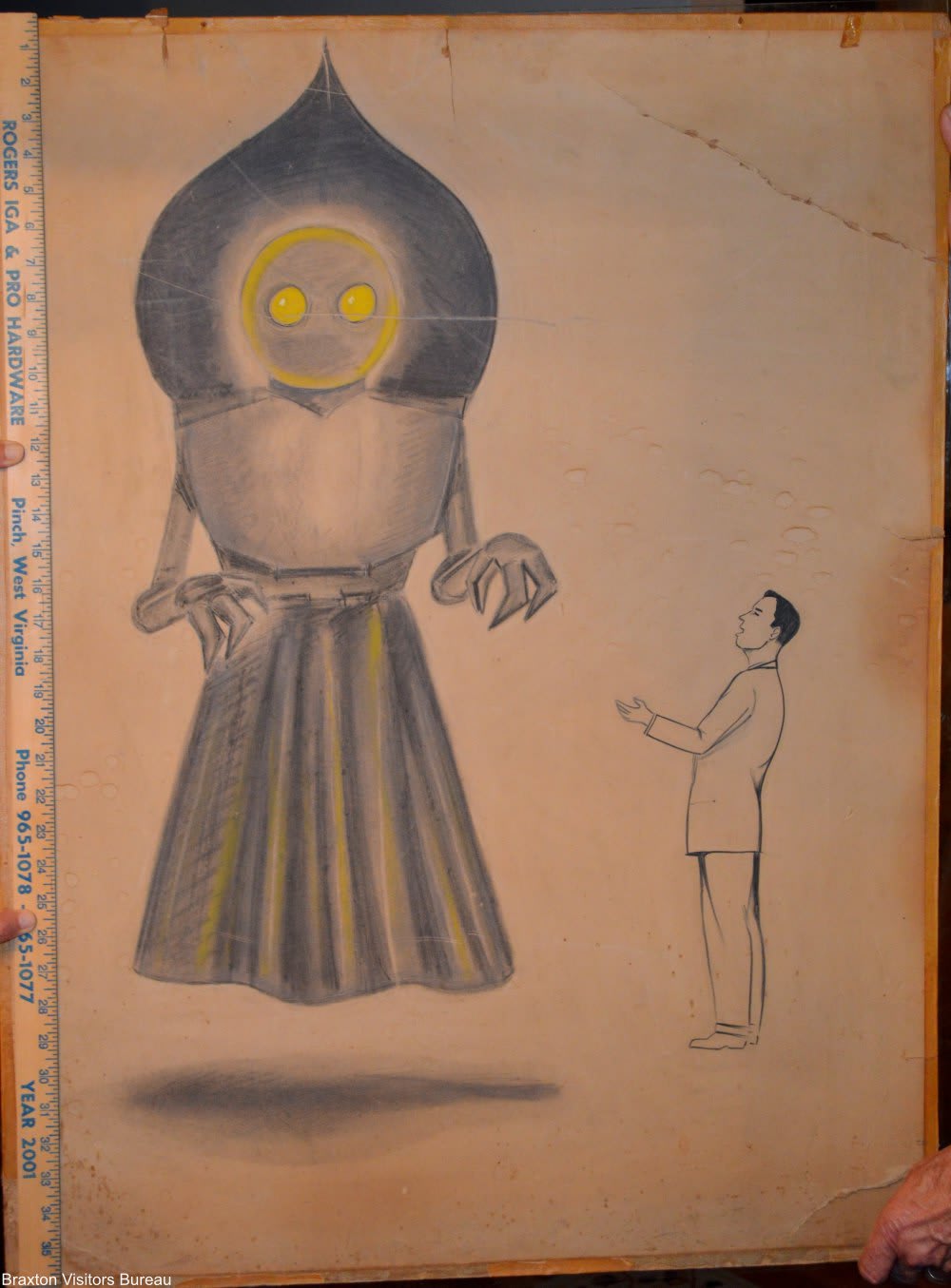 They claim to have seen a 10 foot tall monster with glowing eyes, a pointed hood, wearing a green tunic or skirt. Their terror ignited many headlines in the days that followed. At the time, science fiction and UFO sightings were beginning to become a worldwide fixation. The reported sighting prompted a U.S. Air Force Project Blue Book investigation, the results of which were that the group had simply seen a meteor shower.

Military officials stated that the meteor shower that night may have cast a red light on the scene, which witnesses claimed was pulsating from the creature himself. They also claimed that the height, talons, eyes, and green color “garb” could have been explained by a startled barn owl high up in the trees, green leaves obscuring the witness’ view. Curiously, there was no meteor shower reported for that night. 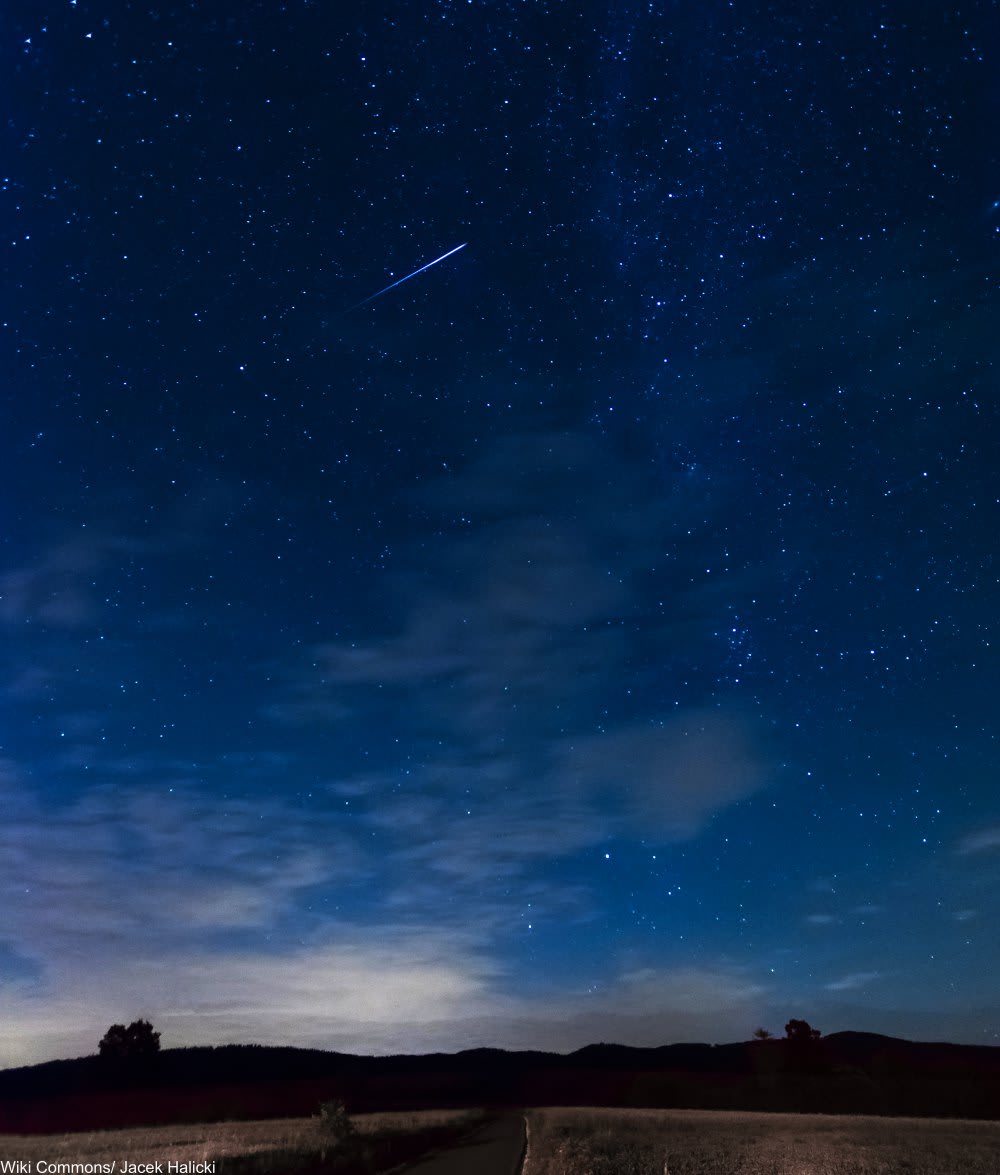 Other strange things were reported by witnesses that night: strange smelling fumes which irritated the boys’ throats and made them feel nauseous, and weird shrieking noises. The group also said they witnessed the creature flying or bobbing over them, which would be in line with the owl theory. And the smell? This has been attributed to a specific type of grass which grows in the area, while their symptoms were thought to have been from sheer fright. 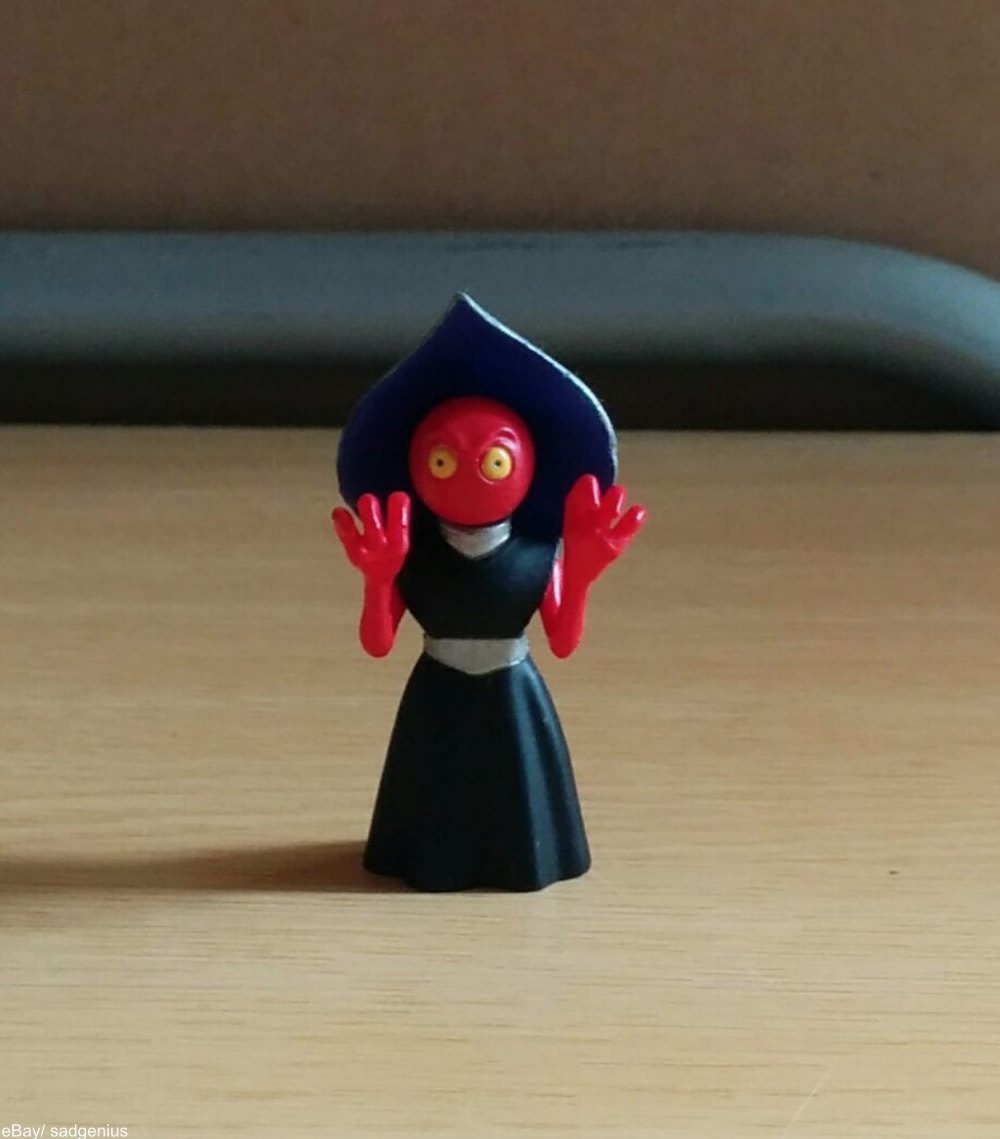 Go on eBay today and you will find a number of Flatwoods Monster toys, key chains, and collectibles aimed at the sci-fi crowd. And the Flatwoods Monster has now become a Southern legend, with many interested tourists still visiting the town decades later. The Braxton County Visitor’s Bureau has played up the area’s history with a series of giant chairs, big enough for the monster himself, painted in likenesses of the creature. The town even holds yearly festivals in honor of the creature which has brought them so much tourist business over the years.